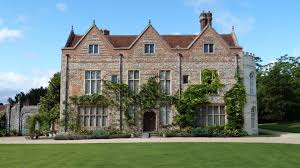 In early May, I visited Grey’s Court near Maidenhead in Berkshire, which like Wolf Hall, is a Tudor house with many additions from later centuries. It possesses a series of courtyards, outbuildings, medieval towers, magnificent gardens and a bluebell wood. As I walked around Grey’s Court I thought of how Wolf Hall could have appeared to the eye during the … END_OF_DOCUMENT_TOKEN_TO_BE_REPLACED