Ailenor of Provence, the heroine of my new book The Silken Rose was a leader of fashion during the thirteenth century. She was an impoverished princess from Provence but once she married Henry III money was no object. Plus her older sister, Marguerite, was married to the King of France and Ailenor, certainly not wishing to be outdone in the fashion stakes, introduced French ideas to England. Ailenor was beautiful, charming, educated, and cultured. Above all she adored cloths and fabrics, as indeed did Henry III. 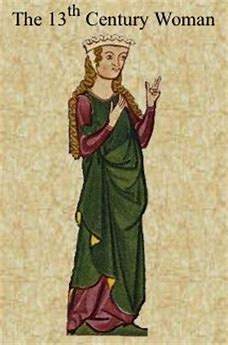 What would the nobility have worn during this era? Evidence can be discovered in manuscript illustrations, paintings on glass, in pipe rolls, wills, and on statuary. A number of tombs have effigies which give us impressions of ornaments such as miters, brooches, girdles and rings. Henry III wore shoes with an embroidered pattern on his tomb effigy placed in Westminster Abbey. 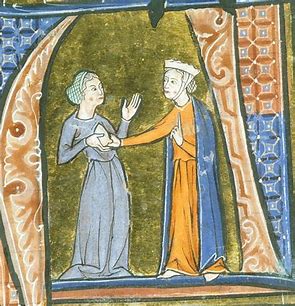 During the medieval period, dress was made of three basic materials—linen used by nobility mostly for undergarments, wool and silk which had various names such as sarsinet, damask and so on. Winter clothing was often lined with fur and skins. The most popular status conferring fur for a queen was the gray and white winter squirrel known as minever. Ermine, the winter coat of a member of the weasel family was reserved for royalty and those with a high social rank. Ailenor’s cloaks would have been lined with ermine. 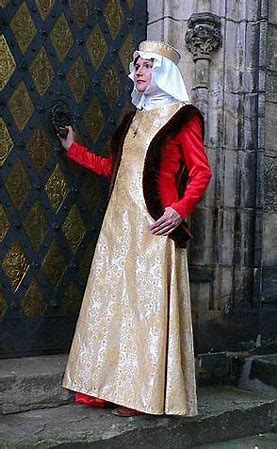 A very valued woolen material was scarlet. It was red using the expensive insect-based dye called kermes. This is where crimson comes from. A yard of scarlet cloth would have cost a mason fifteen days wages. Velvet was an expensive silk fabric during the thirteenth century—just arrived! Ailenor would have worn velvet.

By the second half of the thirteenth century there was a huge variety of patterns. The earliest patterned medieval silk was exported from Sicily. Palermo silks were admired throughout the courts of medieval Europe. Many preferred patterns were geometric or heraldic designs. Beasts and birds arranged in scenes of nature, castles, fountains, islands, ships, entered High Medieval patterning and I like to think of Ailenor using these to edge her gowns.

During the thirteenth century armholes of the under-dress were tight. The over gowns were sleeveless and a fashion for deep armholes arrived from Spain. Hems of clothing were often slashed and cloaks opened at the front and tied with a cord developed a gorgeous cascading effect. 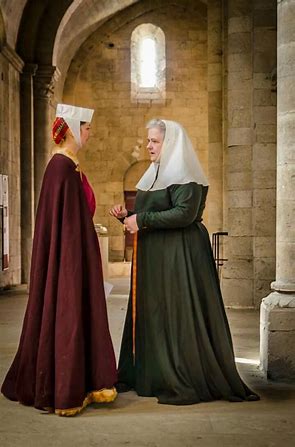 Embroidery was generally confined to borders of garments and this reached a high peak of perfection during the thirteenth century. Opus Anglicanum work is important in the subplot of The Silken Rose. This beautiful gold and silver embroidery shimmered as the wearer moved especially in candlelight. It was valued throughout the courts of Europe as well as for non-secular garments such as copes.  Opus work appears in purses and on belts. 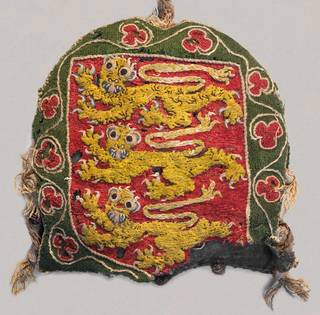 Head gear was a way to express individuality as were hairstyles, so what is new! A woman wore a wimple swathed about the chin. It would be drawn up at the top and pinned. A veil was thrown over the wimple. Netted hair became fashionable. Ailenor favoured hats with the wimple or veil or both. She introduced the fashion for wearing a dagger on a low slung belt or zone as the belt was occasionally names especially if studded with jewels. Hair was also bound into crispinettes worn at the sides of the head or one at the nape of the neck and then the hat, veil, or wimple added or not! The chin strap became the fashion. It was known as the babette and the hat or headgear was attached to it. A woman’s coif resembled the pill box hat made fashionable by Ailenor of Provence. It could be severely plain or fluted. The net acquired the name of crespine or crispinette and could be coloured or made of fine gold or silver threads. The hair could be elegantly bulked out with padding over the ears and then covered with the net. 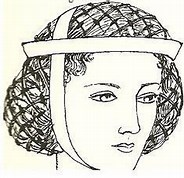 Shoes began to develop the pointed toe and could be richly embroidered though mostly for indoor wear. At this time if you had money there was generally freedom from sumptuary rules except for prostitutes. In England they were required to wear a striped hood. Jews were supposed to wear a pointed hat and yellow badge. For the most part during King Henry’s reign this sensibly was lax. 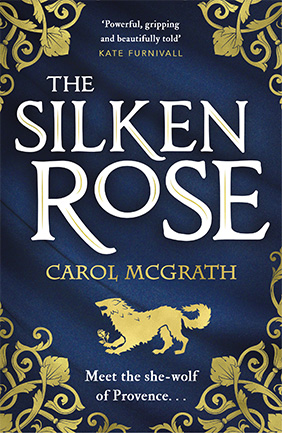 The Silken Rose is out now and available as an e book https://tinyurl.com/s98nq3t

Please join my monthly news letter using the link above