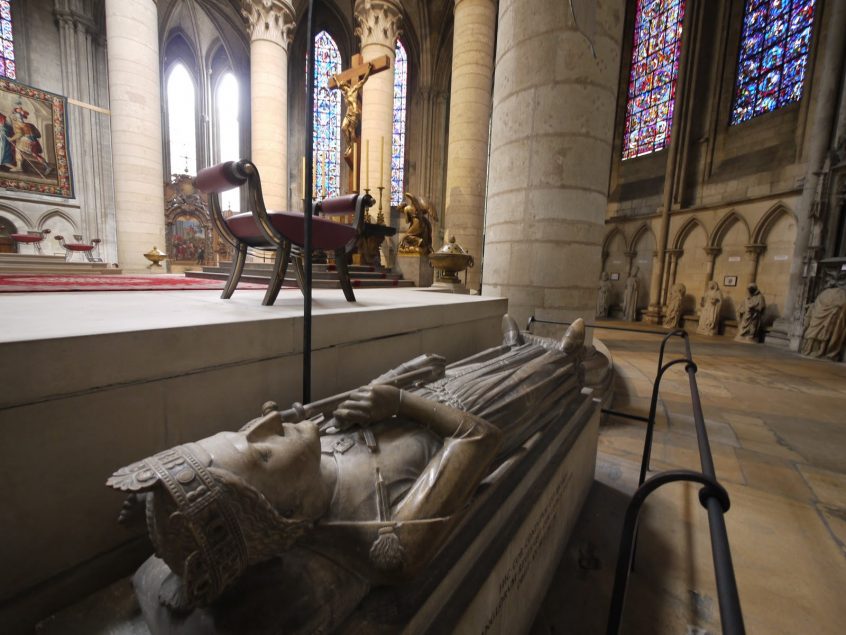 It is the edge of Winter, a liminal time and the trees in Normandy have great balls of mistletoe growing amongst bared branches. In Norman towns people are preparing for Advent, hanging municiple decorations and holding Christmas craft markets. So, last week, we set out from our borrowed farmhouse in the Norman Bocage to visit places we had not seen in four years. It was bitterly cold but the skies were blue and because the tourist season is past, we had Bayeux, Mont Saint Michelle and Falaise almost to ourselves.

I have been reading a novel about Eleanor of Acquitaine so in Rouen Cathedral it was moving to see the tomb to her favourite son, Richard Coeur de Lion. It contains his heart. His body is entombed elsewhere. The Cathedral is magnificent, possessing an austere beauty and atmosphere, its Romanesque skeleton and pillars the colour of bleached bones. As for the colourful old city with its plethora of half timbered houses-I could imagine the ghost of Emma Bovary flitting about Rouen’s medieval streets and courtyards. 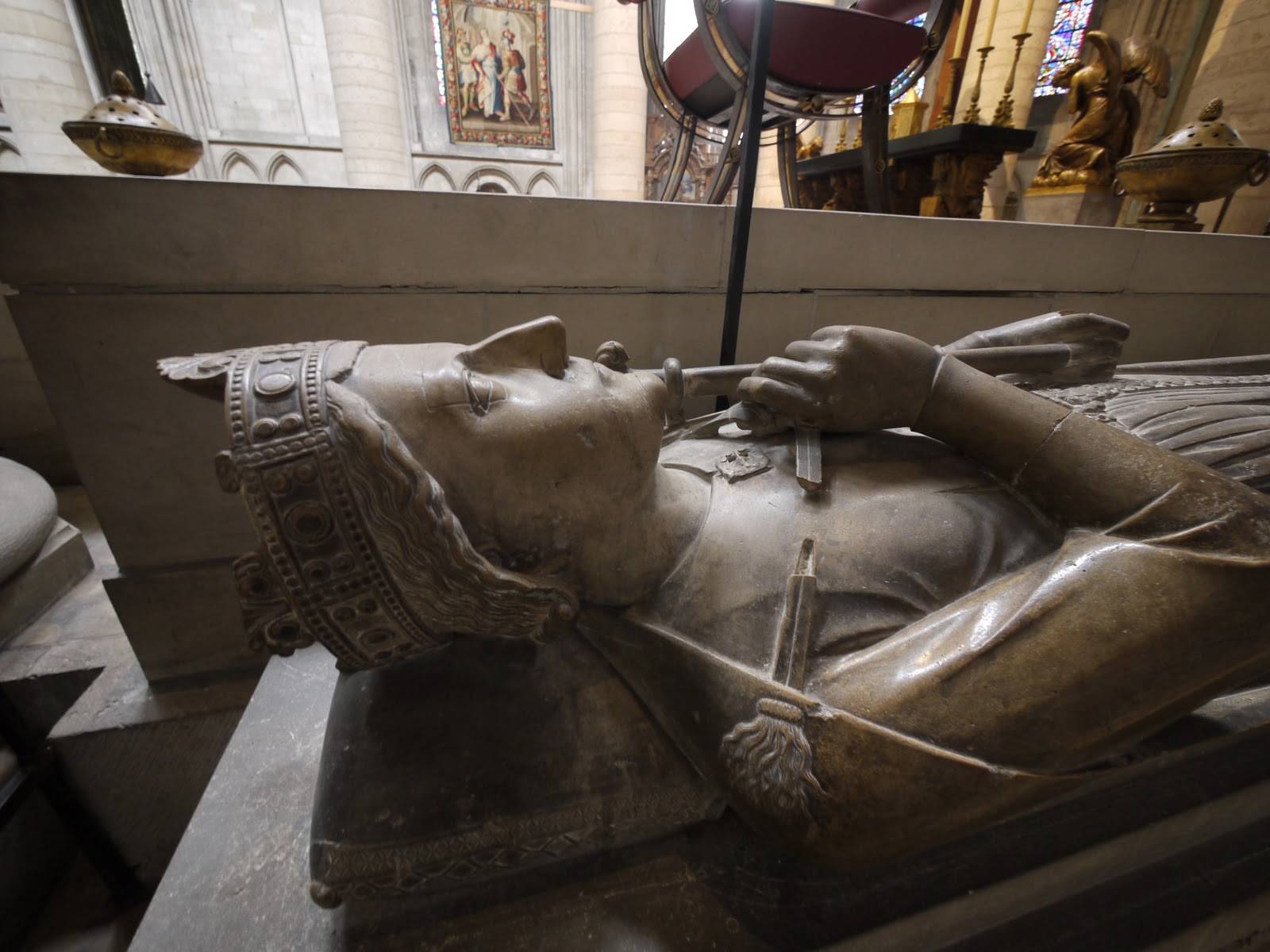 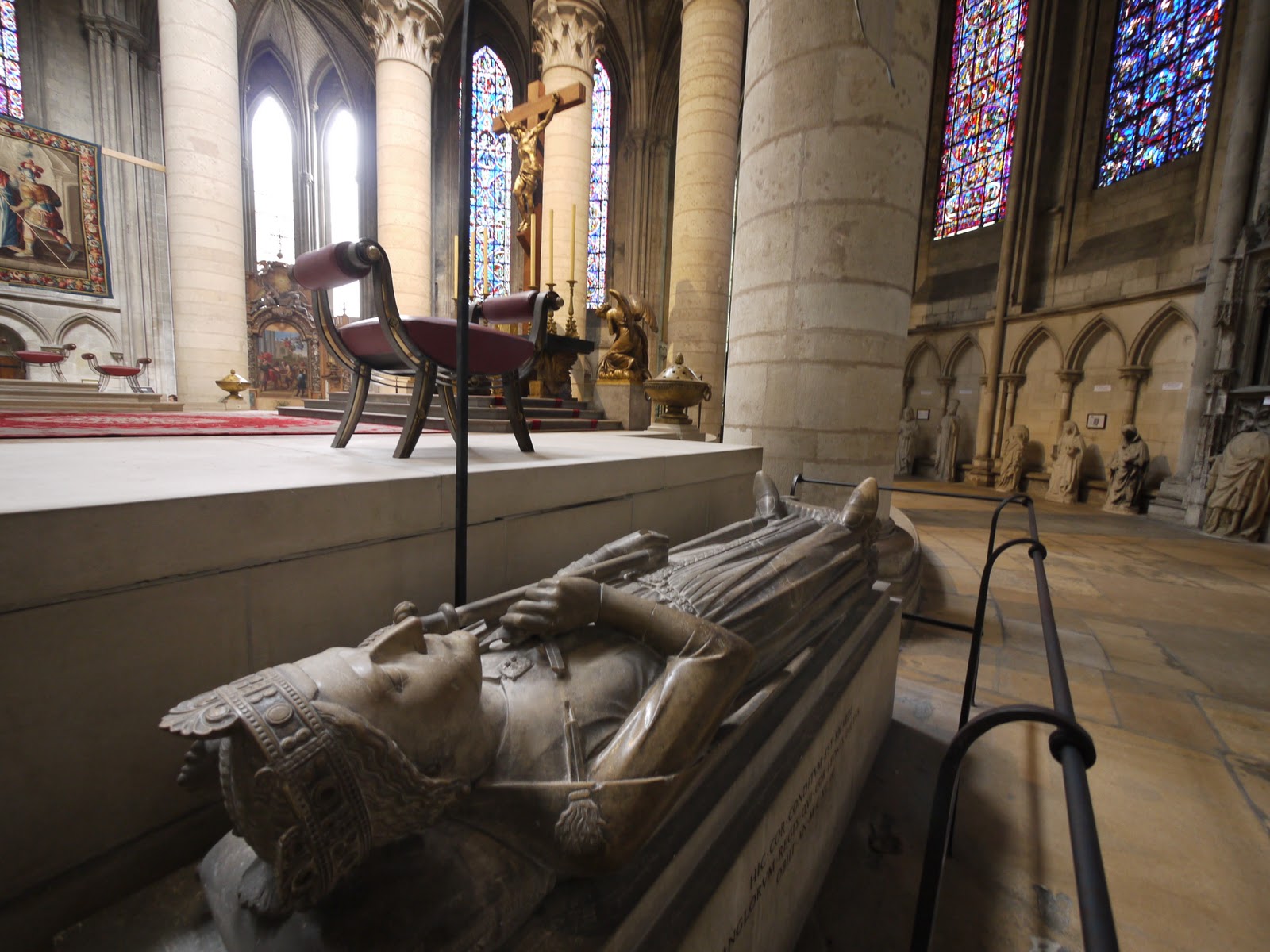 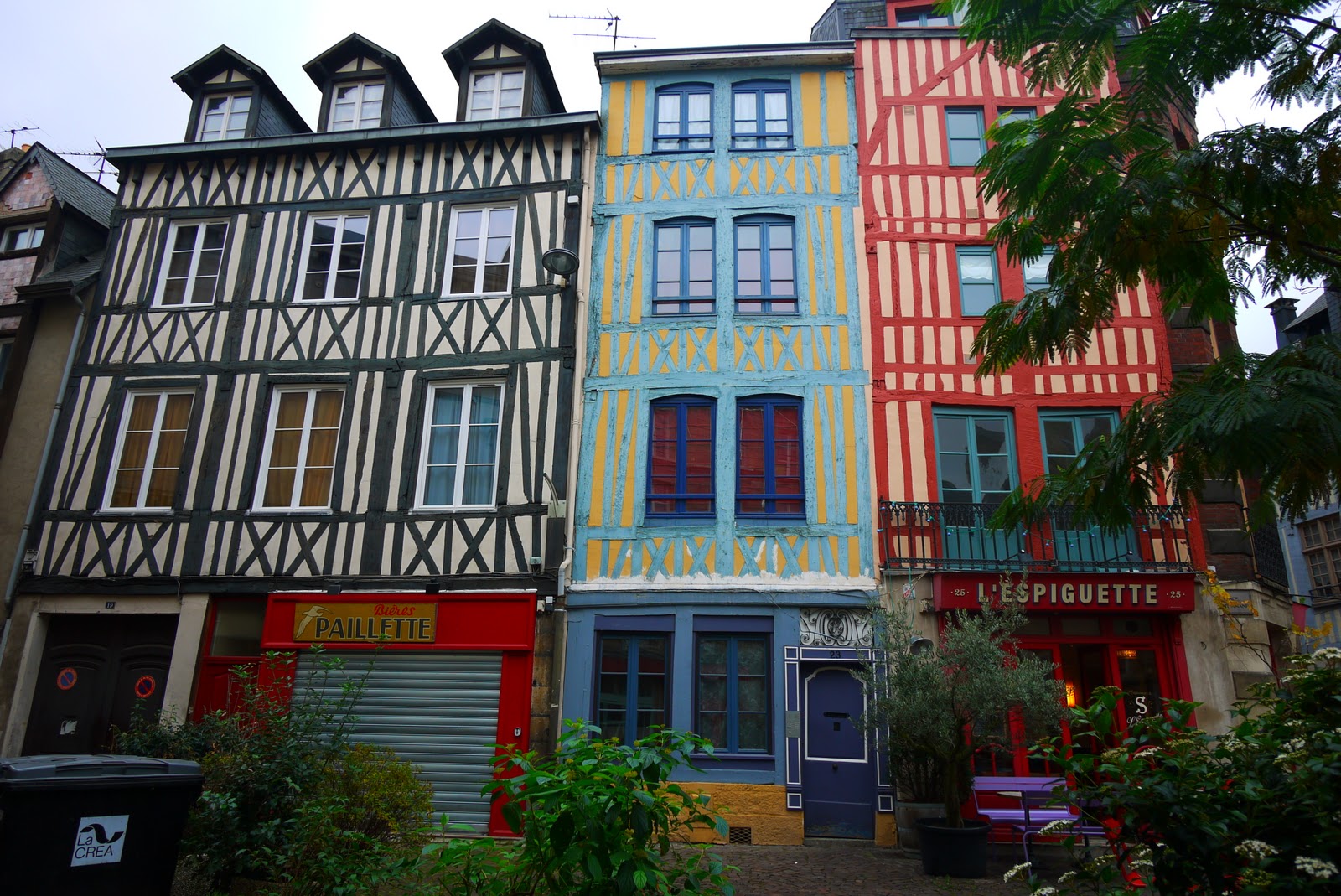 Everytime I visit Bayeux I try to focus on something different in the Tapestry and each time I find myself being distracted by some new and hitherto un-noticed detail. This time it was the small things that caught my eye, notably the blazing comet that to the medieval mind signified a dramatic change in a kingdom’s rule; the hand of God so elegant and significant reaching in blessing from the border; tiny figures ploughing, who, in the face of great events, represent life circling through the agricultural year, the figures and animals both filled with energy. 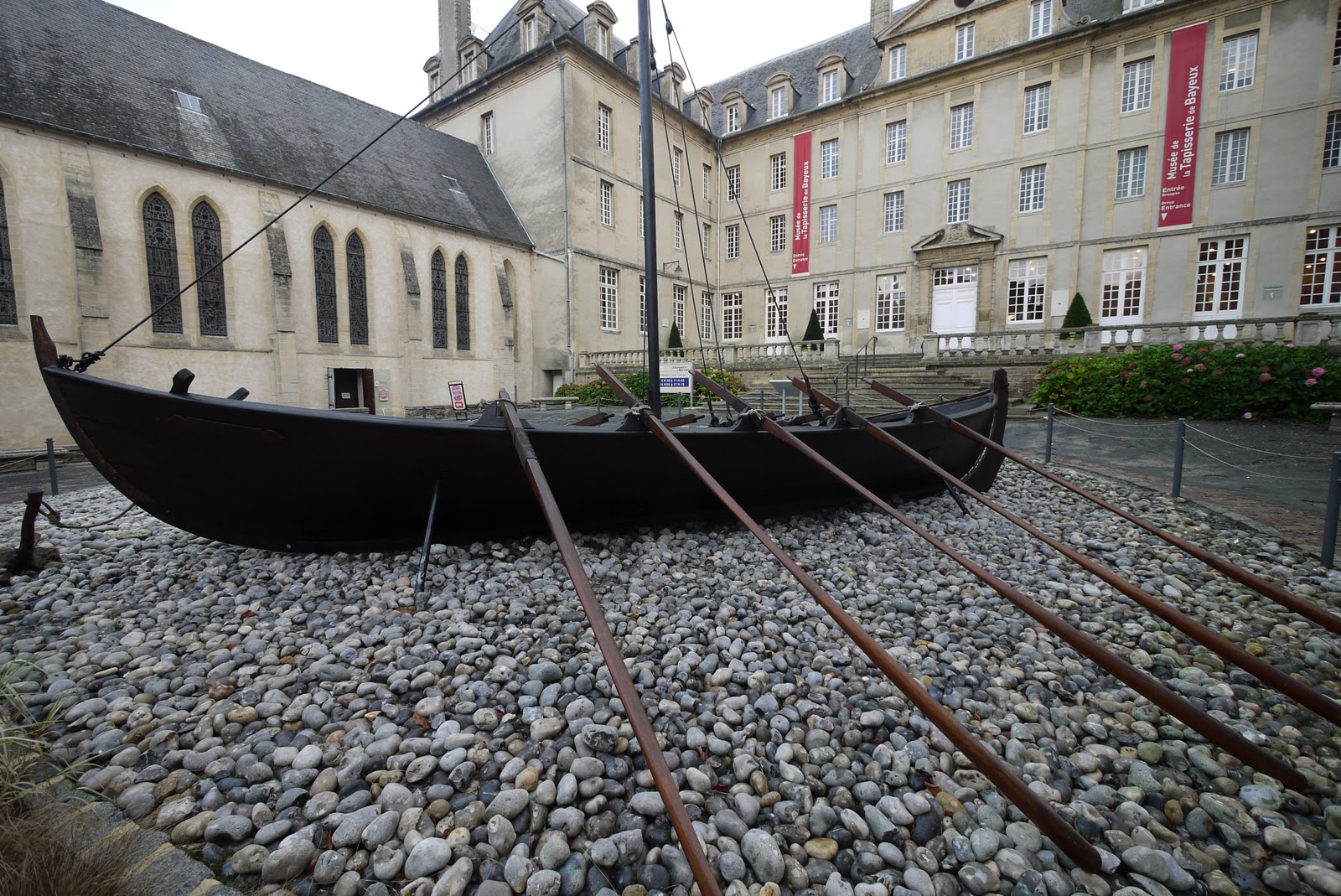 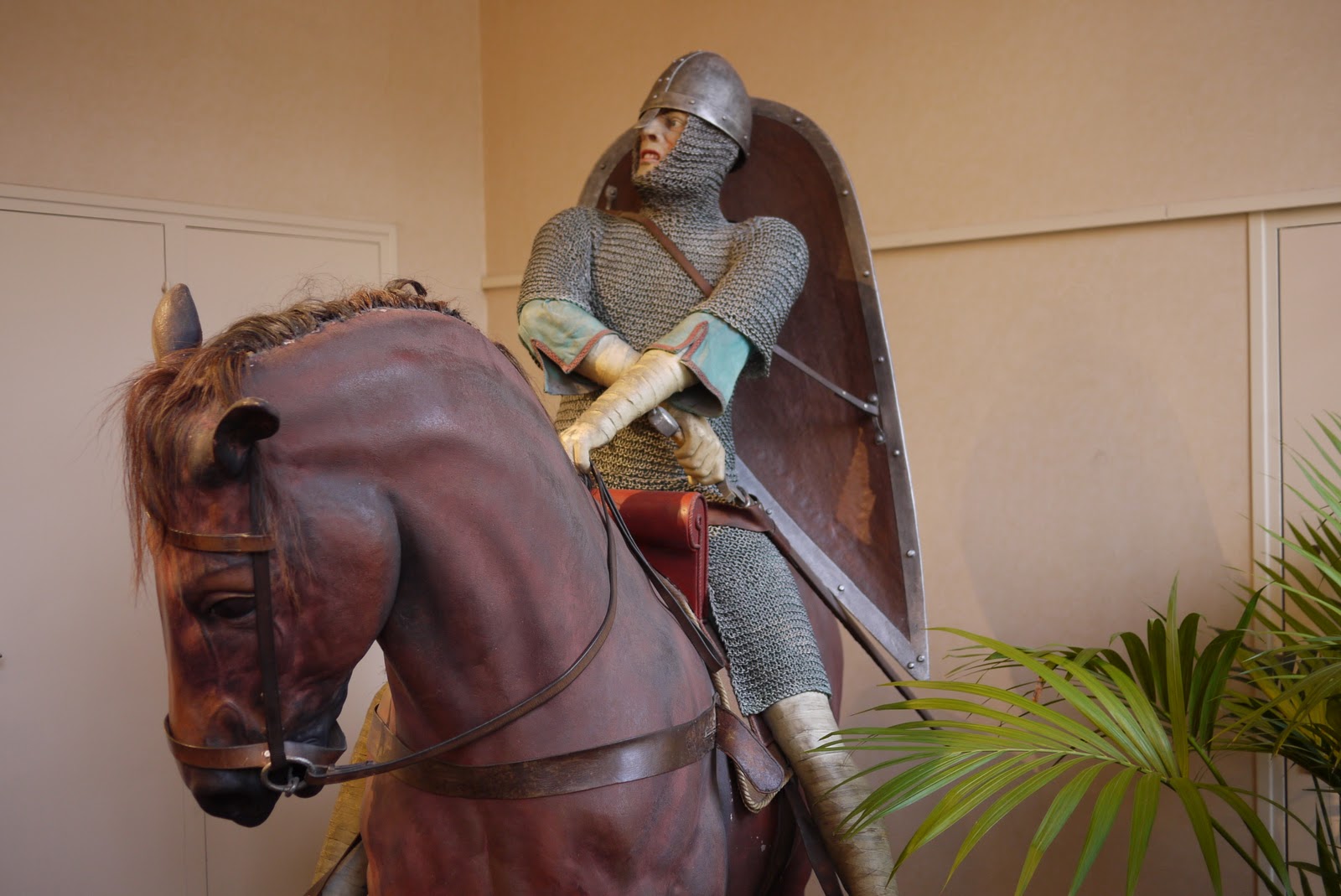 Gothic Mont St Michel is perched high on a rocky island surrounded by sands. When the tide comes in and the sun begins to set the Abbey is at its most atmospheric. I discovered my favourite views just by walking around the outside of the small town. On this route the jewel in the rock reveals itself to be a tiny garden with a statue of St Christopher, secret and tucked away beneath the looming abbey church. Below me miniscule figures walk the damp tidelines. 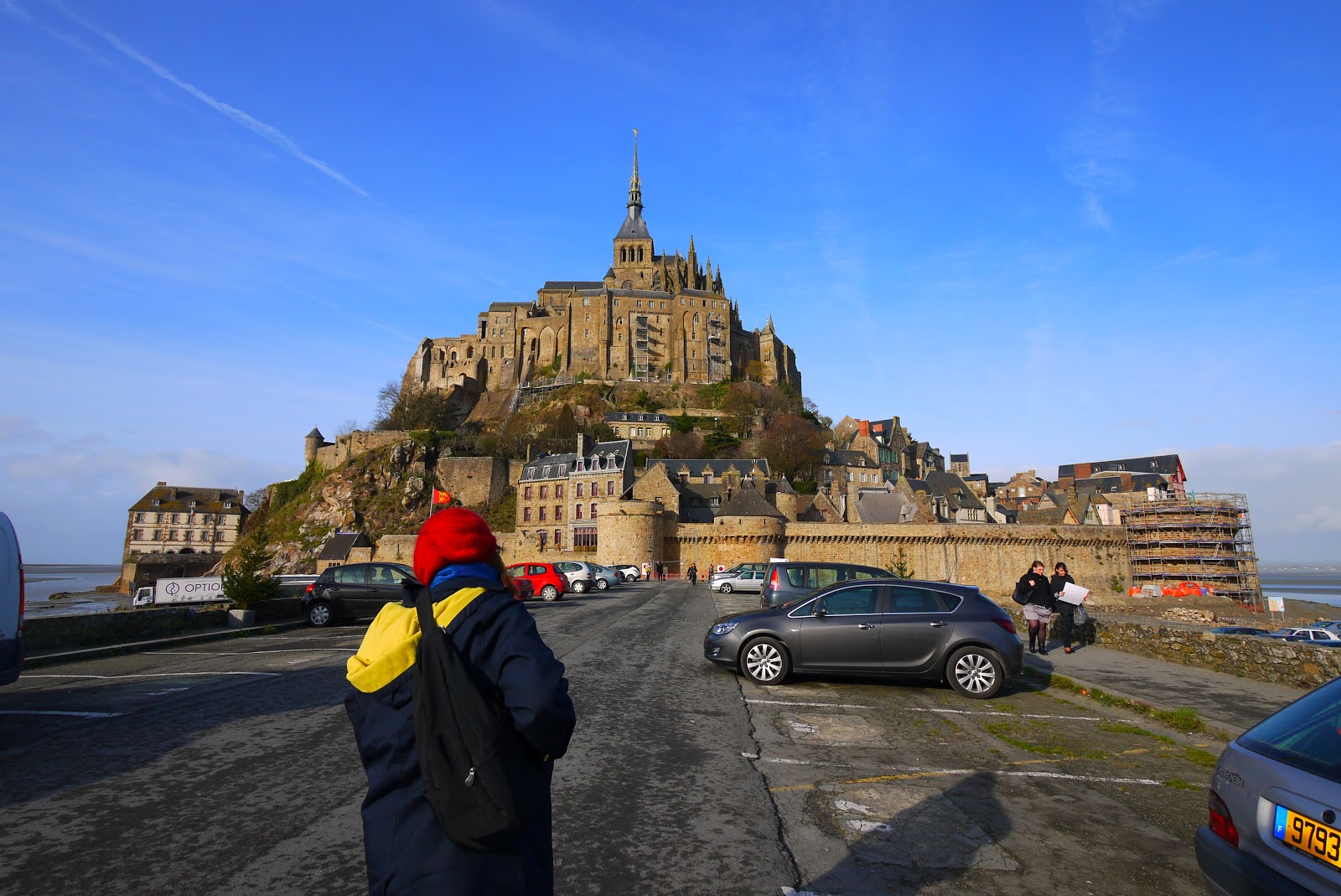 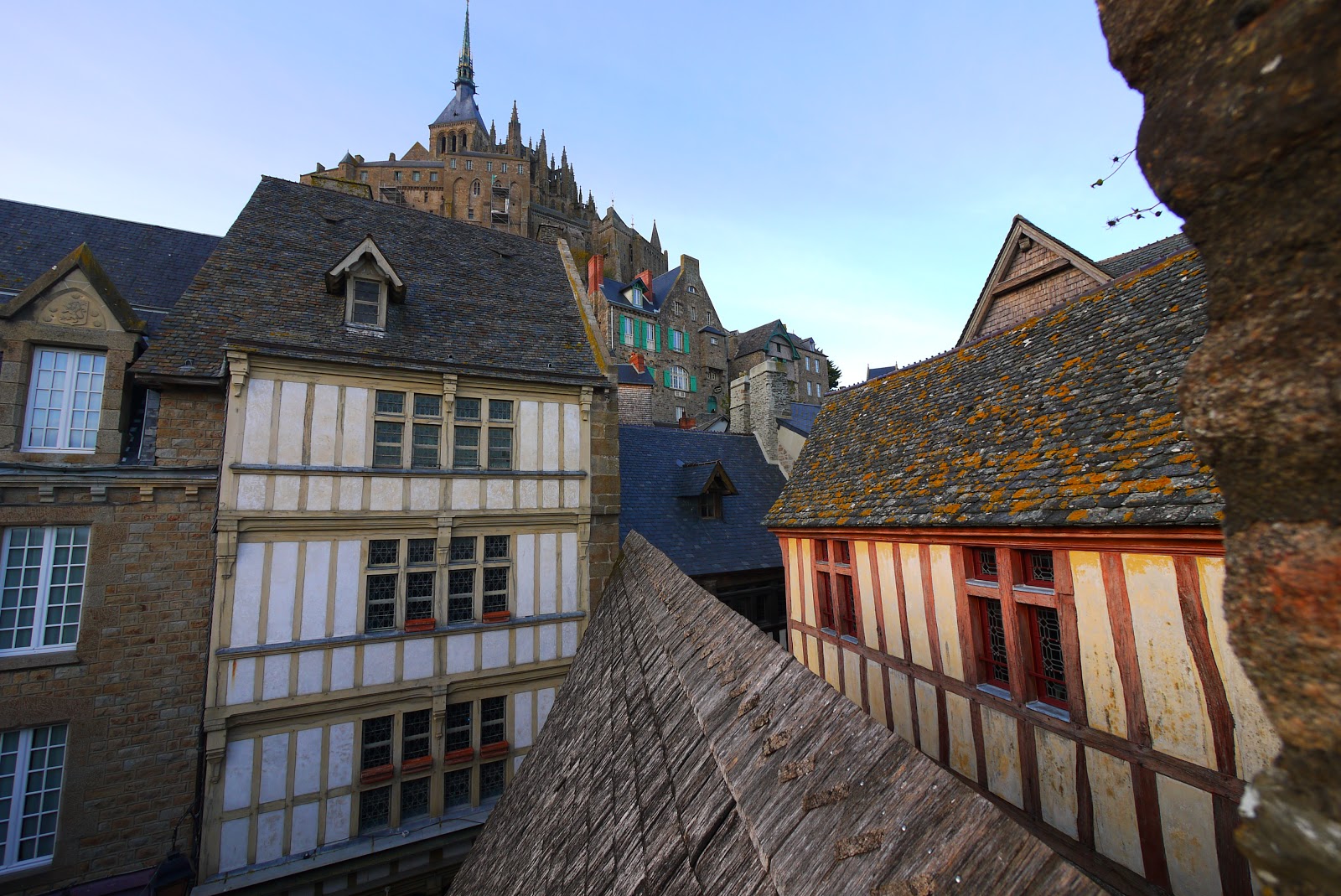 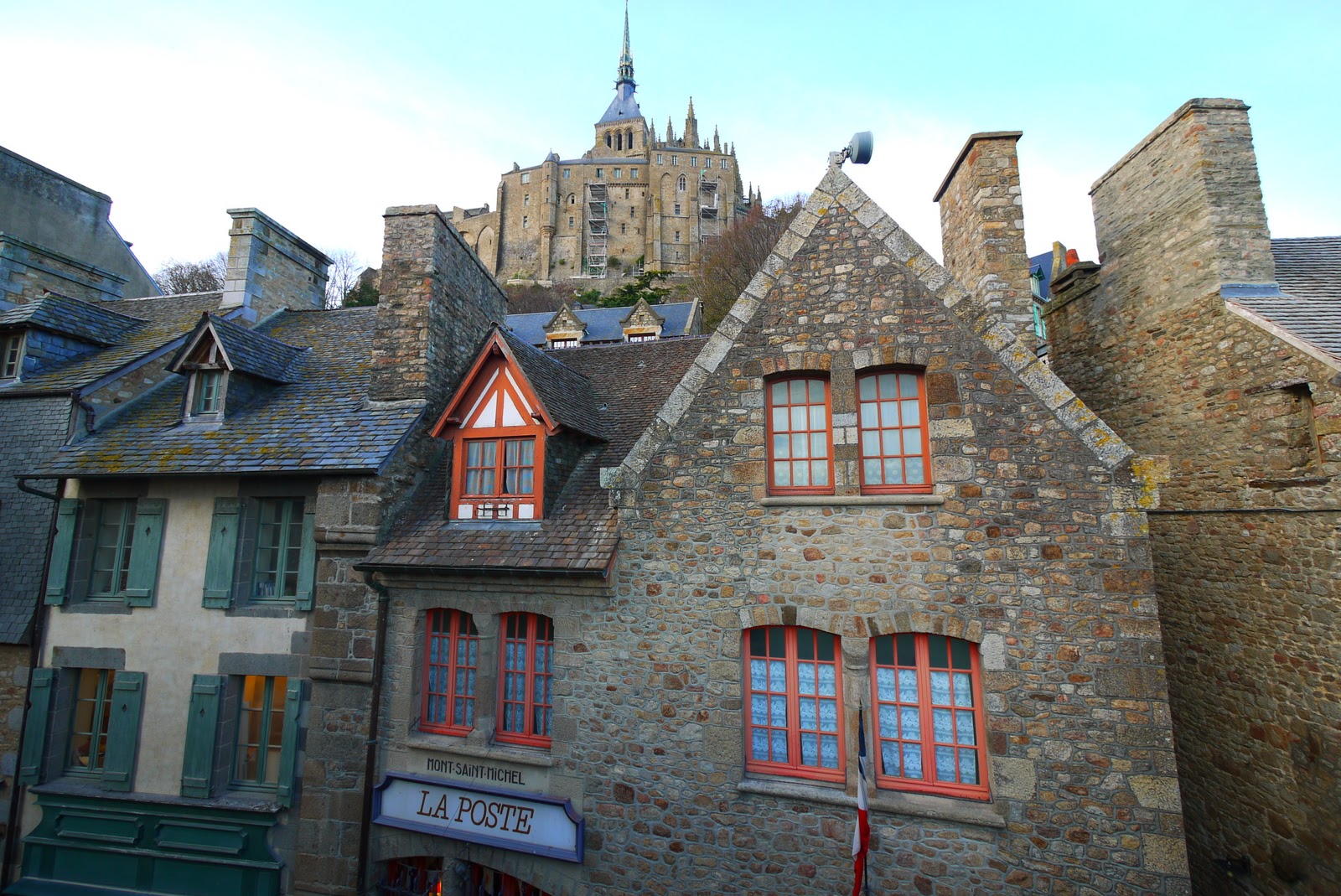 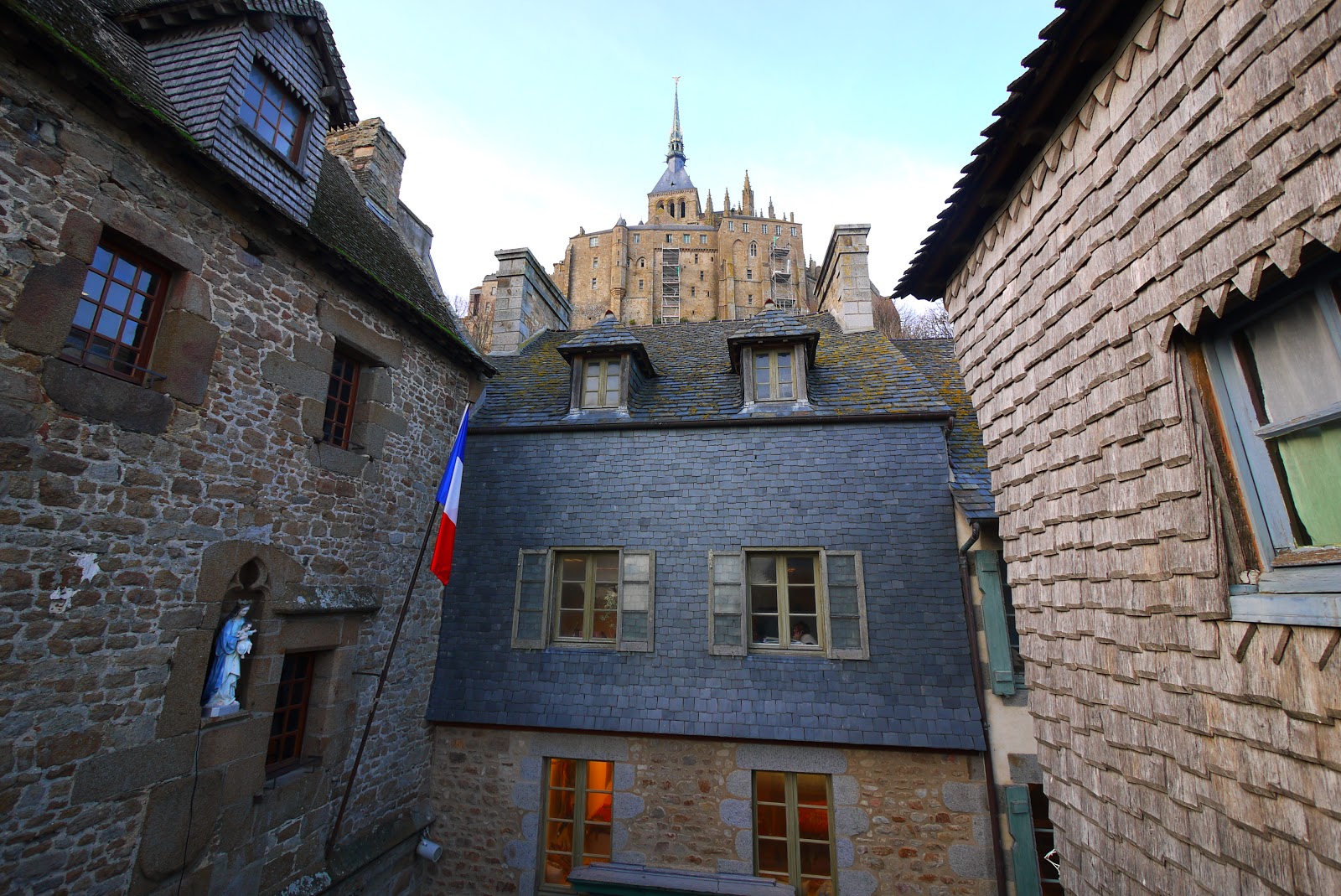 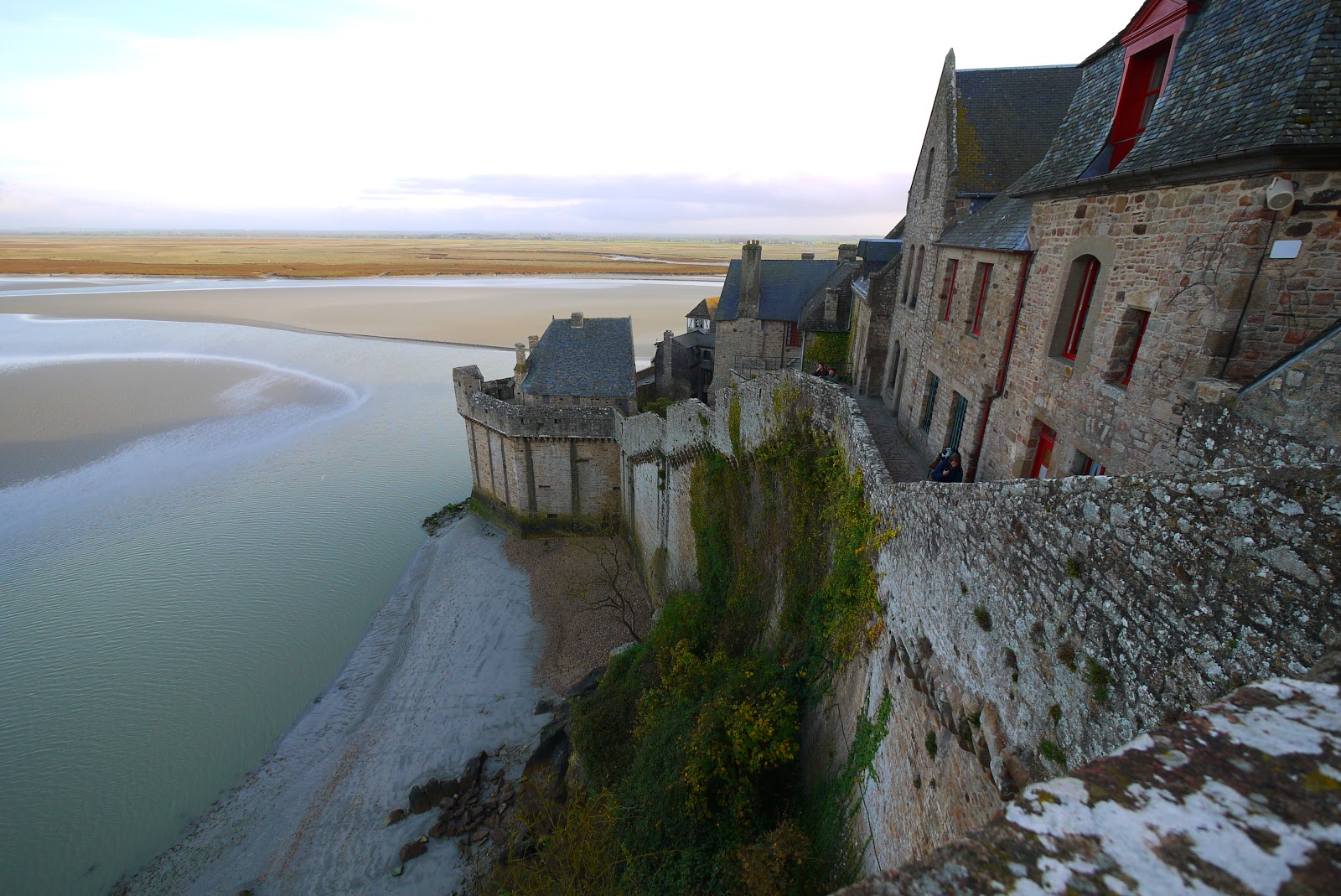 Another day we visited Falaise. There, we learned that William the Conqueror’s castle was indeed built of stone. I checked because I had wondered if the original had been a wooden construction. Falaise emanates a sense of how a Norman medieval castle was, not primitive but sophisticated and probably comfortable. Falaise was a very pleasant seat by twelfth century standards with the latest in mod coms: spacious loos, deep windows, graceful stairways, light corridors and fireplaces set into pale walls. 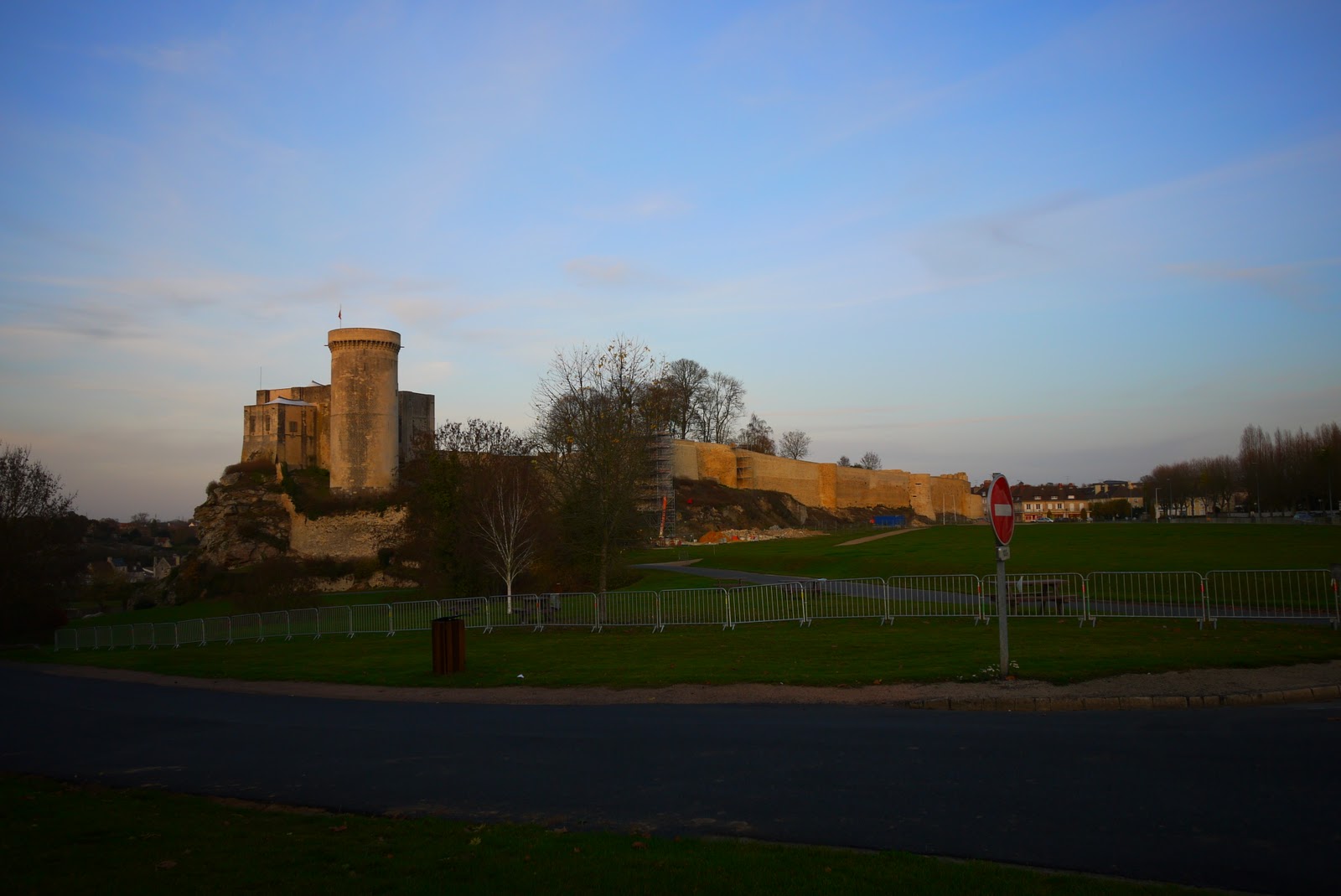 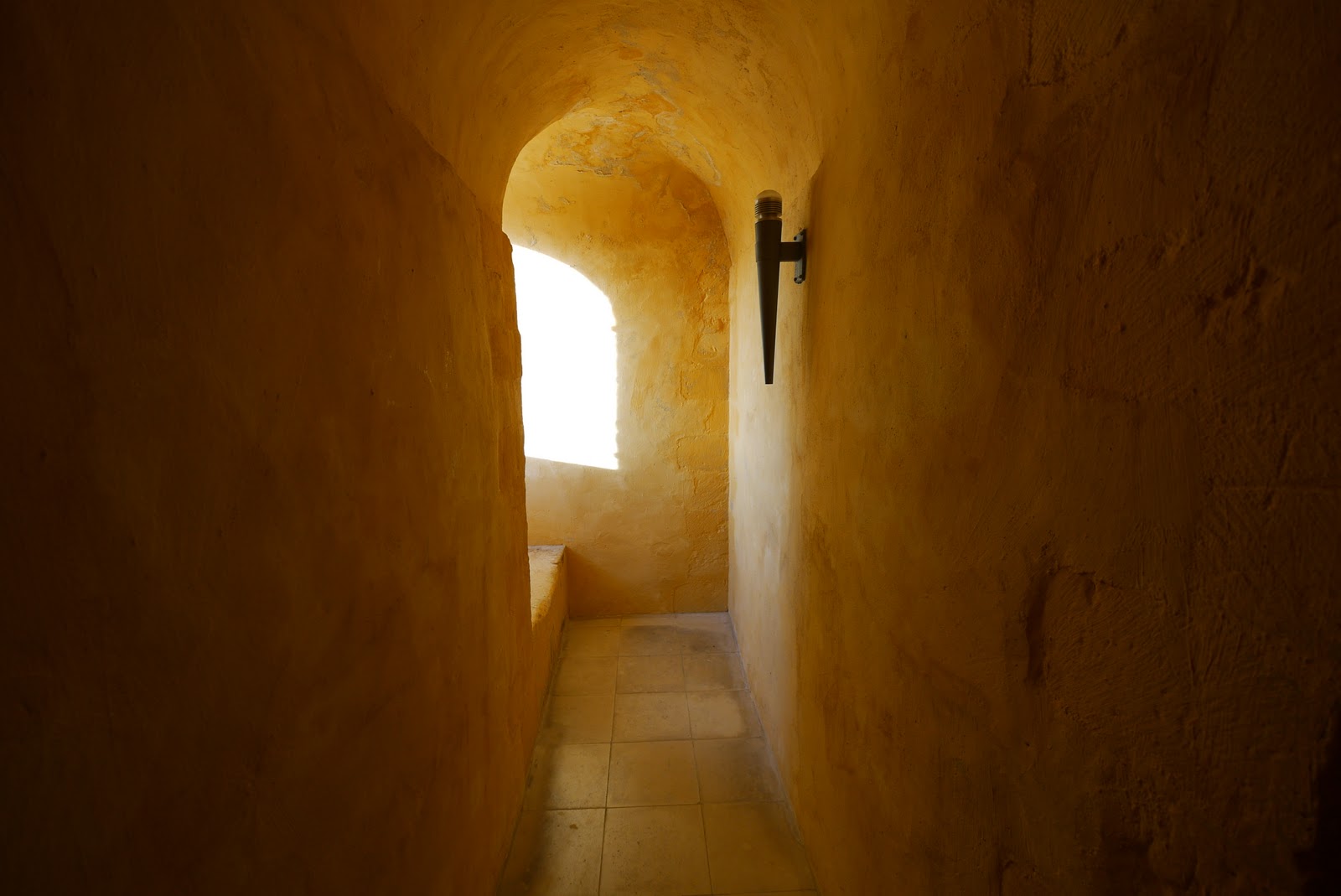 The predominant theme for the self guided tour is chess because as a game it embodies the ultimate principle of power politics and control – “Protect the King!”. Here it represents the power games that involved all the Dukes of medieval Normandy and the Kings of France from William the Conqueror who struggled with his son, Duke Robert to King John, his great, great grandson who finally lost Falaise to Philippe Augustus, the then French King. 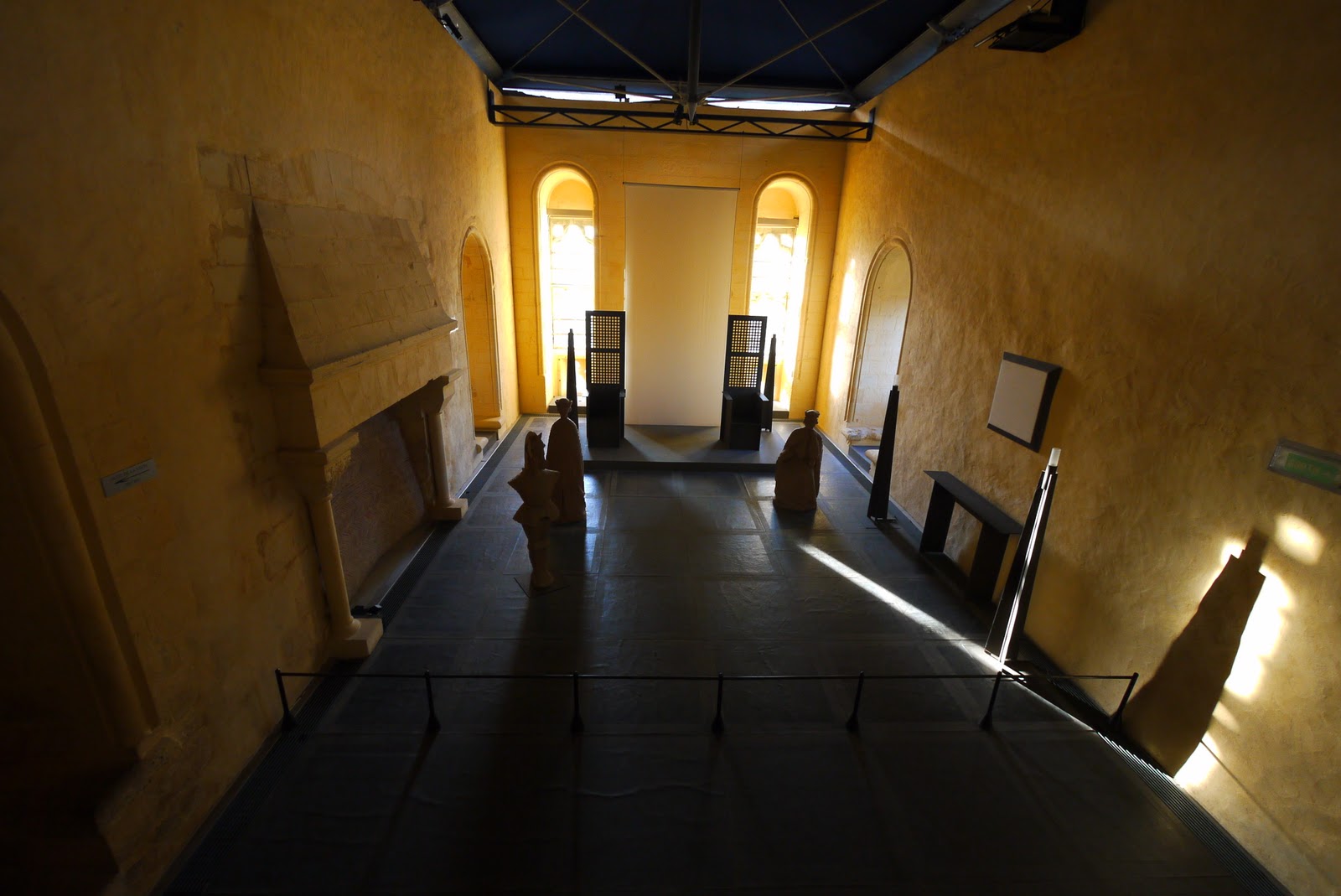 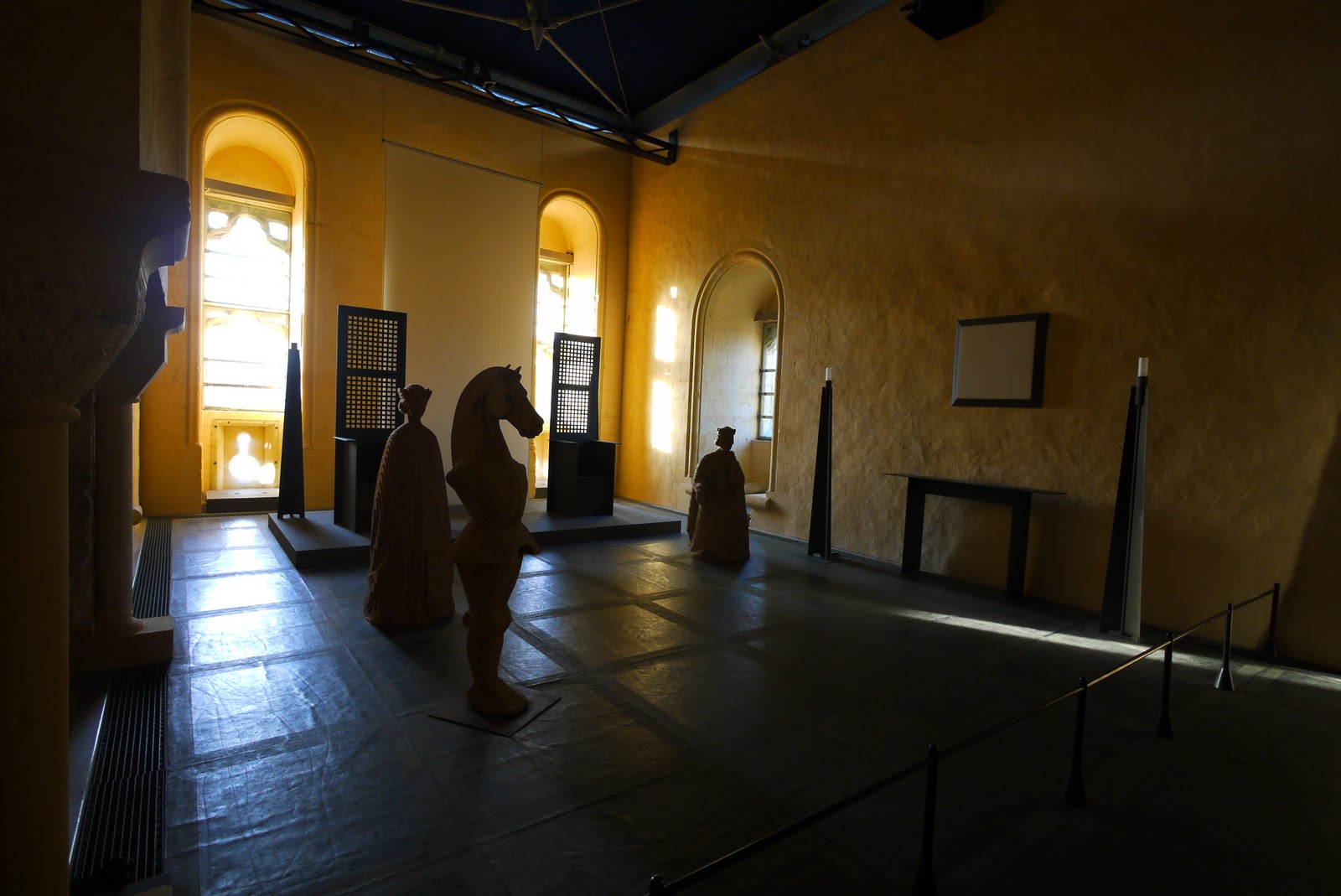 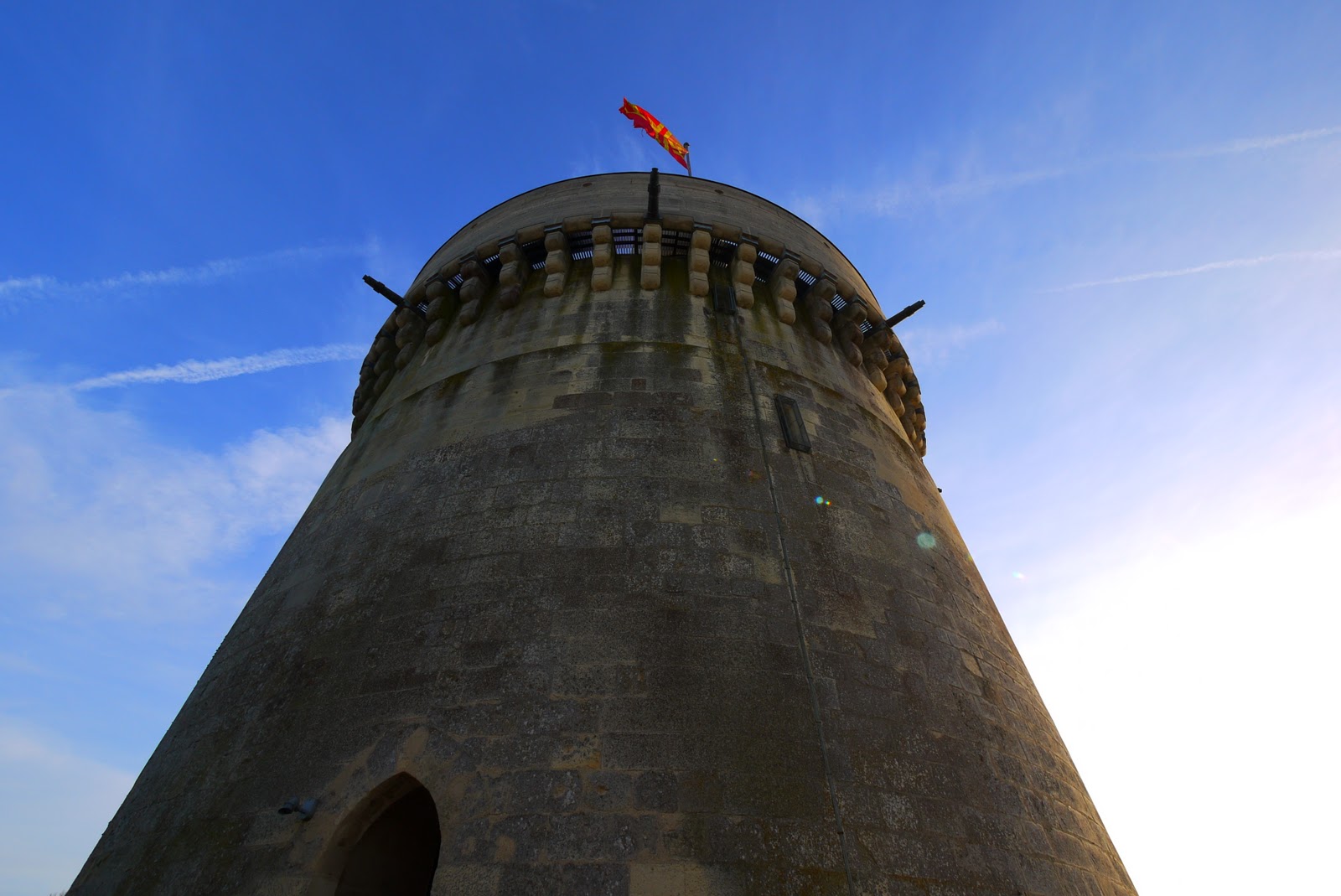 Philippe Augustus proceeded to celebrate his take-over by building his own tower to link the old part of the castle to his new build. Finally, we descended to the lowest rooms and there we found, at last, the sense of the Conqueror’s castle, a much, much gloomier place. 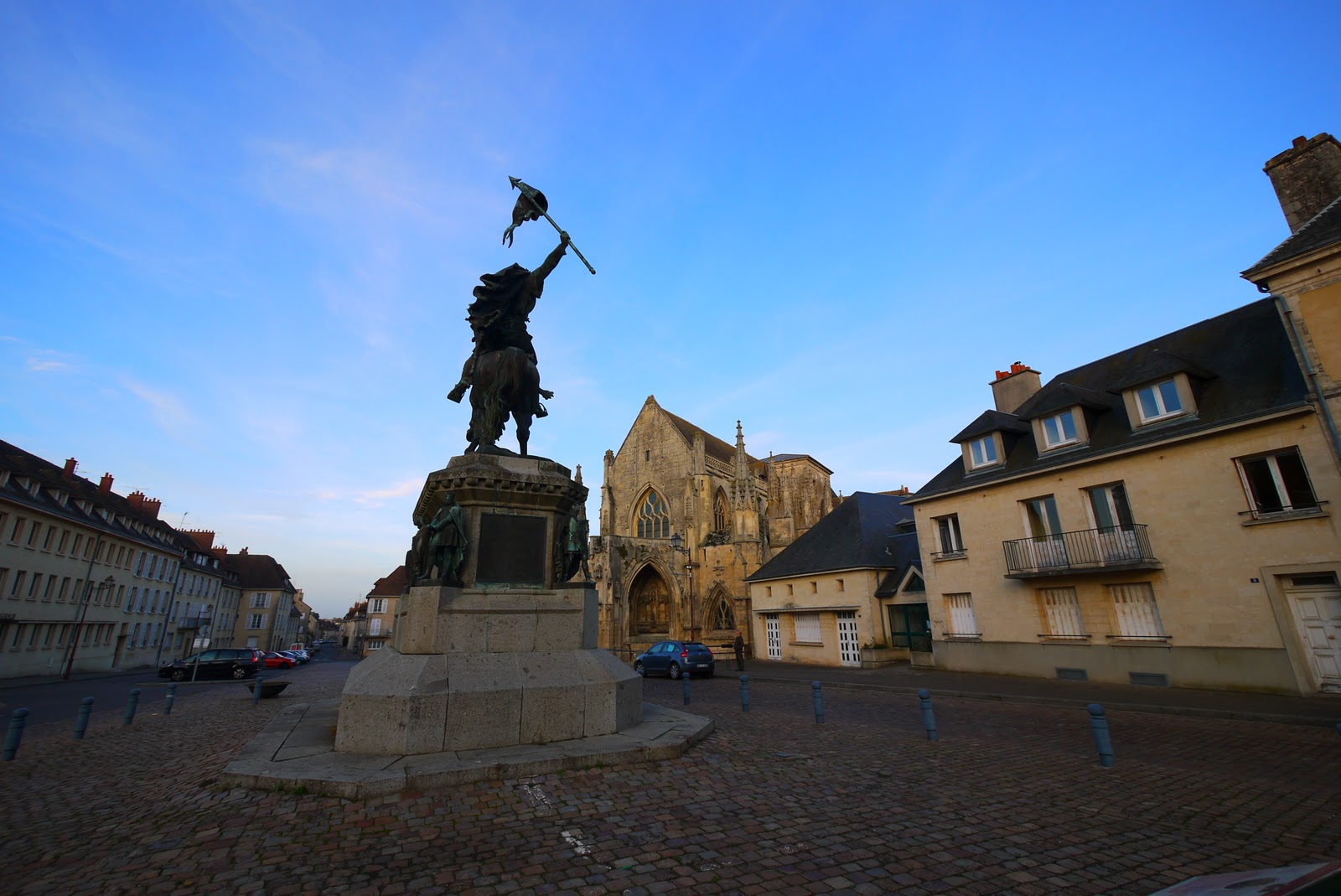 Leaving Normandy on a quiet November Sunday, laden with Christmas gifts from a tiny specialist shop in a back street of Villedieu les Poeles, I was tempted to pull down one of the balls of mistletoe that was roosting in the tree behind our house. Yet, I restrained my impulse. Mistletoe is better there growing into a memory, along with the dark birds that perch in the tree’s highest branches. So, I left the mistletoe in its tree behind a small farmhouse down a country lane, in the depths of the Bocage, off the beaten track, in a territory that is permeated with echoes of its medieval past. 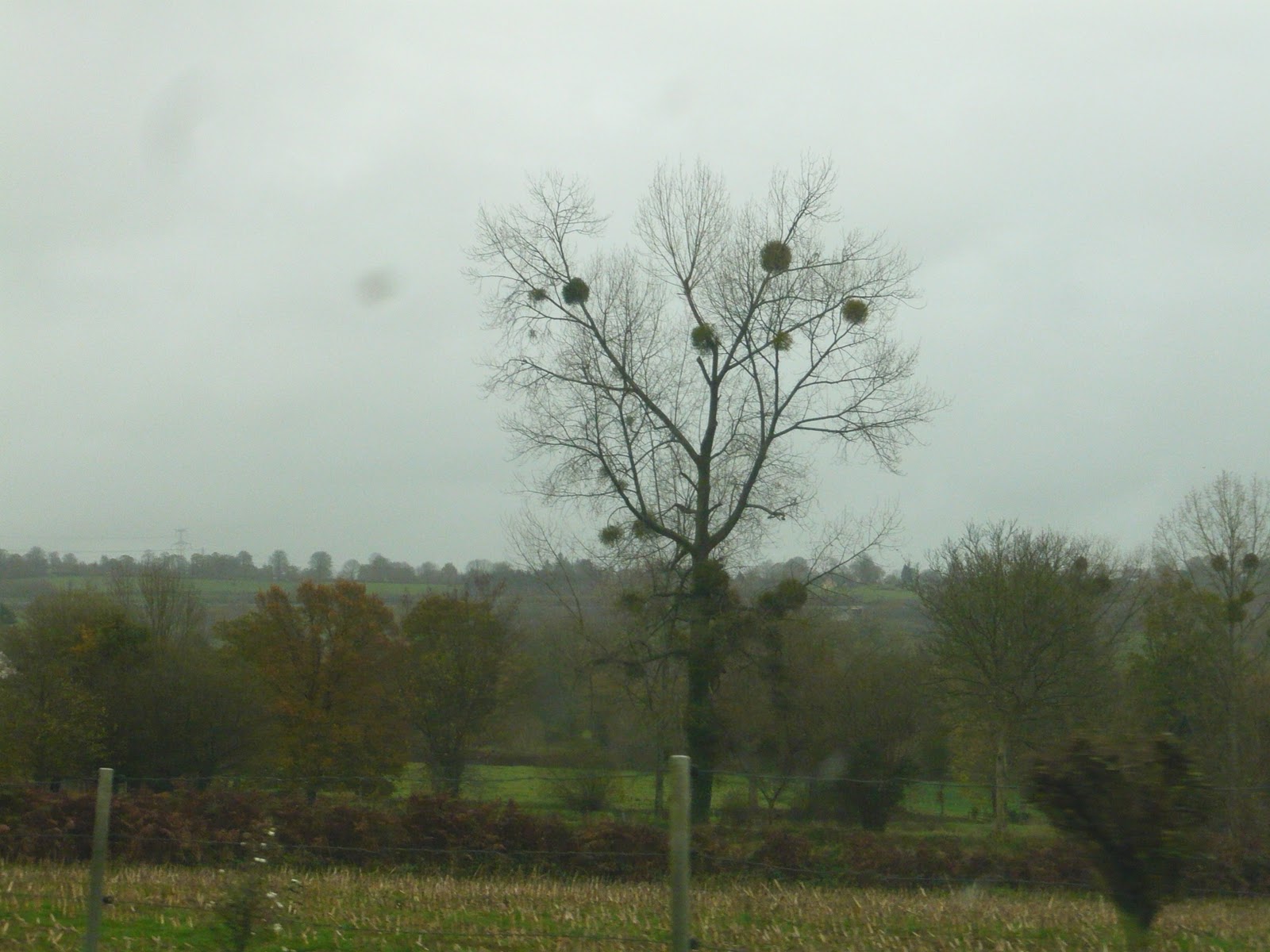 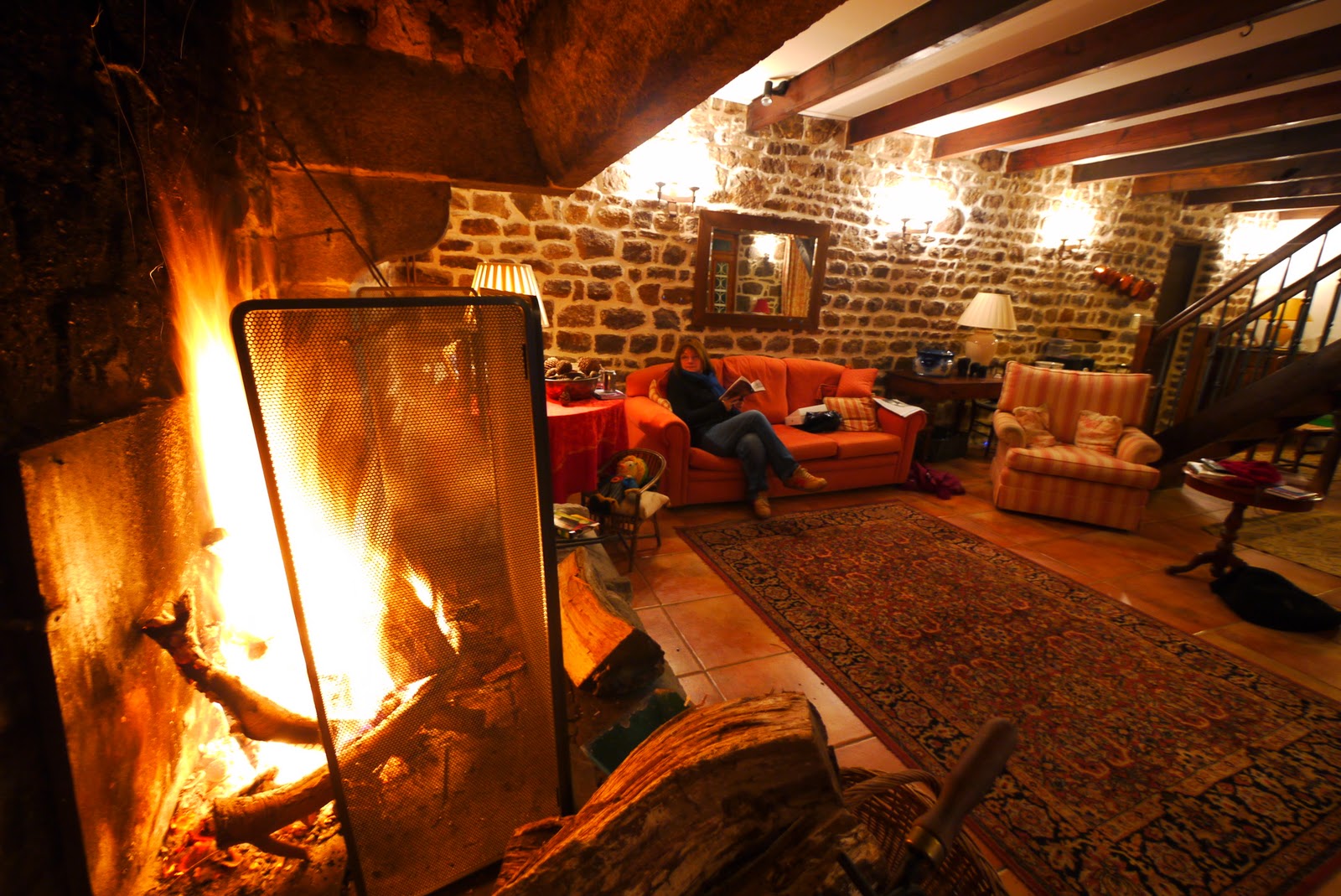