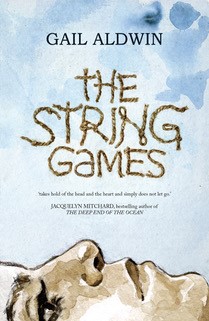 How many of us have put writing on hold? I have found I can’t because of deadlines. My writing friend, Gail Aldwin, did, not because of the pandemic, rather because she did an amazing thing. She took a four month VSO placement in Uganda, Africa, where she worked in one of the largest refugee camps in the world. I am privileged to have her speaking on The Writer’s Hub today. Her excellent novel The String Games has been shortlisted for The People’s Prize. I think she would be a deserving winner. Gail is a beautiful writer. Her novel is a ‘must read’. Discover her amazing recent experience in Africa and her writing life below. 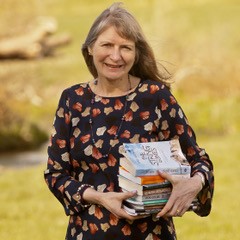 It’s difficult to find a gap in writing projects once the carousel starts turning. After the release of my debut novel The String Games in May 2019, the next six months were crucial to promote and market the book. I was also under pressure to have that second novel written in order to piggyback on the success of the first. The summer was hectic with book launches organised by my publisher Victorina Press. In my home county of Dorset, I presented at three literary festivals (including the big one in Bridport). There were interviews on radio stations, articles in print publications, library events, workshops and more. By the end of November, my calendar for 2020 was already filling up. I received an invitation to join a panel discussion at the Stockholm Writers Festival in May and other talks and workshops across the region were organised after Easter. The String Games was entered into The People’s Book Prize and a black-tie dinner was scheduled for 19 April when the winner would be announced. Fortunately, there was a lull in literary activity over Christmas and I had few commitments until the start of spring. Would this break allow me to fulfil a lifelong ambition unconnected with writing? 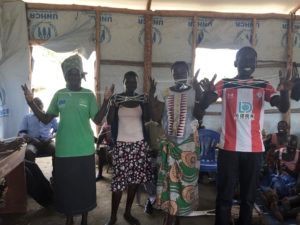 Teaching in a Refugee Camp

I had been on the Voluntary Services Overseas (VSO) mailing list promoting volunteering opportunities for years. I wanted to share my experiences from an earlier career in teaching/educational management and admired the many volunteers I met during my travels. In 1983, I lived in Enga Province, Papua New Guinea where the poet Archie Markham volunteered as a media coordinator. (He wrote about his experiences in a memoir A Papua New Guinea Sojourn.) I looked at my calendar again. Would it be possible to shoehorn a voluntary placement into my schedule? Yes, but only a short one. While everyone was preparing for Christmas, I accepted a four-month role at Bidibidi, the second largest refugee settlement in the world, located in Uganda. 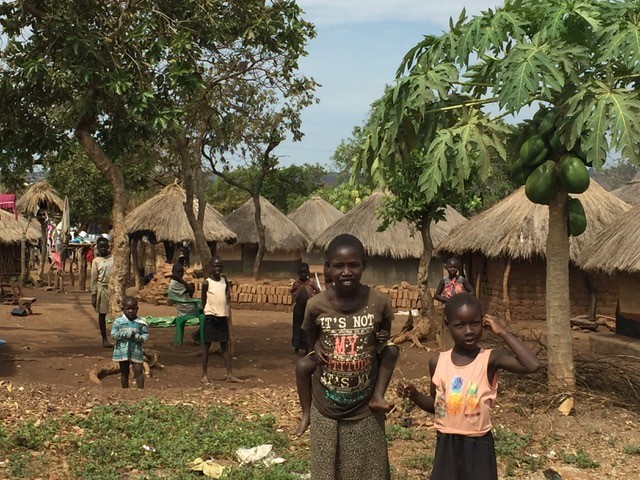 As a psychosocial and child protection specialist, I worked with seven Early Childhood Care and Education centres in zone three (one of five zones on the settlement). Established in a remote, forested area in 2016, Bidibidi is the size of Birmingham and offers refuge to families forced to flee conflict in South Sudan. It is called a settlement rather than a camp because Bidibidi offers refugees the chance to build permanent homes rather than survive in tents. 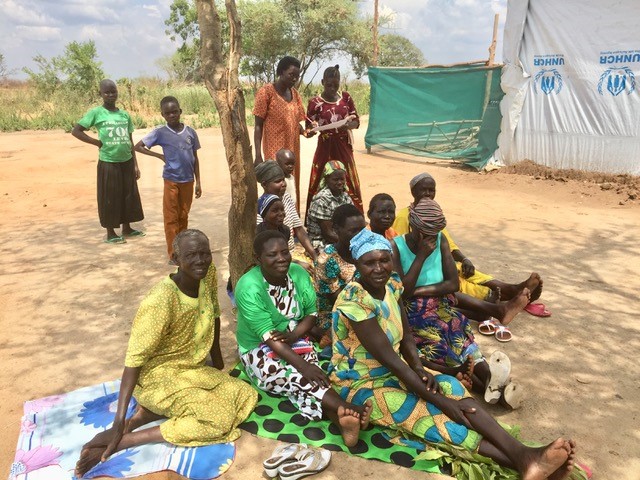 In my work with parents, I delivered activity-based learning so that participants could reflect on the experience and apply learning to their context. In one session, we looked at the international tradition of making string figures. (The title of my novel The String Games draws upon this.) I taught refugee parents how to make the string figure ‘cup of tea’ (not an easy task in groups of over one hundred) and parents were encouraged to share their traditional string figures. I was introduced to many complex figures and we celebrated these games. The activity provided an opportunity to think about individual learning styles. Do you learn best from watching a demonstration? Or is learning more accessible by following written instructions? How does moving our muscles aid memory and learning? How can we consider the needs of learners who don’t hear or see well and what about those who have poor motor skills? Through this session, parents were able to appreciate the challenges for young children learning new tasks. We also considered how learning in the home helped to build children’s psychosocial wellbeing.

My placement in Bidibidi was cut short by two weeks due to Covid 19. Now in lockdown, those literary engagements lined up for 2020 are now cancelled or postponed. One consolation is that voting for The String Games in The People’s Book Prize has been extended until 30 May 2020. So, if you’d like to offer your support, please pop over to the website and give my debut your vote: