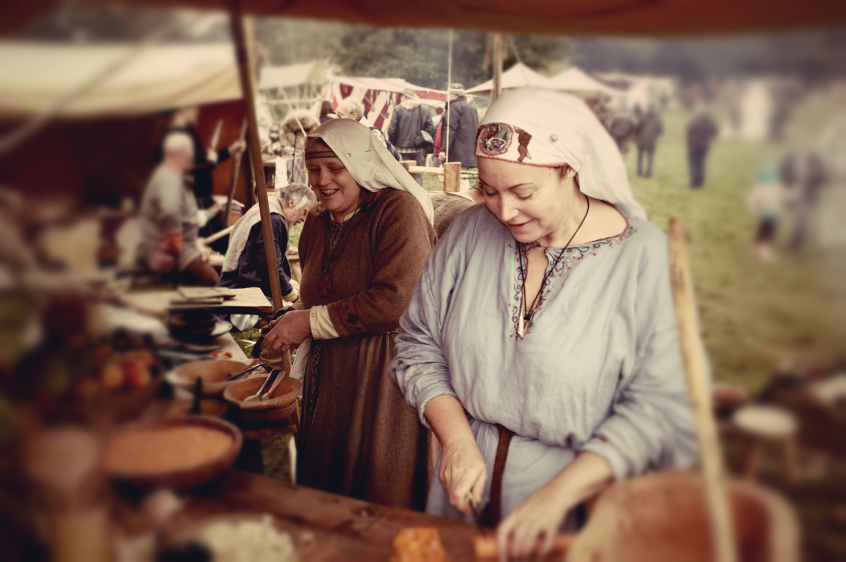 Early this month I revisited Battle Abbey for the first re enactment of the Battle of Hastings in several years. It was a superb event and it made me wonder why I am so fascinated by battles and why I am writing a trilogy about the noble women of the Norman Conquest and how they survived 1066. I studied both Medieval history and The English Civil War as a student and those eras are of particular interest to me. Another reason for my passion resides deep inside my personal past. A direct ancestor who fought as a captain with the Scots Greys at The Battle of Blenheim was awarded a family crest by King George 1 and a parcel of land in Ireland as a reward for valour. In fact, I, absurdly used to use the family crest on notepaper when I applied for jobs (I was a student) thinking it made my applications look more impressive. I think I got the student jobs because I was suitable not because of my illustrious ancestor. 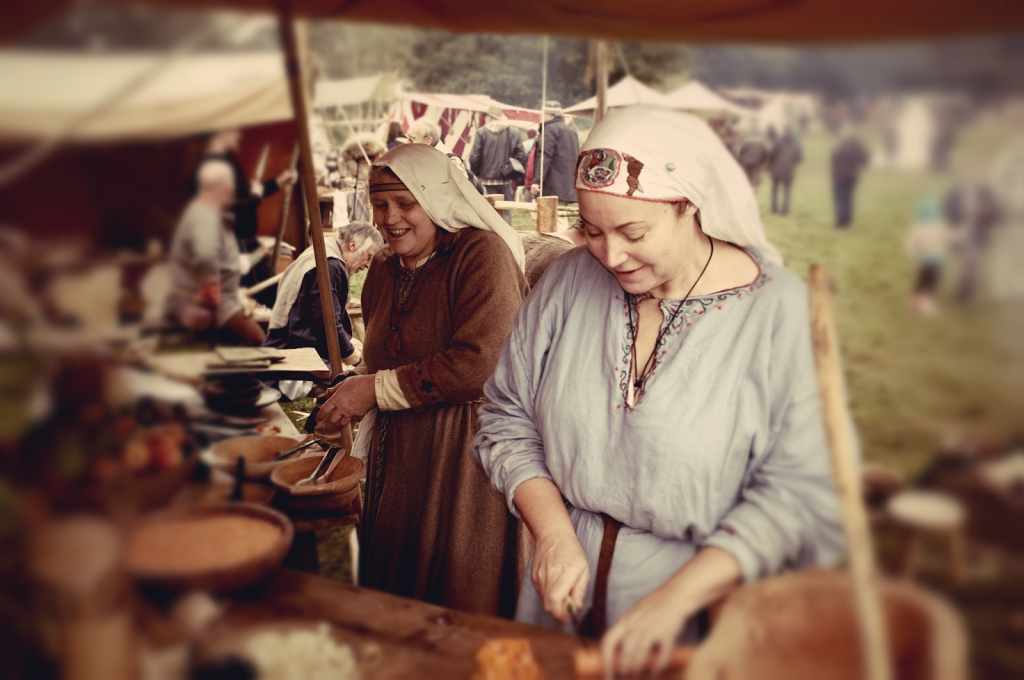 My father’s family came from the Scottish Highlands. It was not until later in the eighteenth century that they took up residence in Ireland. They were military men until my great grandfather rebelled. He refused to join the army and decided to marry an unsuitable bride. William Baxter was banished from the family home. However, the land eventually came his way. He ended up as a gentleman farmer who was also a carpenter. My mother’s family were ‘planted’ in Ireland as a result of another war. Her ancestor fought as a mercenary in the Williamite wars of the late seventeenth century. He got his reward after the Battle of the Boyne which was the largest battle ever fought in the United Kingdom and ended up carving a successful future for himself in Northern Ireland. The shameful part of the story is that, just as after The Battle of Hastings, the victors literally seize territory from those who lived there before them. They destroy the lives of others. They bring about regime change and help to establish it. With this comes both positive and negative results but sadly human cost, the loss of life in battle and dispossessed. It is not a history to be proud of but it does explain my fascination with the past and, in particular, the effect of battles such as The Battle of Hastings on women. 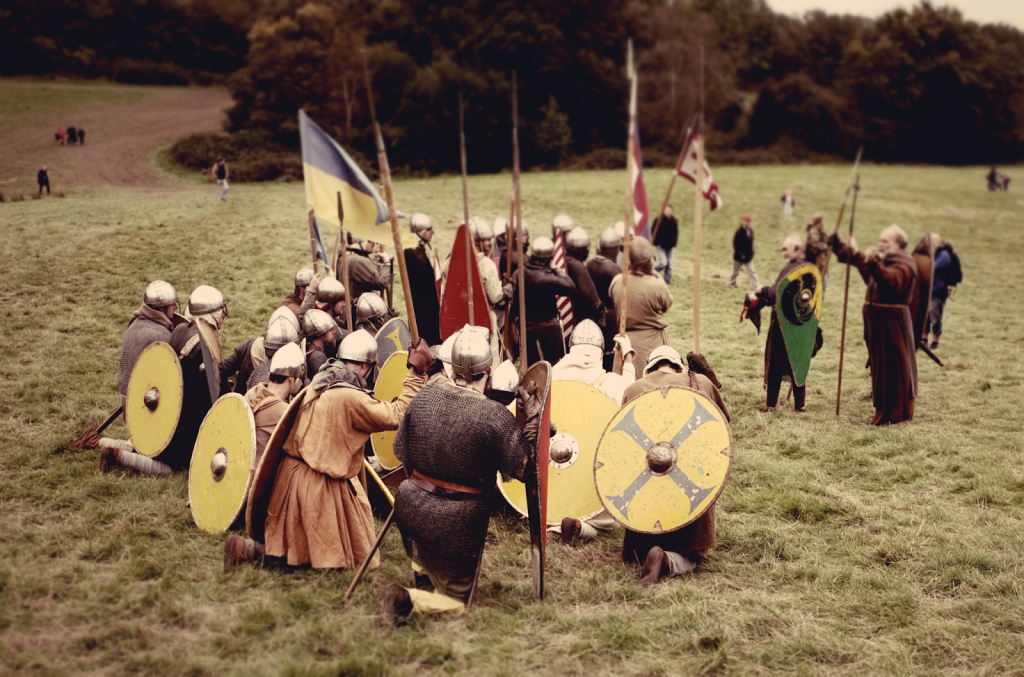 The event which took place on Senlac Hill almost a thousand years ago brought great change to England. The poor may not have noticed it greatly in that they exchanged one group of warlords for another. A feudal system was already in place in England by 1066. But for the noble wives of those who fought at Hastings the change was significant. They were survivors. Many wealthy women fled forced marriages with the enemy and took refuge in convents. Others looked after their families and estates until these were taken from them. Either they remarried or they took refuge where ever they could, and became exiles as did the heroine of the novel that I am writing currently. This is about Gytha, Harold’s elder daughter who went into exile in Denmark and then married a prince of Kiev. Often the exiles lived in extreme poverty. 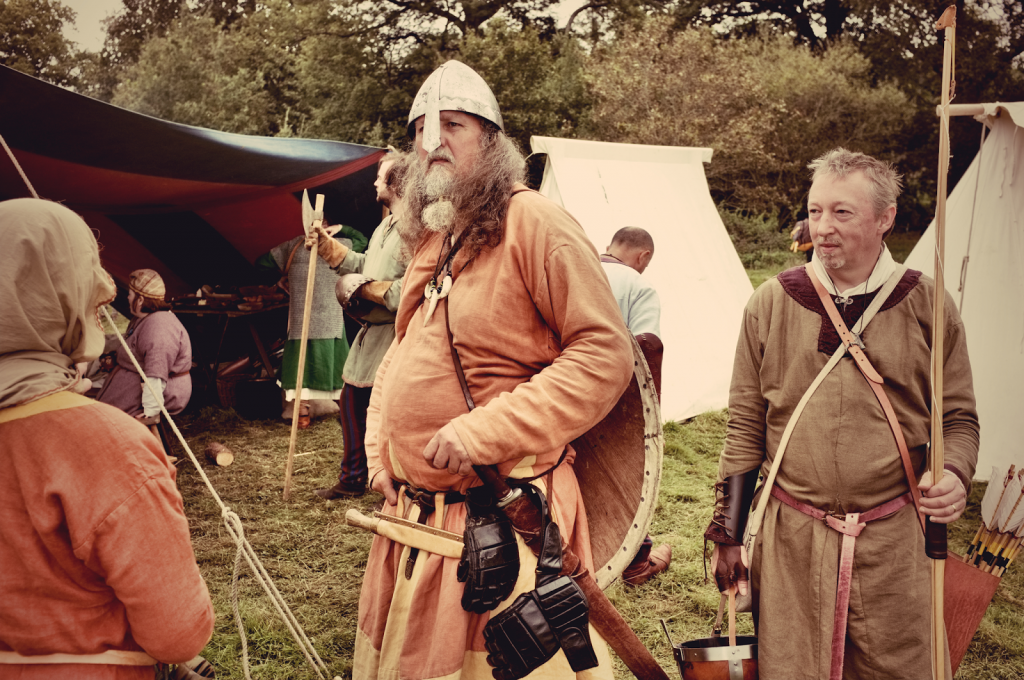 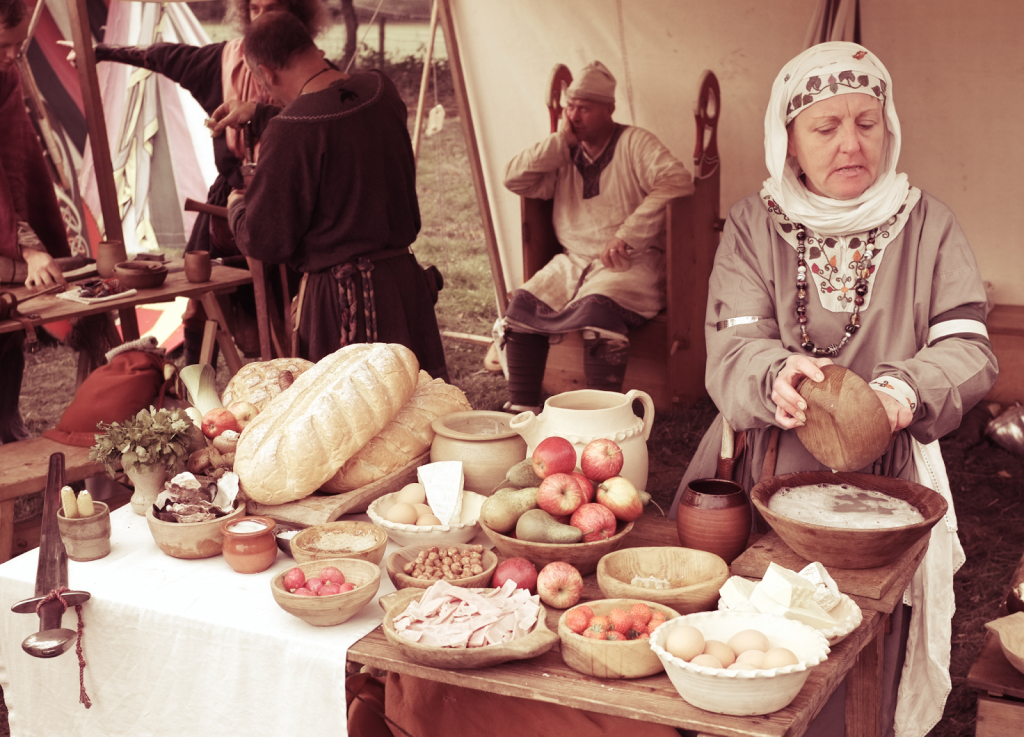 Attending a re enactment whether it is an eleventh century experience or a seventeenth century Civil War experience helps us appreciate what these battles were like, what people wore, what they ate and how people lived then. For a writer it is a perfect way to immerse oneself in the period you write about. For the reader, the student or the history lover it is a superb day out. 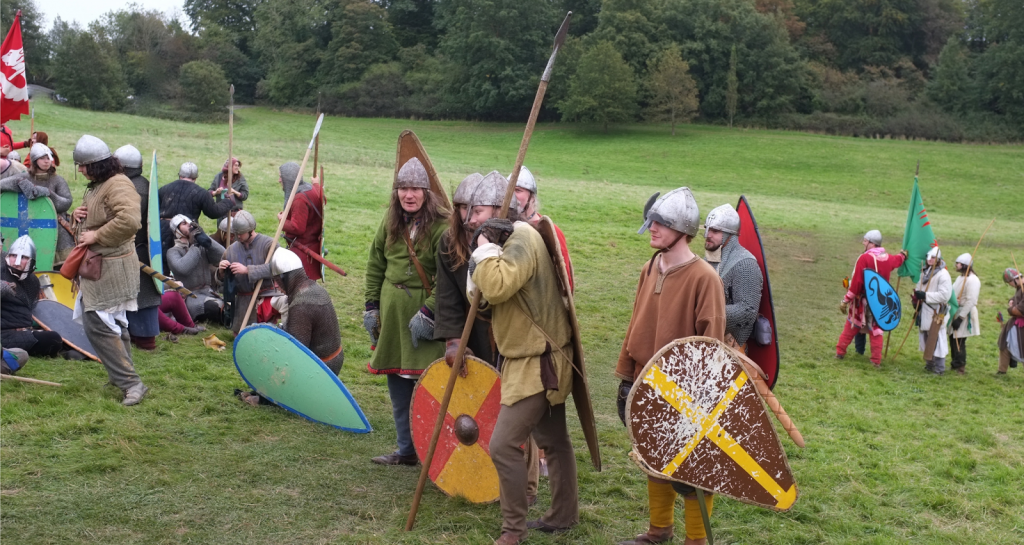 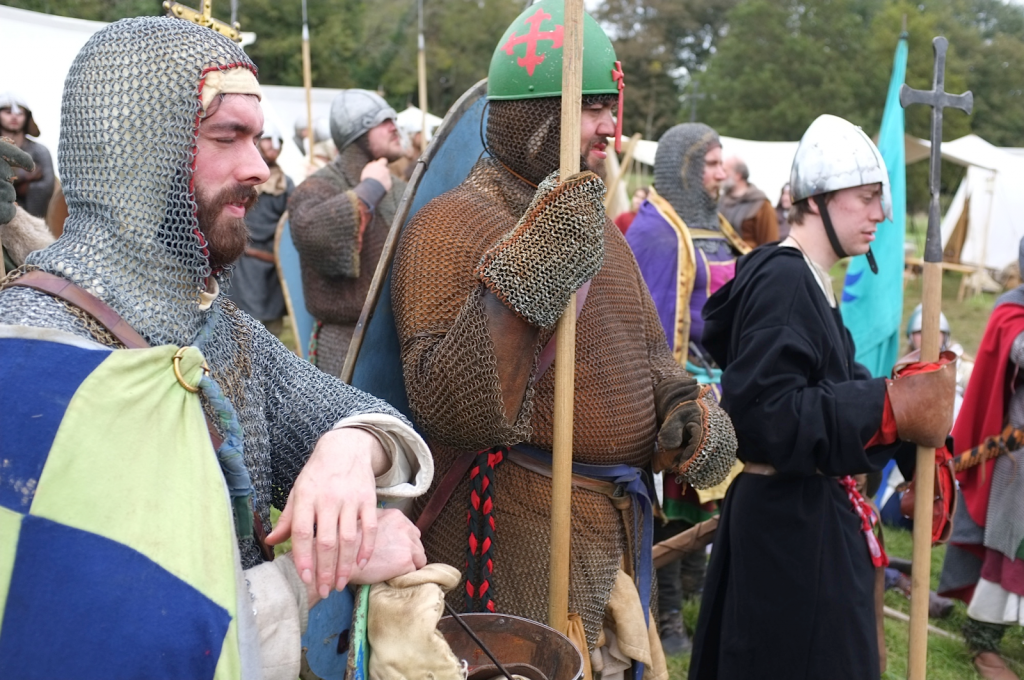 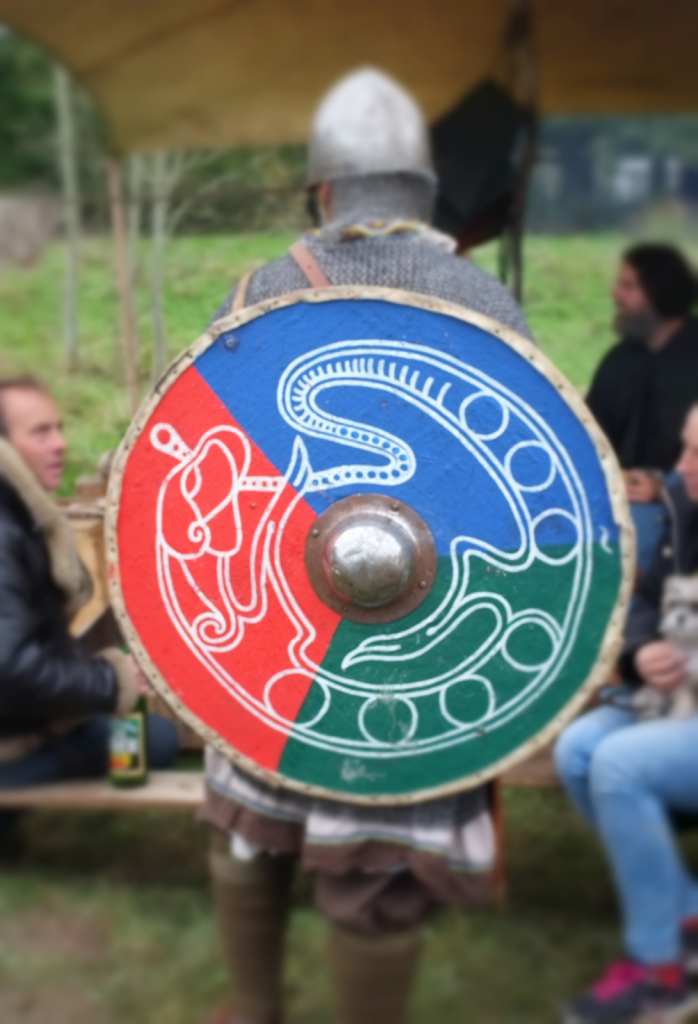 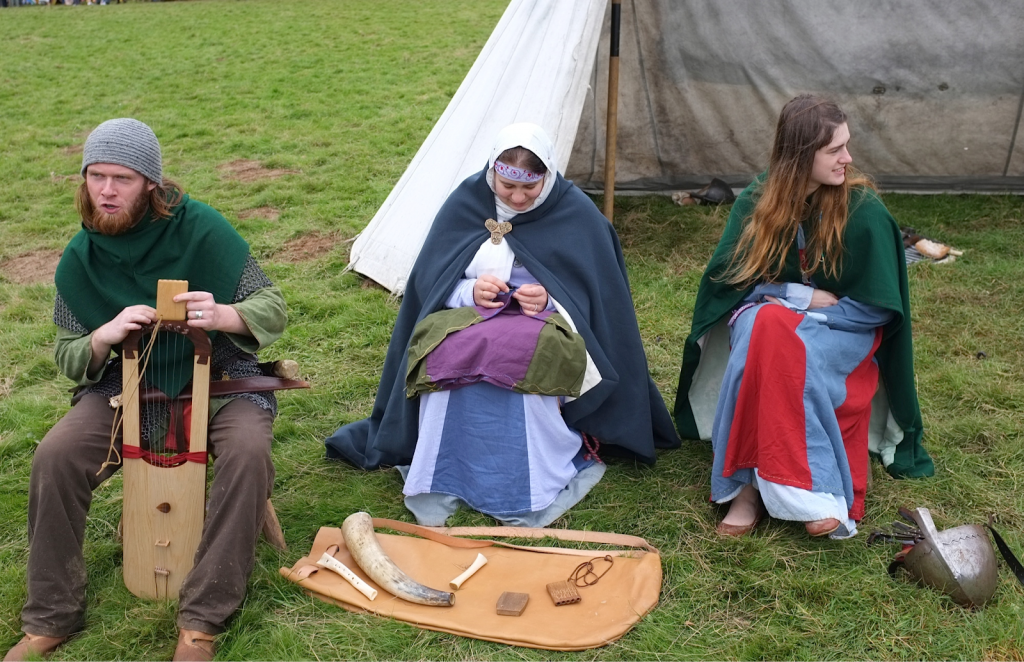 I wonder if anyone who reads this blog has any interesting family history. I have a signed copy of The Swan-Daughter, a novel about King Harold’s younger daughter, which will be on general release on 11th December, as a prize for the most interesting comment. I would love to hear, too, if anyone is descended from Harold and Edith Swan-Neck. 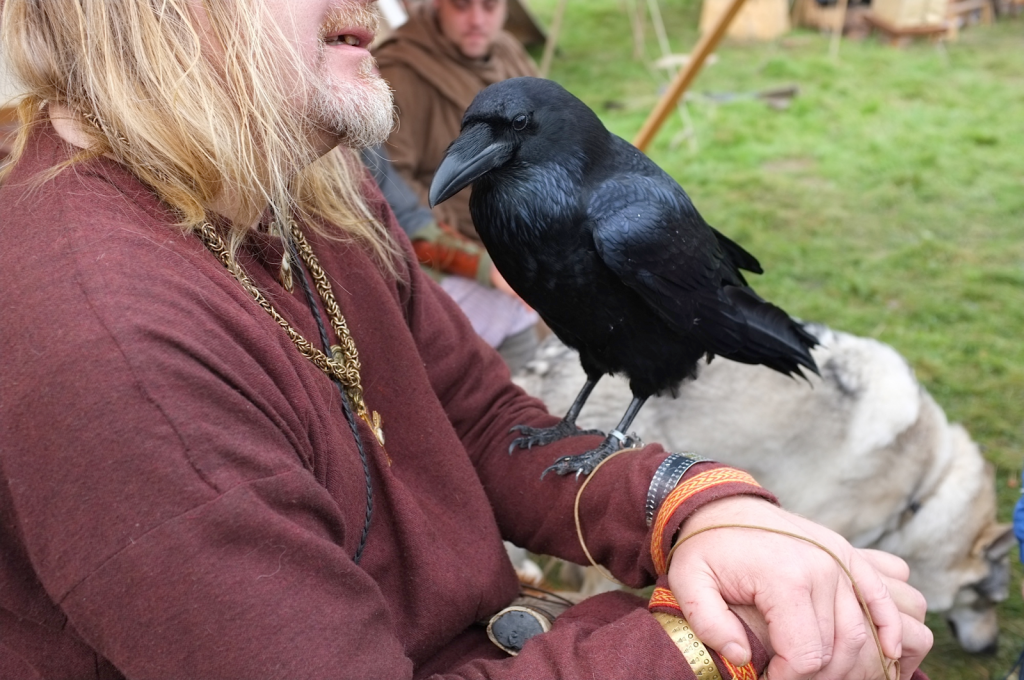 I shall choose the winner from the hat and announce the result here on this blog on 1st December ten days before the paperback release of The Swan-Daughter.

The winner can then send me his/her address for the signed book through my website email. www.carolcmcgrath.co.uk.

This competition is open internationally. I look forward to reading small snippets of your family history either via my web site email or here in the comments section.