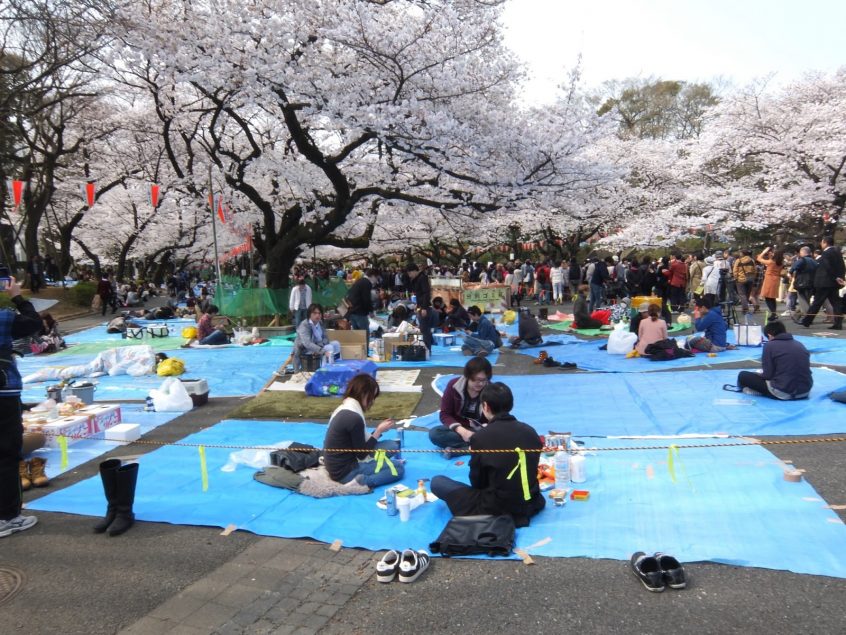 Sakura, the Japanese word for cherry blossom, is very short lived. It occurs in the spring, usually late March. This period marks a Japanese holiday period after which the new school year begins in April. The Japanese celebrate it with Hanami, cherry blossom viewing parties consisting of picnics, walks through parks and along streets lined with Sakura trees. The Japanese worship, celebrate, and incessantly photograph the fragile blossom. 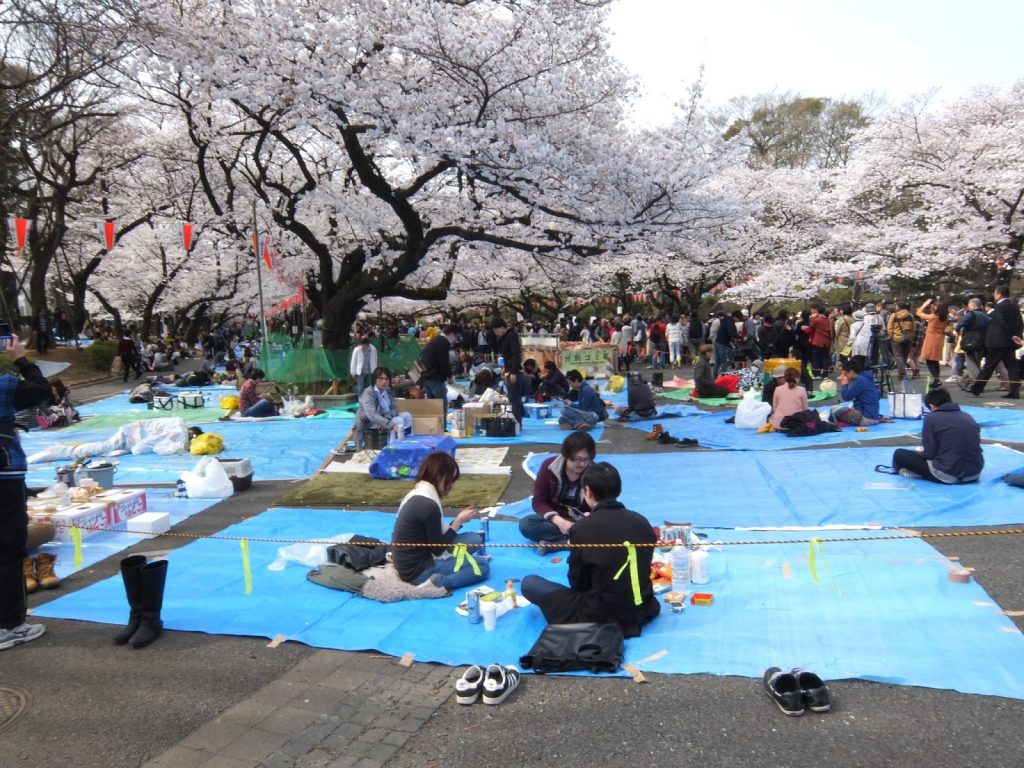 This year we were fortunate enough to experience the phenomenon in Tokyo, in the Japanese Alps, Hiroshima, Miyajima Island, Kyoto and Hakone. As we criss-crossed Japan moving through it on the railway system so did the Hanami. 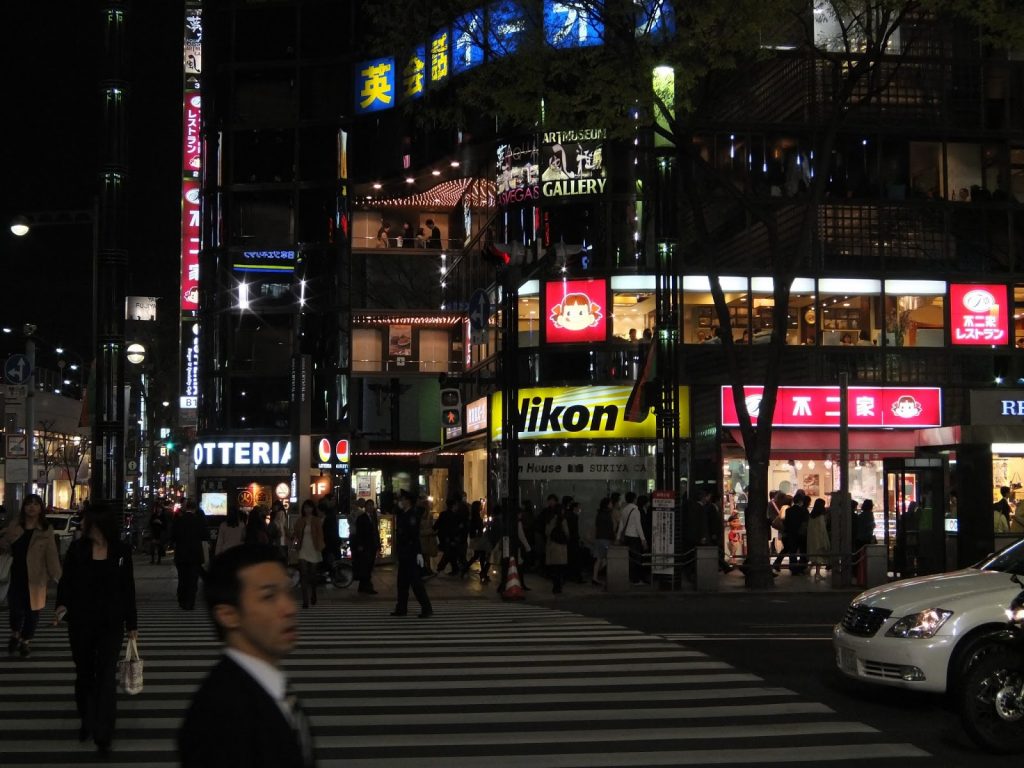 The festivities bring out the fascinating and the quirky side of Japan as well as being very social and beautiful. The Japanese are a lovely people. They are polite , respectful of each other, perfectionists, caring and fun and their children are allowed to be children. In cities space is precious. Yet the Japanese often have pets. We often saw tiny dogs dressed up as elegantly as cat walk models. 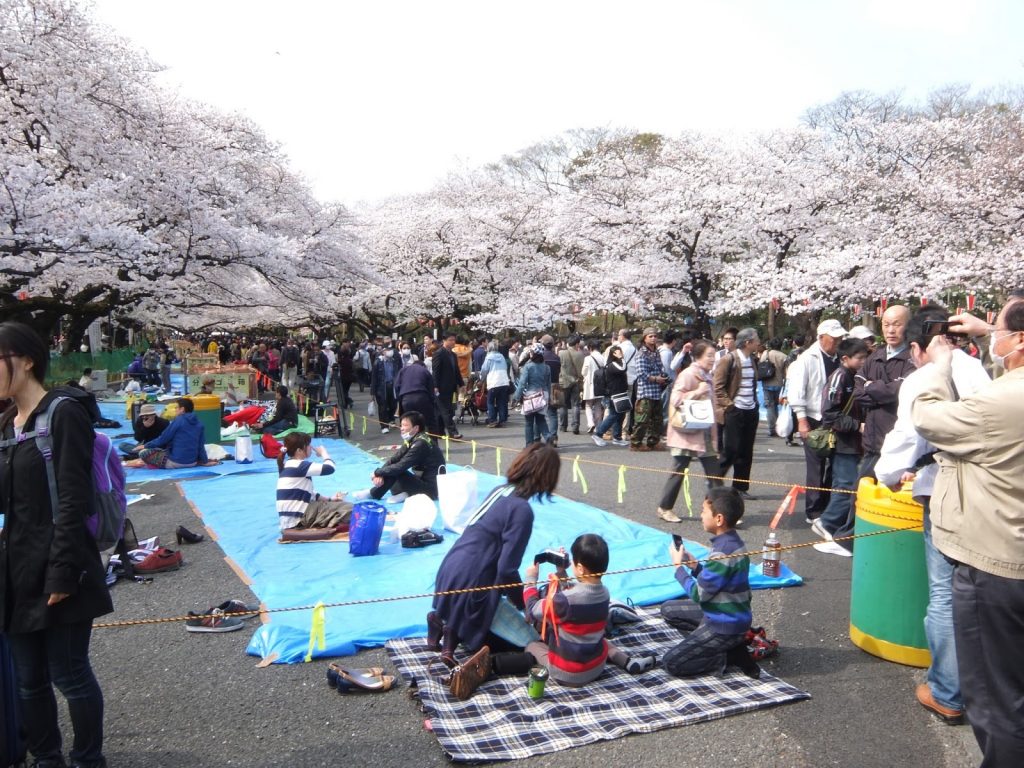 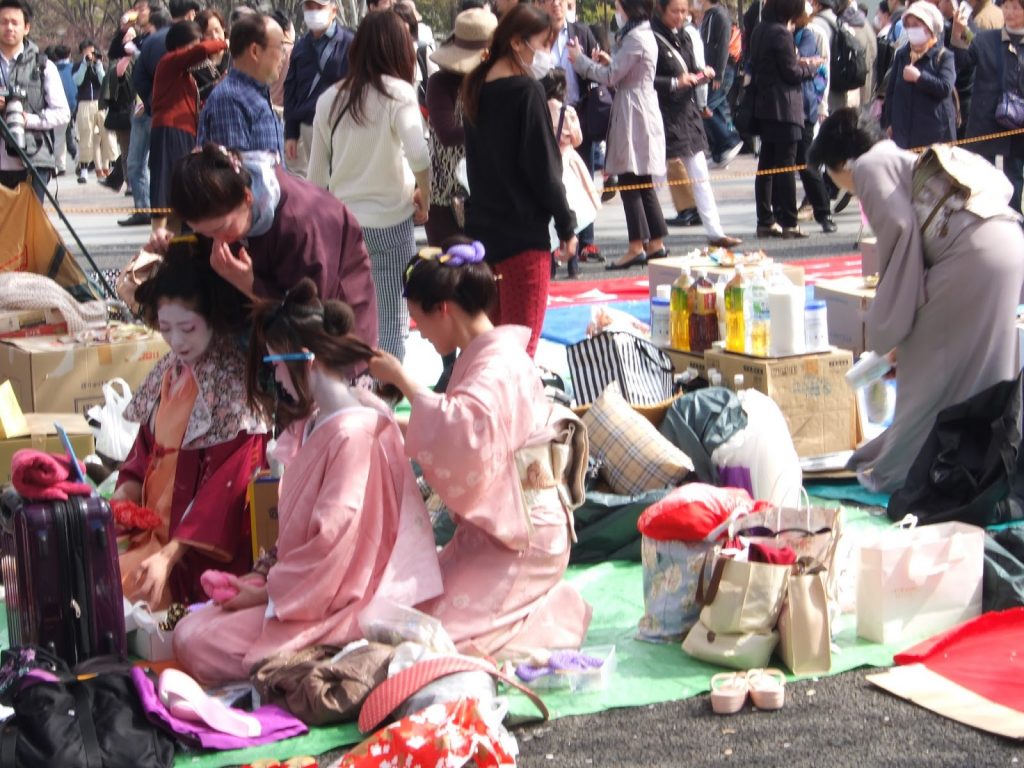 The Japanese enjoy photographing themselves. They arrange and pose, and smile. 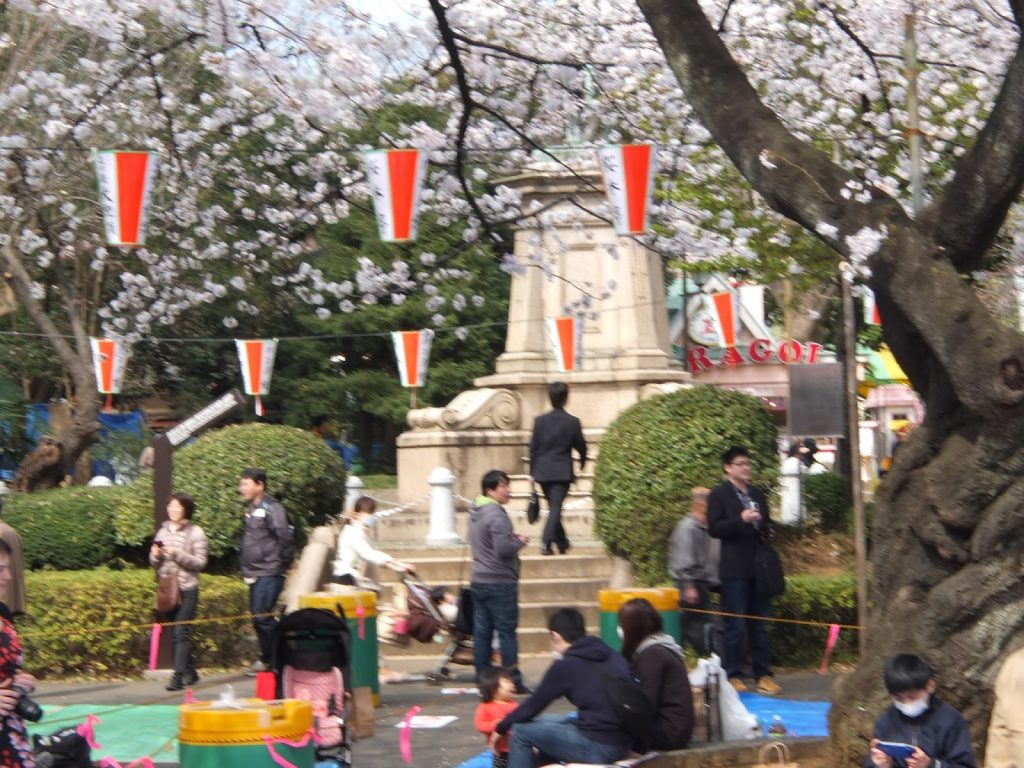 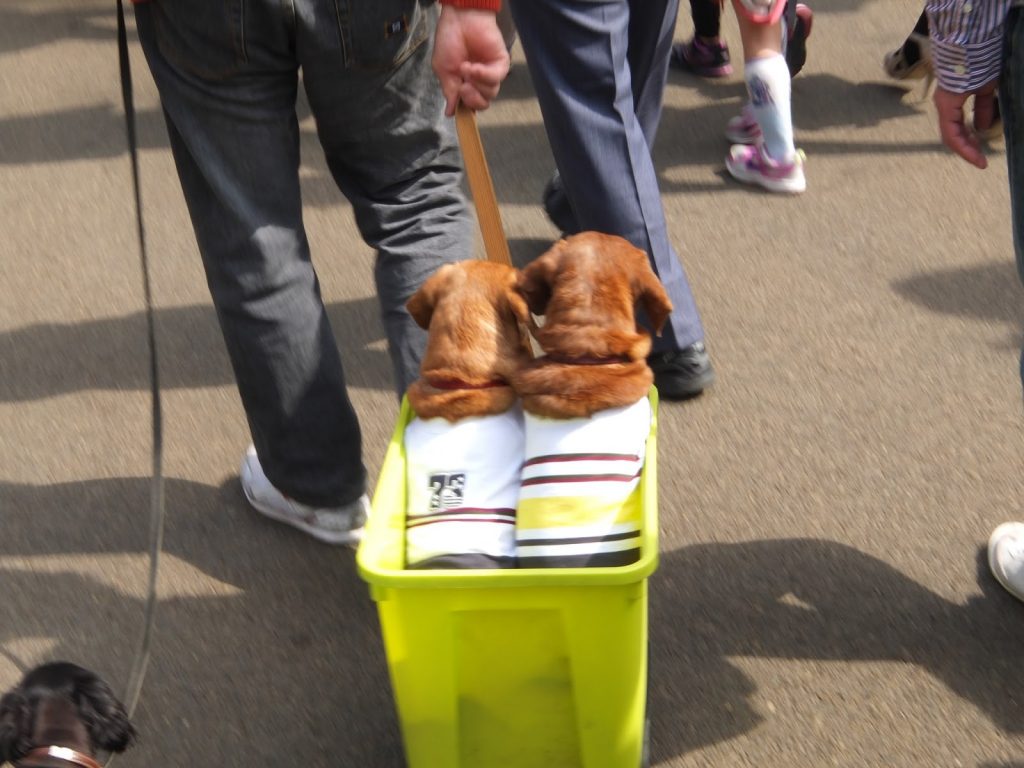 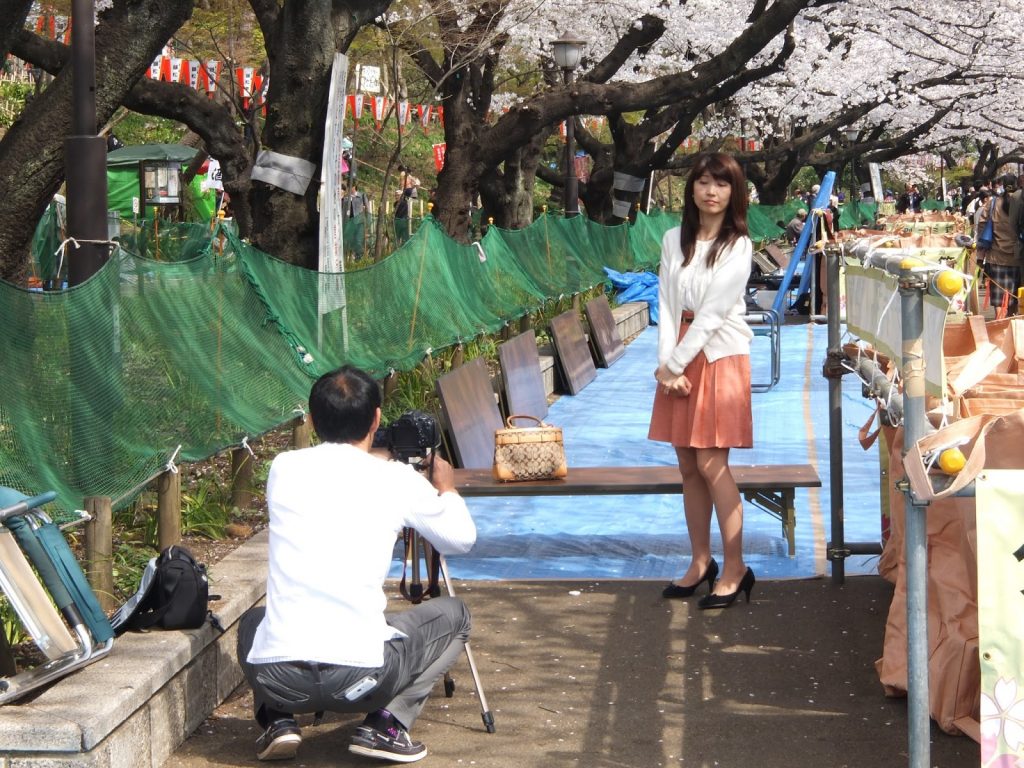 Japan has interesting Buddhist and Shinto shrines. During the cherry blossom time they are particularly beautiful. Running water and the perfectly exquisitely cared for gardens make them a delight to walk around. 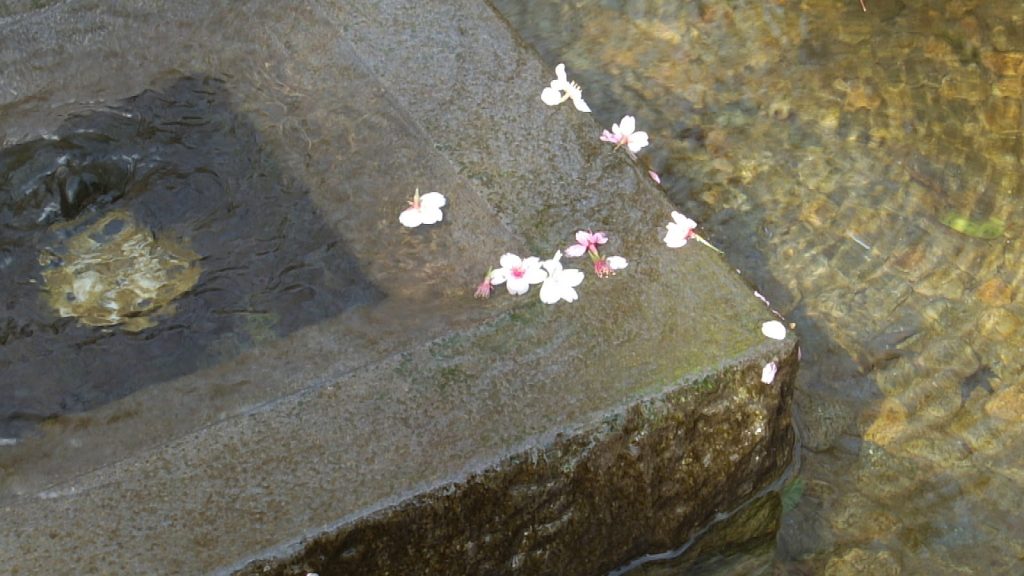 In the Japanese Alps where we walked through ancient hill villages the Sakura trees were just beginning to flower. 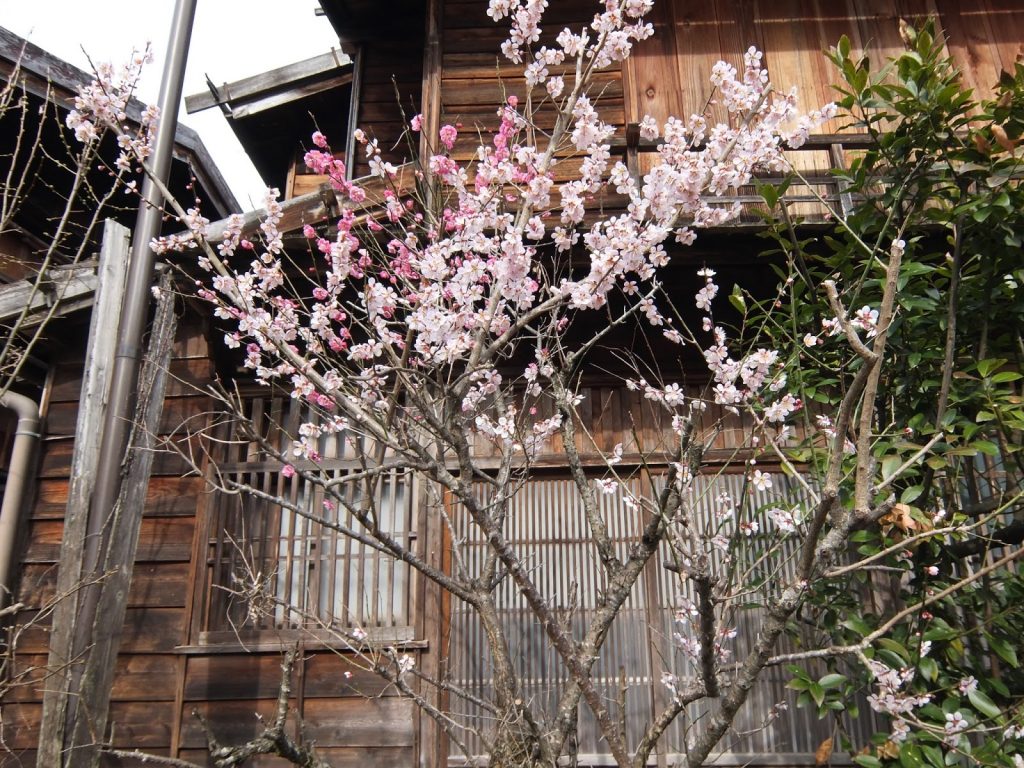 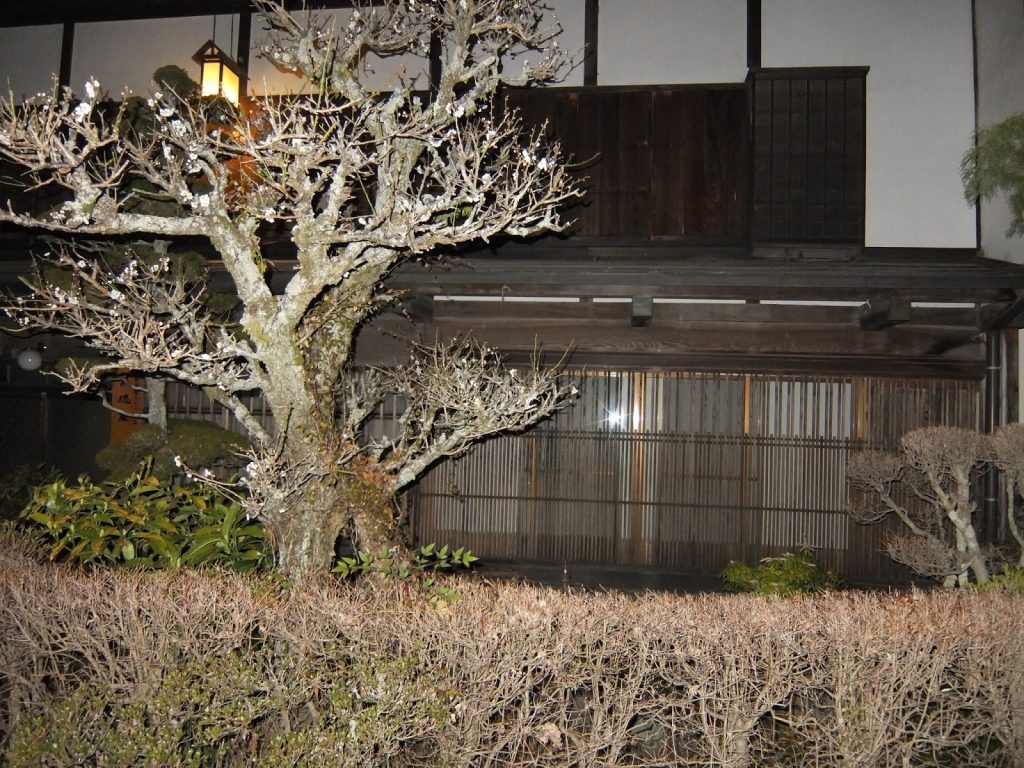 On Miyajima Island near Hiroshima, known as Shrine Island and a UNESCO world heritage site, the cherry blossom did not fail to delight both tourists and Japanese citizens. 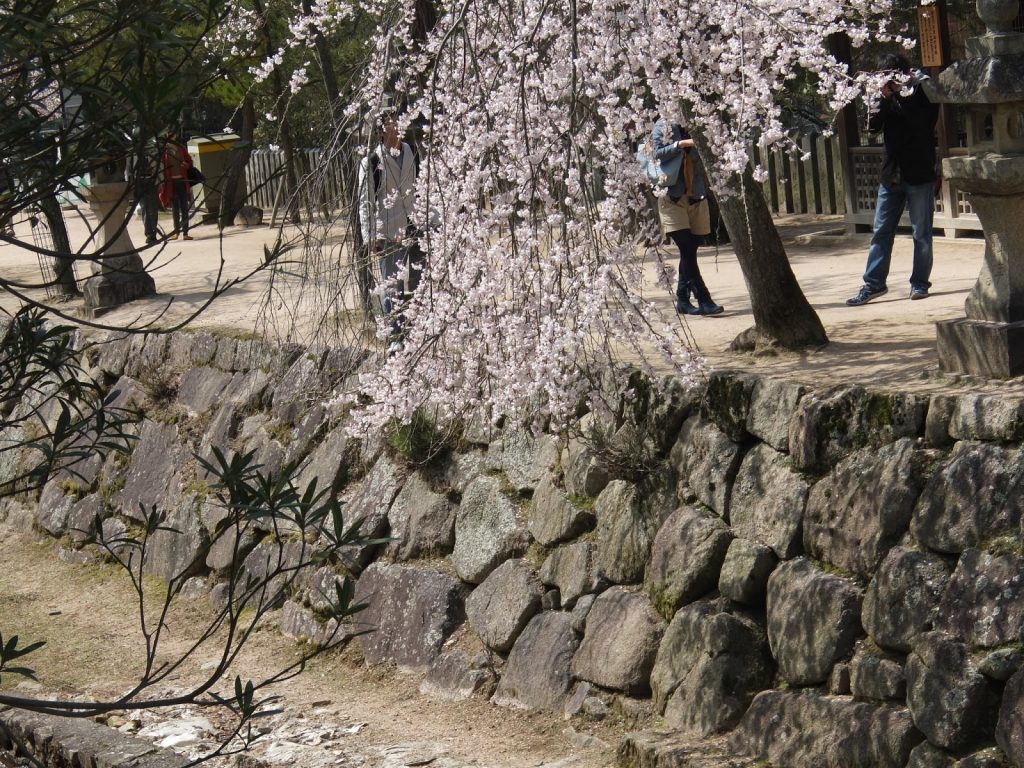 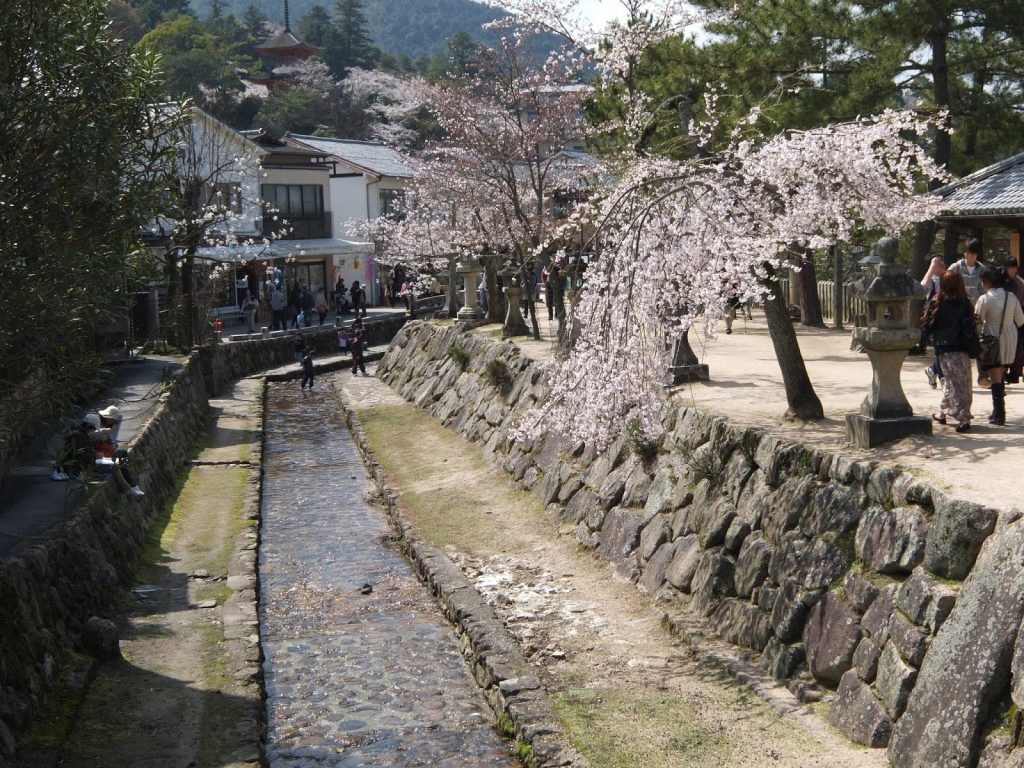 However, best of all was Kyoto. Kyoto is the old capital of Japan, the city of geisha, temples, beautiful streets along the river and canals, much less chaotic than Tokyo, less stately than Hiroshima and not so sad either. 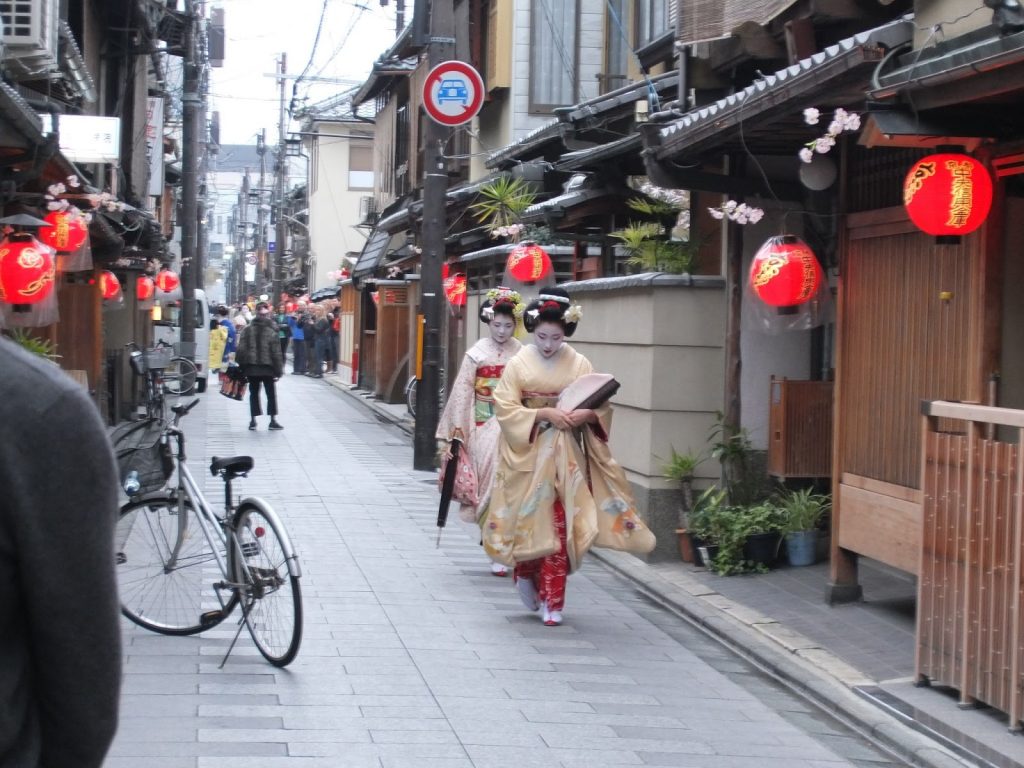 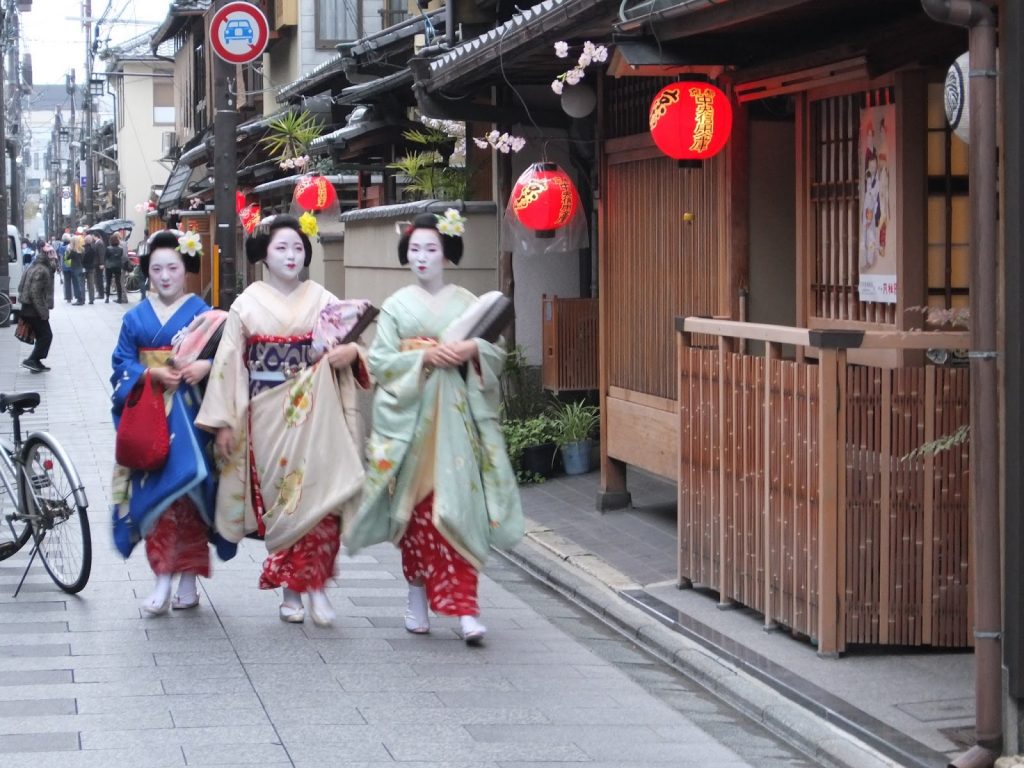 After a short time Geisha photographing as dusk descended, we participated in a spot of irresistible night-time Sakura fever. 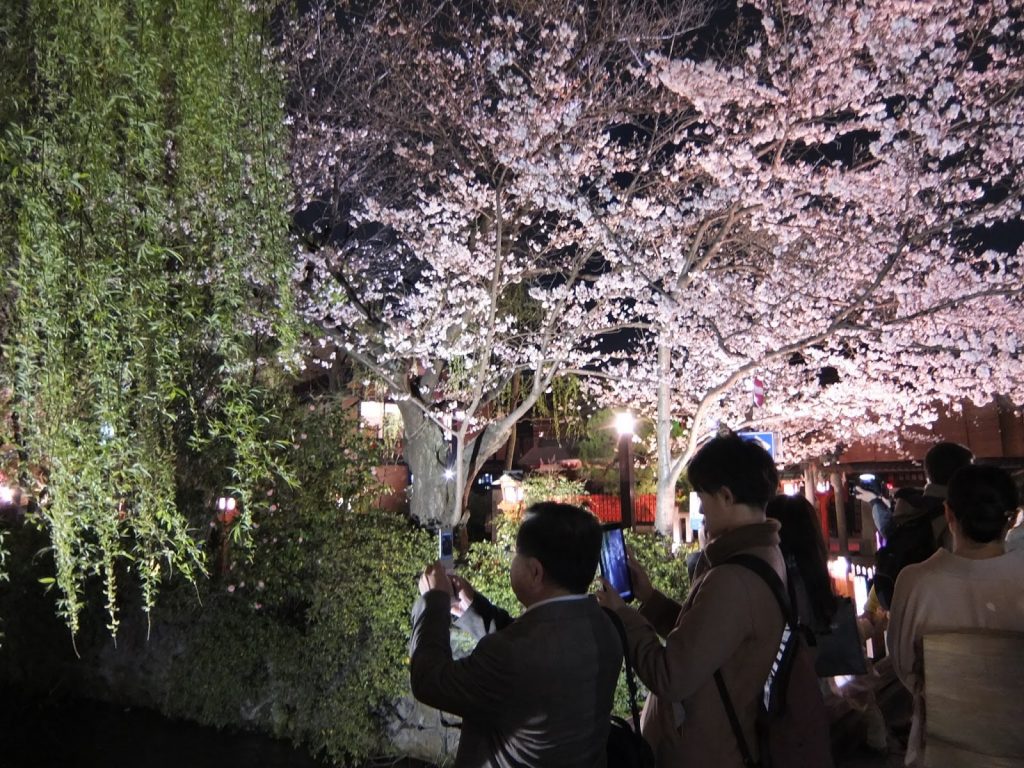 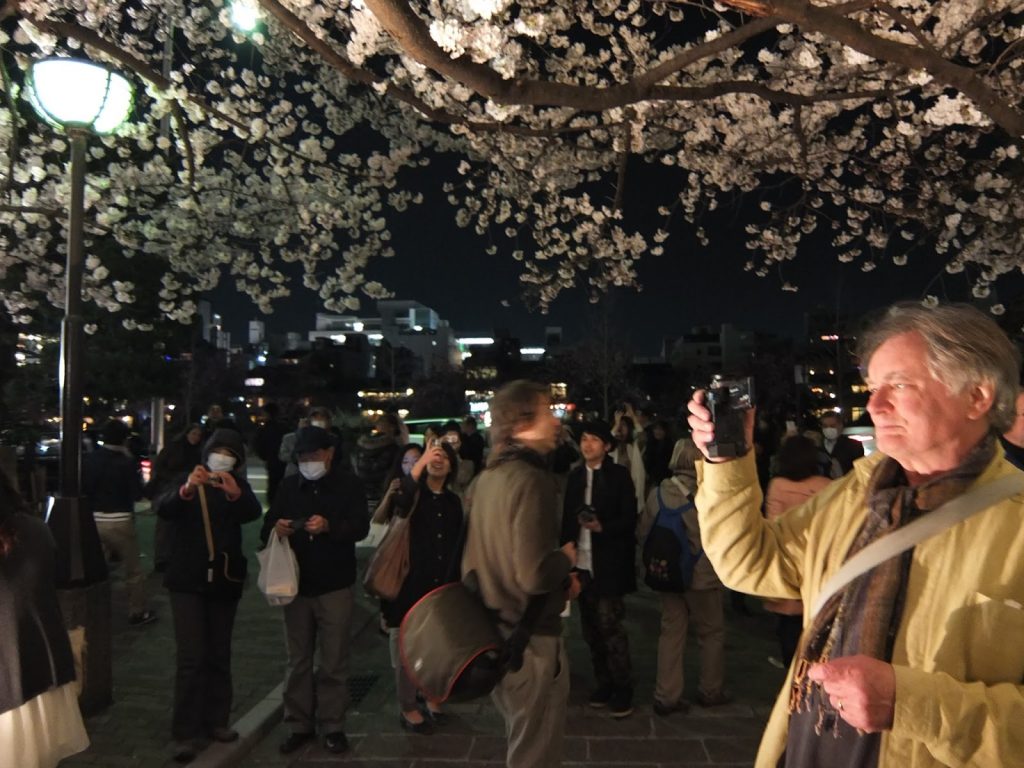 By day an enjoyable place to go in Kyoto is the Philosopher’s Walk near the hillside that edges the city where there are craft shops, clothing stores inexpensively selling old kimonos, cafes, a plethora of ancient Buddhist and Shinto Temples and of course Sakura trees lining the canals. 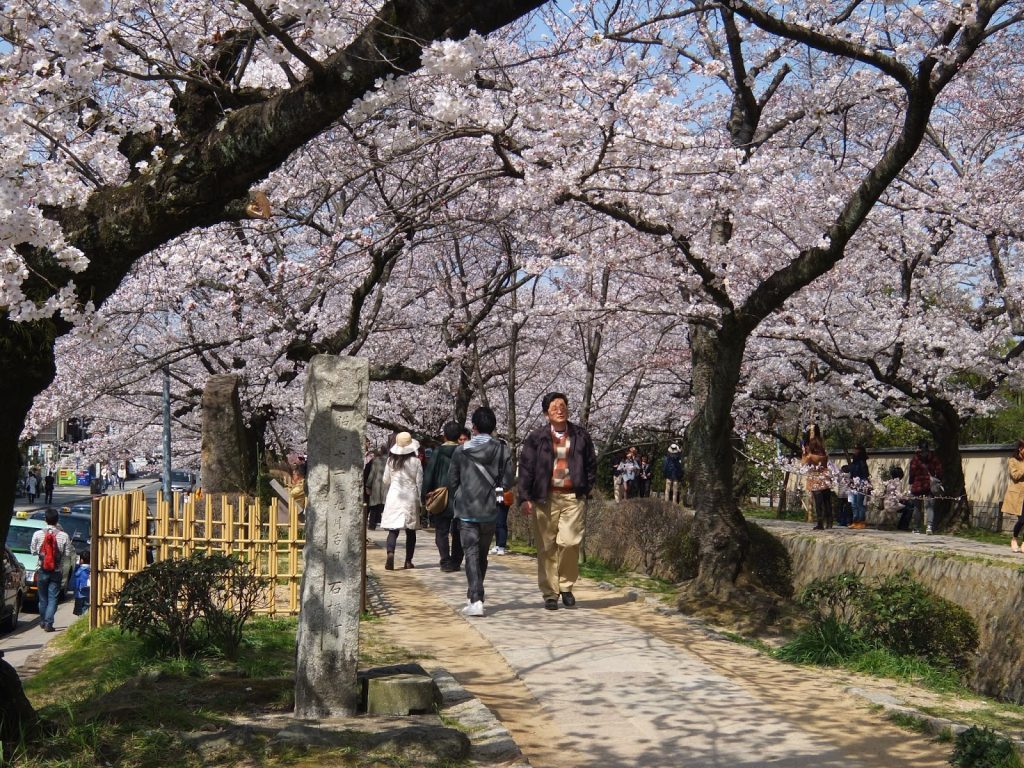 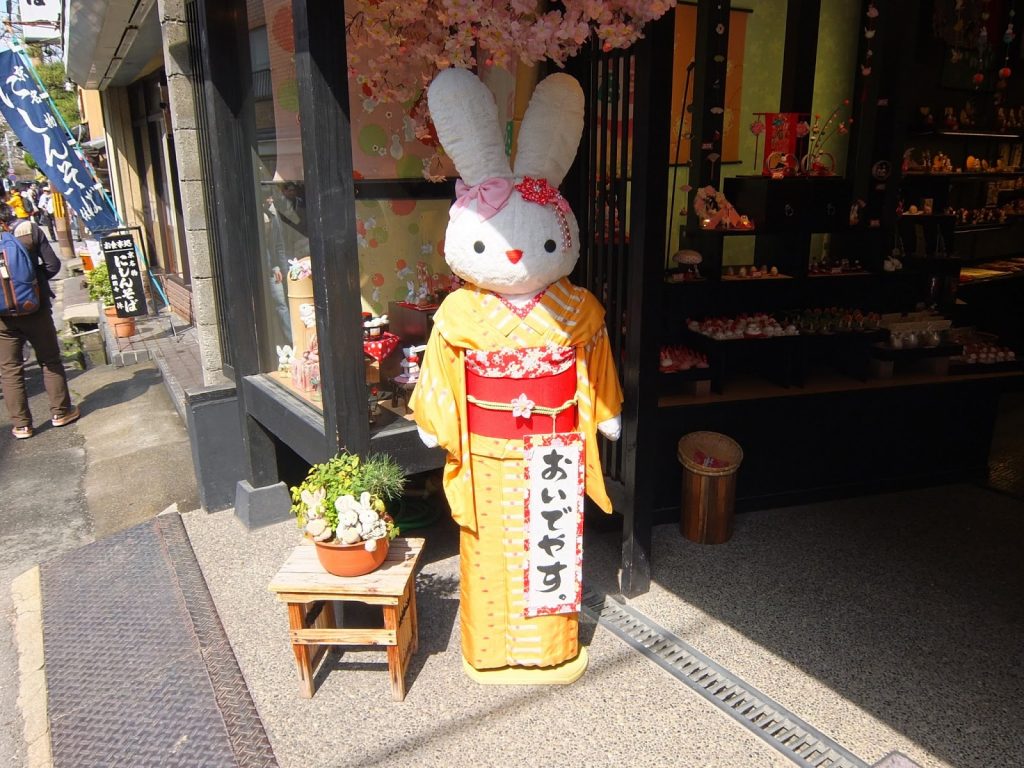 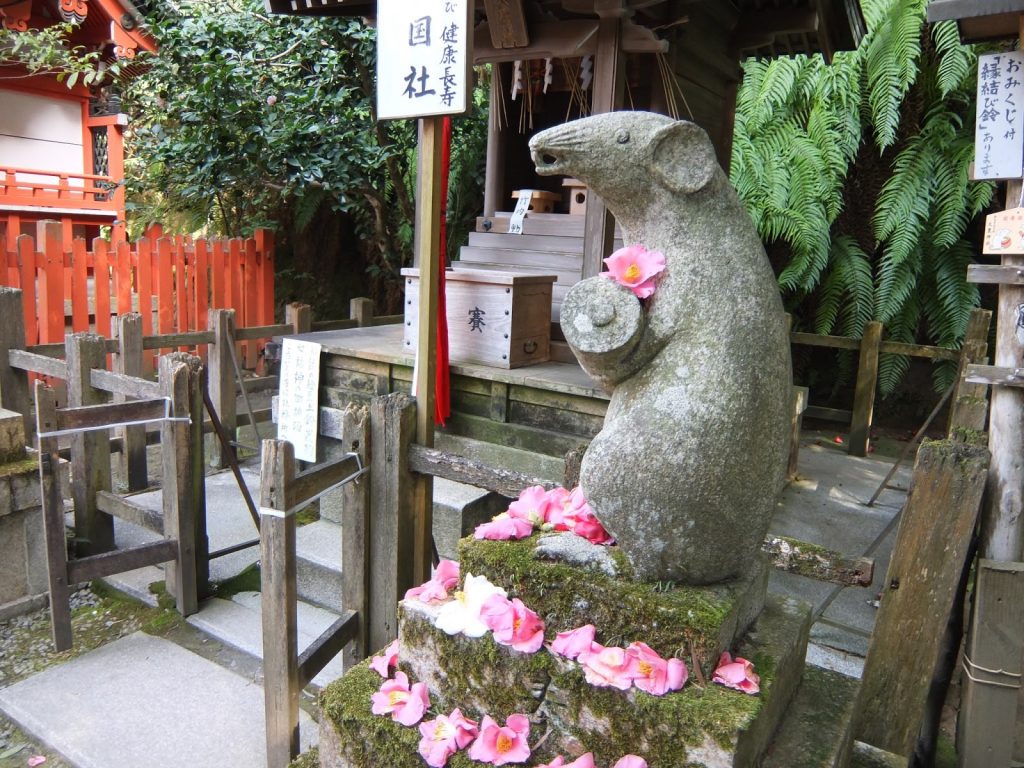 Finally, we travelled on to Hakone using the old mountain railway for the final stage of our journey. We glided into a mountain spa town and found ourselves still shadowing cherry blossom. However, here it rained so hard for several days that the Sakura blossom’s survival hung as delicately as a single Japanese silken thread. 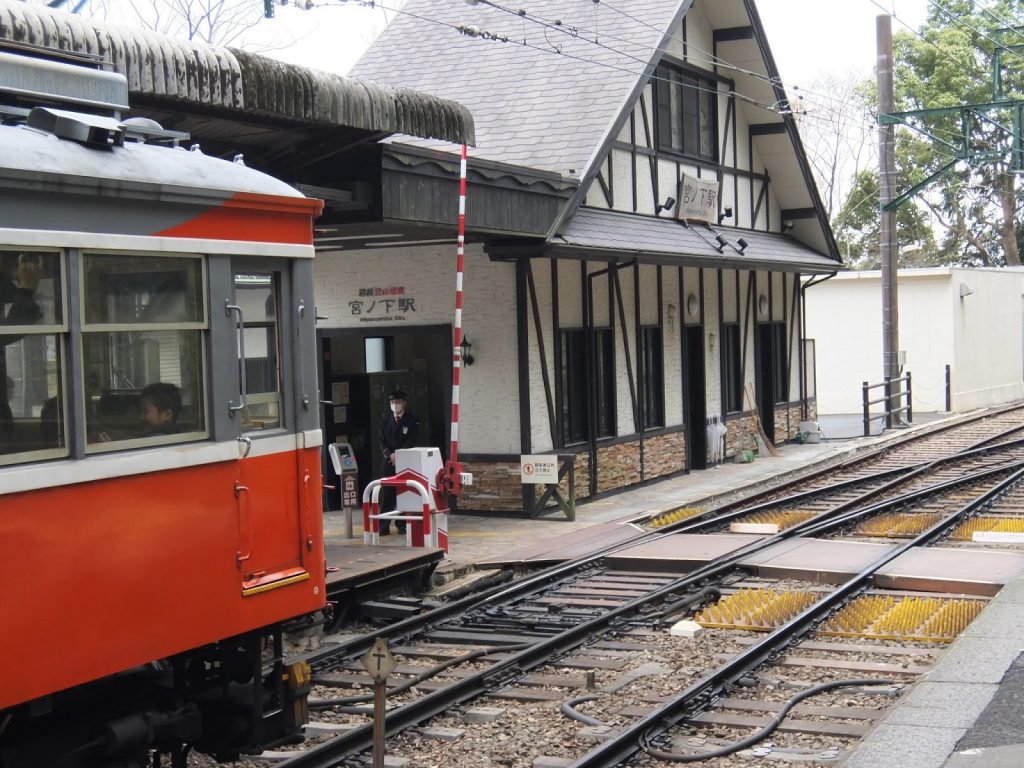 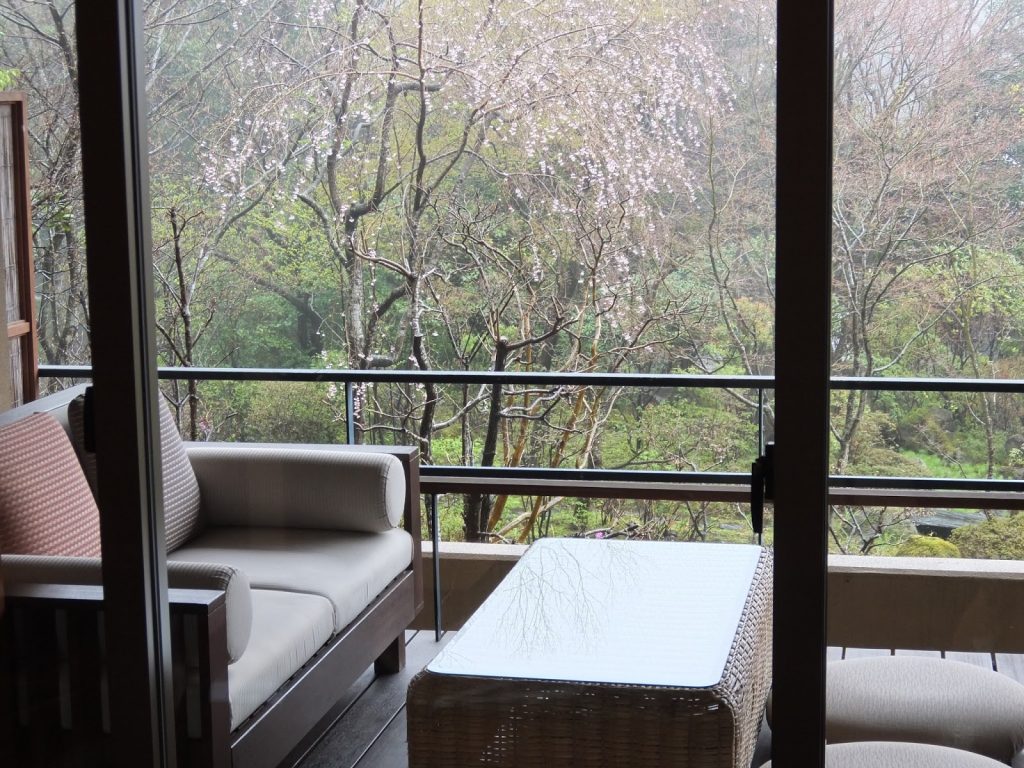 As the Lonely Planet guide says and our guide from Audley Travel confirmed to us as we began our trip,
‘If you think of the Japanese as sober, staid, serious people, you owe it to yourself to join them under a cherry tree laden with blossoms in the springtime.’
The Japanese party, drench themselves in sake, wine and beer, picnic, and sing or dance to portable karaoke systems under the blossom-fat trees. 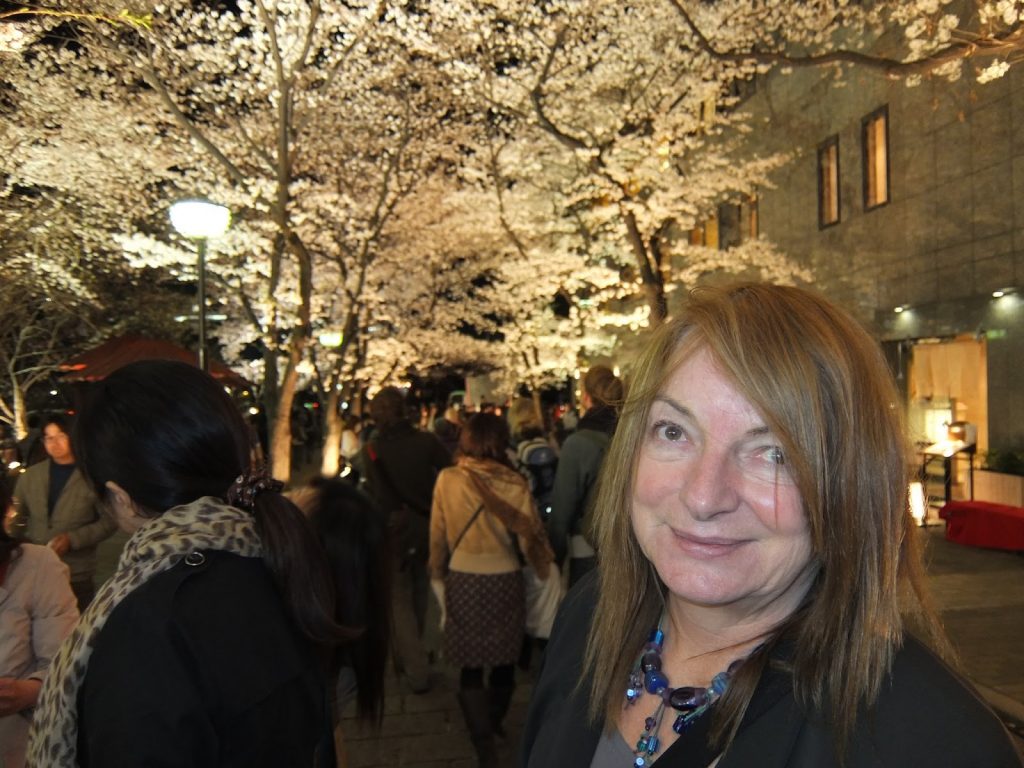 The Sakura blossom is ephemeral. It lasts only five to seven days, representing perhaps the fleeting nature of our existence. Yet, it also brings with it hope and renewal.