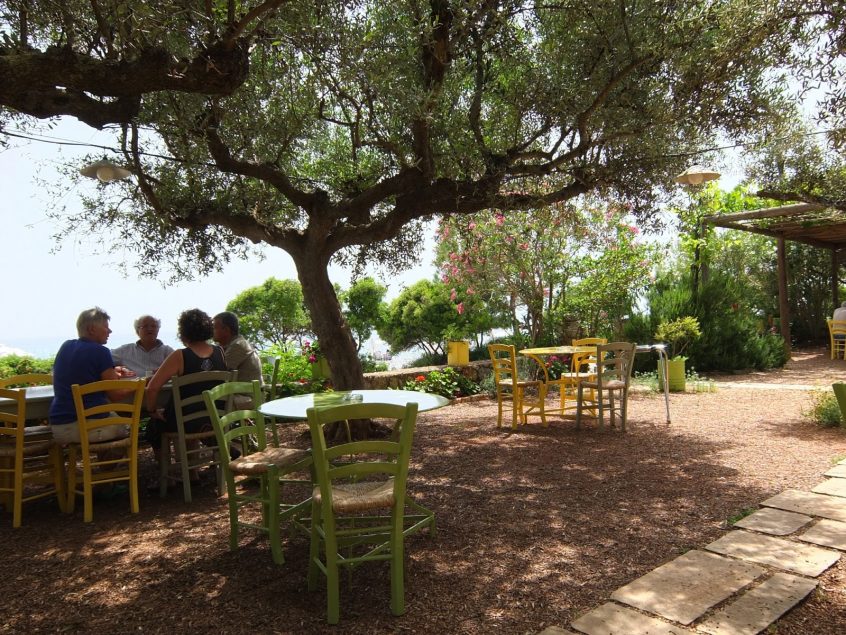 This year I am fortunate enough to have found a writing escape tucked away in the Greek Mani not too far from Kardamyli where the travel writer Sir Patrick Leigh Fermor, a scholar gypsy, lived for many years. His home, a unique house overlooking the sea, is to become a writing retreat. He left it in his will to The Benaki Museum, Athens, for this purpose. Last Autumn Sir Paddy’s fabulous house was one of the locations for a film to be released over the next couple of weeks starring Julie Delpy and Ethan Hawke, Before Midnight. In September, Kardamyli was taken by storm as cameras and film makers descended into the Mani. The local ex pat/ Greek drama group and locals provided film extras. 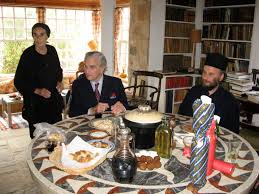 Paddy Leigh Fermor walked across Europe in 1933 when he was eighteen, sleeping in stables, fields, castles, mansions arriving in Constantinople in 1935 where he fell in love with a Romanian princess. At the outbreak of World War II he was living with her in a family mansion in Moldavia. During the war he was a very effective British liaison officer with the Greek Resistance in Crete. He hatched a plan to kidnap the commanding German general of Crete, great derring-do. This audacious kidnap is the subject of the unforgettable Dirk Bogart movie Ill Met by Moonlight. Sir Paddy met his wife Joan after the war in Cairo. She provided the photographs for his masterpiece Mani, 1958 and Roumeli, 1966. Greece was always his great love, so he and Joan settled in the region here, building that beautiful house on a remote bay beside Kardamyli. He is revered in the locality. Some weeks ago I was told by a friend that every time Joan returned to England she always stopped at her grocery store to say goodbye, even on the very last occasion nearly a decade past when Joan returned to England for cancer treatment. She died in London. Paddy Leigh followed her in 2011. When I first came to the region we used to rent a summer cottage close to that lovely house. It is an area so beautiful that, although I would never live here permanently, it is for me, too, very special. 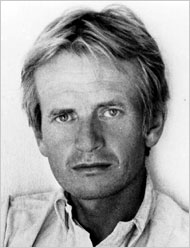 Another writer, who is now, perhaps, not so well known, Bruce Chatwin, spent time in Kardamyli. He died too young, a delicate looking, rather beautiful man, often pictured with his walking boots strung about his neck. That was how I, and my writing visitors of last week, found him- in the lee of a pretty Greek Orthodox Church, a difficult to find, secret place, hidden amongst wild flowers and foliage up a twisting lane and across a field edging a mountain village. This little church, high in the Taygetos Mountains, overlooks Kardymili far below and the deep sapphire blue sea beyond the village. Bruce Chatwin’s ashes were placed here by his own request. The classic walking boots photograph of him is held down by stones to mark the precise place the burial urn containing his ashes rests. This special tiny church at Hora is one of the most atmospheric places I have ever experienced, very moving by merit of its pure beauty and simplicity. If you have never read his books, do, because I am told that he transformed travel writing, personalising the genre, making it interesting, exciting, filled with story, about experience and perceptions rather than a map of places to see. Writing decades ago he was innovative, making travel writing identifiable as we see it nowadays.

I visited Kardimyli for the first time in 2000. Smitten by its laidback charm, I have returned nearly every year since, usually in the height of the summer. This year I spent a stormy February here writing and, though cold, I still enjoyed it immensely. Kardamyli is a charming village with a harbour to the south that is overlooked by an old fortified custom house. A Venetian Castle once stood opposite the harbour on the small island of Meropi. The only sign of any industrial architecture in the area is a tall brick chimney in the centre of the village that marks the ruins of an olive oil soap factory, once owned by Palmolive. This enterprise had grown out of the abundance of olives grown in the region.

My favourite part of this area is Old Kardamyli, which is historically fascinating and can be found behind the new village, nestled around the Viros Gorge. Its outer buildings are still occupied, but past these there is a compound between the church of Agios Spiridon and the Mourtzinos War Tower where there is much to explore. The church has a Venetian-influenced campanile decorated with carvings in a style typical of the Mani. The whole site gives an evocative impression of what life must have been like in the 18th and 19th centuries when clan leaders ruled the neighbourhood and, just as in the Greek myths, demanded and received tribute from surrounding villages. Writers, photographers and artists all find something inspirational in the atmosphere of this ancient village with its history dating back to the time of Homer and beyond.. 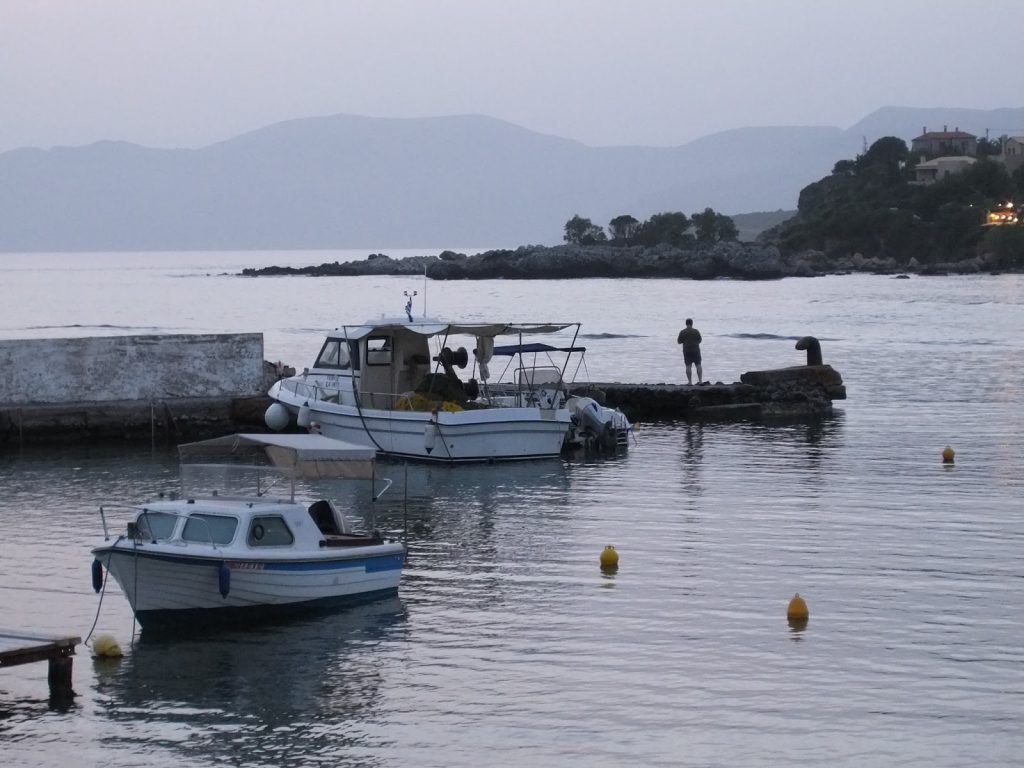 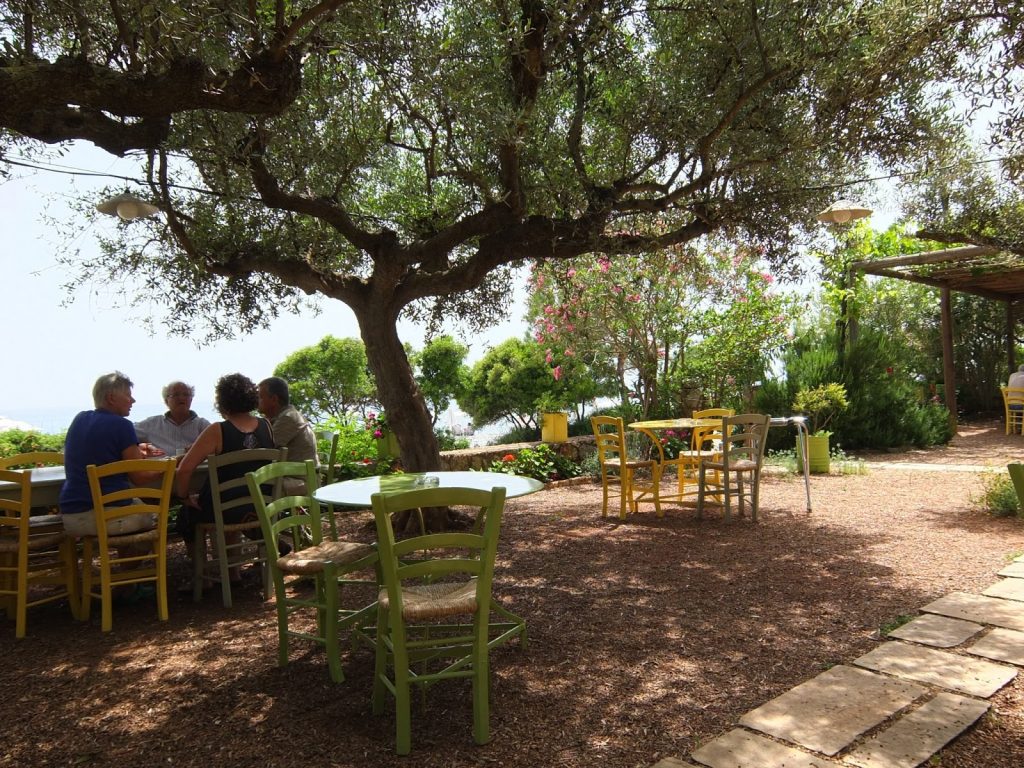 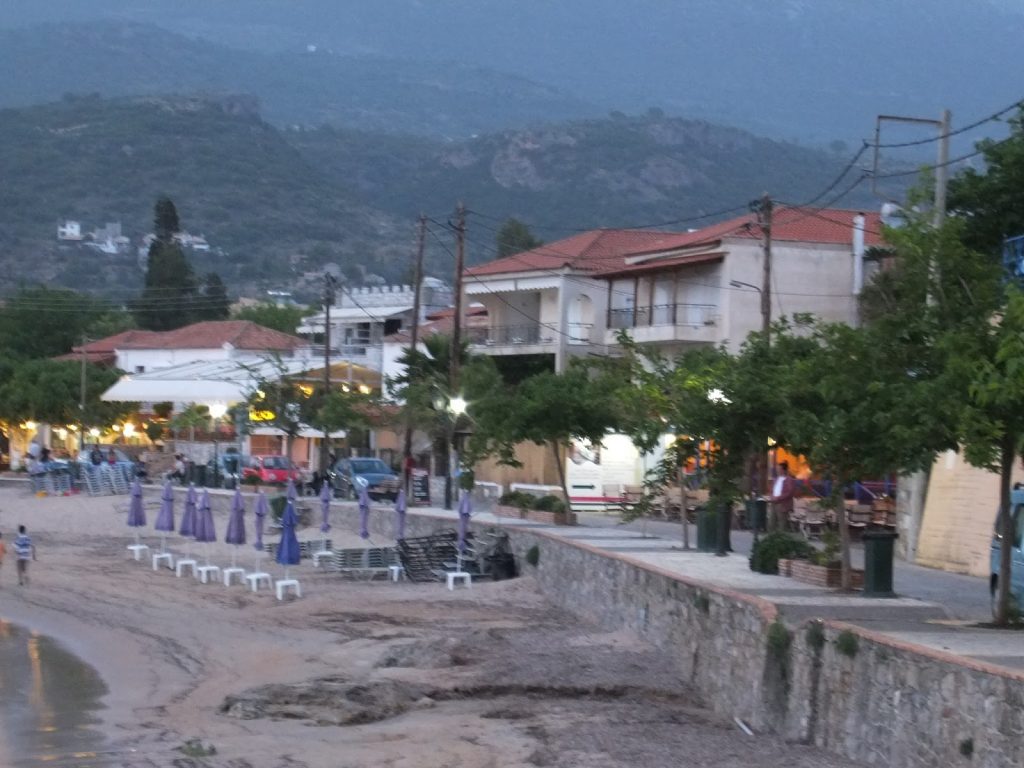 Finally, if you watch Before Midnight this summer you should see the inside of Paddy Leigh’s house, the harbour at Kardamyli, and also a mountain village setting above us here in the Taygetos Mountains. As for me, predictably, I shall be writing the sequel to my debut novel The Handfasted Wife close by, in my stone house, imagining a very cold medieval Yorkshire Castle. Time passes slowly here with a pulse that is not so different to the sense of medieval life that enters my novels. It may not be quite as exquisite as Sir Paddy’s place. Yet, it is my perfect writing retreat, a peaceful house, shady and cool, hidden away in the Greek Mani. Also, it is for sale should you be interested in moving!

Carol McGrath is the author of The Handfasted Wife, a story of Edith Swan-Neck, wife of King Harold II, published May 2013 by Accent Press, available on all e readers and in paperback from Amazon or from Accent’s website bookshop.