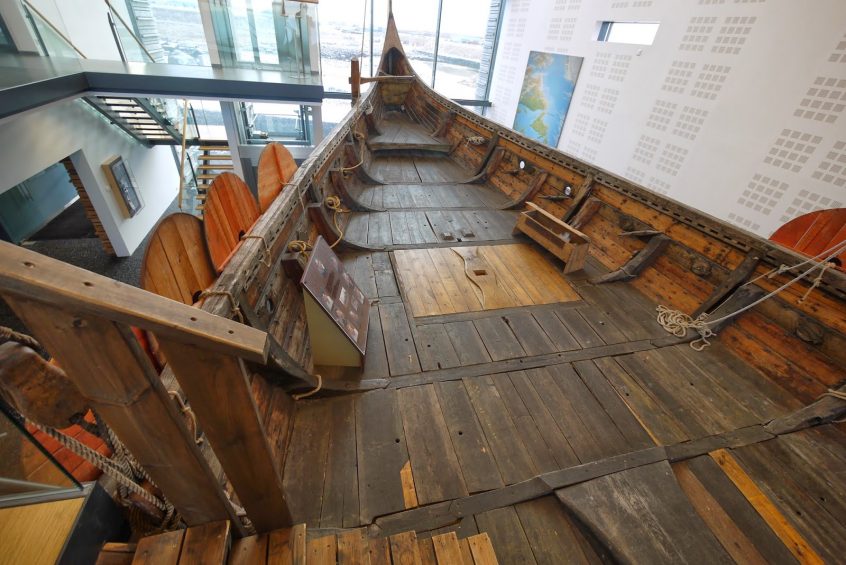 Last week I was in Iceland and whilst there took the opportunity to collect information about Viking ships for my third novel in The Daughters of Hastings Trilogy, The Betrothed Sister. It is my work in progress. The Swan-Daughter will be published this summer by Accent Press. By studying Viking ships and early medieval Iceland I was, in a general way, gathering information relevant to the early medieval world in coastal Northern Europe and beyond. In this novel King Harold’s daughter Gytha and her grandmother of the same name travel into exile and Gytha (Thea) is betrothed to Vladimir of Kiev. The Vikings famously navigated European rivers especially in Russia where the Scandinavian countries had many links at the close of the Viking period in the late 11thC. 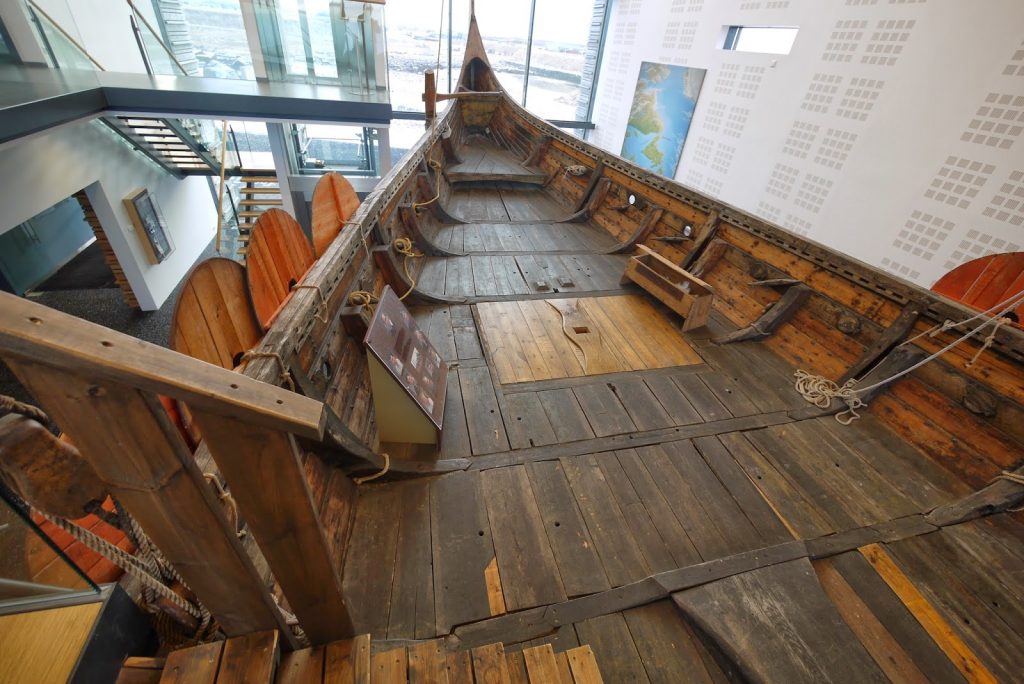 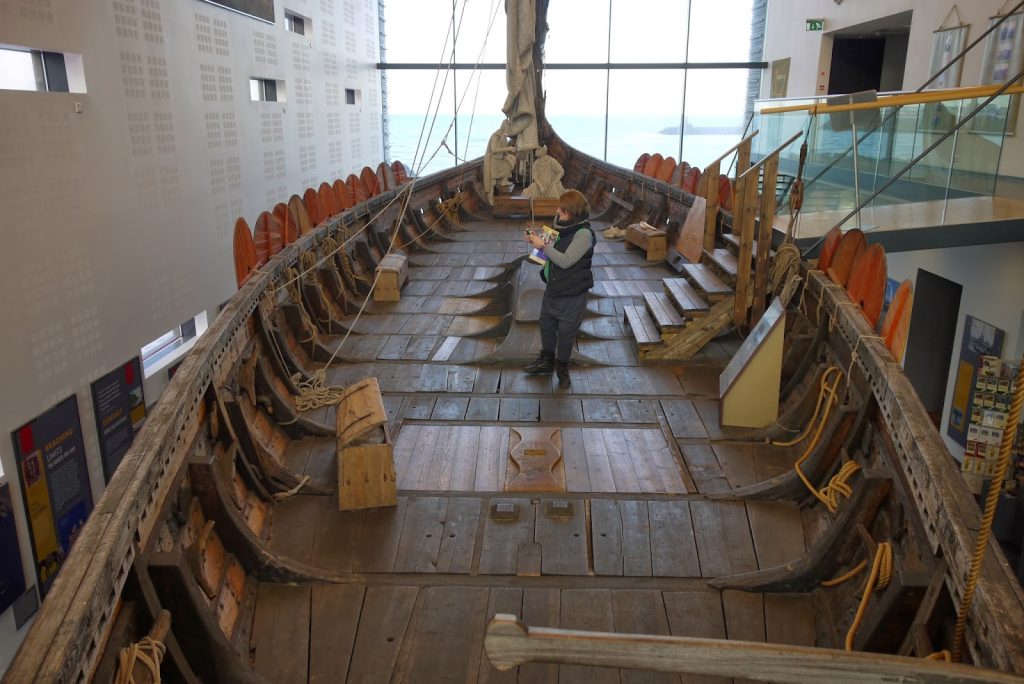 Effective means of transport and established routes fostered social and economic growth in Scandinavia and were essential for expansion overseas, for example Iceland, Greenland, Vinland briefly, and Russia. There was also the expansion into England and Normandy. We are inclined to forget that the two kings and the Duke who fought in September and October 1066 for the throne of England were of Scandinavian descent. 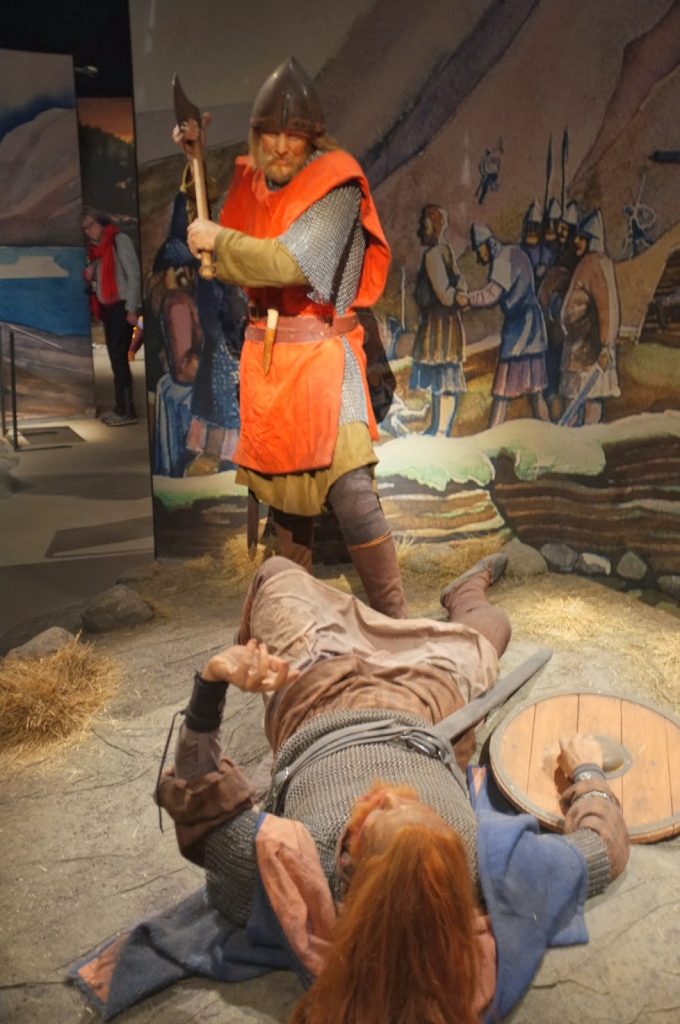 Adam of Bremen writing in 1075 points out that sailing routes around Scandinavia were the most efficient ways to travel from Denmark to Norway and Sweden, and through Russia via its rivers as far as the Black Sea. Ships are the symbol of the Viking Age. These ships have been found in England and in Slav regions south of the Baltic with relevant modifications. The ships which William the Conqueror, a Viking descendent ,himself, commanded to be built for his invasion of England in 1066 were of the same type. 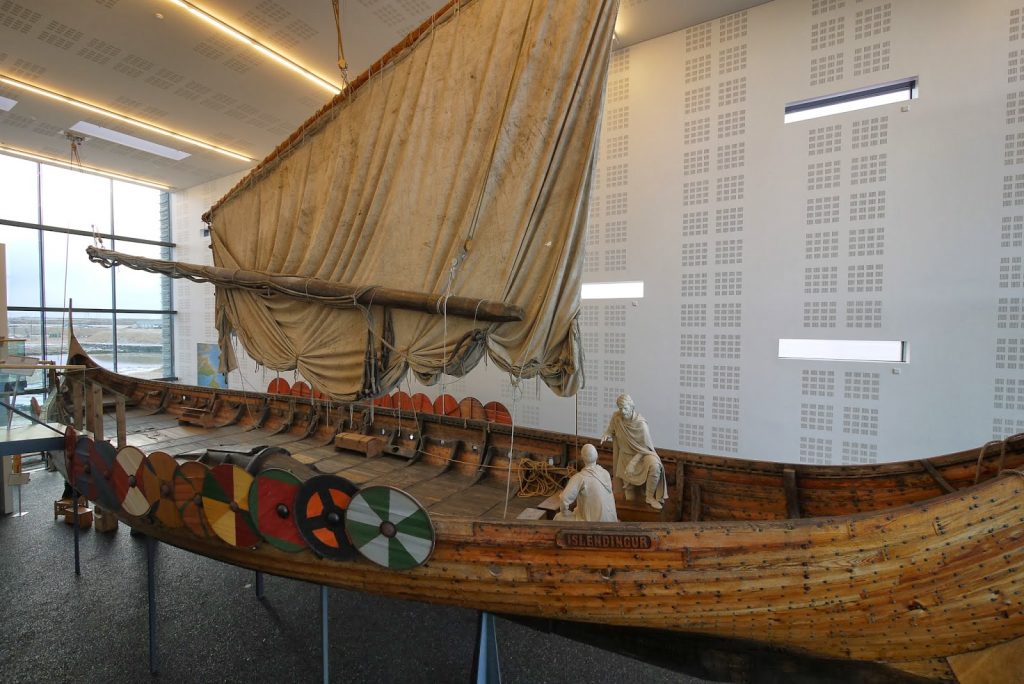 War and travel ships were low and narrow relative to their length. Mostly they seem to have been constructed from oak or pine. Oar ports were distributed evenly along the ship’s length with two to each space between the frames. It is possible therefore to estimate the numbers in a crew. When not in use the oar ports could be closed with flaps. Along the length of the ship was a deck. The mast could easily be lowered and raised because of the design of the mast fish and the mast step. The first supported the mast at deck level and the second was fitted to the top of the keel, fastened to the frames by ‘knees’. Thus the ship could be a combination of a sailing and rowing vessel and it could pass under low bridges, could move quickly if attacked and make speed with a wind over the ocean. This combination gave the ship greater manoeuvrability. And of course on the outside of the ship there was the shield-batten. 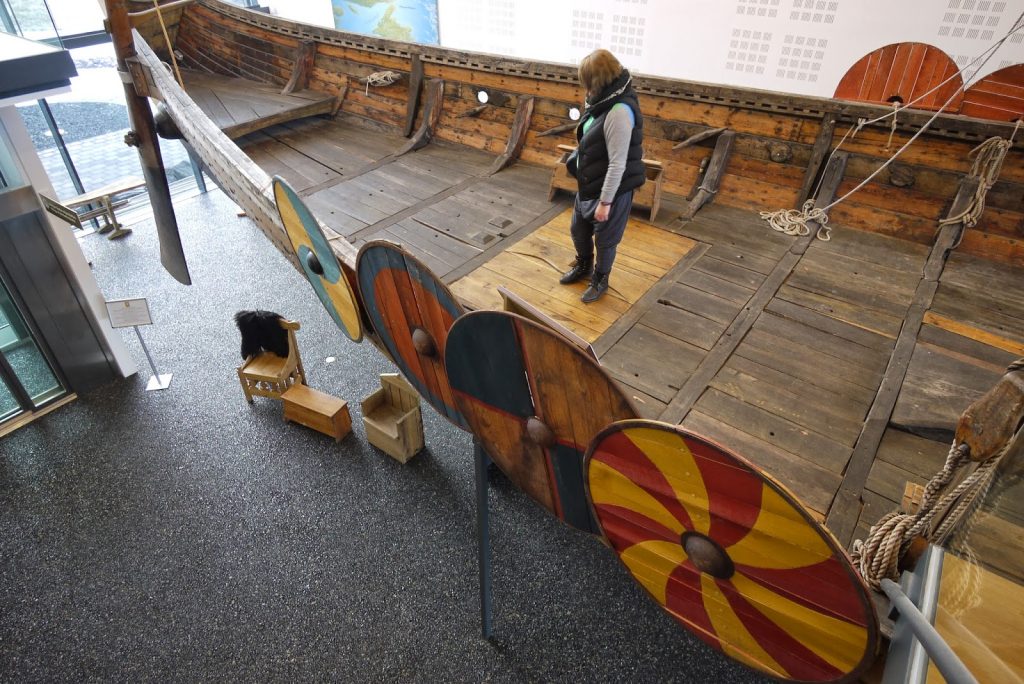 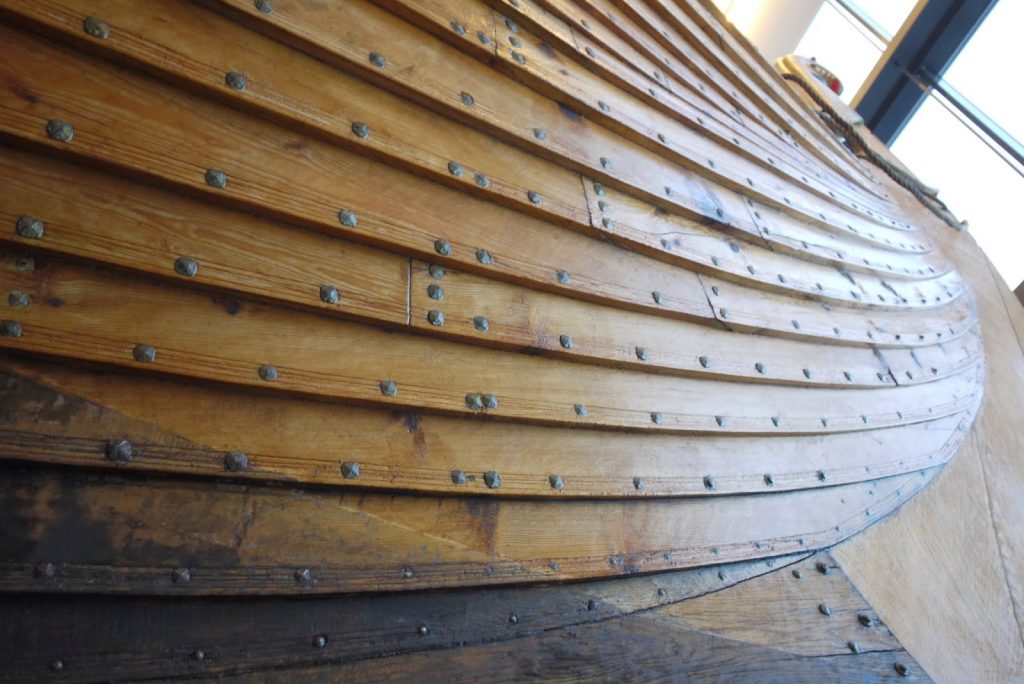 Scandinavian poetry contains evocative descriptions of ships and fleets. When the king lets the ships run across the sea, says the skald/ poet Arnor, it is just as if the Heaven-Lord’s crowd of angels were floating together across the waves. 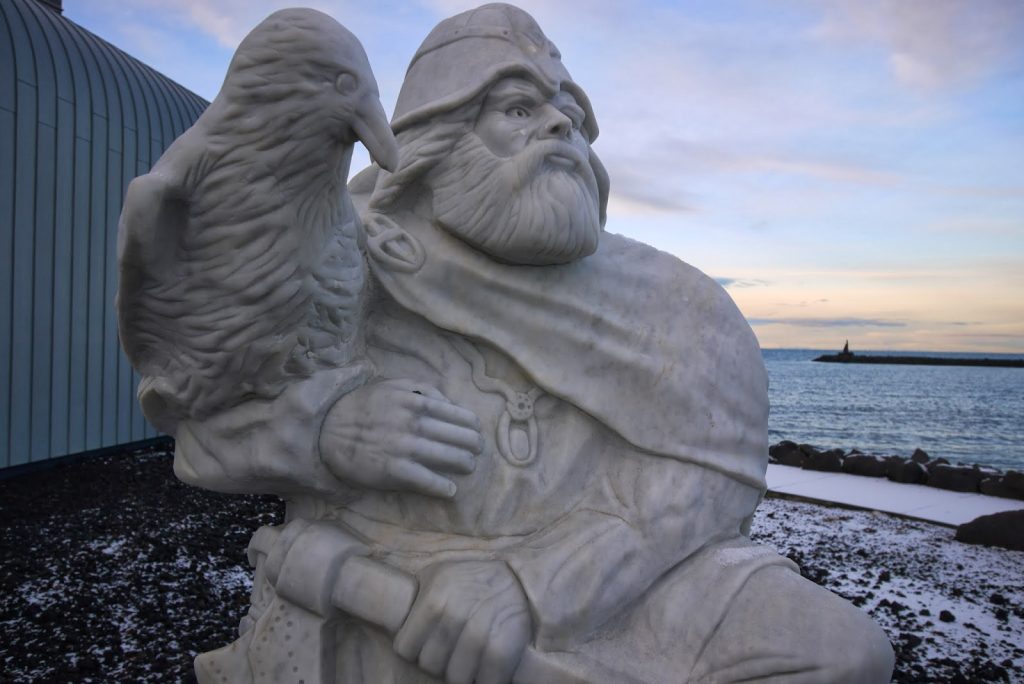 When I visited Vikingaheimar in Iceland a museum south of Reykjavik, I was able to walk on the replica of the ship that Leifr Ericsson reputedly used to cross the Atlantic in the 10th century and which was taken on a similar successful voyage in this century. There is no doubt , as the exhibitions in this museum tell us, that the Vikings were indeed the first Europeans to reach America. As for the ship it was marvellous. It was enormous and beautifully constructed. It also interestingly had a hold / crawl-space under the deck. That was a feature I had wondered about. After all, how did William of Normandy transport so much equipment including his ingenious pre-IKEA flatpack concept wooden fortifications which he quickly erected at Pevensey and Hastings? When one looks at the Tapestry it is easy to think that the ships were not so large. In truth they were actually huge!

I have travelled on the sea-god’s steed
a long and turbulent wave-path
to visit the one who sits
in command of the English land.
In great boldness, the shaker
of the wound-flaming sword
has met the mainstay
of King Harald’s line. 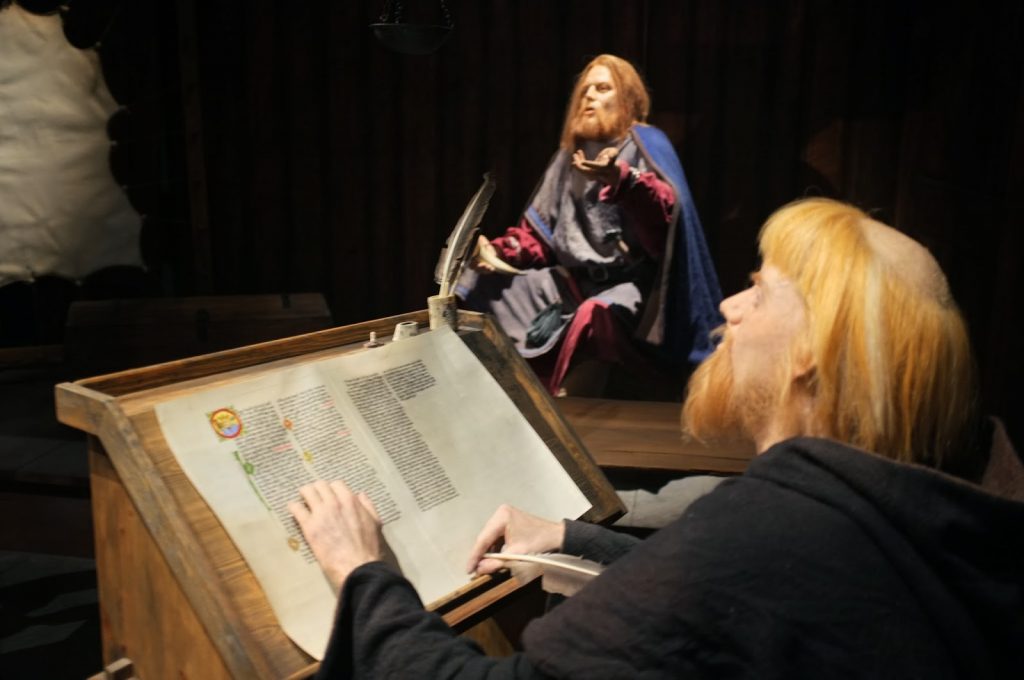 Egil’s Saga dates in manuscript form from 13thC but is attributed on stylistic grounds to Iceland’s greatest medieval historian, Snorri Sturluson (1179-1241) who was a descendent of Egil. 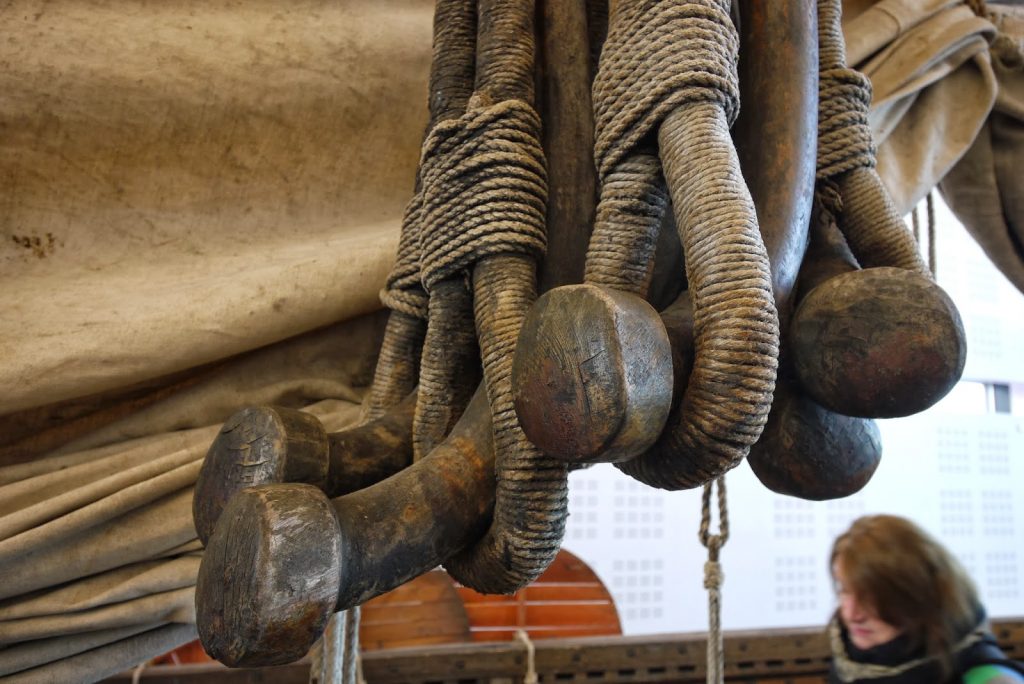 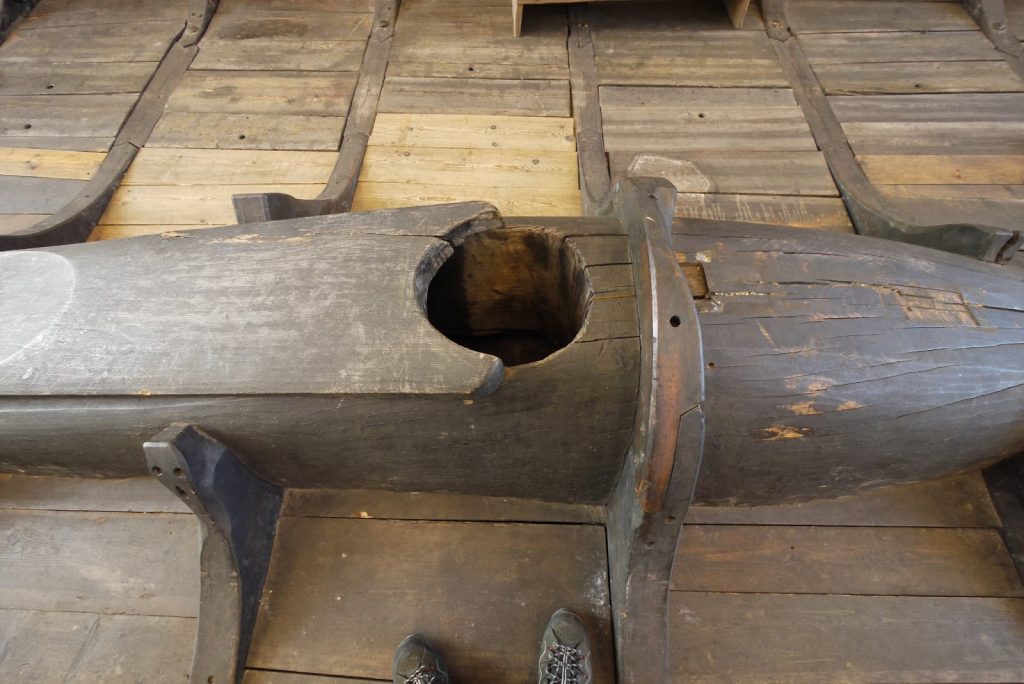 The Vikings by Else Roesdahl
The Sagas of Icelanders published by Penguin Classics
The World of the Vikings at Vikingaheimar
The Saga Museum, Reykjavik. 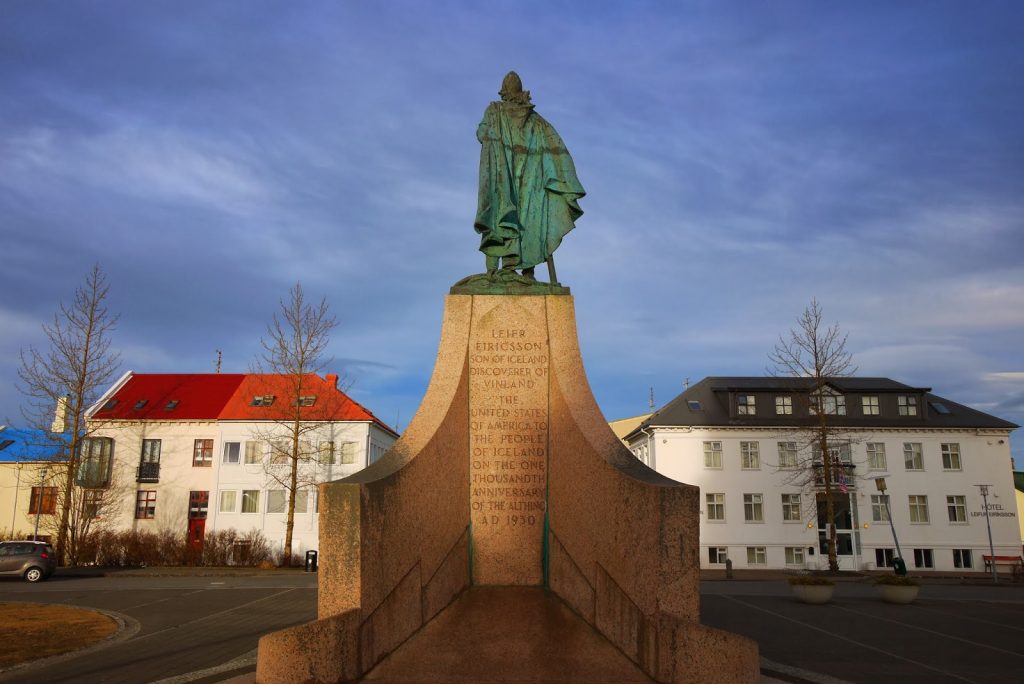