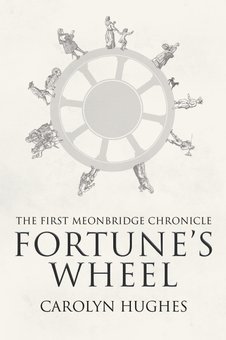 What is the benefit of a Creative Writing PhD?

Why would any writer put themselves through the strain and struggle of doing a PhD?

The Creative Writing PhD is a rather curious animal. It’s what is called “practice-led”, the practice being the writing of the creative piece – whether that’s a full-length novel, a short story collection, poetry, or whatever – which is considered part of the research process. But, as well as the creative piece, you have to write a thesis or a critical commentary. What this “research” element is called, and its nature, is different at different universities, some requiring an analytical commentary on your creative work, others wanting more of a theory-based thesis, or some amalgam of the two. My “commentary” was a bit of both: it explored a topic that interested me (how to achieve authenticity in historical fiction), but the exploration both fed into and drew from my writing of the novel.

So was it worth all the effort I put into it? I can only say a resounding “yes”! In no particular order, I perceive the benefits to me as:

The privilege of working with both an experienced novelist and a renowned academic, who together gave me both immense encouragement and valuable insights.

The opportunity to experiment with my novel, with no need to be constrained by commercial considerations (although I do hope one day to publish it). In truth, my experimentation was not wildly radical, but the structure and voices in particular were different from anything I’d written before, and I welcomed the chance to try out new ideas in a “research” environment.

The opportunity too to explore a topic that had been on my mind ever since I started writing historical fiction. I wanted to explore the so-called “problems” of writing historical fiction: my original concern about how to achieve a sense of “authenticity”, but also looking at the criticisms levelled at the genre (for example, by Henry James and, later, various literary critics).

The simple joy of discovery, allowing myself time to explore the riches of the university library’s wonderful collection of history and literature.

I didn’t have to do a PhD – I did it because I wanted to. The academic aspect of the exercise, for example, making sure that you’ve gathered together all your sources, and properly footnoted and referenced them all, can be trying, but it’s a small part of the whole.

Of course, I could have written the novel without doing the PhD, or any of the research into authenticity. But I can honestly say that the research assisted the writing of the novel, and I gained insights that I would not have had if I hadn’t done the research. It was a valuable two-way process. In the end, I felt that the two elements of the PhD came together as a useful whole, which I hope other historical novelists, or aspiring ones, might find provides a few insights into the process of writing historical fiction.

If you are interested in reading my commentary, Authenticity and alterity: Evoking the fourteenth century in fiction, you can find it here: University of Southampton, Faculty of Humanities, 2015 <http://eprints.soton.ac.uk/383484/>). The novel, The Nature of Things, will, I hope, be published in due course. 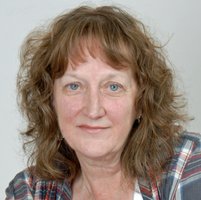 Carolyn Hughes was born in London, but has lived most of her life in Hampshire. After a first degree in Classics and English, she started her working life as a computer programmer, in those days a very new profession. It was fun for a few years, but she left to become a school careers officer in Dorset. But it was when she discovered technical authoring that she knew she had found her vocation. She spent the next few decades writing and editing all sorts of material, some fascinating, some dull, for a wide variety of clients, including an international hotel group, medical instrument manufacturers and the Government. She has written creatively for most of her adult life, but it was not until her children grew up and flew the nest, several years ago, that creative writing and, especially, writing historical fiction, took centre stage in her life. She has a Masters in Creative Writing from Portsmouth University and a PhD from the University of Southampton.

Fortune’s Wheel (SilverWood Books) is her first published novel, and a sequel is under way