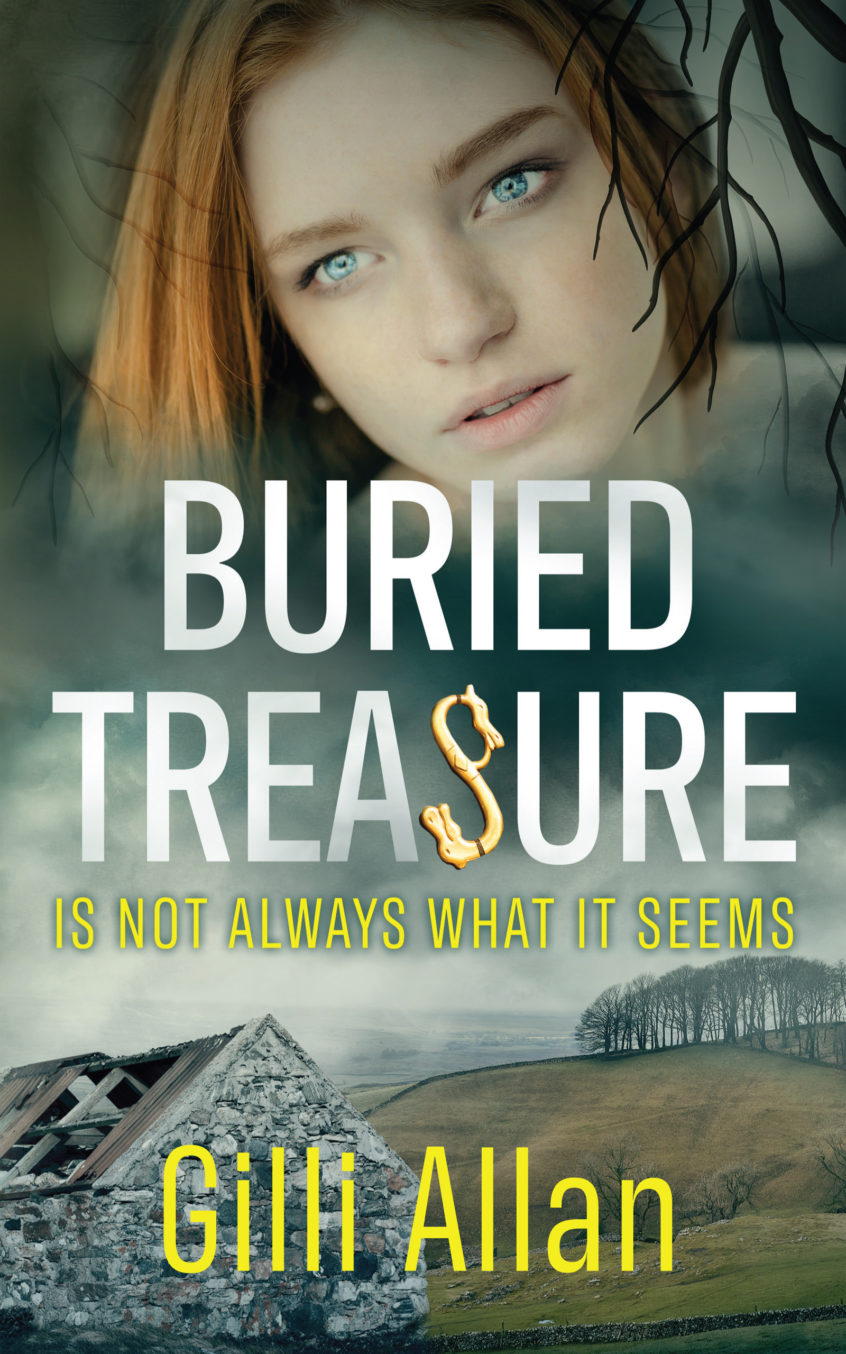 Meet today’s guest to The Writer’s Hub, Gilli Allan, whose excellent novel Buried Treasure has been republished with a gorgeous cover. 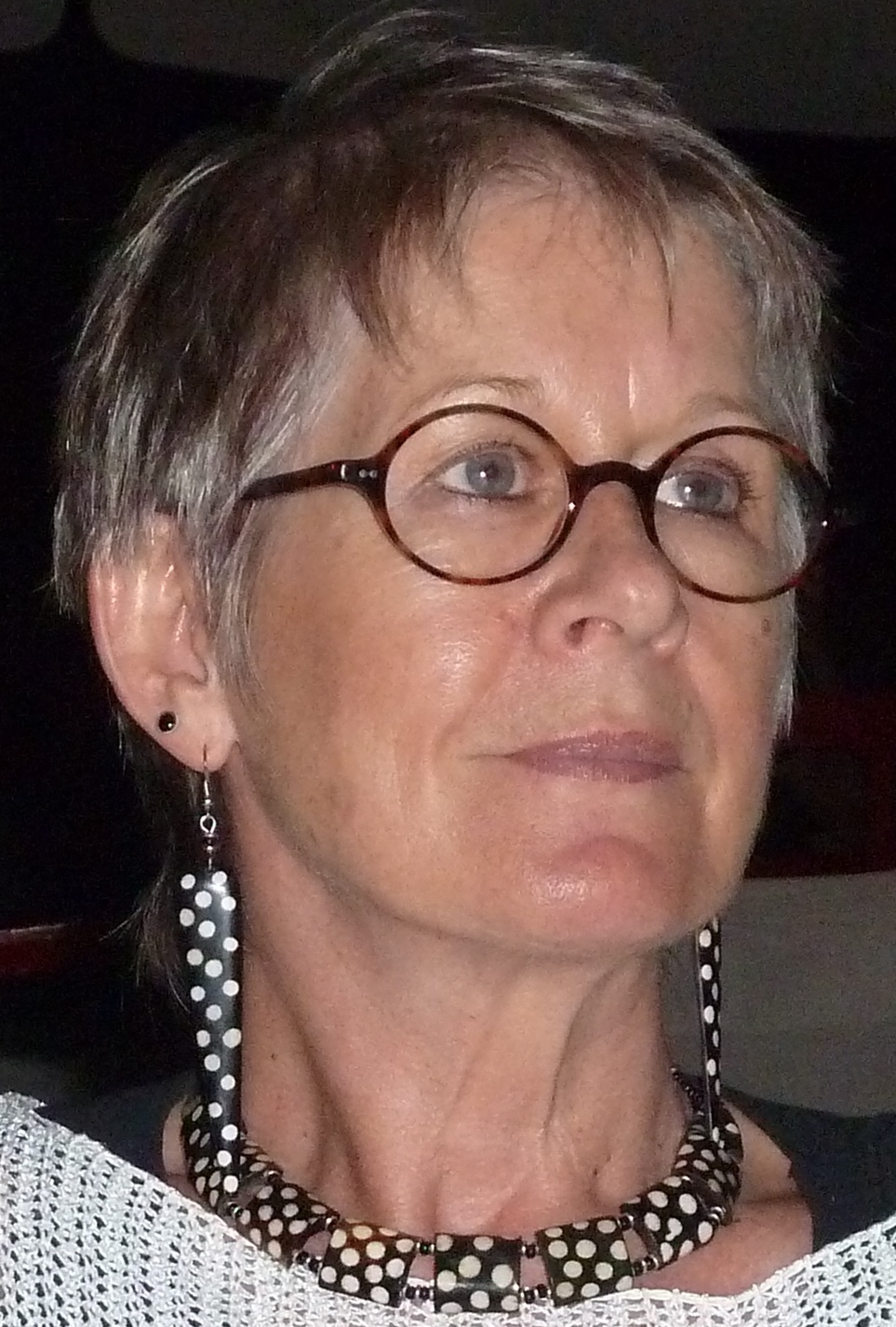 Gilli Allan began to write in childhood – a hobby pursued throughout her teenage. Writing was only abandoned when she left home, and real life supplanted the imaginary kind.

After a few false starts she worked longest and most happily as an illustrator in advertising and only began writing again when she became a mother.

Living in Gloucestershire with her husband Geoff, Gilli is still a keen artist. She draws and paints and has now moved into book illustration.

All of her recent books TORN, LIFE CLASS, FLY or FALL and BURIED TREASURE have gained ‘Chill with a Book’ awards.

Following in the family tradition, her son, historian Thomas Williams, is now also a writer. 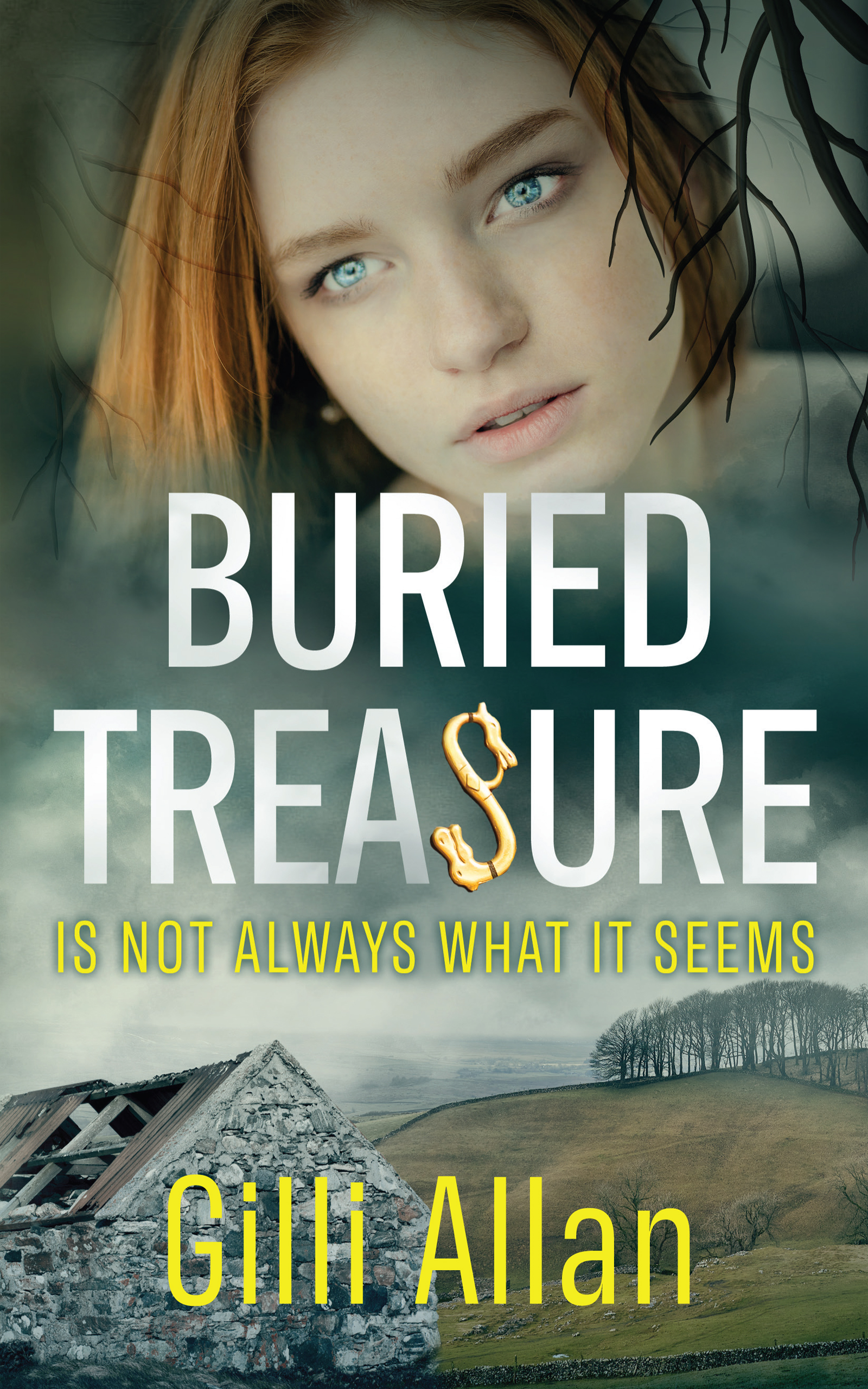 Gilli tells us about her inspiration. How she came to write novels, and about character flaws in writing. No one wants the perfect hero but read on…her choice is fascinating.

…..but before him it was my parents’ fault. They did their best to steer me away from ‘soppy’ romance towards more high-minded literature.

My parents were both artists – father a graphic designer in advertising, mother a keen amateur painter – and I inherited a facility for art. Despite the fact that my main hobby was writing, it was assumed that Art was my life’s destination. I accepted this without question. What I wrote was undoubtedly trivial and juvenile.  Romances, and in particular teenage girls’ comics, were looked down on in my family. They weren’t forbidden, and I can’t say I never bought and read one, but I didn’t do it often and I didn’t flaunt them. Taking my cue from my mother, I knew they were silly and ‘beneath me’.  I had been persuaded of my intellectual superiority over the girls who were devoted to such ‘pulp fiction’. Comics and Romances remained a secret but guilty pleasure.

As I grew up, my main influencer was my older sister. Jan was devoted to Jane Austen and Georgette Heyer (the latter was regarded as tolerable by my parents) and in her mid-teens even attempted her own Heyer-esque novel.  I read and enjoyed all of my sister’s collection, but I was increasingly drawn to contemporary stories with edgier, more challenging themes.

When I was fifteen, I discovered Dostoevsky’s Crime & Punishment in my school library and I fell in love with the impoverished student, Raskolnikov. This was not the start, but it certainly compounded my growing interest in the flawed and suffering hero. And what greater flaw can a hero have than a Napoleon Complex which drives him to murder two old ladies with a chopper? And he certainly suffers – as he should – after the deed. My own stories were not about murder, but they did depart quite dramatically from the tropes of category romance. I was impatient with stories in which heroes were always rich and powerful, heroines were always beautiful, and sex had no consequences. My stories were far darker and more angst-ridden than those my contemporaries favoured.

I stopped writing between school and finding myself at home with my son. Debating what I could do to justify life as a stay-at-home mum, I lit on the idea of writing a Mills & Boon. But my intention to write a conventional ‘rose-tinted’ romance was subverted almost from the first page. I enjoyed the experience so intensely, however, that I found I preferred to wander the more overgrown, narrow and winding diversions from the straight and narrow.  That first book – Just Before Dawn – was published and the die was cast.

In my view, it is not possible to be narrow-minded if you’re a writer. You need always to be looking for the reasons behind behaviour. I don’t mean justifying it, simply observing and asking why. I may always have a love story at the heart of my books, but the protagonists are not necessarily drop-dead gorgeous paragons. They are ordinary people with faults and failings, who carry the burden of past mistakes.  Modern life can sometimes be grubby and there are temptations and booby-traps lying in wait for most of us.   For me, it’s the mistakes and trip-ups which make the story.

I wish, in a way, that I could write what I’m told the public wants; I’d sell a lot more.  It’s indisputable that light, amusing romantic fiction is what is bought more than almost anything else. Maximum respect to all the authors who write those wonderful books. It’s an amazing talent that I don’t possess.  But personally, there’s a bug in me that needs to rip away those rose-tinted glasses. 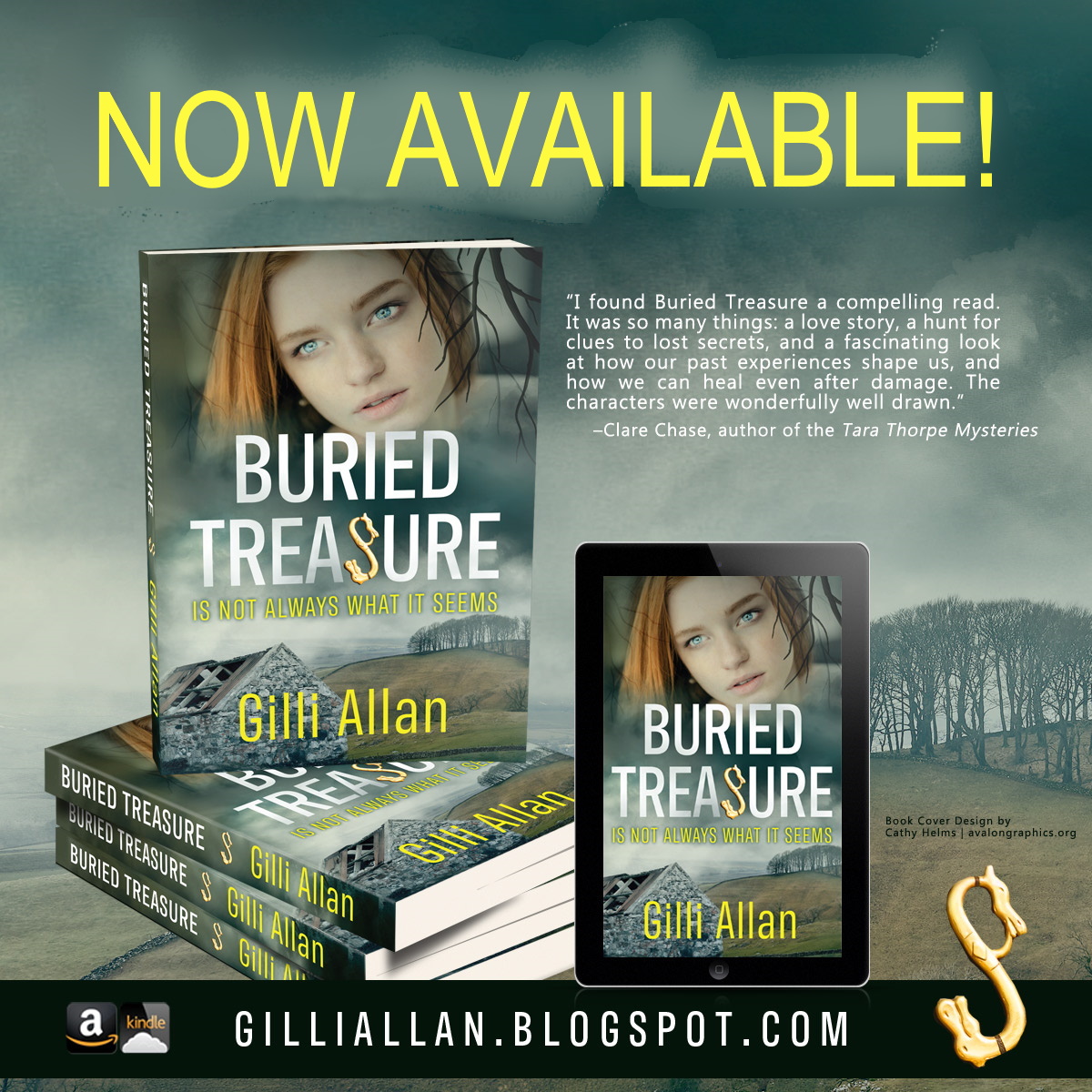 “I found Buried Treasure a compelling read. It was so many things: a love story, a hunt for clues to lost secrets, and a fascinating look at how our past experiences shape us, and how we can heal even after damage. The characters were wonderfully well drawn. ”

Jane thinks he sees her as shallow and ill-educated. Theo thinks she sees him as a snob, stuffy and out of touch.
Within the ancient precincts of the university the first encounter between the conference planner and the academic is accidental and unpromising. Just as well there’s no reason for them ever to meet again. But behind the armour they’ve each constructed from old scars, they’ve more in common than divides them. Both have an archaeological puzzle they are driven to solve. As their stories intertwine, their quest to uncover the past unearths more than expected.

Discover Gilli’s other books TORN, LIFE CLASS and FLY or FALL at