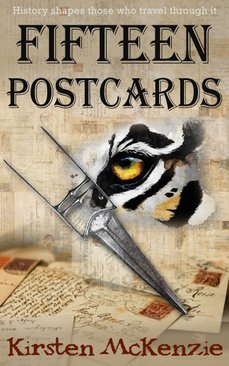 Last week I purchased the book 5,000 Words Per Hour by Chris Fox. I’d heard a podcast he’d recorded with Joanna Penn, where he talks about getting those 5,000 words down, and fast. Fast and dirty, up to 5,000 words a day. A day!

As an author who aims for 1,000 words a day, but gets distracted by all the bright and shiny things on the internet, and who more usually manages 500-700 words a day, this sounded too good to be true.

But as I near the end of my current novel, PAINTED, my first horror book, I thought I’d delve deeper. So I bought the book*. I read the book, did the exercises, and now I’m raving to everyone about the book.

On the first day I tried the word sprints, I wrote 1,780 words, during seven sprints of five minutes each. So I wrote 1780 words in thirty-five minutes. Unheard of. And they were good words. Words that moved the plot along quickly. Some were misspelt, or had been autocorrected into weird and wonderful words, but the essence of what I’d meant to write was there to see. There were no redundant words.

The second day I sat down to do my five minute word sprints, I wrote 893 words during three five minute sprints. I wrote nearly 900 words in fifteen minutes. And again, they were great fast paced words, uninterrupted by pesky adverbs, or redundant filler.

Then my daughter unexpectedly had her appendix out… so, even taking into account that small blip in my normal writing time, I managed 3,853 words, during a period where I spent two nights sleeping on the floor of the hospital, which wouldn’t normally be conducive to writing anything!

Those 3,853 words were done in fifteen different word sprints, of five minutes each. Taking a grand total of an hour and a quarter to write what would normally take me four or five days of dragging and pulling and heaving the words from my brain and stabbing them onto the page. The 3,853 words written during the word sprints flowed like a Nordic mountain stream after a heavy rain.

I will admit to deviating slightly from Chris’s advice in the book. After each word sprint, I use the Hemingway App to tidy my prose, before I paste it into my master document. Chris’s advice in his book is to finish your book fast and then edit it fast. So I’m apologising in advance for not completely following his instructions, but I am equally in love with the Hemingway App as I am with the concept of word sprints! And for me, it was a natural marriage between sprints and editing which is working for me.

So there we go, advice or feedback for others to consider, should you also find yourself writing about made up people living in make believe houses, running from things that go bump in the night. Word sprints changed my life.

*There is also an app which you can use to track your progress. I use this as well. 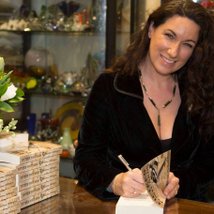 For many years Kirsten McKenzie worked in her family’s antique store, where she went from being allowed to sell the 50c postcards in the corner of Antique Alley as a child, to selling $5,000 Worcester vases and seventeenth century silverware, providing a unique insight into the world of antiques which touches every aspect of her writing.

Now a full time author, her historical fiction novel, Fifteen Postcards, was published in May 2015, with its sequel The Last Letter released in November 2016. Her books have been described as Time Travellers Wife meets The Far Pavilions with a dash of Antiques Roadshow.

Her horror novel, Painted, is scheduled for release in June 2017.

She lives in New Zealand with her husband, daughters, and her SPCA rescue cat, and can be found procrastinating on Twitter under the handle @Kiwimrsmac.

Thank you Kirsten for contributing to ‘The Hub’