For those who might not know, Alderney is a small island in The English Channel. Last week, I boarded a tiny plane that flew from Southampton to this outpost of The Channel Islands to participate in a unique literary festival. Getting there was an unusual experience- for me at least. I am a novice who has never been to the Channel Islands before, not even the bigger islands such as Jersey or Guernsey. Each of the ten or so passengers has a window seat. I voyaged out on a fog bound Thursday evening. None the less, despite a few shudders, shakes and rumbles this little plane nosed down smoothly into Alderney’s delightfully munchkin, efficient and friendly airport without a hitch. 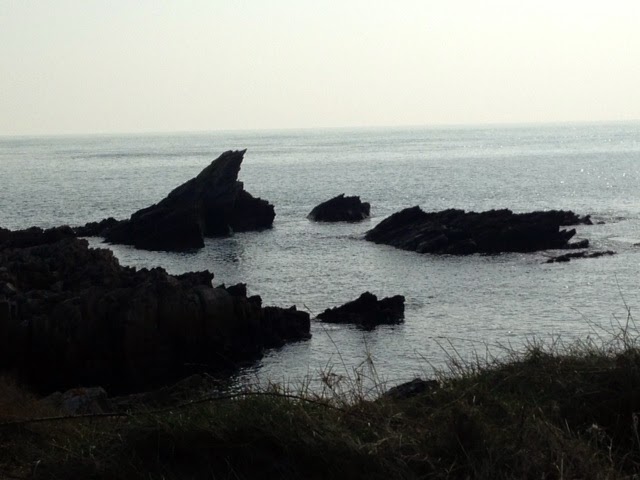 I was immediately greeted by Kate and Widget, two of the festival organizers, with whom I had communicated since last autumn but had never met. Kate Russell is a Bayeux Tapestry expert and the inspiration behind Alderney’s fascinating millenium project which continued the Tapestry panels giving it an ending with the crowning of King William. This somehow disappeared during the mists of time from The Tapestry stitched in the decade following The Norman Conquest. More than hundred people including royals, Camilla and Charles, have contributed beautiful stitches to its completion.

Widget Finn is a journalist of high repute who writes for amongst other papers and journals, The Times, Telegraph, and who recently placed a delightful article (mentioning Marc Morris, Kate, myself) which concerned The Alderney Tapestry in The Lady. The festival committee were warm people, formidably intelligent, organized and great fun. They collectively and individually made the experience so perfect that we authors are considering keeping The Alderney Literary Festival a very special secret! Of course we would never really do that. Thank you, festival organizers for your fabulous welcome. You all know who you are.

So we did not vanish into the Alderney Thursday night mist but, rather, were whisked to our destination, respectively Farm Court and The Rectory, only ten minutes from the landing stripe. Within half an hour, a further whisking and I found myself in the midst of a literary buzzing company at an evening reception with drinks and canapes- in a fortress! This was a huge kitchen/dining area in Rachel Abbott’s fort apartment overlooking a beach. Our host for that evening, a writer of thrillers, Rachel Abbott, is a phenomenal success. Later I discovered that Alderney has many forts dating from The Napoleonic era and fortified buildings that were used by the German invaders during WWII. 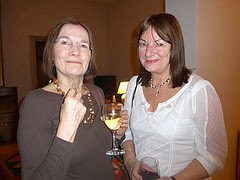 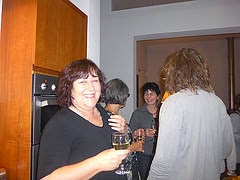 The next day the Festival kicked off in The Georgian House in town, a short walk from our accommodation, along small streets flanked with Victorian and Georgian houses. I was a little nervous because I was appearing on the first panel, co-speaking with Simon Scarrow on an interesting topic for both writers and readers of Historical Fiction, ‘Is Accuracy or Story more important in works of Historical Fiction’. 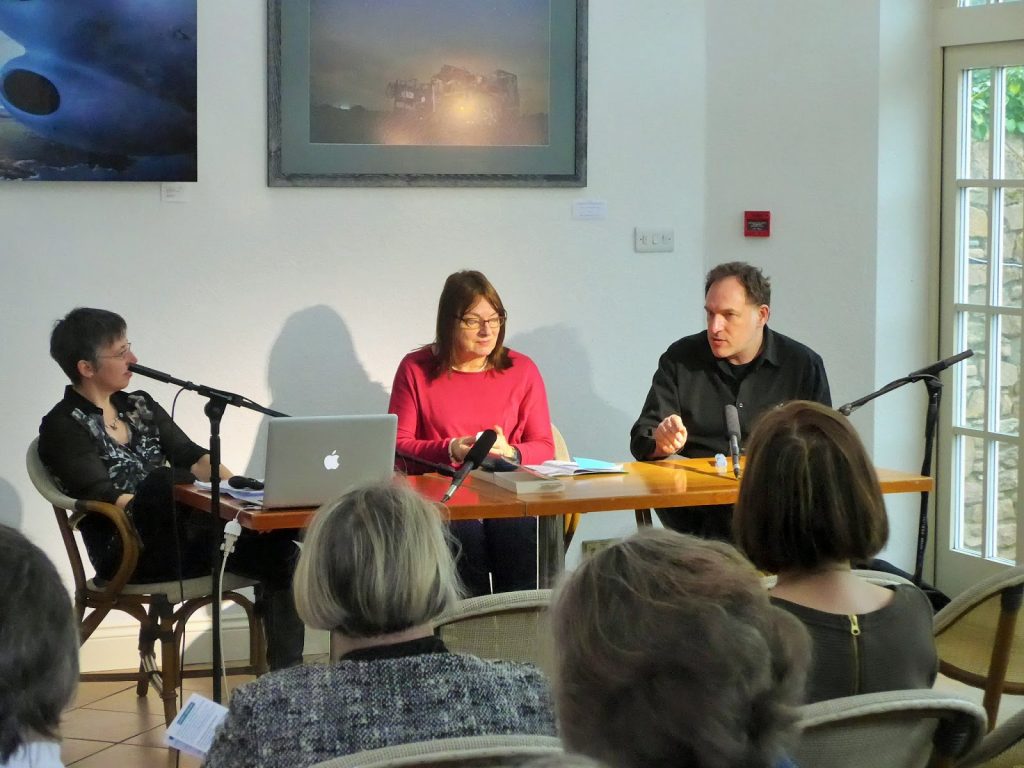 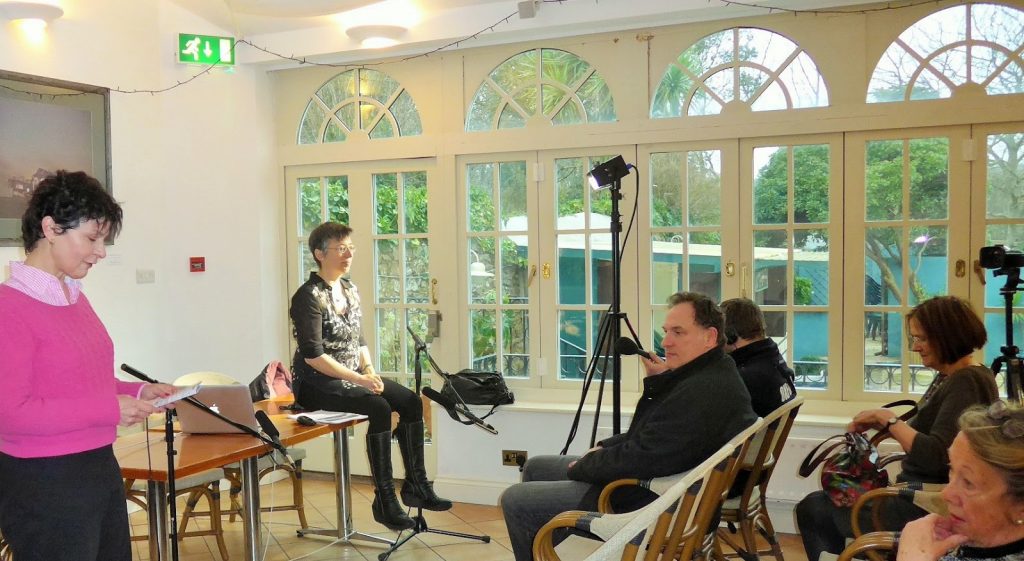 I immediately felt at ease by merit of author Manda Scott’s relaxed introduction. After a thoroughly good discussion, I think Simon and I agreed that whilst both mattered, that as writers of historical fiction, it really was all about telling a great story with wonderful characters. I endeavor to dig up everything I can about the medieval world I depict before placing characters in it. Then they take over. For me this is crucial. The historical details scattered throughout an historical fiction matter because they allow the reader a convincing sense of a particular historical world. I held my breath for a split second thinking that Manda was going to ask me details of how medievals made soap. And, I was also asked about teeth cleaning in The Middle Ages- definitely twigs and herbal concoctions! 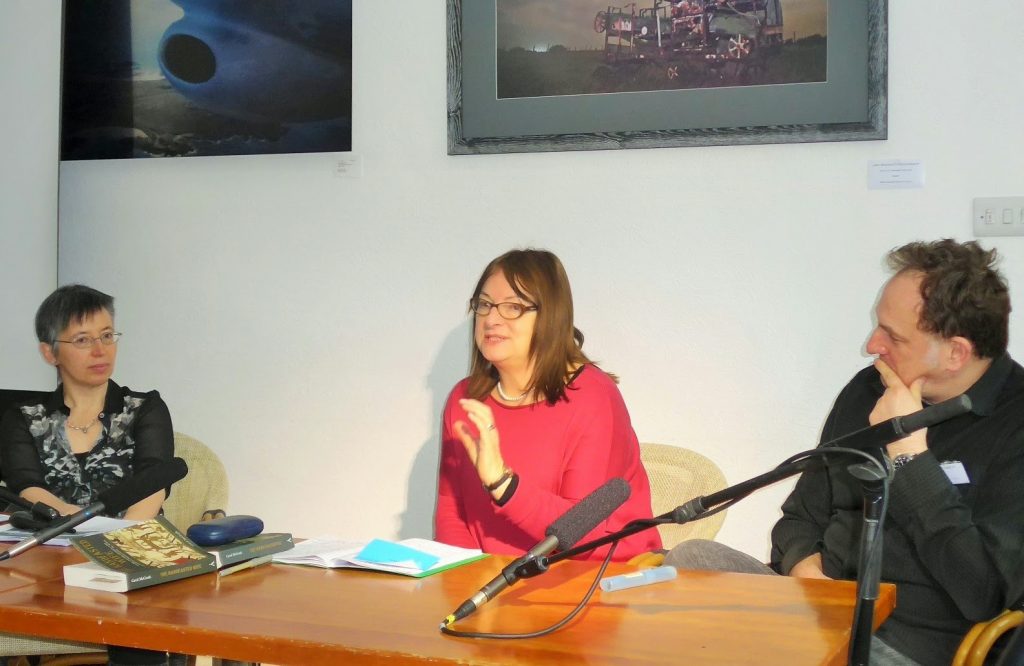 Since my protagonists are real historical personalities, I absolutely do need to know what is written about them in Primary Sources. Yet it is also worth remembering that, as Simon says rightly, even these sources carry agendas and often the sources are the ‘stuff’ of story. It was a topic that gave rise to a lively discussion, chaired intelligently by Manda Scott, author of The Girl who Walked into Fire, a superb, I am told by Elizabeth Chadwick, utterly wonderful novel about Jeanne d’Arc to be published in May. If you like good, quality historical fiction, buy it! 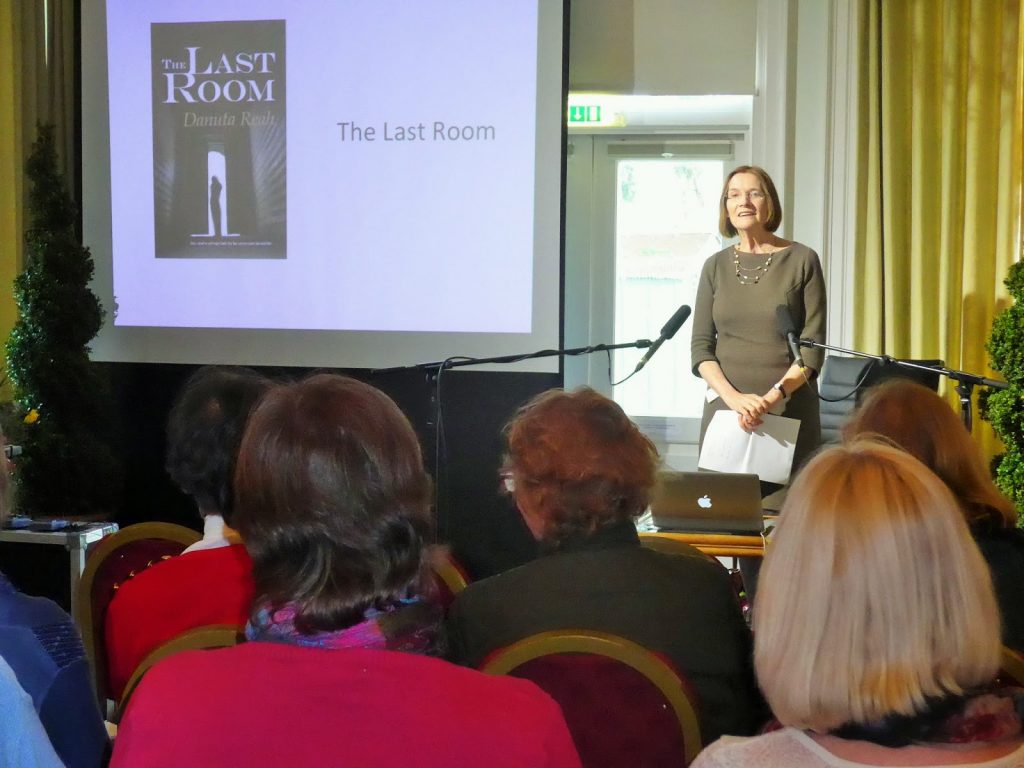 As an author who loves reading and finding new books, I enjoyed listening to Friday’s and Saturday’s speakers, in particular Danuta Reah and Clare Mulley. Danuta spoke about a thriller set in Poland, The Last Room. Her brief was ‘Looking Back: Finding Fiction in the Past‘. Her slides showing Poland in wartime were exceptionally moving. Later, Clare Mulley spoke about her new biography ‘The Spy who Loved‘: The Secrets and Lives of Christine Granville, Britain’s first female special agent of WWII. If only she was alive now. I felt I wanted to meet her outside the pages of Clare’s novel, so read Clare’s book to find a unique non-fiction story. Truth is indeed stranger than fiction. 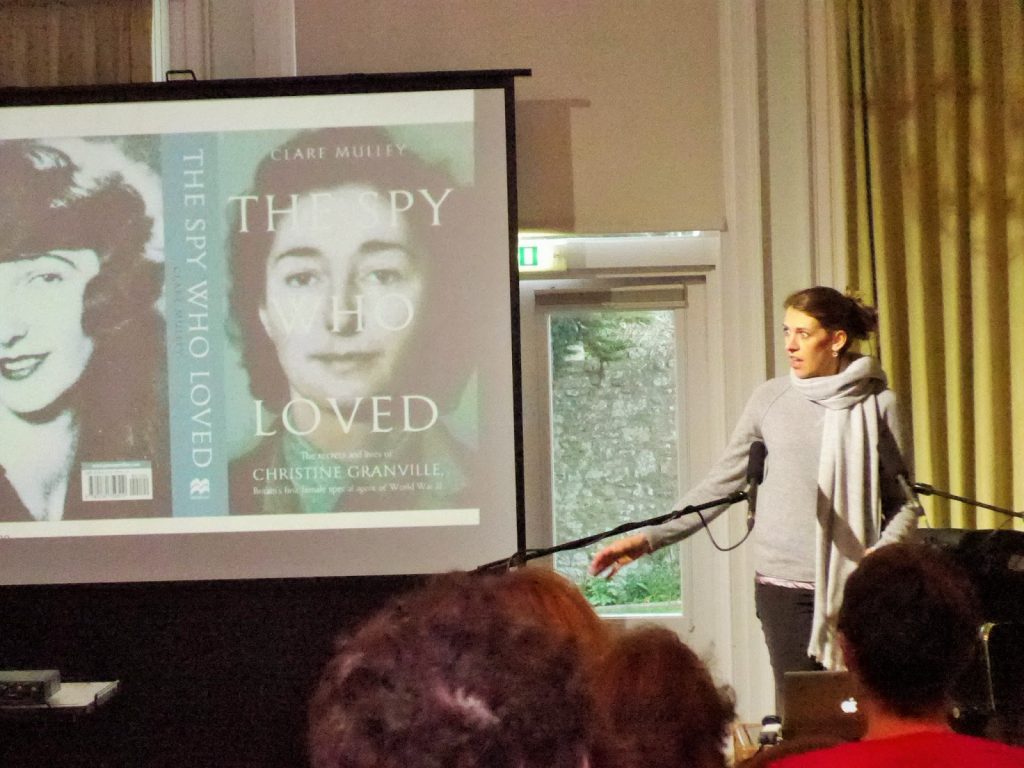 The Bayeux Tapestry was an important feature of the festival and I was privileged to speak with Dr Marc Morris , Dr Sue Johns and Kate Russell on a panel titled ‘The Bayeux Tapestry-Embroidering the Facts of History.’ I have written on several occasions about The Bayeux Tapestry on my blog and it is part of my inspiration for The Handfasted Wife. Its mysteries also enter the early pages of The Swan-Daughter.

We still cannot say conclusively where the Tapestry was first displayed. Was it embroidered for a secular hall or was it intended from the beginning for a Cathedral? If so was it commissioned by Bishop Odo for Bayeux or was it shown in several Cathedrals such as Canterbury or Lincoln? Lincoln mirrors Bayeux and was built at the same time, in the 1070s. Could the fables embroidered in the Tapestry’s margins be read as both pro-Norman and pro-English. We know that it was hauled out of storage yearly for The Feast of Relics during the High Middle Ages to be displayed in Bayeux Cathedral. If this is still a mystery, our panel did agree that Harold’s promise to recognize William as King, an oath made over caskets of relics, was central to the story the Tapestry depicts.

On Sunday I gave a very well received talk on Medieval Women, The Handfasted Wife and The Swan-Daughter. I did need my bottle of water! 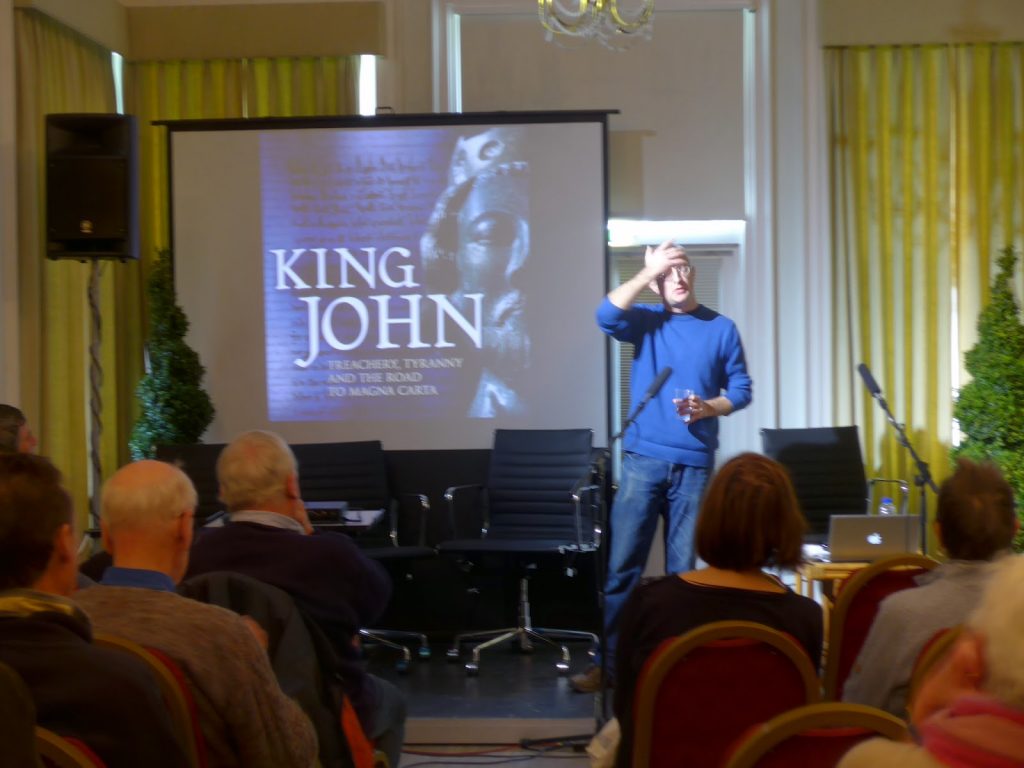 Dr Irving Finkel, curator at The British Museum, told his audience, in a very dramatic presentation, all about boats built in Mesopotamia and how his experimental boat building could be similar to that of Noah’s famous ark. He had ancient tablets which he translated to suggest it. This was a riveting talk and I could listen to it all over again! If you ever have the opportunity to hear him speak, do! He is fabulous. Historian Professor Thornton told us about the History of the Channel Islands. Simon Scarrow spoke on Waterloo. 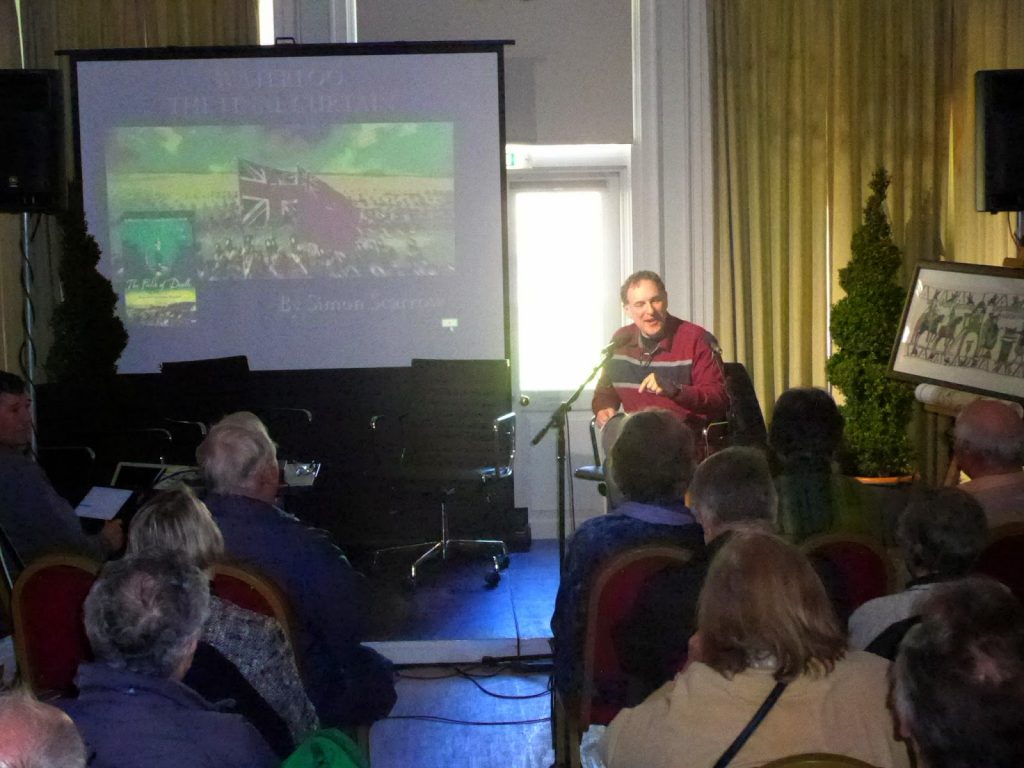 There were, needless to say, many extracurricular events, good company, delicious cuisine and lashings of delicious buttercup yellow Chanel Islands’ butter. We participated in a Roman themed dinner though I was generously permitted my medieval attire. 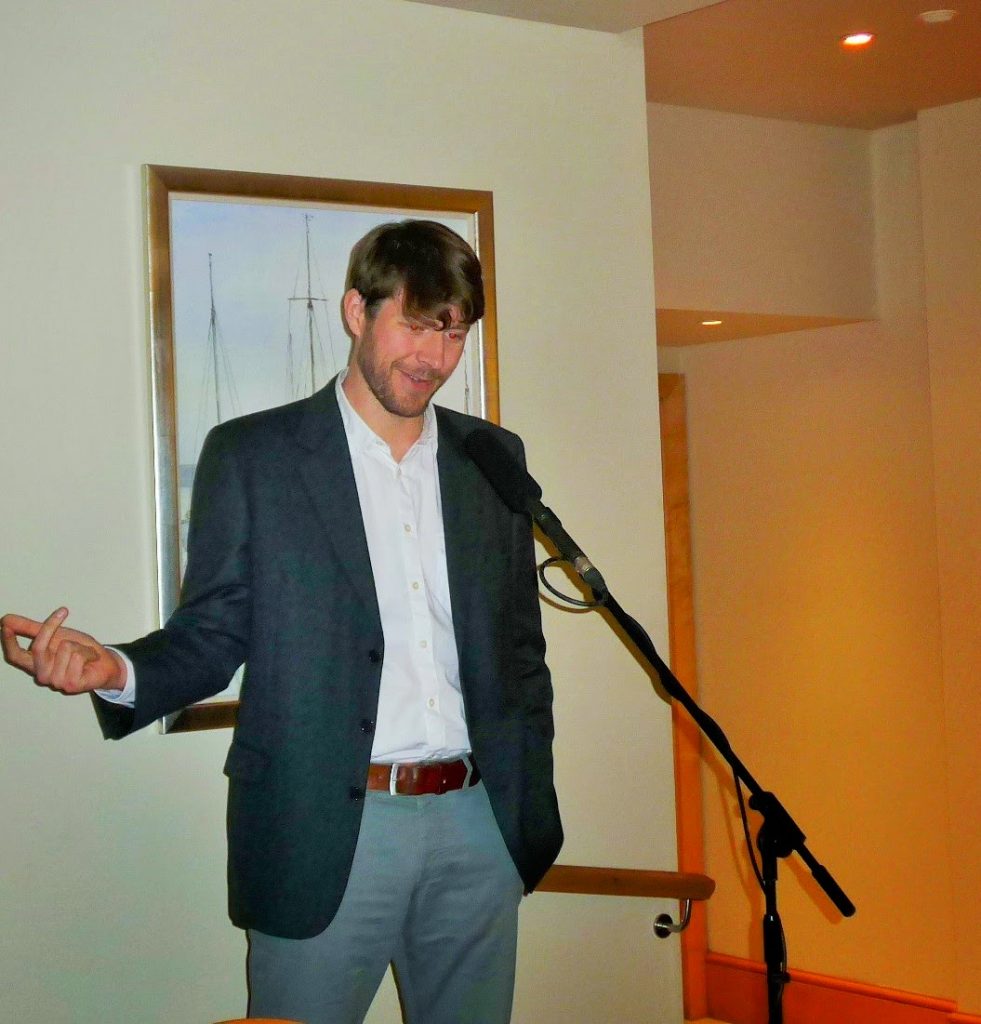 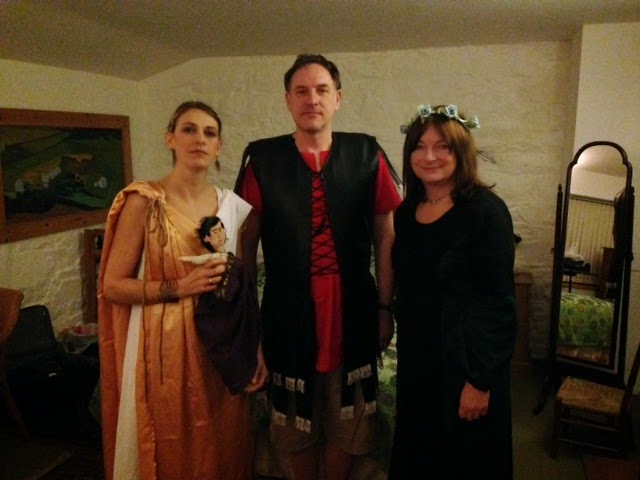 One of the really exciting events, however, was an unforgettable and spooky encounter with the ghosts of Fort Tourgis on Friday evening, a very cold evening. We shivered our way around presentations brought to us by The Alderney Theatre Group. Yes, torches and warm coats were essential for this wonderful series of vignettes. The next day I purchased a new extremely heavy sweater. 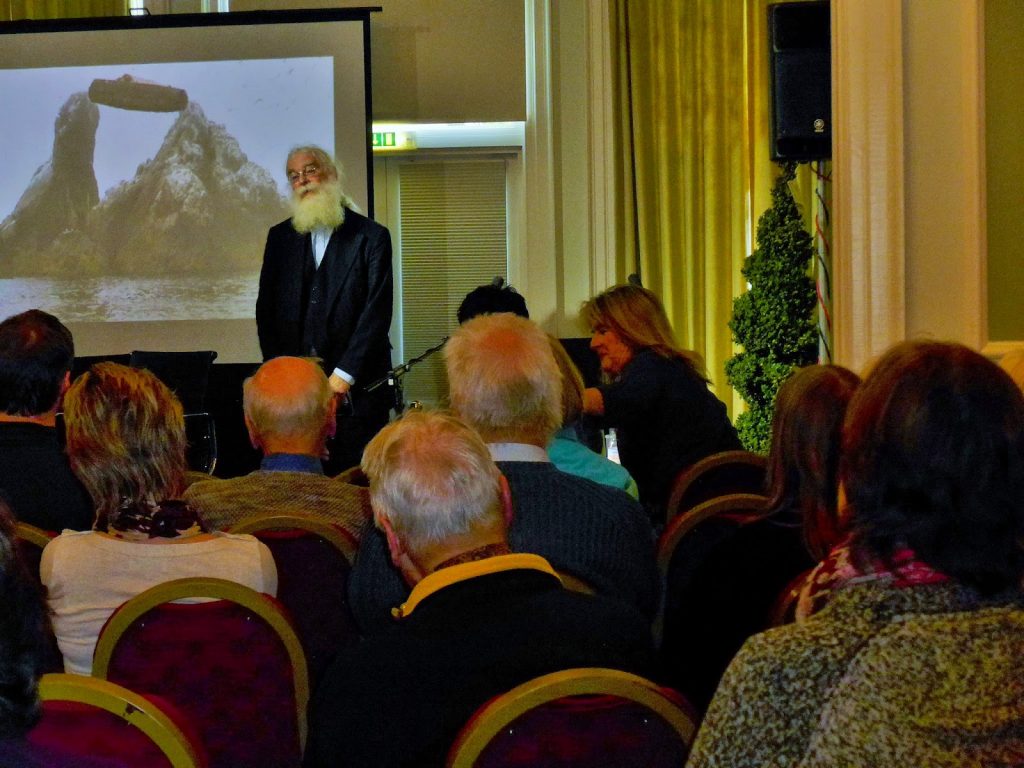 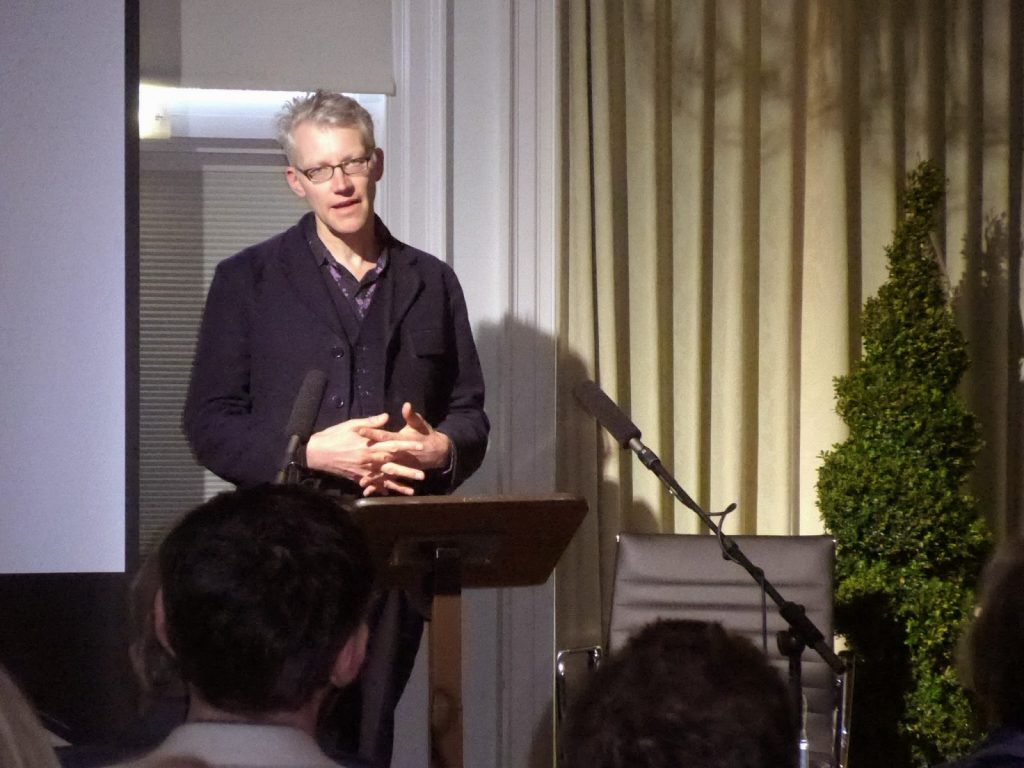 There simply is not enough room here to tell you everything about this Literary Festival. Pictures say more than a hundred words ever can. May I end this short report by saying that the hospitality, the organization, the cuisine, the talks were all marvelous and the audience the most erudite of audiences. The questions they posed were undoubtedly an important contribution to this festival’s amazing success. Thank you, unforgettable Alderney, for inviting me over. But, shush, because if the world of festivals finds out how wonderfully we impoverished writers were treated we may not get a place on a flight next year! 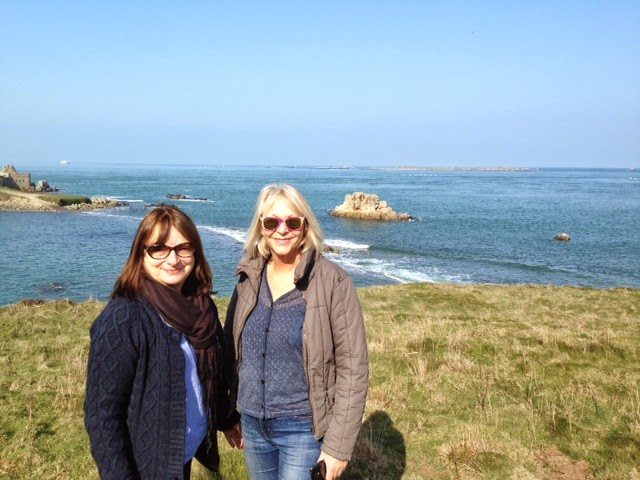 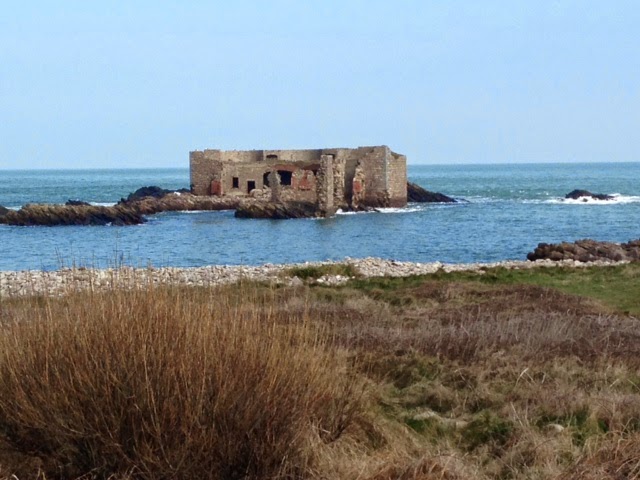 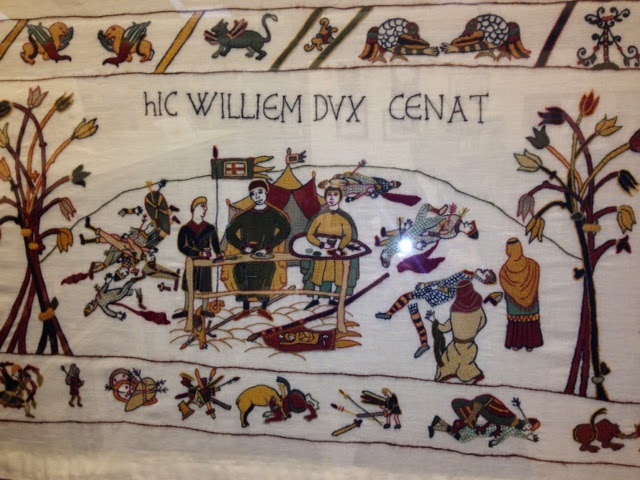