I am an obsessive reader. Here I choose four of the many historical novels I have enjoyed in each season of 2011. It was hard to select but these are particularly good historical fictions.

Last winter I particularly liked This January Tale written in 1966 by Bryher, an unusual writer who is often forgotten. It tells of how the people of England endured the aftermath of the Conquest in 1066. At its centre is the city of Exeter. For months the people of Exeter watched the progress of the Normans from a distance, hoping that they would not try to push so far west. This proved futile. The Conqueror came and besieged their city for three freezing, terrifying weeks. The magic of this novel is its re-creation of the England of 1066. Towns, fields, the primitive remote hamlets and great forests dominated the land, and Bryher’s bleak book is beautifully written from the point of view of those who inhabited them. It is a novel which has had a particular influence on my current WIP, The Handfasted Wife. 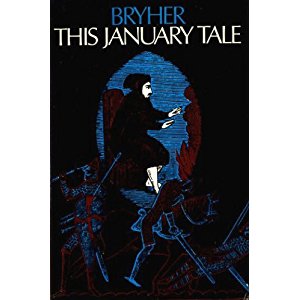 Last Spring I read The Queen of Silks by Vanora Bennett. The Queen of Silks tells the story of a fictional relationship between Richard 111 and a silk merchant’s daughter. It is notable for the careful way in which Bennett interweaves real historical characters and fictional ones. The characterisation is excellent and she brilliantly re-creates the final years of the English Wars of the Roses, those years leading up to 1484 and the Tudor take-over. Importantly, she faithfully describes London during this period- particularly from the perspective of the silk merchants, some of whom were women.

For summer my suggestion is Outlaw by Angus Donald. This is a story of Robin Hood from Alan Dale’s point of view. It is really Alan’s story and an absolute page turner. Where else to be in summer but the medieval English green-wood with its caves, isolated manors and huge spreading oaks. I am impressed by Donald’s plotting and also by the way in which he takes a legendary English hero ( made famous during the Victorian era after his appearance in Sir Walter Scott’s Ivanhoe) and reinvents him as a ruthless but likeable war lord. Donald also faithfully recreates the atmosphere of the twelfth century. It was a period when many believed in the fantastic, dog men and mermaids and monopods, as well as being devout Christians. 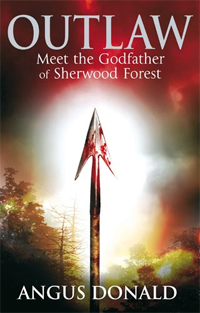 Lady of the English by Elizabeth Chadwick is an exceptional historical fiction. I read it in October and loved it. It tells the story of England’s terrible twelfth century civil war emerging out of the power struggle between Matilda and her cousin Stephen. Can a woman be Queen in her own right in this period and remain unchallenged? Matilda’s attempts to be Queen of England involve pursuit, escape, battles and high politics and perhaps a hint of romance along the way. Henry 1’s second wife, (and Matilda’s stepmother) Adeliza’s story, parellels and intersects with that of Matilda. Both stories are rivetting and the contrasting personalities are engaging. I loved the way in which Chadwick’s meticulous research is seemlessly integated into the novel’s narrative and descriptions.

Happy Christmas and Happy Reading and, of course, there are many more superb historical fictions not mentioned here for us to read over the holiday period.