As Christmas approaches it is time to review four of my favourite historical novels of this year. I have chosen four that are set in the seventeenth century and each of these absorbed me during 2012. Again, I have selected one for each season.

The Bleeding Land by Giles Kristian 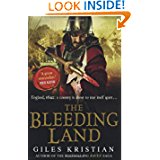 I have just finished reading The Bleeding Land by Giles Kristian. This fabulous un-put-downable historical fiction tells the story of three siblings from the Lancashire gentry and their fate during the first years of the English Civil War. Giles Kristian is writing a trilogy so the Bleeding Land ends shortly after the battle of Edge hill in 1642, instilling in a reader a longing for the next book.

When civil war breaks out between the king and his angry Parliament two brothers from a royalist family fight on opposing sides. Mun, his royalist father and their friend Emmanuel fight for King Charles whilst Tom, though not exactly Parliamentarian and a religious cynic, fights for the rebels.

A horrific event in the opening chapters of the novel sets Tom’s personal motivation in progress. On an historical level the actual incident illustrates mob mentality and how this was, and still is, manipulated by those with power. A key personal factor driving Tom’s story is revenge. The characters in the book are superbly realised and we see political and domestic events through each of their experiences. Whilst Mun and Tom are fighting Bess, their pregnant sister and their mother defend their estate as it is besieged by Parliamentary troops who aim to requisition it.

The Bleeding Land is a superb action story told through beautiful and clear writing. It is a thrilling narrative with excellent plotting and, importantly, the characterisation cannot be bettered. The interaction between the characters and how their actions impact on each other and the story is what makes this book stand out. It is impossible not to feel engaged with each of the protagonists. Accurately researched history is embedded in the story’s narrative and revealed through their narratives and through scene setting which is extraordinarily atmospheric. Every location from London with its busy and gruesome head studded London Bridge, the claustrophobic nastiness of the lanes around Southwark, the countryside with its threatened villages, the frozen wintry woods and the hills of Lanchasire and Warickshire are all settings that reflect the sorrow of this war. Like the people who inhabit this story they are troubled places. The English Civil War is not much written about, at least, not well. This novel is without doubt one of the best I have ever read set in the period. And it has integrity. So, move over, Bernard Cornwall. Giles Kristian is more than your match as a writer of brilliant adventure historical fiction.

The Rider of the White Horse by Rosemary Sutcliff 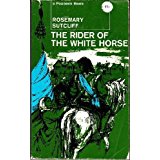 The Rider of the White Horse is an old classic which I first read as a teenager. Because I thought I might write about the period, after writing Hastings from a woman’s viewpoint, I picked it up from Amazon marketplace in the spring. This novel, written in 1959, is the story of Sir Thomas Fairfax’s marriage and the narrative of the English Civil War told from his point of view and also that of his courageous wife Anne. Anne followed her husband’s army for three years just so that she could be there for him. Again the landscape is beautifully depicted and the torn threatened villages are places that once tranquil become part of the war’s theatre. Again, I was drawn to the characters and into an alien world where I could still recognise human emotions of love, anger, revenge and loyalty to mention but a few that permeate fabulous historical fiction. Again, I felt immersed in the little details of that foreign era.

The Apothecary’s Daughter by Charlotte Betts 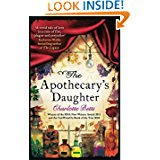 During the summer I had to revisit The Apothecary’s Daughter by Charlotte Betts as I was submitting my MPhil thesis in the Autumn. I had chosen this novel as an example (in one of my chapters) concerning how romance tempers realism in historical fiction. The Apothecary’s Daughter is set in the 1660s during the plague of 1665 and the fire of 1666. Susannah, an apothecary’s daughter, has unusually for the times, the freedom to pursue her talents as her father’s apprentice. But, she cannot establish herself as an independent apothecary. After her father remarries she accepts a proposal of marriage from a handsome scoundrel interested in her dowry. And so a story is set in motion with a Cinderella type heroine who after thrilling events does find love and independence. Bett’s detailed depiction of the period and her psychologically developed characters allow her to write about seventeenth century London with realism. She thus recreates the illusion of an alien historical world along realist principles and successfully locates our interest in Susannah’s fate within this world. Betts filters the shocking abnormality of the effects of the plague on the inhabitants of the city through a selection of interesting, very human and engaging characters. She uses authentic detail to draw us into her historical world. The novel has a strong emotional pulse and I found it a page turner. 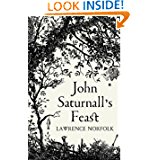 The story of John Saturnall, opens in 1625 with echoes of witchcraft and mob violence. As John and his mother flee their village to live hidden in ancient woods in a remote corner of England John Saturnall learns the recipes of a secret timeless feast. After his mother dies John, now an orphan, is taken to Buckland Manor, the ancestral seat of Sir William Fremantle. There, he is put to work in its subterranean kitchens. There, life is ruled by a fierce master cook who is impressed by John’s gift of smell, his mysterious heritage and his talent for cooking. So, of course, John moves from the lowliest job scrubbing dishes to cooking fabulous menus for the great house. He soon meets Sir William’s daughter,Lucretia, a girl who is imaginative and headstrong. She insists on fasting. John’s personal destiny is set in motion as it becomes entangled with persuading Lucy to eat, falling in love and the looming English Civil War. On the eve of the war, a marriage is made for Lucretia and the story takes further twists and turns. Then, as the dark winters of the war grip hold and the mansion is threatened by puritan militia, the story teases the reader into wondering where, when and how this skating rink of a narrative will come to rest.

The characters who inhabit Norfolk’s story are absolutely engaging, original, quirky as people can be, multilayered, and who always possess, to lesser or greater degrees, universal human traits of ambition, jealousy, a sense of duty, honour and the need to love and be loved. At times I felt I had entered a new Gormenghast. Yet, this novel is no fantasy. Rather, it is rooted in folk traditions that penetrated the seventeenth century consciousness. Importantly, too, for the lover of the historical novel, it is firmly set, with realism, against a fascinating history, the course of the English Civil War, its aftermath and how it impacted on the lives of a small gallery of real and imagined characters. Norfolk’s characterisation is totally faithful to history and the story itself is written with fabulous imagination, a perfect combination. I found the point of view of a chef a brilliant perspective on these great events and at all times felt myself present at the Battle of Naseby or in the woods or at the manor as Saturnall cooked up rabbits and woodland foraging for the vanquished cavalier leaders. The civil war was notable for inhabitants of a manor or village following the local magnate’s sympathies without question. That was where their loyalty lay. But this novel is also a love story and an extremely unpredictable one too and it concludes long after the civil war is ended.

So what historical novels are you reading? I would love to know so that I can read them too?

The Handfasted Wife by Carol McGrath (a novel about Edith Swanneck, Harold’s handfasted or common-law wife) will be published by Accent Press in 2013.