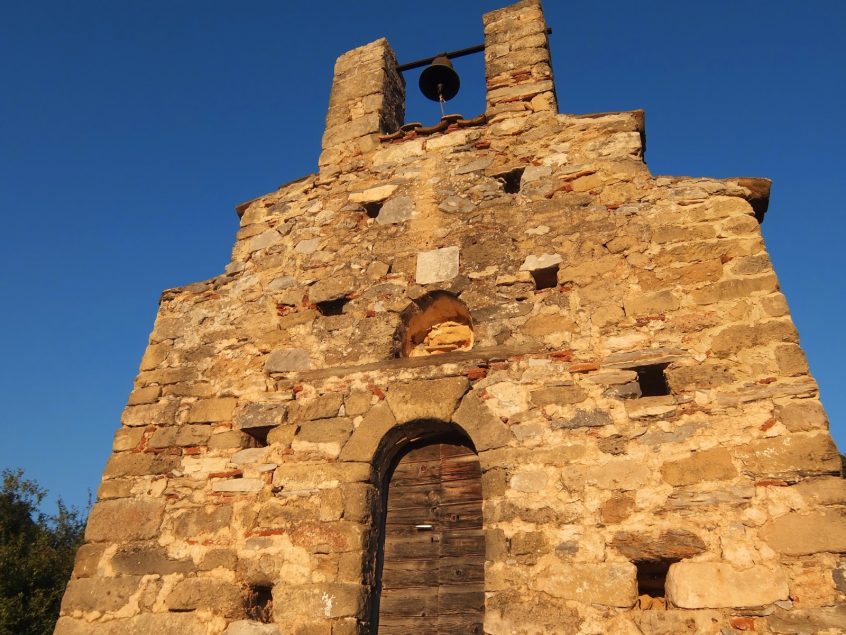 Many of the Byzantine churches in the Greek Mani were built during the tenth, eleventh and twelfth centuries. Over the past two years I have visited so many of these in villages in the Taygetos Mountains that I cannot even remember all their names. However, the icons and frescoes they contain are fascinating and tell familiar stories. It interests me to think that people who lived during these centuries gazed on these with awe and through them learned the stories of the Old and New Testaments.

Bruce Chatwin, the writer who fell in love with the Mani and also who converted to the Greek Orthodox religion before he died of aids in 1989, must have felt likewise. I write about Bruce Chatwin here http://scribbling-inthemargins.blogspot.gr/2013/06/the-greek-mani-writers-hideaway.html

Recently, my husband made a short video about the church in the Greek Mani where Bruce Chatwin requested his ashes to be placed after his death. The Church of St Nicholas at Chora has a special sense of place, a perfect location for a Greek Othodox Church. It was built in the tenth century. Unfortunately, as it was locked on the day we made the video, we could not see the frescoes. Yet, walking around it on a sunny evening, just before sunset, is enough to convince me that a sense of timelessness exists here amongst olive trees and above the Viros Gorge. I cannot think of a better place for one’s last journey. 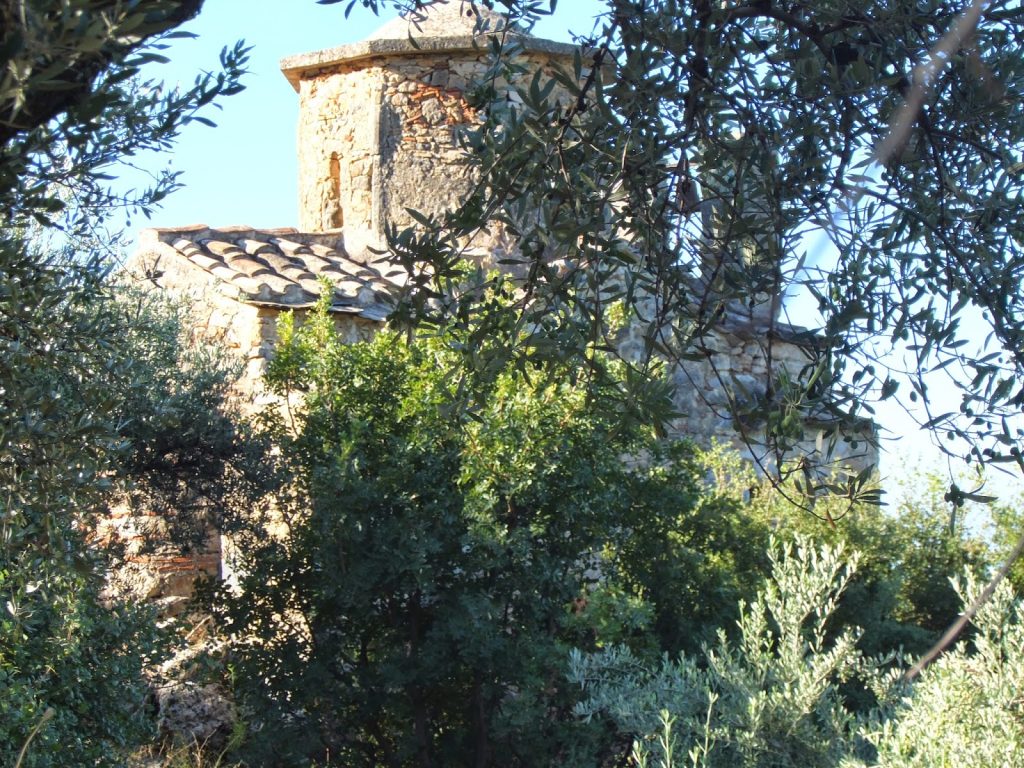 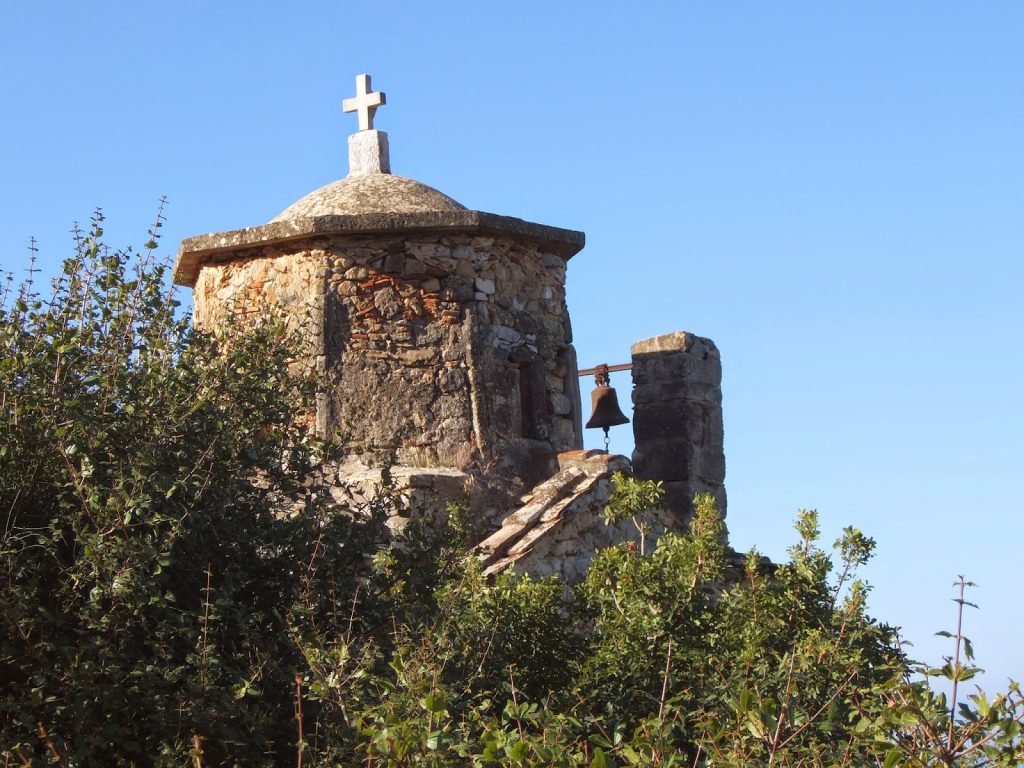 The photographs above were taken last week at St Nicholas at Chora. Whilst it was impossible to view frescoes inside St Nicholas, another local church which is easily found as you walk from Chora to the main road, is usually open. The frescoes in this Orthodox Church date from a later century.

The best frescoes I have seen in village chuches in the Taygetis Mountains are to be discovered in the medieval churches of the village of Kastania. This beautiful hill village can be found by carrying on past Chora around the mountain route via Sidonia. 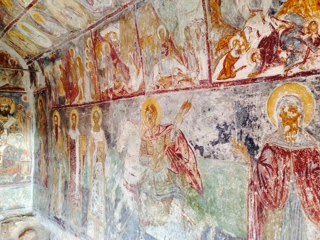 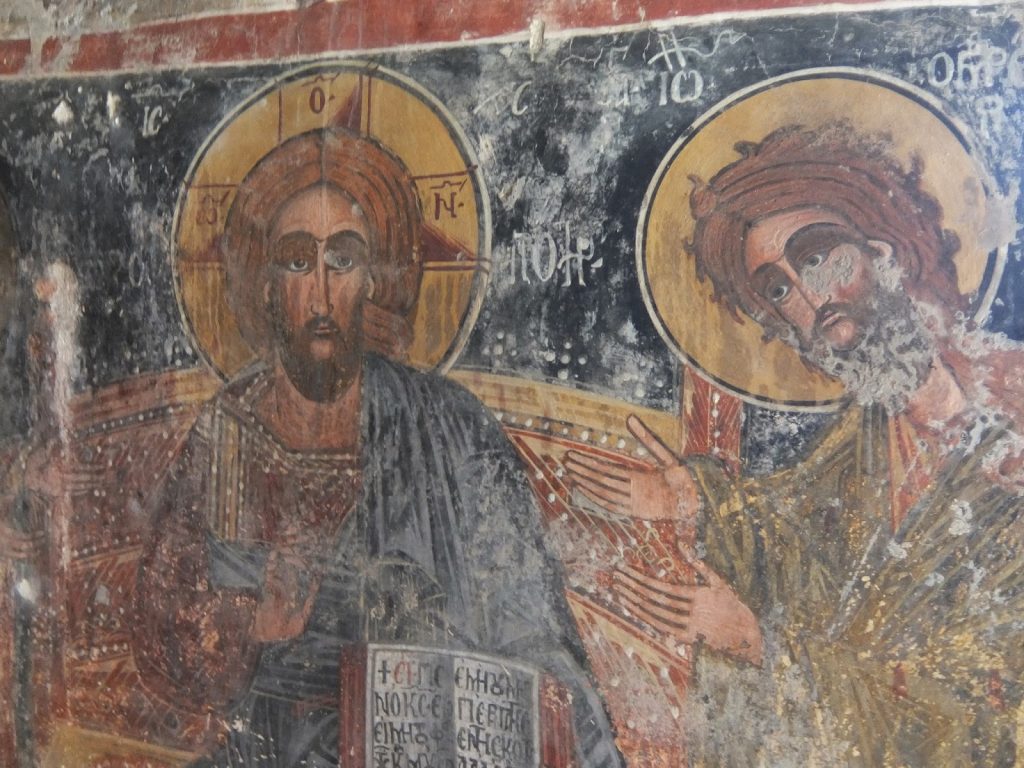 Carol McGrath is the author of The Handfasted Wife and the recently published historical novel The Swan-Daughter , published by Accent Press in July 2014, initially on amazon kindle but on general distribution on December 11th 2014. This is a novel about the aftermath of 1066 from the point of view of Gunnhild Godwinsdatter, King Harold’s younger daughter. It is based on a documented historical story.