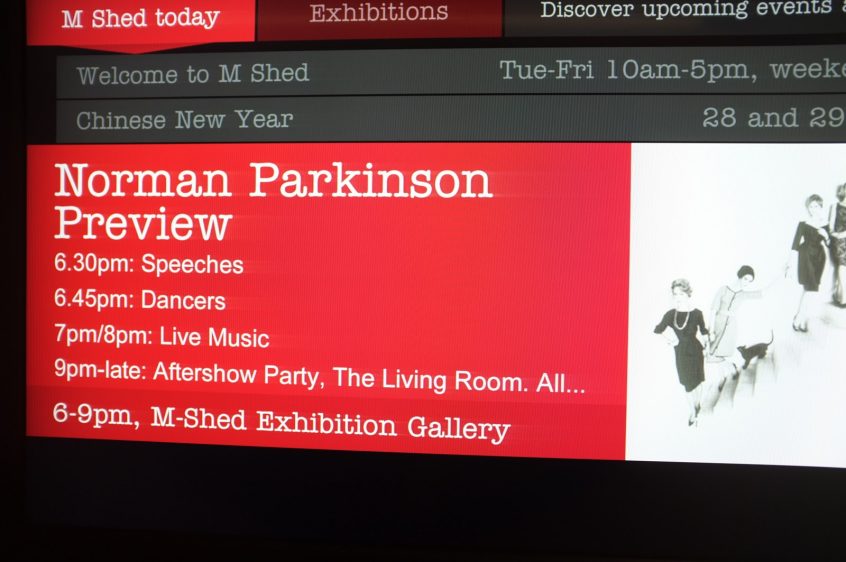 Last weekend I took a stroll into the past. I was delighted to receive an invitation from our friend Angela Williams to attend the launch of an exhibition of original vintage prints by fashion photography Norman Parkinson. Angela was Parkinson’s assistant during the early sixties. When he left his Twickenham studio she asked if she could have his surplus vintage silver prints. And so, decades later, thanks to Angela’s efforts to save and preserve them, we were standing looking at an exhibition of wonderful photographs exquisitely displayed at the M Shed in Bristol’s redeveloped dockland. The exhibition runs until 15th April and is worth a visit especially if you are writing in the period, if you are interested in the history of fashion or you simply enjoy lovely photographs well displayed. After April the photographs will travel to the U.S. 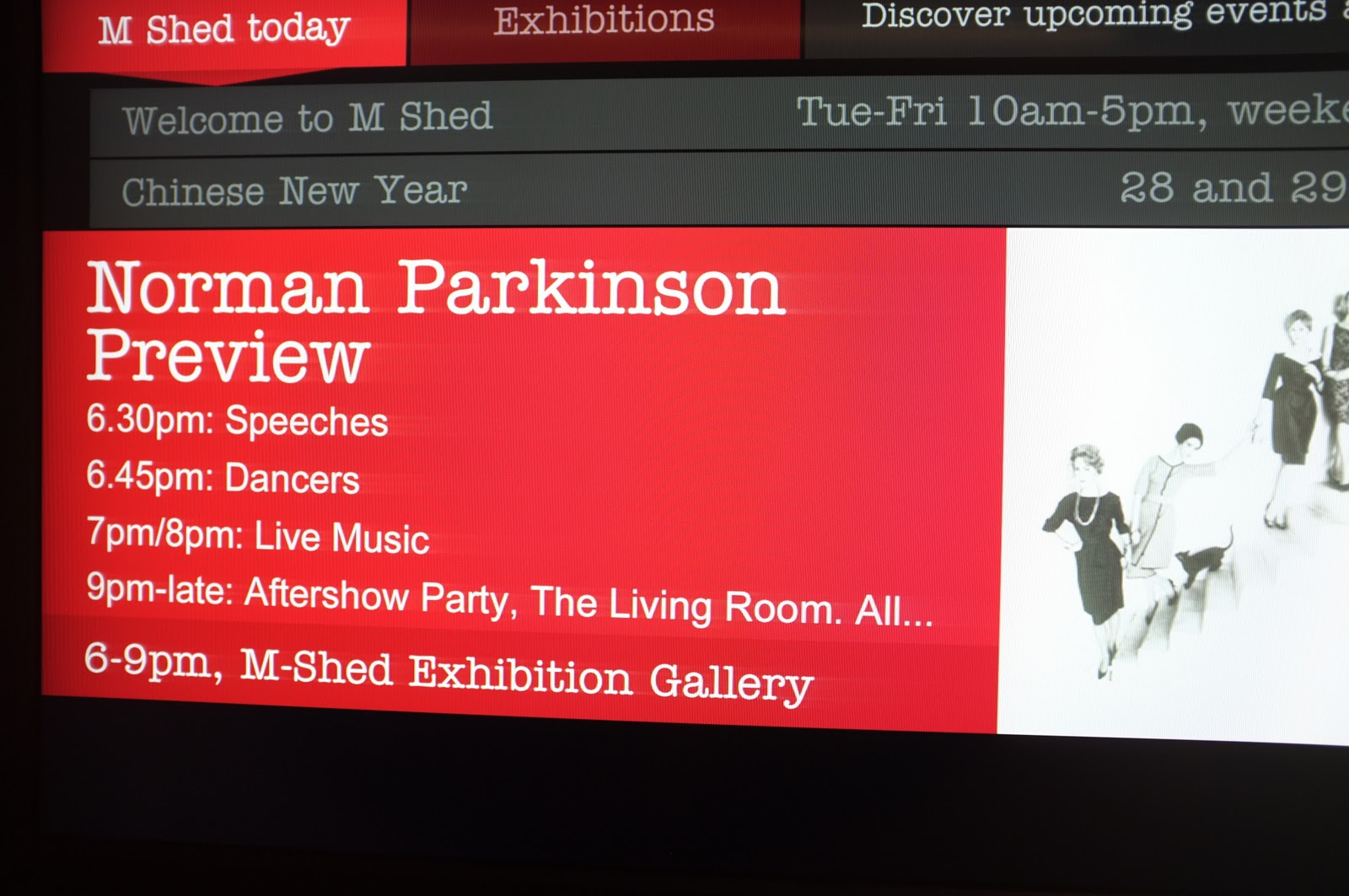 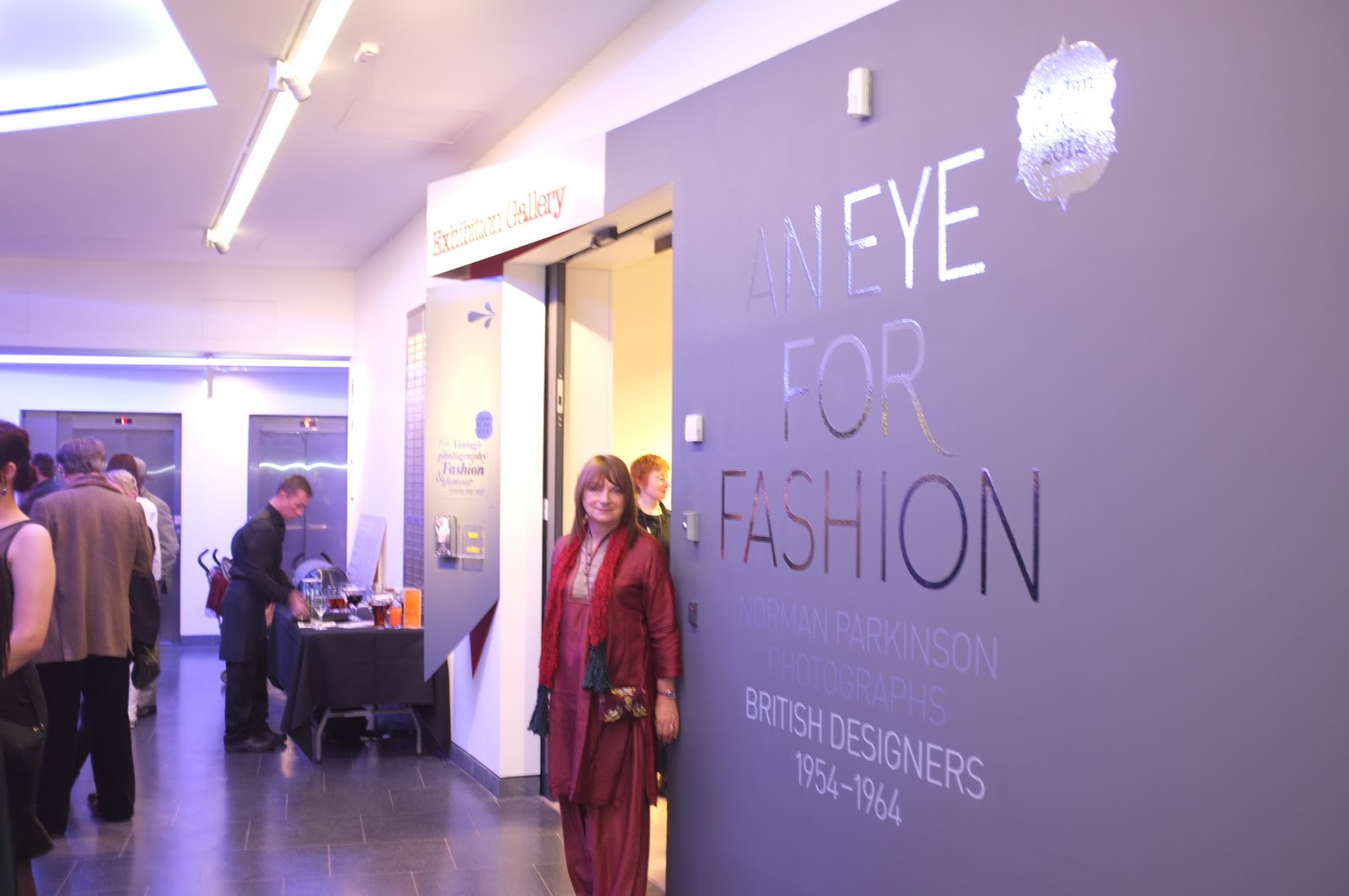 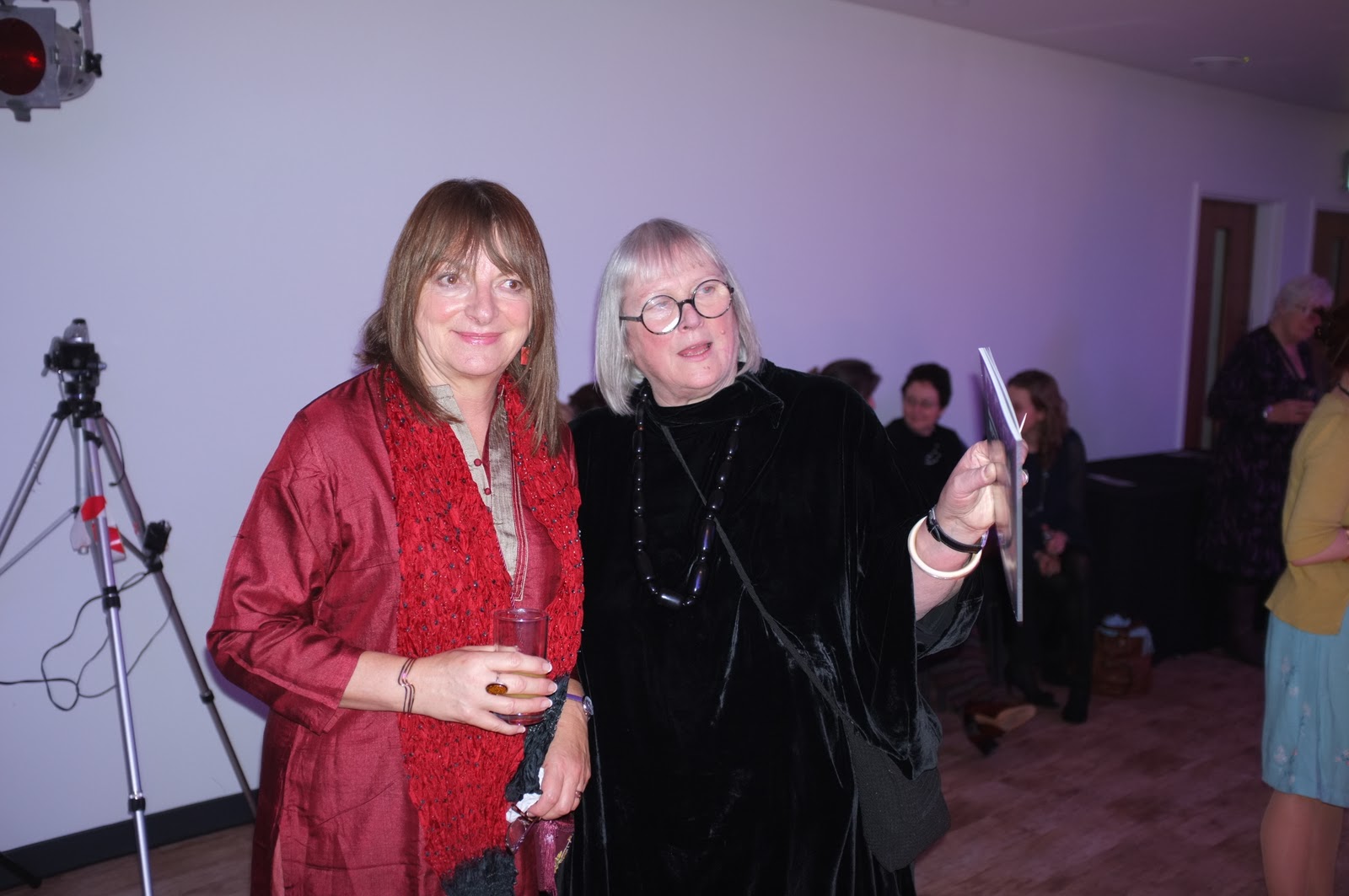 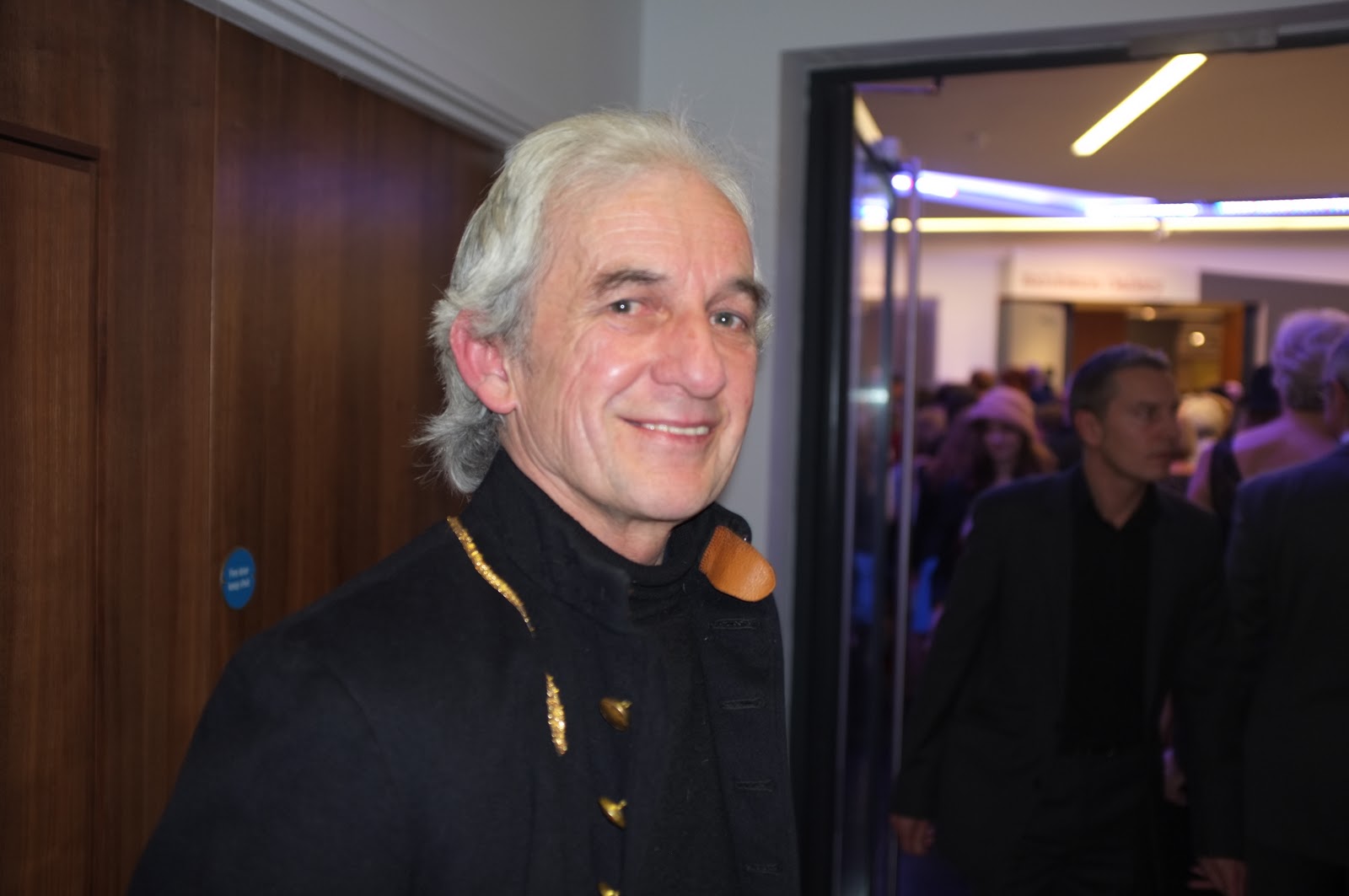 Models (mannequins) wearing clothes from the period set off the photographs. Period wallpapers are tastefully chosen as a background for the models. 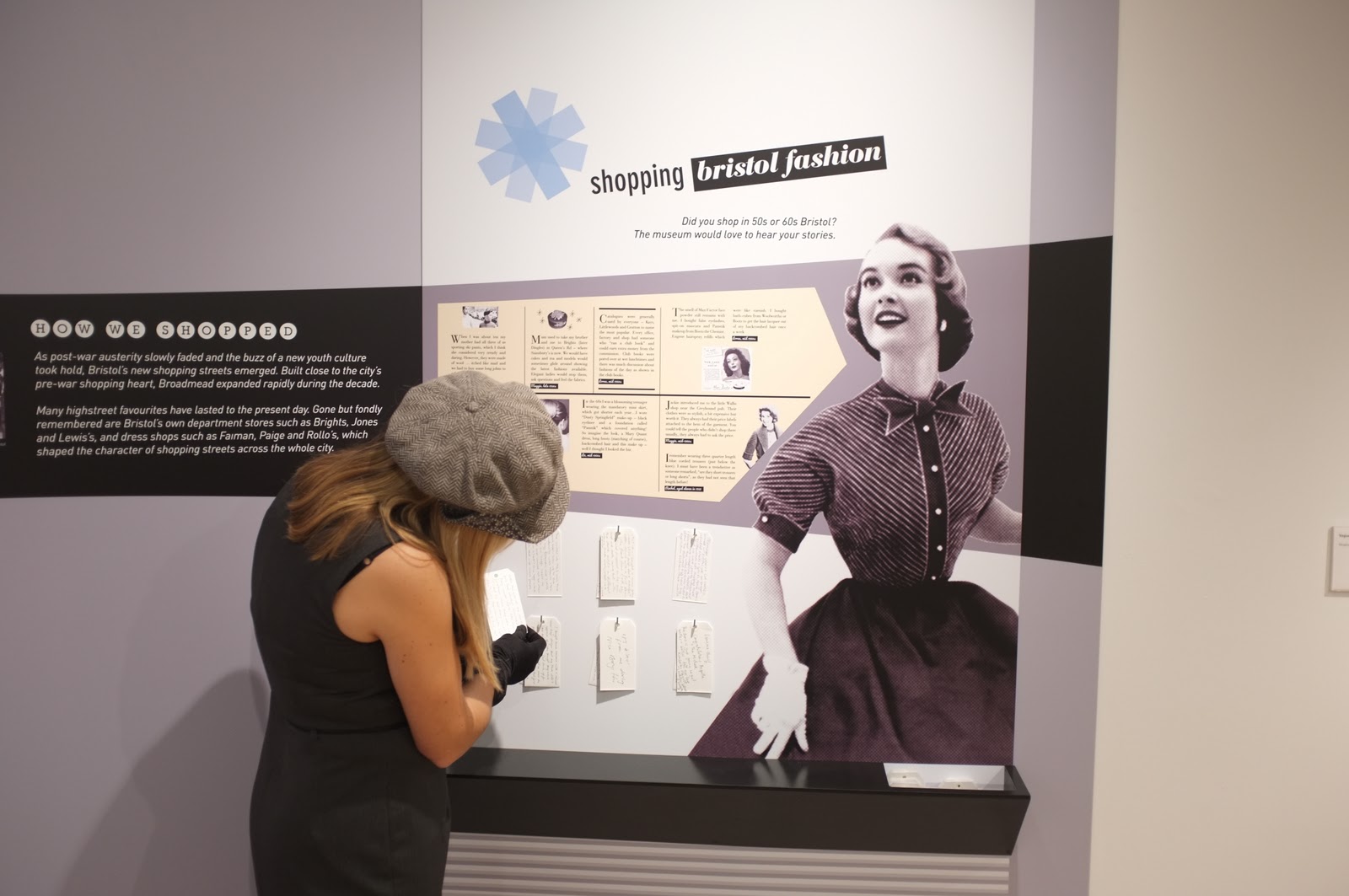 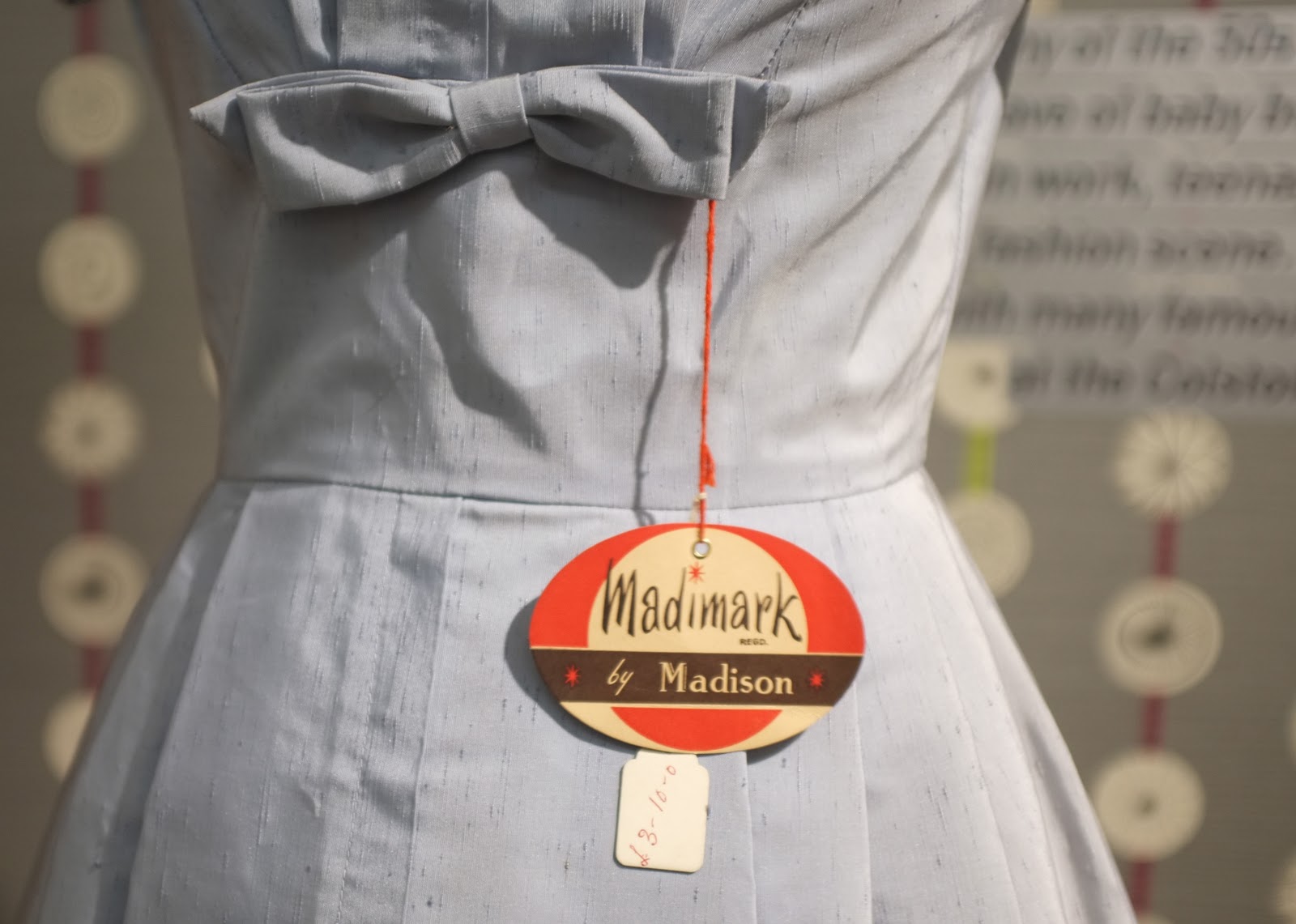 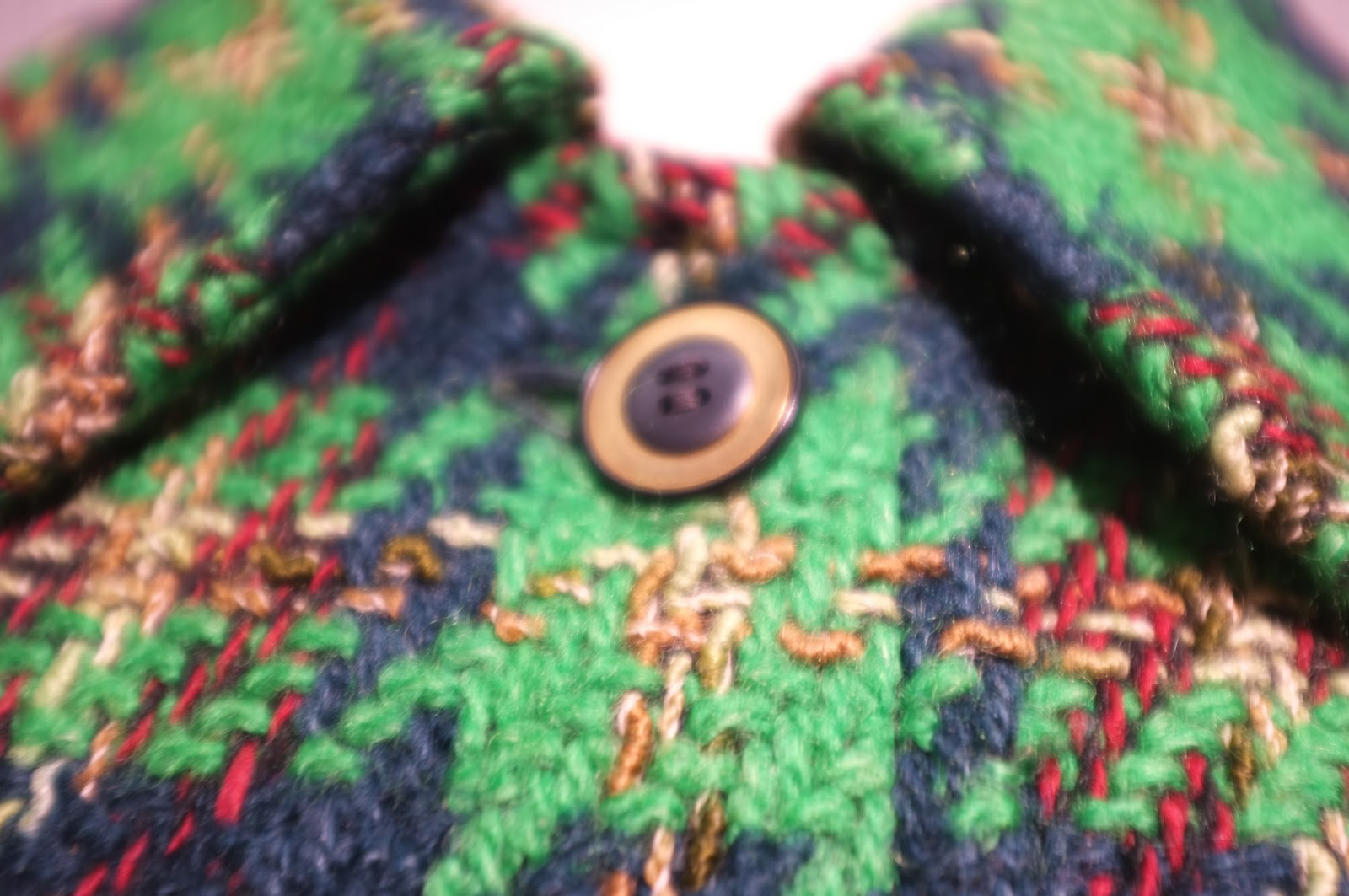 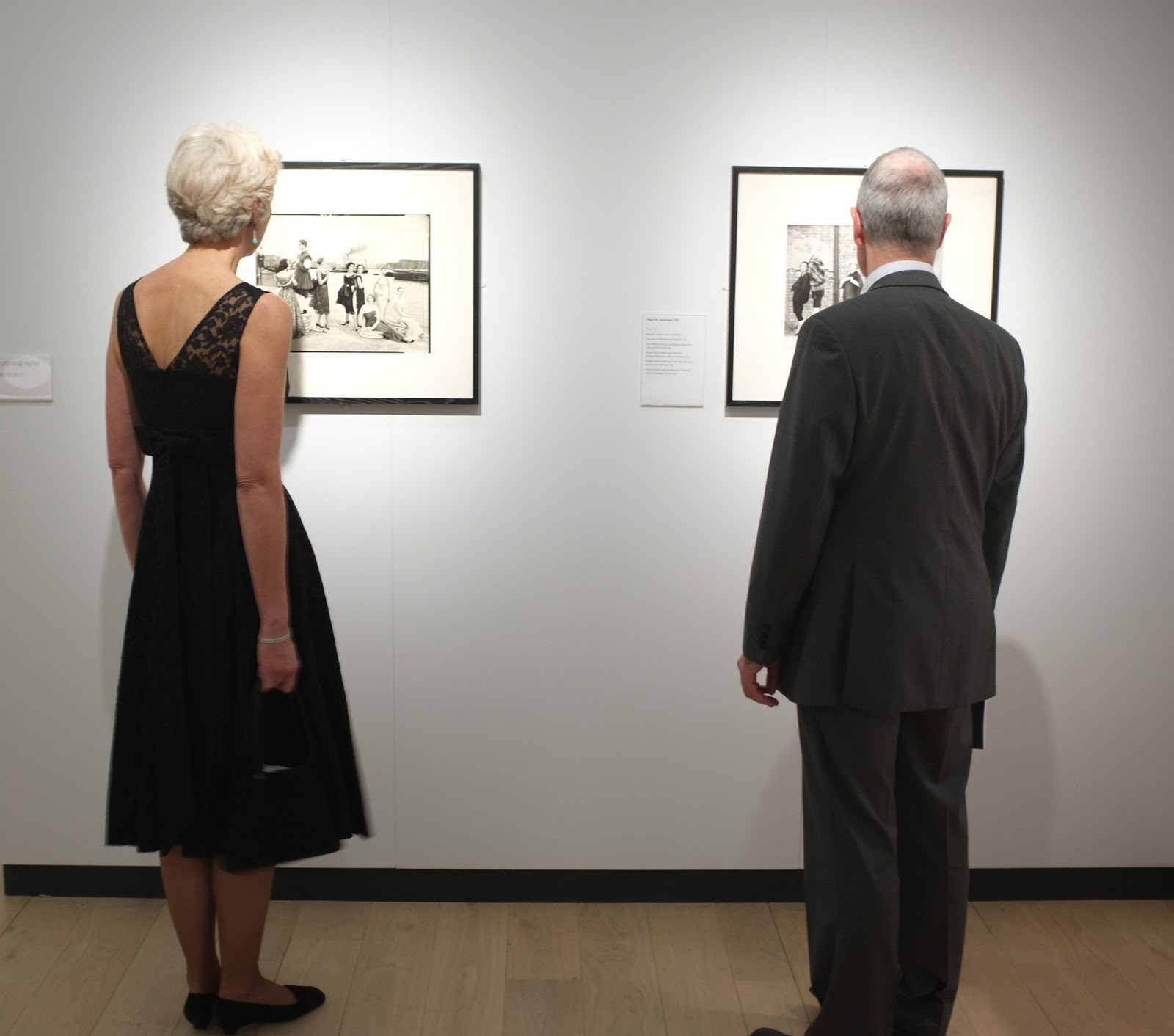 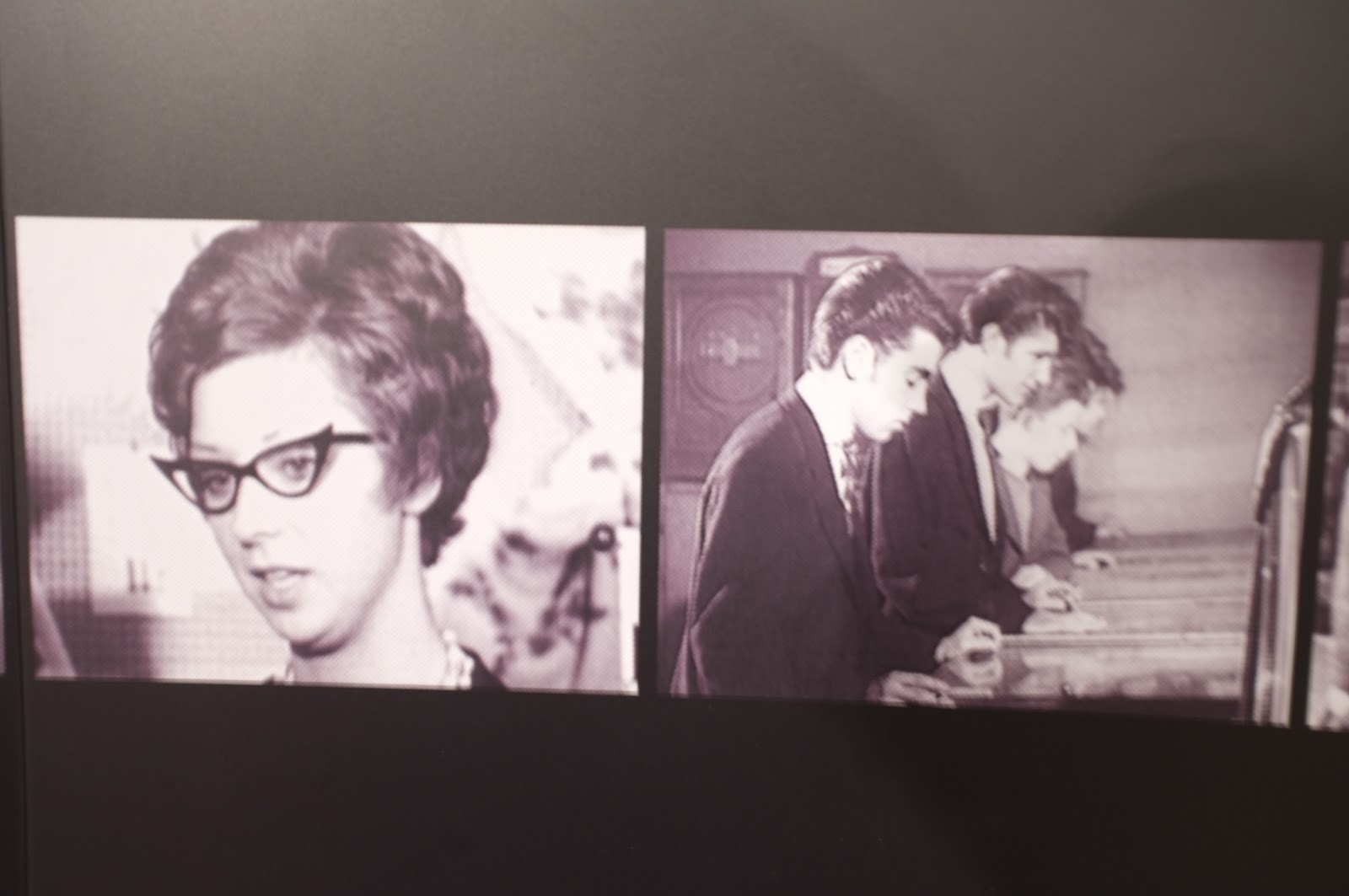 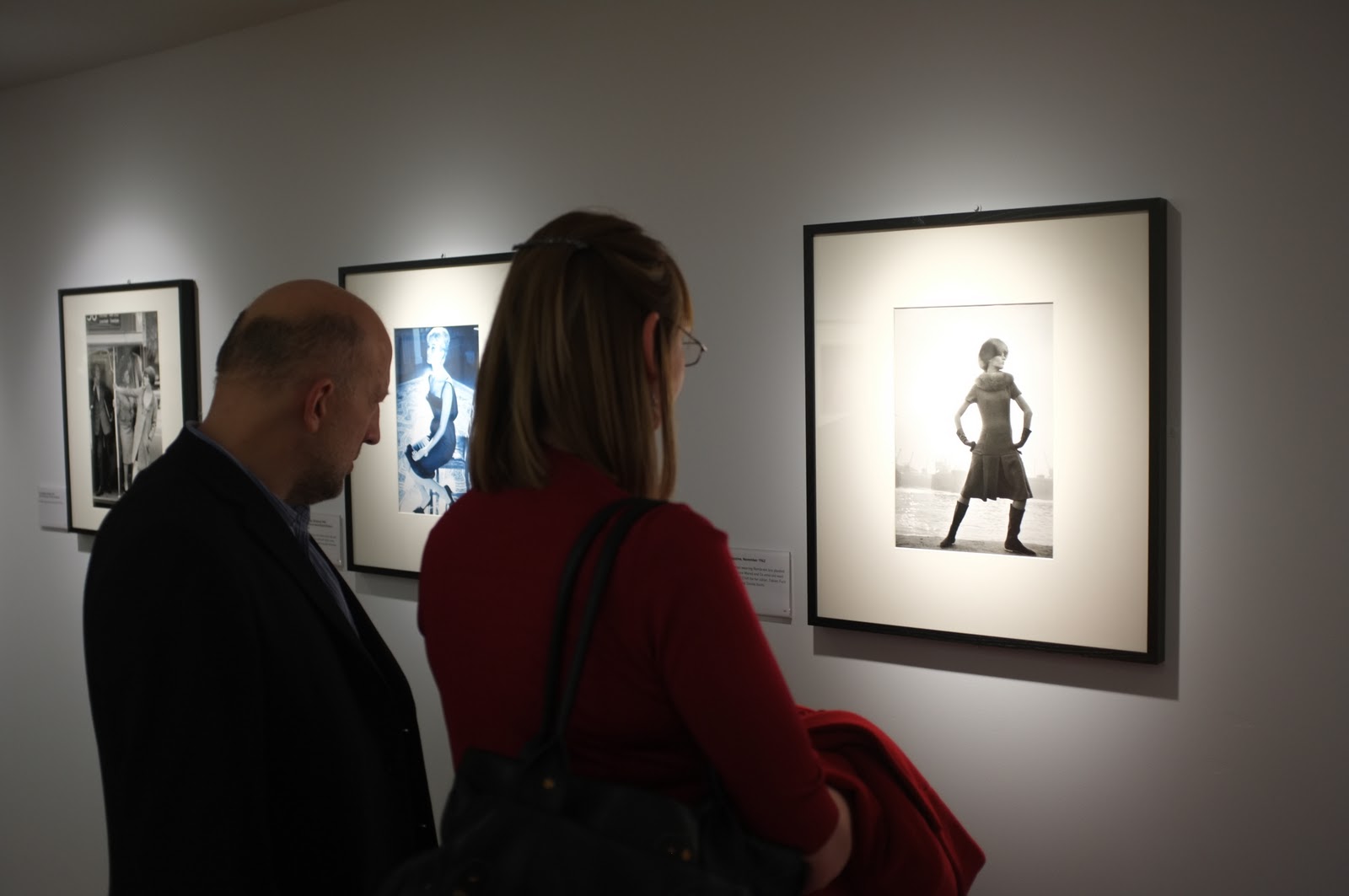 Angela and her partner hosted the opening and it was busy. The guests were almost, but not quite, as superbly dressed as the models in the photographs. How could they compete? None the less, the guests all looked beautiful having made a salute to the era with their own dress style and with their own individual accents. Dancers and singers were hired for the occasion. Canapes and cocktails were served in the rooms adjacent to the gallery there was a continuous buzz of enthusiastic conversation. 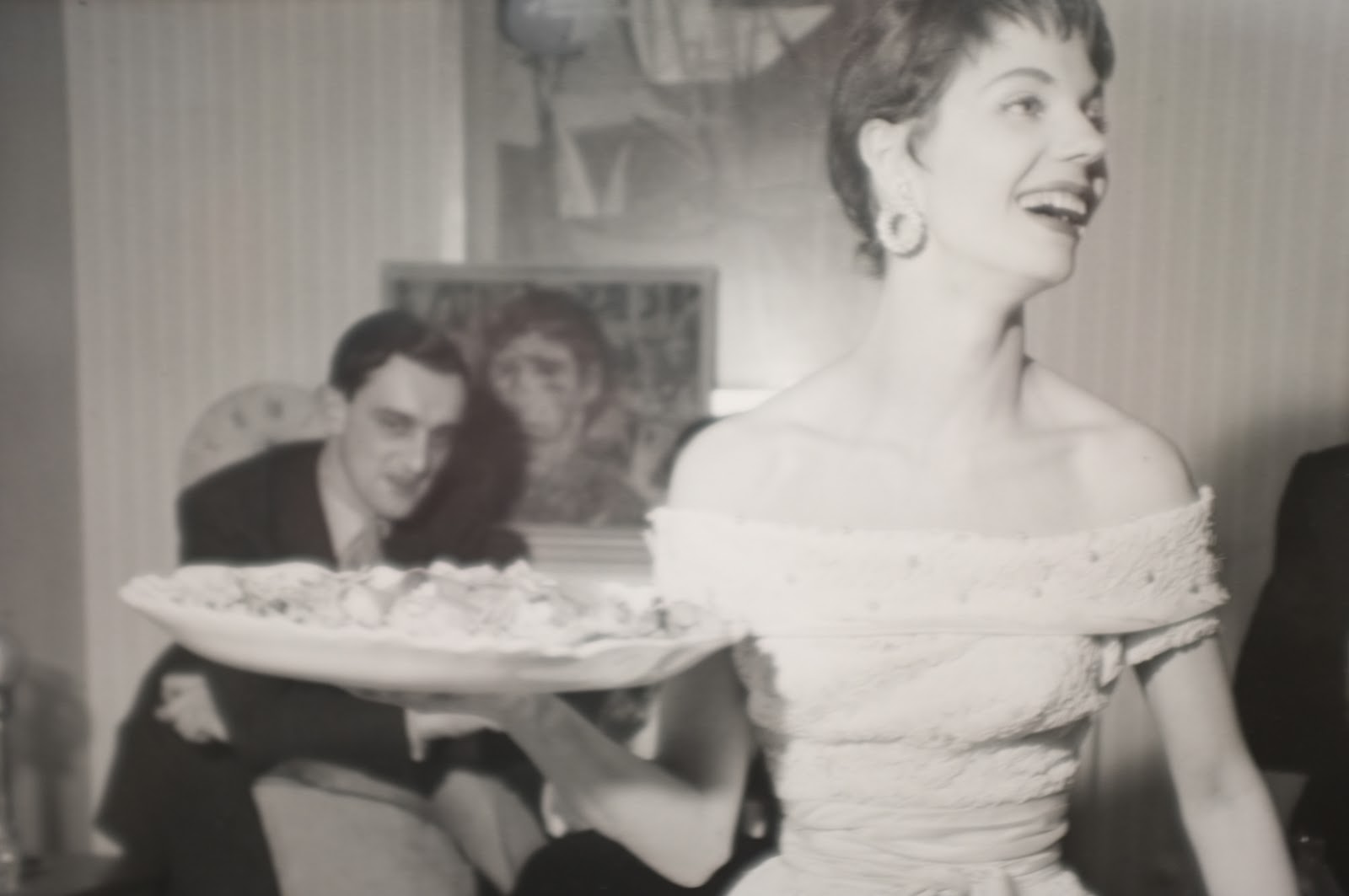 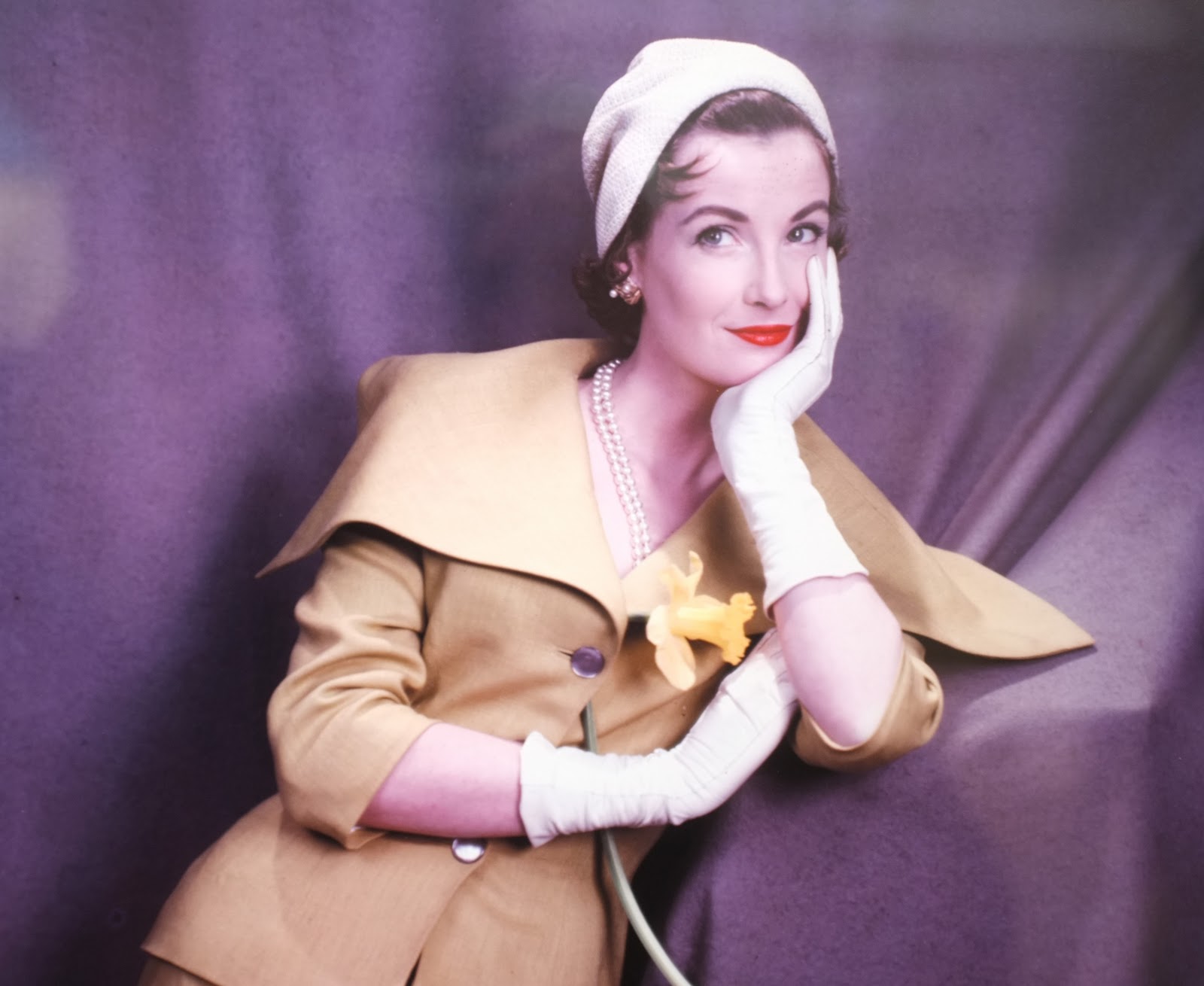 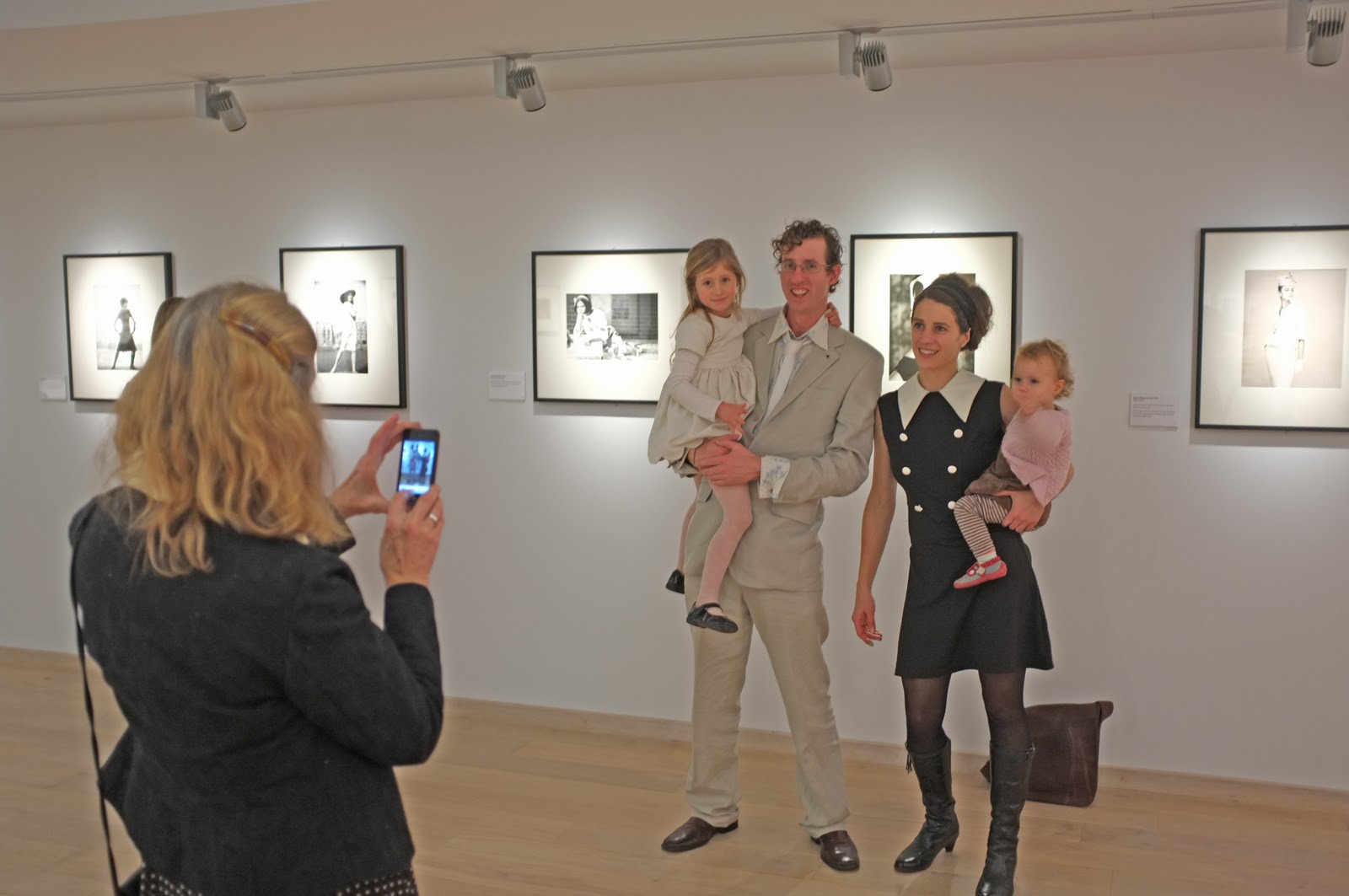 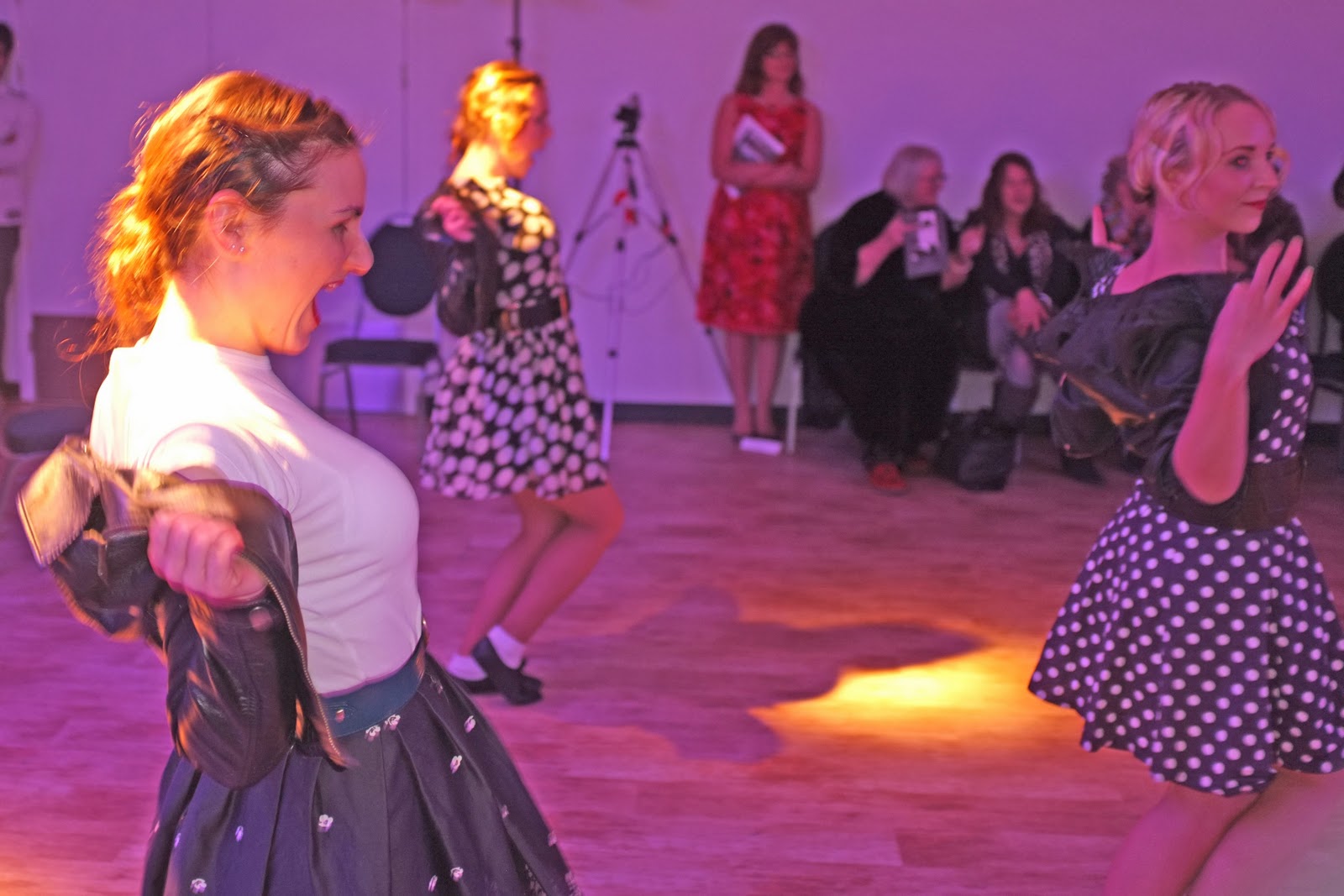 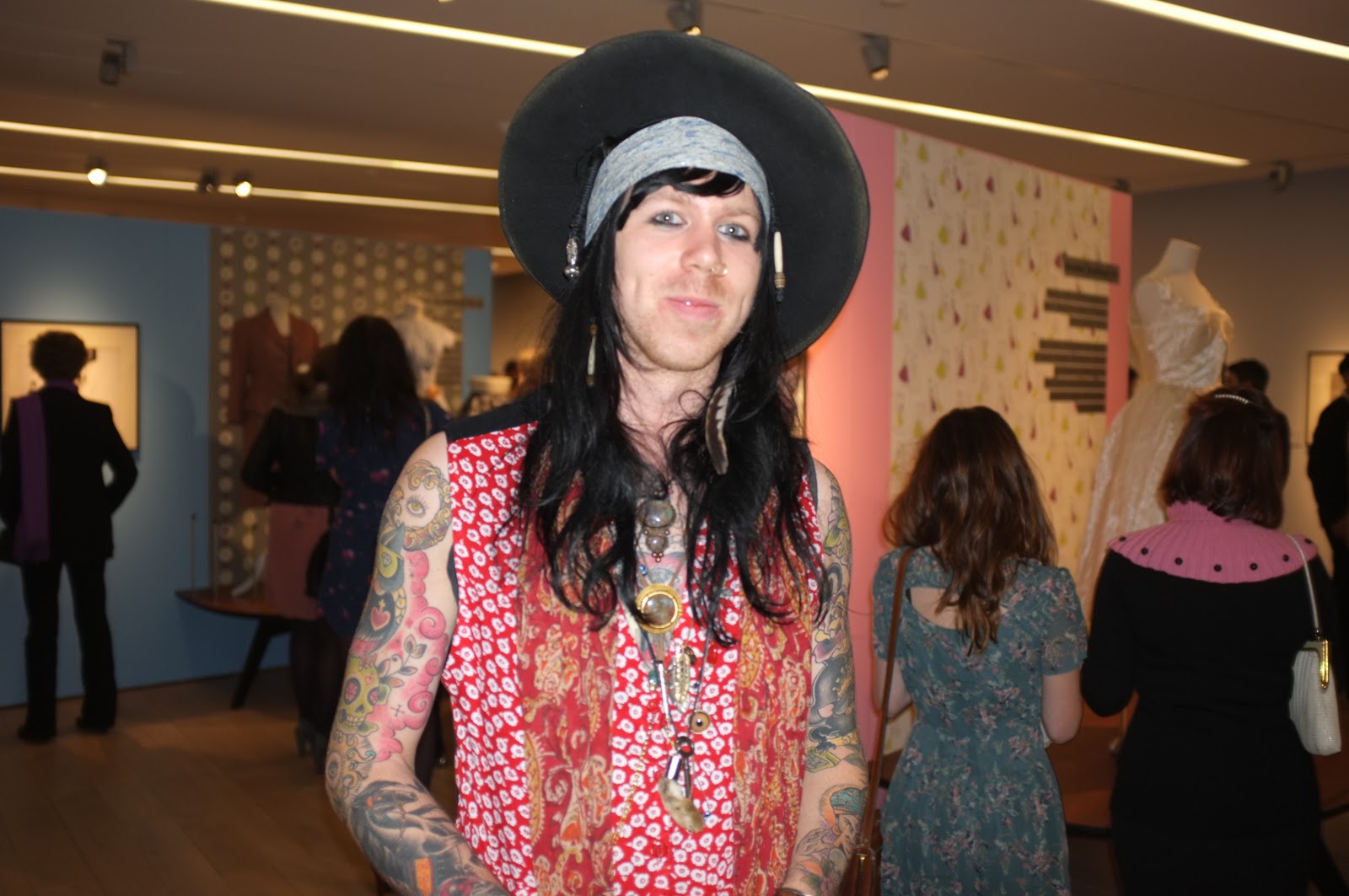 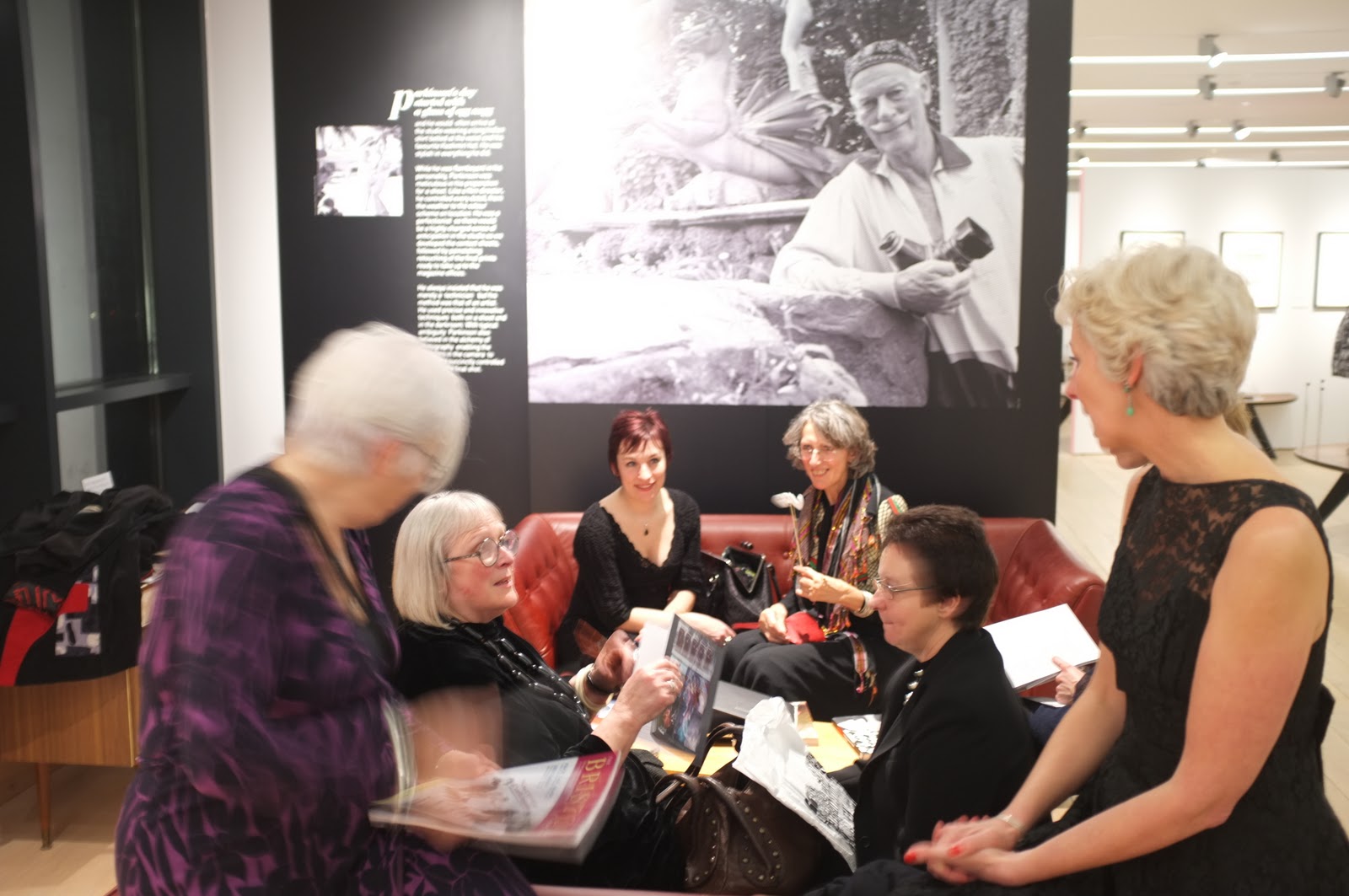 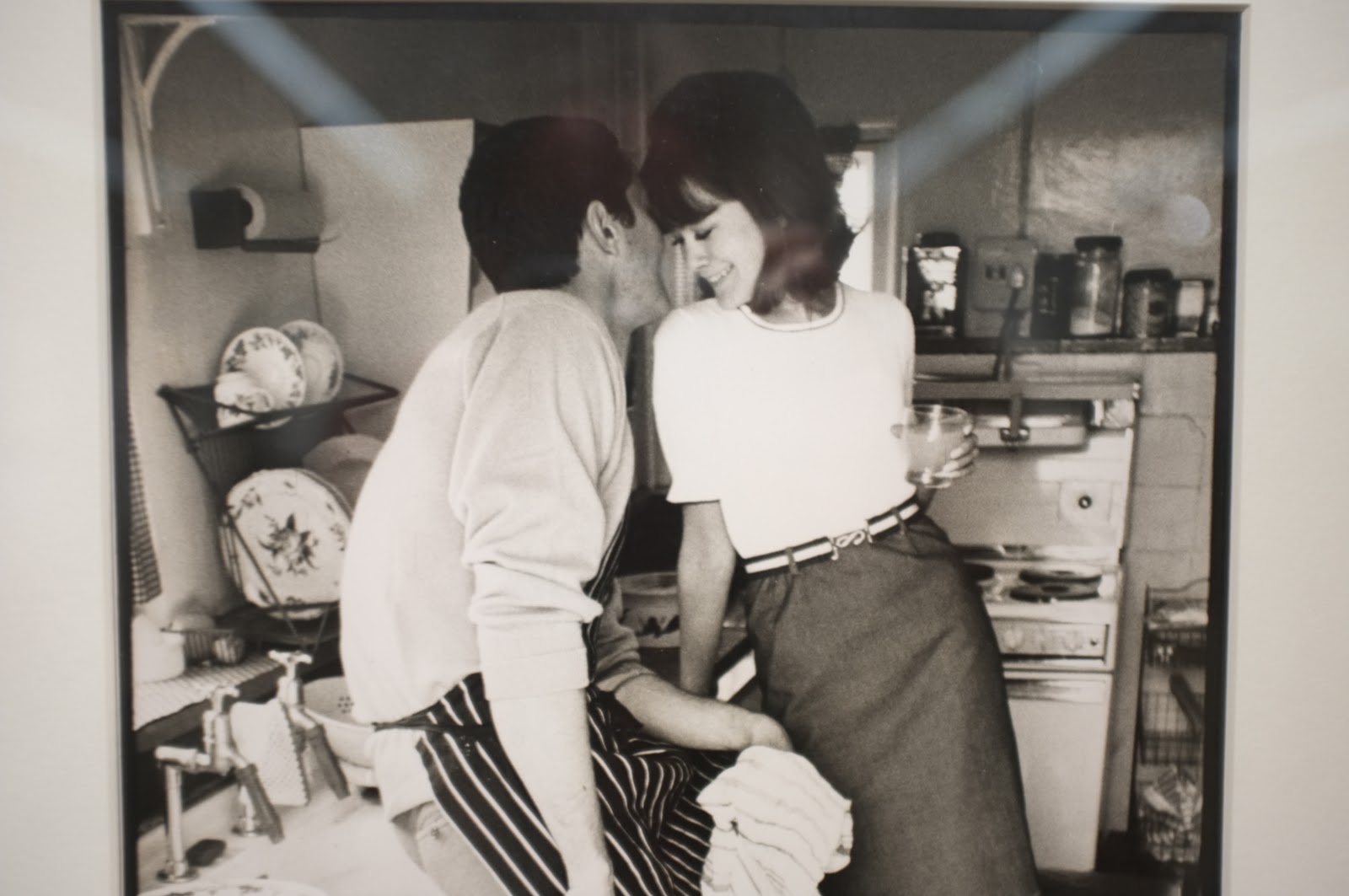 Then, of course there is the after show party which took place in The Living Room, a modern building in the clubbing and partying section of the redeveloped Docks. The finishes look expensive, and inside, the upper level is spanned by an interior bridge which allows unusual perspectives for people-watching. Incongruously, a white Baby Grand piano has on its lid a laptop computer from which the resident DJ orchestrates the cacophonous beats which target every nook and cranny like eardrum seeking sonic missiles. They make impossible any conversation which is more nuanced or intelligent than simple pick-up lines.

We retreat outside to the patio and in the glow generated by the infra-red heaters and the strong cocktails we gather around a few tables to review and discuss what was a fabulous evening.

The visit to this show was just the tonic for a chill January evening. It made me reflect on post-war optimism and the innocent fun associated with London during the Sixties. There were no mobile phones, TV had for most of the era two channels, videos were unheard of, and DVDs and personal computers were for the future. Yet, when I look at these photographs I feel the positivity of the era emanating from the background to many of these shots. The exhibition was for me, a keyhole into a past decade and now I feel like hunting out photographs of my own mother and looking closely at those hats and shoes and the little 1940s/ 1950s Jaeger suits she once apon a time wore. And perhaps, it is because of her that I , too, have always loved ‘style’ her term for fashion.