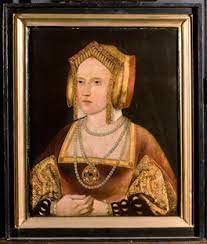 Henry VIII, Impotence and the Thorny Question of Male Heirs

Sex and Sexuality in Tudor England was published in March 2022. In this book, which is full of many gems relating to Sex in the Tudor Era, I also include a theory as to why Henry VIII is known to have had only two male children, neither of whom was greatly healthy despite the fact he had six wives and a number of recorded mistresses. Yet, only three pregnancies produced healthy children. Catherine of Aragon, Elizabeth Blount and Anne Boleyn each bore Henry a child who survived childhood. Edward VI died aged fifteen. He was not a healthy child and his other known son, Henry Fitzroy, also died young. 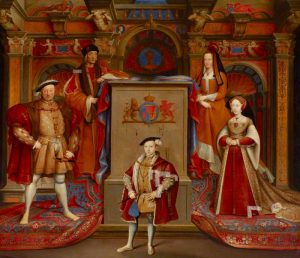 Did Henry VIII have sexual problems? Venereal disease was not thought to be responsible for his lack of living children since Henry was never treated for syphilis. The disease had appeared during the late fifteenth century and was known in France as the English pox but in England as the French. It was rife during the era. In another theory, a leg ulcer was most likely caused by a fall in the tiltyard. But could Henry have been partially impotent? His divorce from Anne of Cleves was pursued partly on the grounds of sexual incapacity because he claimed he lacked will and power to consummate the marriage. He blamed the absence of sex on his German wife’s lack of attractiveness and unpleasant bodily odour. Henry, having felt her stomach and breasts, also claimed she was no virgin.

At Anne Boleyn’s trial, her brother, was asked whether Anne ever told his wife, Jane Boleyn, that the King was incapable of sexual intercourse, implying Henry was unable to attain or sustain an erection. A note was handed to George Boleyn who was ordered to nod or shake his head in response. George read it aloud, a move that certainly sealed his fate. His response caused a sensation in the courtroom. Since Anne had conceived four times in three years it was unlikely, he retorted, Anne ever said such a thing. 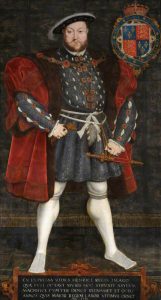 Anne miscarried in January of that year. The child apparently had the appearance of a male although this may have been guesswork. A deformed foetus story appeared forty years later and can be dismissed as an attempt by Catholic writers to portray Anne as a “miss-shaped monster.” During the sixteenth century a superstition prevailed that deformity in a baby was a sign of sexual misbehaviour by a parent. The premature foetus and miscarriage could not possibly be Henry’s fault or simply brought on by Anne’s shock after Henry’s tiltyard fall. The unfortunate foetus provided another excuse to investigate Anne’s suggested lovers only three months after her January miscarriage.

Henry had only three living children, four including Henry Fitzroy, or five if we were to include Mary Boleyn’s daughter Katherine Carey. A theory by anthropologist Kyra Kramer and the bio archaeologist Catrina Banks Whitley, writing in The Historical Journal, suggests that Henry’s blood group may have been the cause of his lost children and lack of heirs. A Kell-positive theory could also explain Henry’s midlife physical and mental deterioration. These researchers suggest Henry’s blood carried the rare kell antigen—a protein that triggers immune responses—while that of his sexual partners did not. It made them poor reproductive matches. In a first pregnancy a Kell-positive man and a Kell-negative woman can have a healthy Kell-positive baby together. In subsequent pregnancies, however the antibodies the mother produced during the pregnancy can cross the placenta and attack a Kell-positive foetus causing a late term miscarriage, stillbirth or death shortly after birth. Henry’s sexual encounters with mistresses and his wives resulted in at least eleven and possibly more than thirteen pregnancies. Six children born to Catherine of Aragon were stillborn or died shortly after birth. The survival of three first born children, Henry Fitzroy, Elizabeth, and Edward is consistent with Kell-positive patterns. Mary may have survived because she inherited the recessive gene from Henry, making her resistant to Catherine’s antibodies.

The researchers traced evidence for a Kell antigen back to Henry’s maternal great-grandmother, Jacquetta of Luxembourg. The pattern of reproductive failure usually shows in some male descendants whilst female descendants were successfully giving birth to children who survived. The Kell phenotype was, therefore, existent within the royal family. Moreover, the McLeod syndrome, a genetic disorder that only affects Kell-positive individuals, may account for Henry’s middle-aged instability and extreme leg pain. Other experts have attributed Henry’s apparent mental instability to bone infections and to Lyme disease but the Kell theory offers a fascinating and satisfactory explanation for Henry’s problems with producing royal heirs.

Henry VIII, who loved clothes and dressing up is painted by court painter, Holbein, wearing a prominent cod piece and who stands with his legs akimbo proudly displaying his manhood and his virility, may have had a medical reason for his inability to produce as many healthy living children as he had hoped. Of course, he never knew and blamed his unfortunate wives for his lack of male heirs. 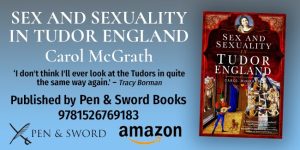 Bibliography for this Article

Following her first degree in Russian Studies, English and History, Carol McGrath completed an MA in Creative Writing at The Seamus Heaney Centre, Belfast, followed by an MPhil from University of London.  She is the author of The Daughters of Hastings Trilogy. Her seventh historical novel, The Stone Rose, published by the Headline Group, set during the High Middle Ages features Isabella of France and was published in April 2022. Carol also writes Historical Non-Fiction for Pen & Sword. Tudor Sex and Sexuality was published in March 2022.  Visit her website: