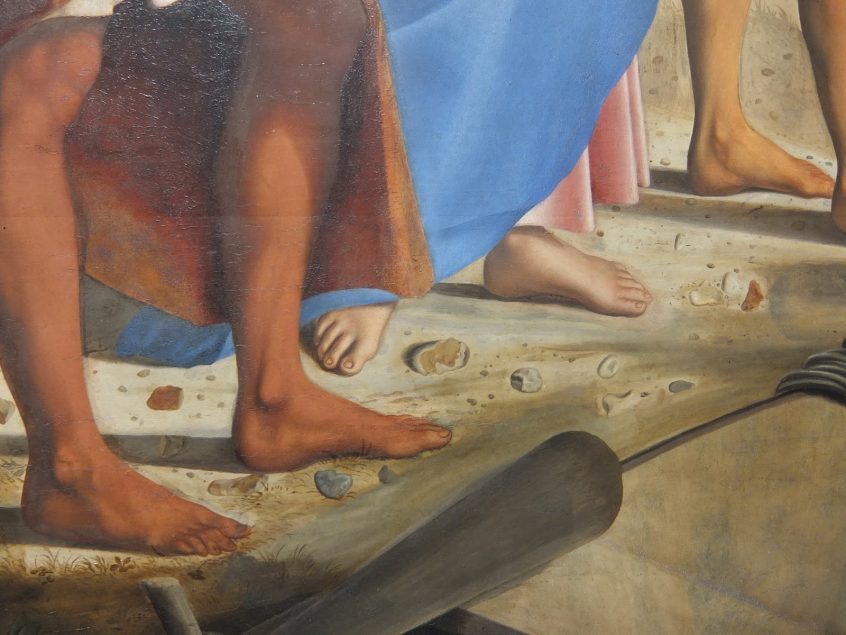 Recently, I was fortunate to have an opportunity to visit art galleries in Venice, Haarlem and in The Hague. I focussed on the costumes, hats and shoes worn by the figures in the paintings. As I wandered through the galleries’ Medieval and Renaissance sections peering at shoes, I was amazed at how modern they were. Twenty-first century designers could copy many of the shoes, boots and sandals shown in the following photographs. Just look closely at the pictures because they are footwear we might wear today. Don’t they speak about a universal desire for fashion? Apparently, through the ages we have loved well-crafted and beautifully coloured footwear as well as simply serviceable shoes. 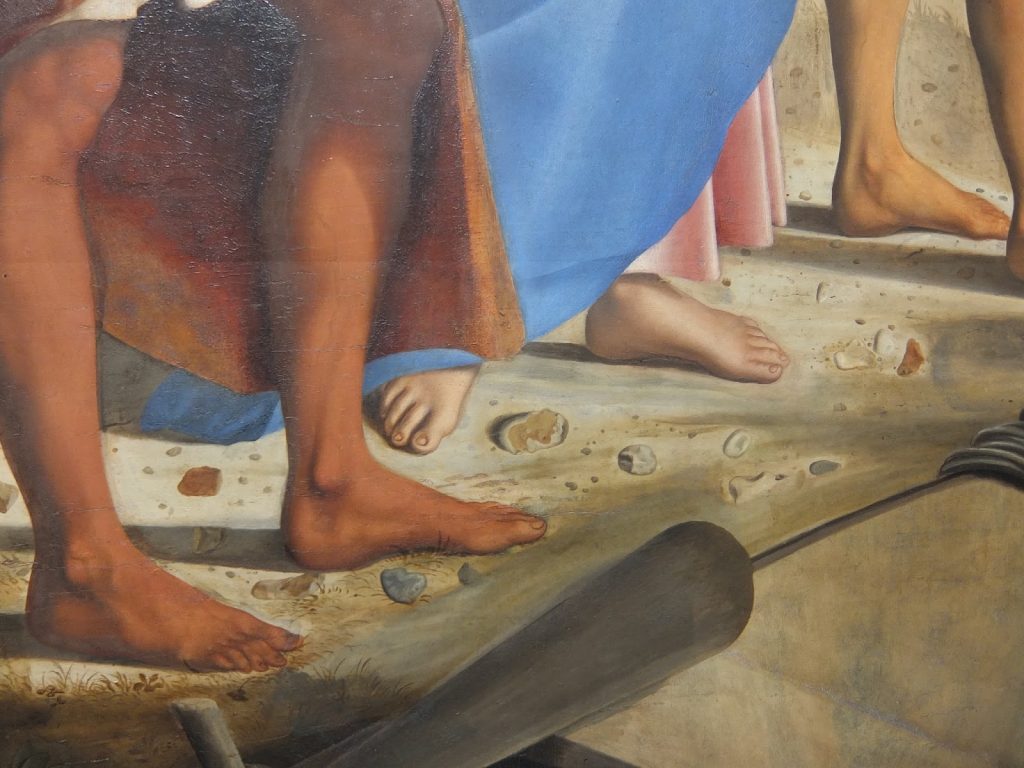 We begin with naked feet ( above), perhaps in need of a new pair of sandals. 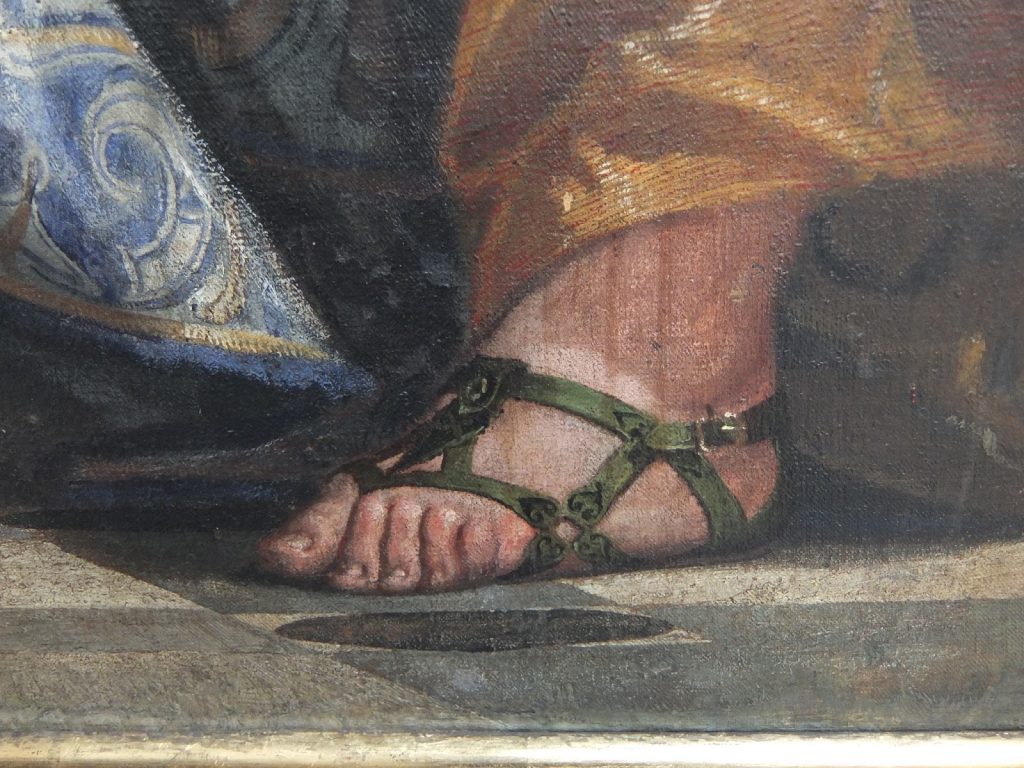 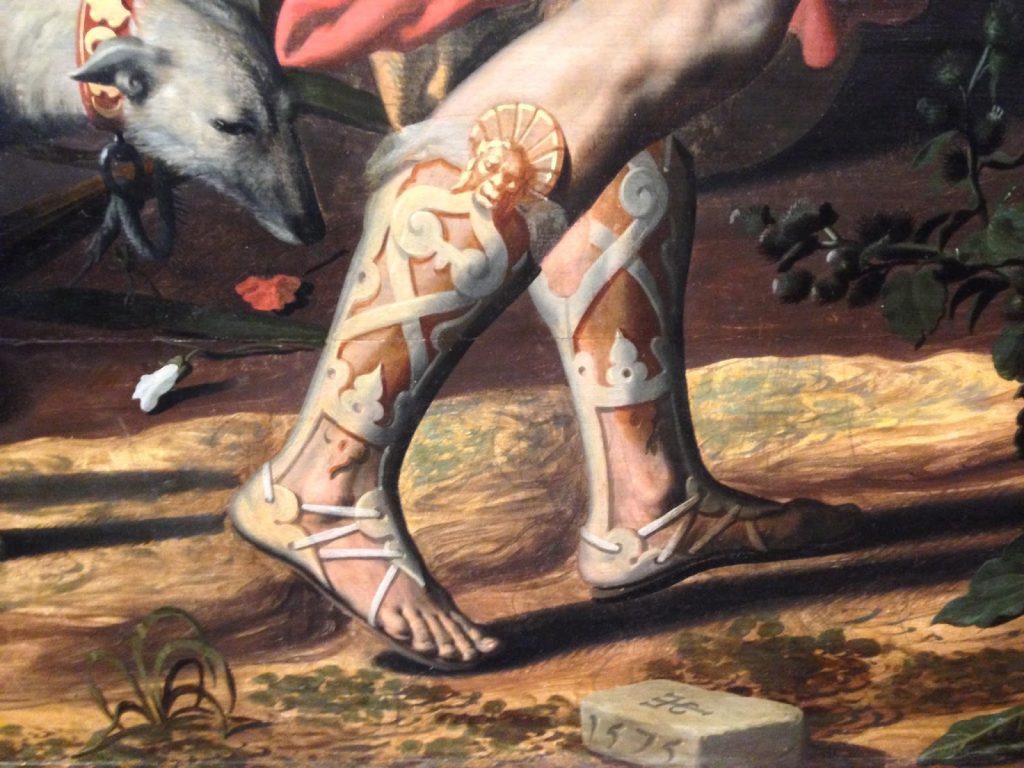 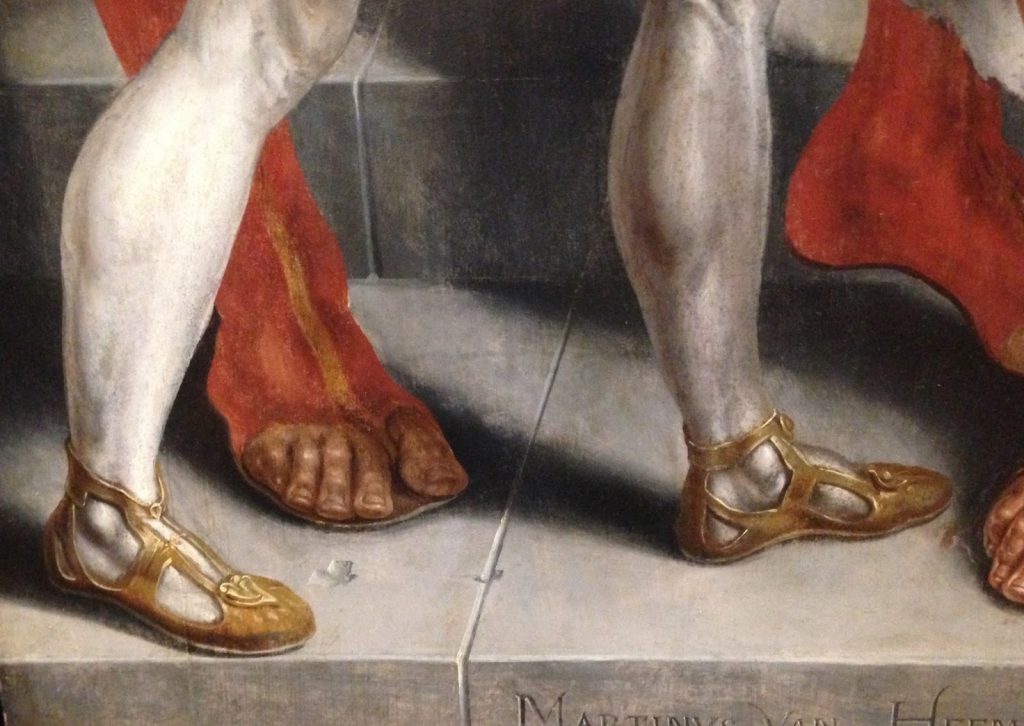 Now for the shoes I noticed. These pairs appeal. 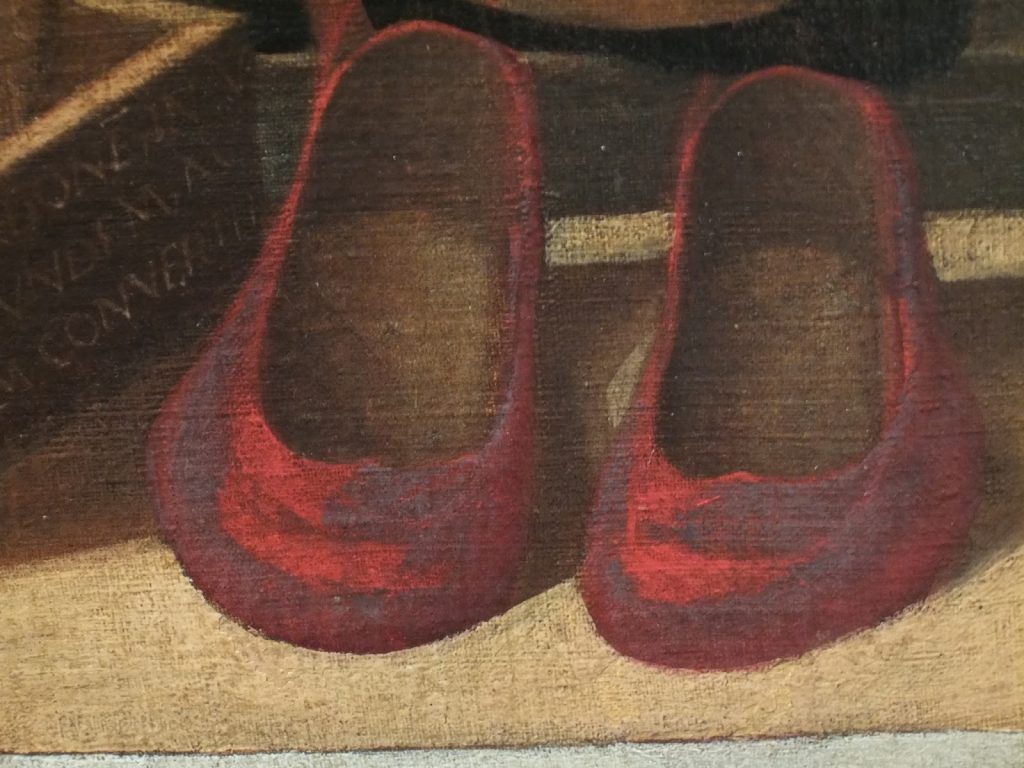 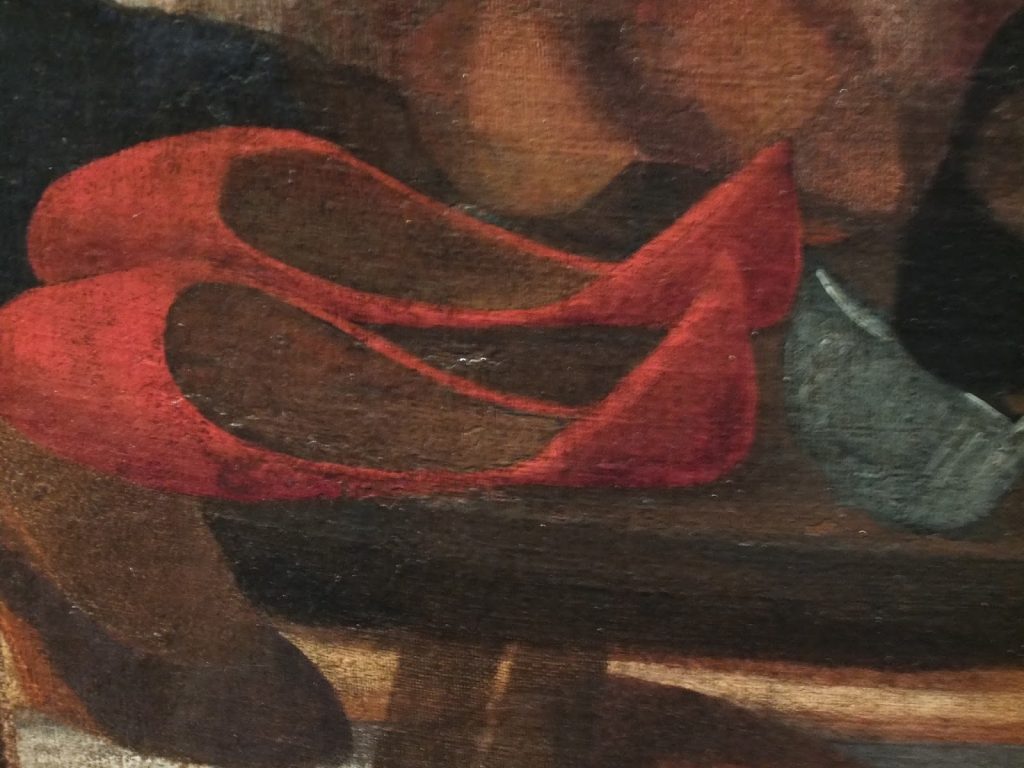 The following examples of footwear were painted during the fifteenth century. They look comfortable, a far cry from long pointed toes that were a fashionable addition to a courtier’s wardrobe during the Fourteenth century. 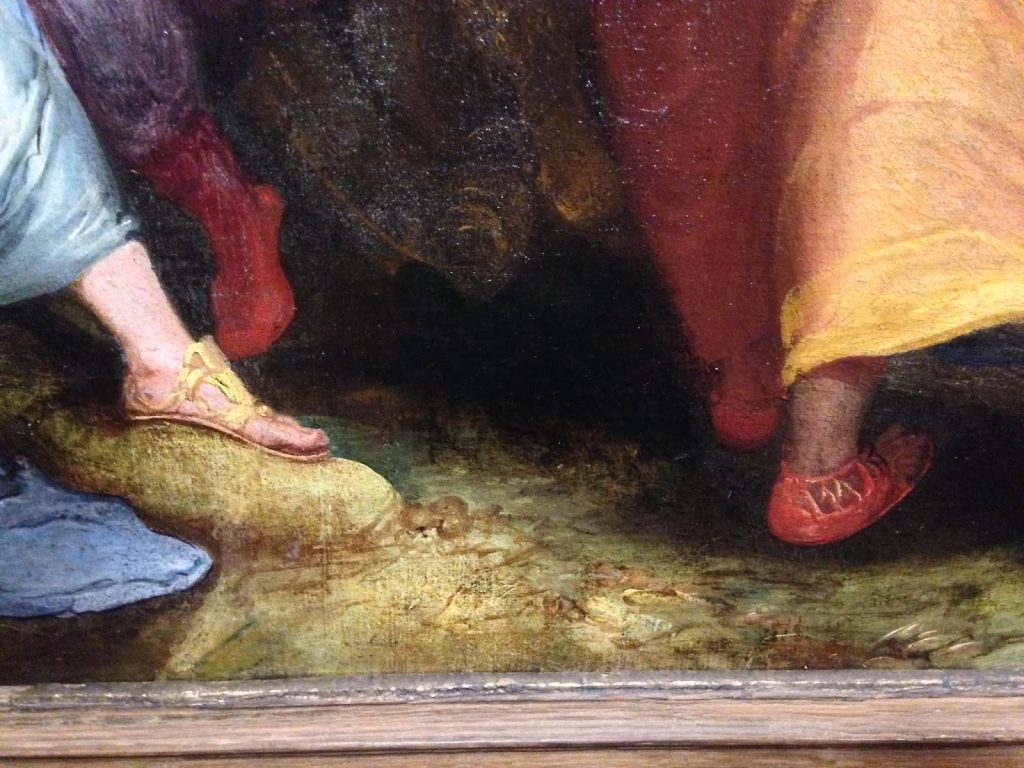 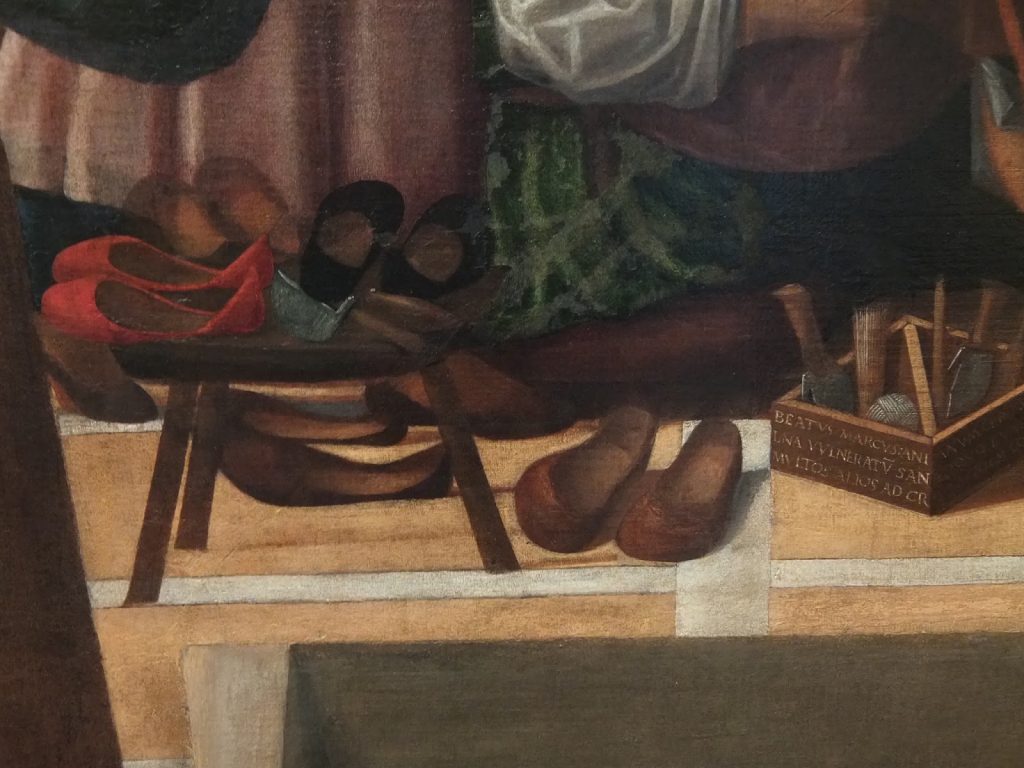 The fabulous boots shown below also appeal to my twenty-first century taste, especially the green and red boots. 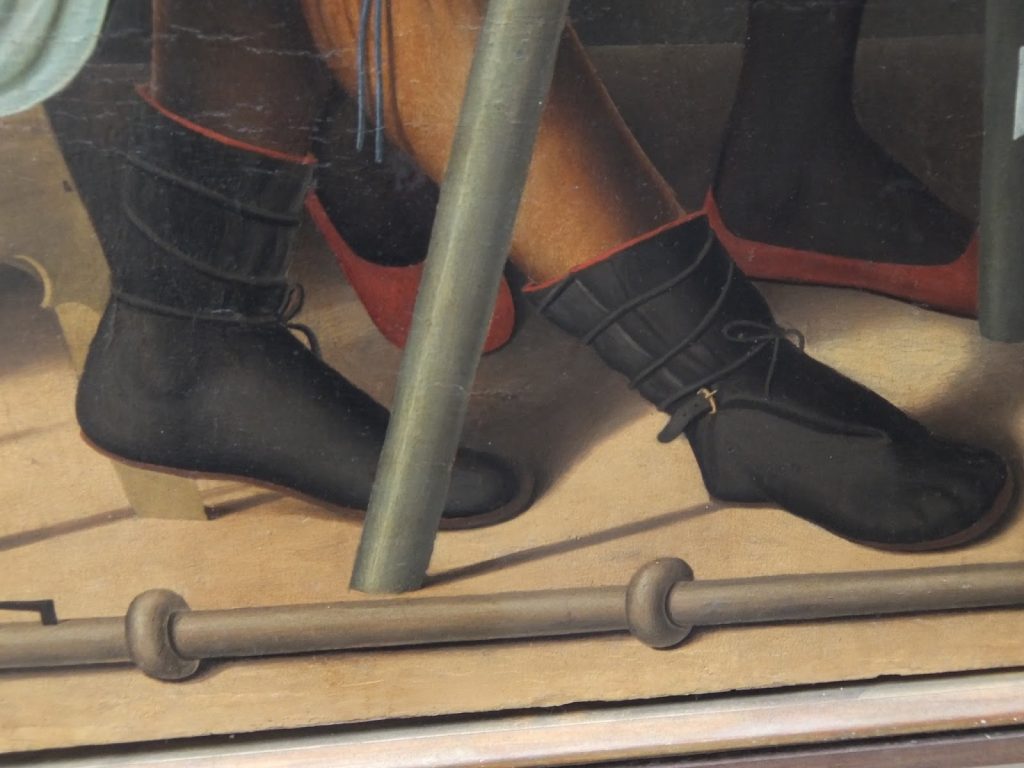 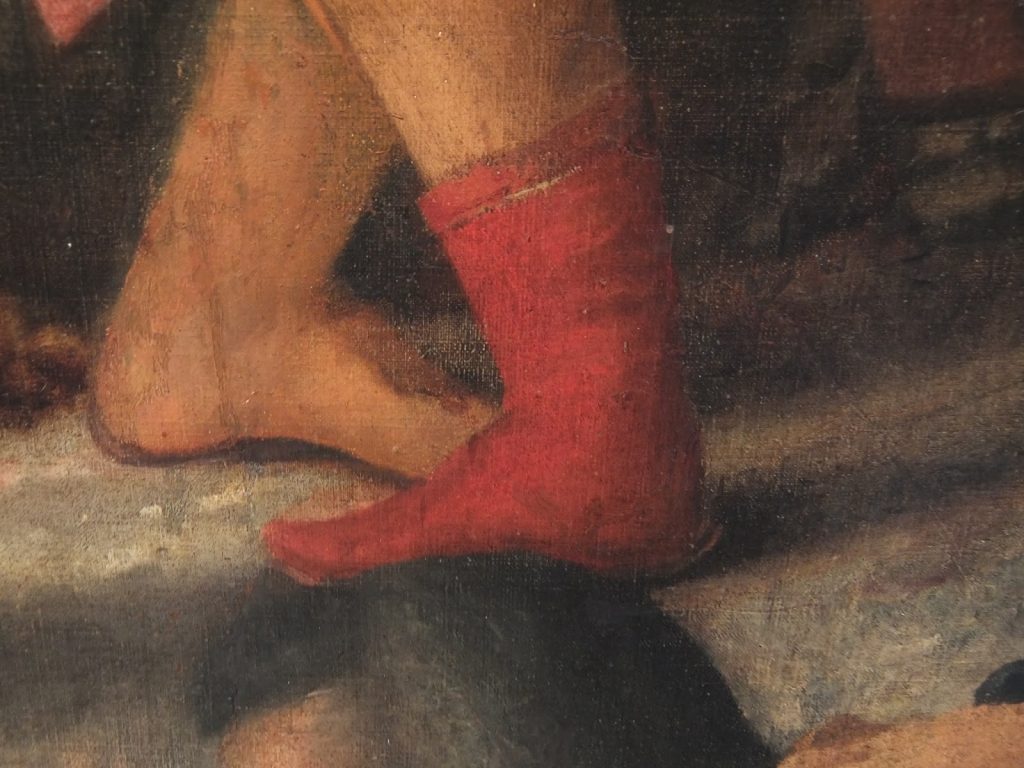 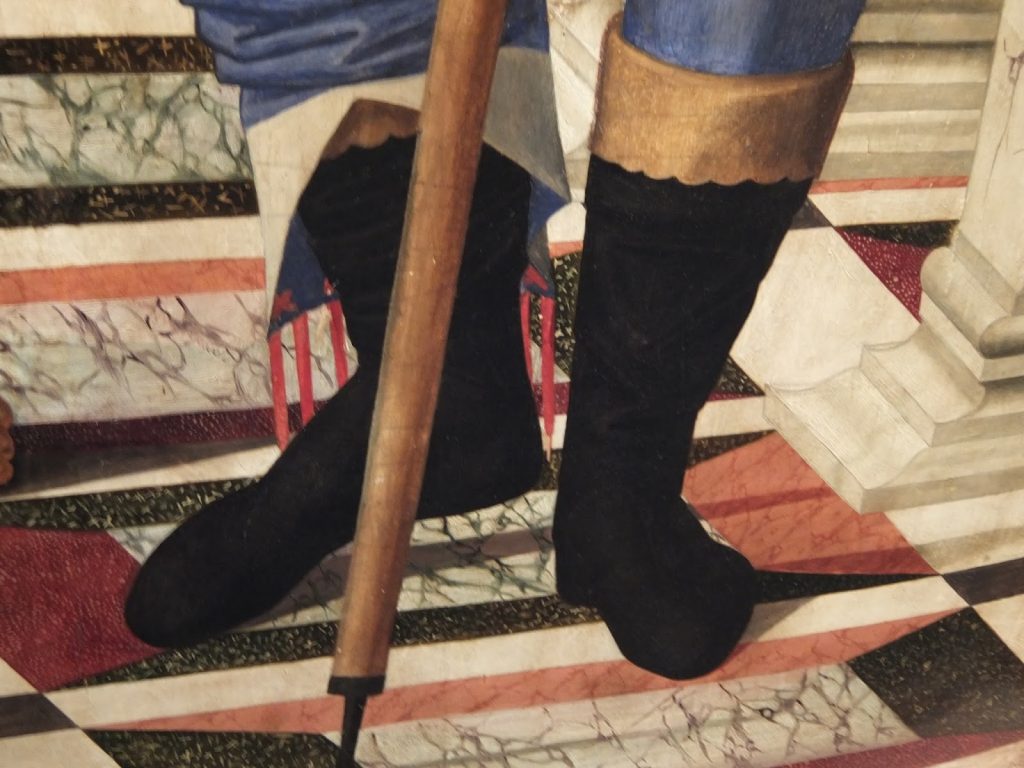 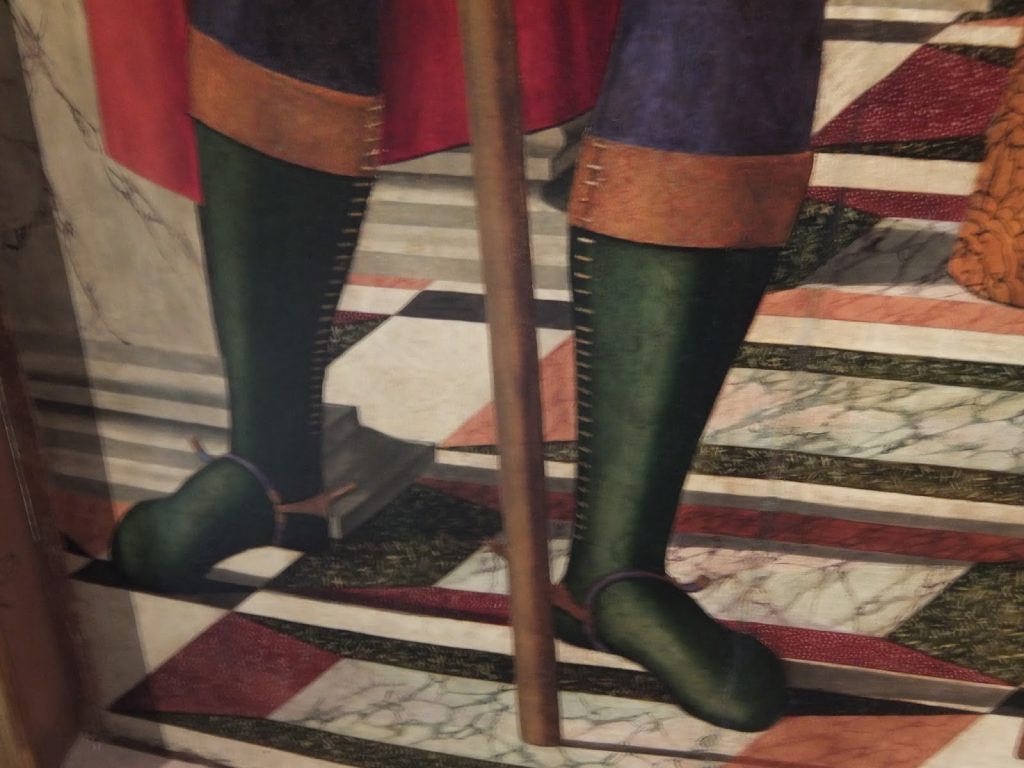 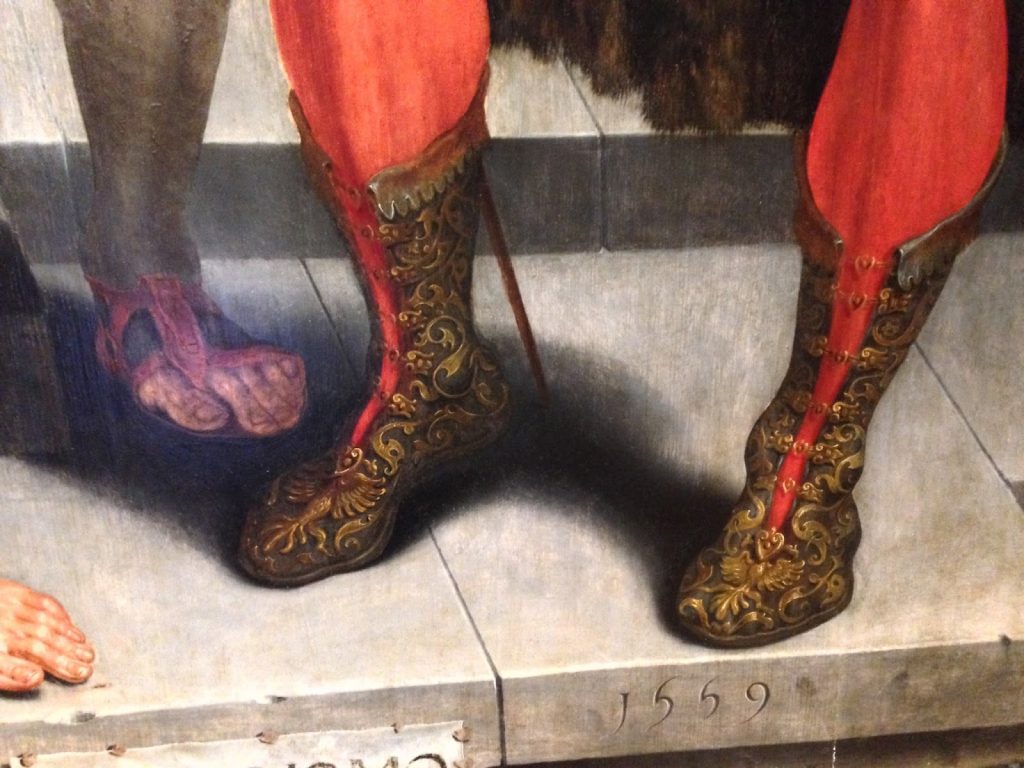 These are amongst my favourites. Note that they are mid-sixteenth century

If you lived during the Medieval period you might go on a pilgrimage. In this case, you will have staff and hat as well as wearing comfortable shoes. You would most likely collect a few pilgrim badges to pin on your hat as souvenirs, and possibly as proof of your piety. 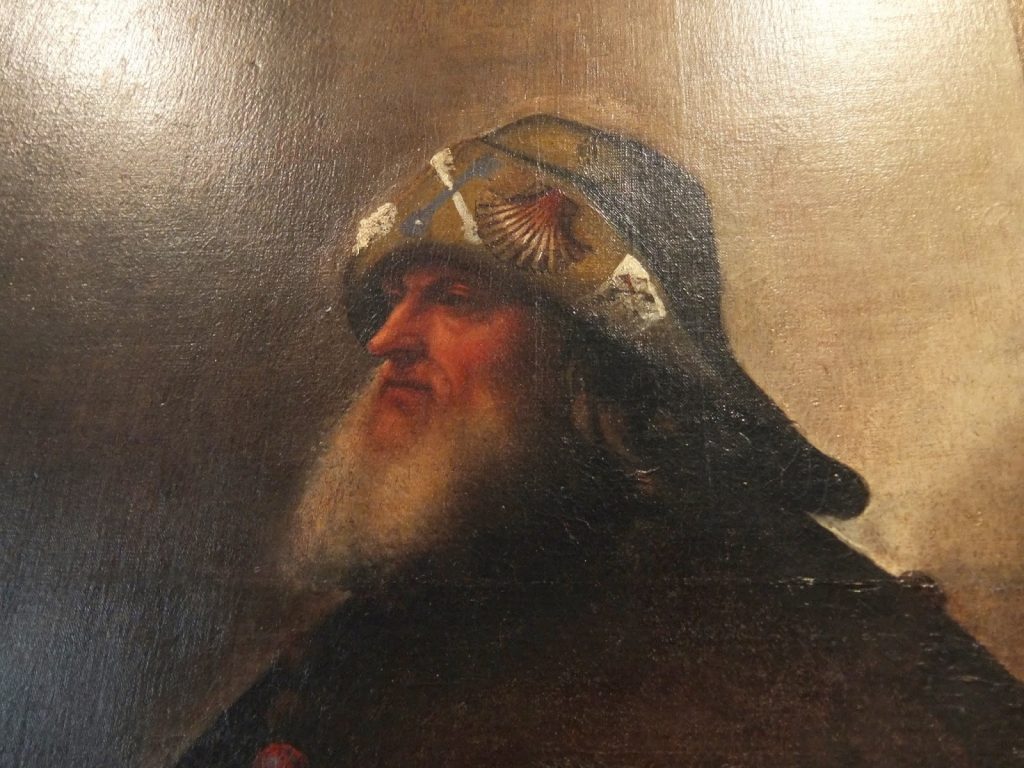 My latest novel, The Woman in the Shadows, is set in London, during the early 16th century. It will reach bookshops August 2017. Whilst writing this novel, I researched textiles in art, looking for beautiful fabrics and clothing in paintings from the Medieval and Renaissance Era discovering, as I examined a painting, that there is much to learn about late medieval and Renaissance fashion from the ‘old masters’.