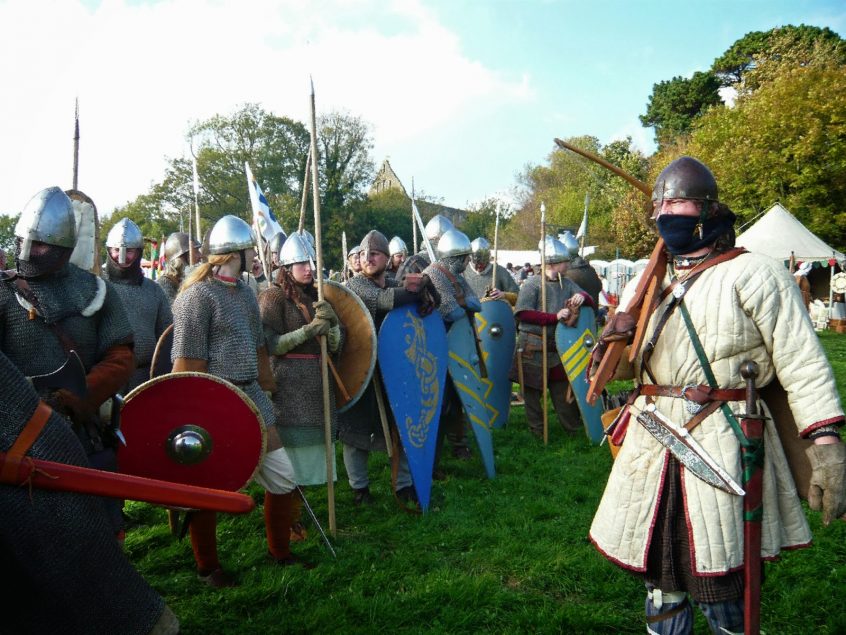 The Handfasted Wife is the story of King Harold’s wife Edith Swan-Neck. As 14th October is the anniversary of The Battle of Hastings here is an extract from the novel. 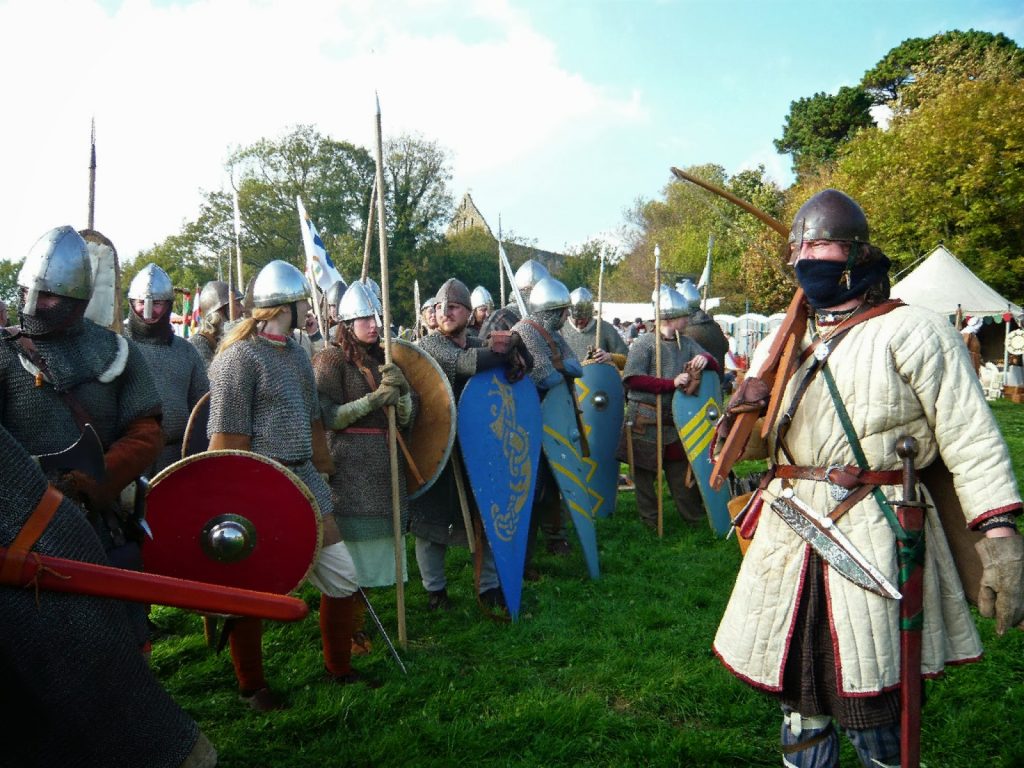 The soldiers escorted Elditha to the battlefield shortly after Matins. They brought her to where Duke William had remained all night in his bivouac encampment, to where she could see Harold’s captured standards flying alongside the Duke’s own by the entrance to his tent. Desperately looking around she saw a horrific sight. Everywhere bodies were already stripped of mail, hauberks and weapons. Even boots and hose had been taken from them. The Duke’s soldiers had been at their grisly plunder during the night. Torches burned over it, lighting up the grim sight. She sat on her horse, her long neck erect and with Ursula by her side. They were accompanied by the two monks who had come with the King from Waltham. They had said that they could not identify the King’s fallen body, only his head. The rest was mutilated, in pieces. They told the Norman leader that Elditha Swanneck would be able to recognise her husband and reunite the King’s severed head with his body. So here she was, unceremoniously lifted onto a horse, escorted from the camp and marched north to the boundary of Harold’s estate of Crowhurst that was marked by a grey apple tree, and into the meadows of death that lay around the ridge. 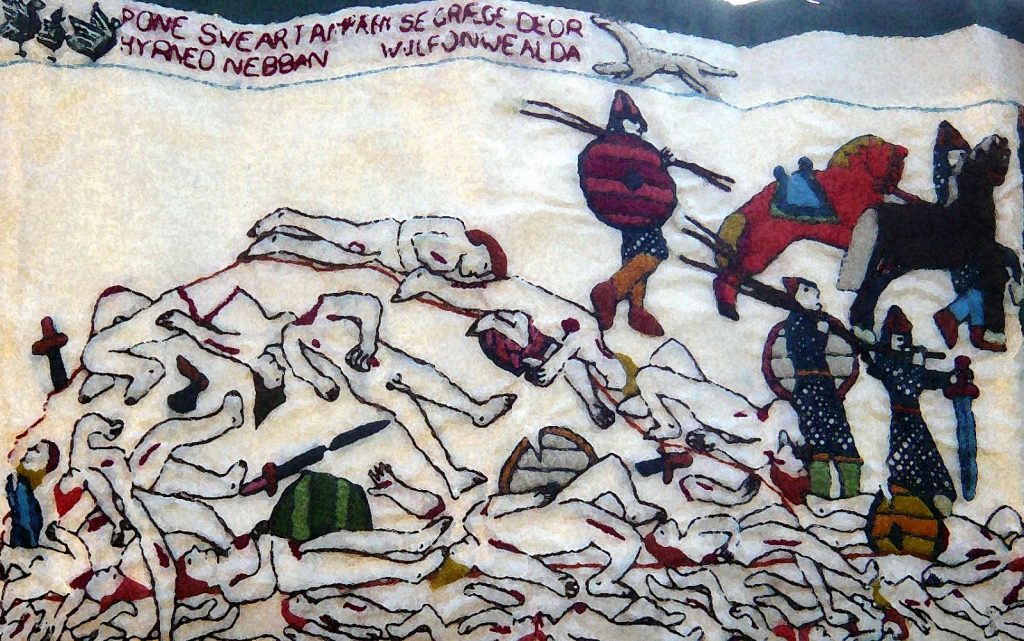 Her very sense of herself was frozen. She searched for him through the piles of the dead, pointing for this body or this limb to be turned over. Her fine boots were slippery with blood and she had to clutch her veil close against the metallic smell of it; not only that, but also the stench of shit and spilt guts. Duke William, his brothers Bishop Odo and Robert of Mortain, and a group of knights were watching her as she moved amongst the copses of departed Danish house-ceorls and Saxon aristocrats. A great gathering of priests was permitted to take away the corpses of fallen noblemen for burial. Another quarter hour passed and still she had not found Harold.

‘You have done what you can, Lady,’ said William Mallet, half a Norman and half English-man, a knight who had lived at Edward’s court. She had known him then. ‘Would you rest?’ he added.

‘This place will too soon become a Golgotha of skeletons, a vast field of bones,’ she cried out. ‘What evil have you done here? You will rot in hell for this, Mallet. I shall find my husband.’

He turned away from her. She refused to be consoled or stop searching, but frantically carried on asking for bodies to be lifted, peering closely at any torso that resembled her husband’s. It was as she made a second tour of the dead up on the ridge, that she found him. She identified his long body by marks on his shoulder. There were battle scars, too, which she now recognised on his torso and bracelet tattoos on his other arm. When she found his severed leg close by she could see the swan’s feather and the blood-stained, green-eyed dragon that encircled it and by these marks, she knew the limb was his. It was then that she sank into the mire and wept for her loss.

‘May my lord’s soul rest in peace.’ She took a cloth from her belt and carefully wiped away the blood from around the marks. 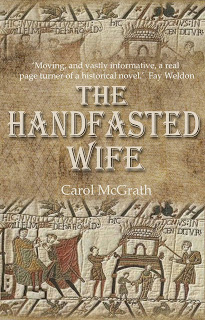 Read on...The Handfasted Wife is published by Accent Press and can be bought from Amazon Books or ordered from bookstores everywhere.