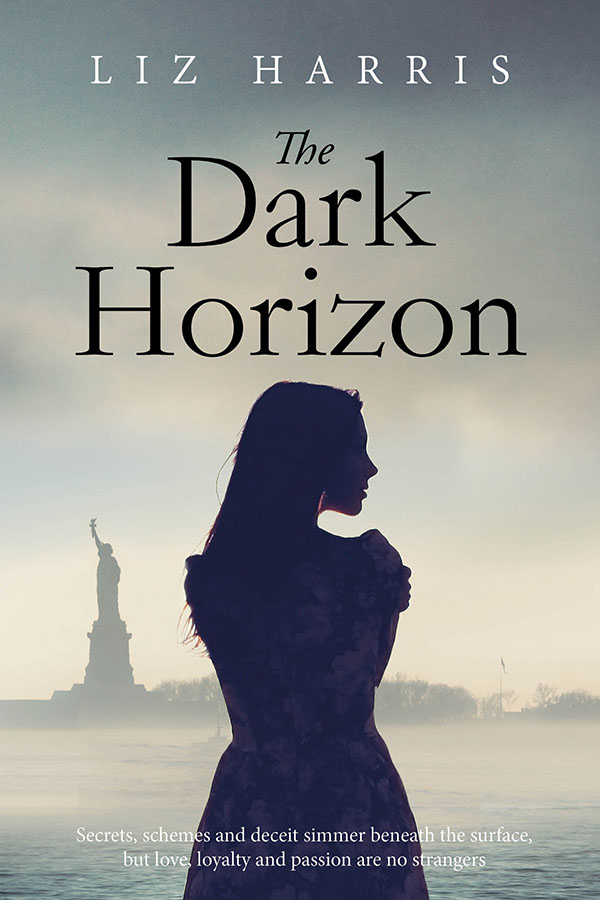 Meet Liz Harris. Her new book The Dark Horizon will be published on 1st May. I have read and enjoyed it. My review follows a little helpful advice Liz has for you about writing. 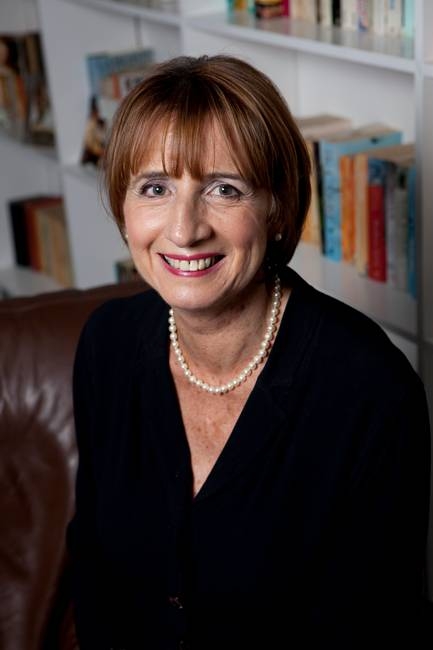 In the theatre, there’re frequently characters on the stage who are merely bystanders to the main action, and have no dialogue. Years ago, when I was involved in amateur dramatics, I used to hear directors in rehearsals shouting to such characters to wipe their nose, look interested or do something. That ‘something’, which shouldn’t detract from the main action, was intended to stop the character from coming across like a wooden dummy.

Clearly, there’s no theatre stage in front of readers, and they conjure up the scene in their mind. That doesn’t mean, however, that because the reader can’t actually see every character who might be present, but not involved in the immediate action, the author can forget about the characters on the sidelines. There may still be a role for them to play.

Whether or not the novel is fantasy, paranormal or general fiction, characters will generally exhibit some traits, characteristics or flaws with which the reader can identify, and it is often this empathy that draws the reader into the fictional world.

In the same way as characters in the novel are ‘real’ in the sense that they reflect ourselves in some respects and the people we meet every day, so, too, should the plot embody the fact that in life, actions usually have an outcome. Cause and effect propel our lives, and they should also propel the lives of our fictional characters, no matter their degree of importance to the main plot.

Cause and effect come instantly into play when the characters involved are the protagonists. What they do, and how they react, furthers the central plot. When the betrayed wife inadvertently reads the letter her husband has written to the woman with whom he’s having an affair, and is distraught, to use this as an example, the author’s focus will inevitably be upon the immediate reaction of the wife, the husband and the mistress, because the reader will be keen to know what happens next.

But what about the cleaning lady, who was dusting a vase in the room when the betrayed wife read the letter, exclaiming aloud at critical moments, or the daughter, who’d been coming down the stairs, had just reached the bottom stair and had heard her mother’s words and seen her distress through the doorway, or the gardener who was pruning the roses outside the open window?

What they heard or saw could elicit a response from these characters, no matter how minor they are. However, when the focus is on the discovery of a betrayal, it’s all too easy to forget about the lesser characters and move on. But in doing so, the author could be missing an opportunity.

People frequently respond to a situation according to their bias, sense of grievance or otherwise, and the thoughts and actions of the minor characters could enhance the novel, adding to its depth and enriching its content, by bringing some micro-tension to the chapters.

Readers start reading a book to know the answer to the question posed in the blurb, or the outcome of the situation established at the beginning of the novel. But if their attention isn’t held throughout the later chapters, the reader may well give up and move on to the next novel. Micro-tension could keep them reading.

Micro-tension isn’t about furthering the main plot. It’s about putting something, which could be quite minor, into a chapter in order to arouse readers’ curiosity and makes them read on. The matter will probably be put to bed in the following chapter.

The daughter notices the front door open, and wonders who’s just left the house, or come in, and why they’d not closed the door. The cleaner wonders whether to hand over something she’d found in the husband’s waste-paper basket the day before, which, she feels, could be an item the betrayed wife might want to know about. The gardener could wonder why a different person had delivered the mail that day. All these could pique readers’ interest and make them keen to read the next chapter to find out the answer, but they are things that could be explained in a way that didn’t impinge upon the main plot.

Finally, where an author is suffering from writers’ block, if the author looks back at the key scenes and asks whether the possible reactions of every character had been sufficiently developed, the author could soon find that words were flowing freely again.

Happy writing to all of you – may your ideas flow!

Bio: Born in London, Liz Harris graduated from university with a Law degree, and then moved to California, where she led a varied life, from waitressing on Sunset Strip to working as secretary to the CEO of a large Japanese trading company.

Six years later, she returned to London and completed a degree in English, after which she taught secondary school pupils, first in Berkshire, and then in Cheshire.

In addition to the six novels she’s had published, she’s had several short stories in anthologies and magazines. Her latest novel, The Dark Horizon, set between the wars, is Book 1 of The Linford Series.

Liz now lives in Oxfordshire. An active member of the Romantic Novelists’ Association and the Historical Novel Society, her interests are travel, the theatre, reading and cryptic crosswords. Find Liz on her website:  www.lizharrisauthor.com

My Review of The Dark Horizon

The Dark Horizon is the first novel in an exciting new Trilogy set between the world wars. It is an excellent read, a combination of page-turning book inhabited by engaging characters in possession of intriguing stories. This Trilogy stars the upwardly mobile Linford family. They are ruthless – a few of them, rather threatening, personalities who destructively place ambition and snobbery before human empathy. The family enterprise is a building company focused on new ‘modern’ post World War I housing in the suburbs. As I adore Betjeman’s poetry, poems set in this period lauding early twentieth century suburbs, I was gripped by this background – well-researched, but delivered with a light touch and absolutely fascinating. The family also own a gorgeous country home in Oxfordshire, a setting that provides an escapist Downton Abbey feel contrast and tone to that of the suburbs, Hampstead, and the gritty tenements of nineteen twenties New York. I thought this latter section was really well executed to a background of economic optimism followed by the Wall Street Crash and the Depression. The narrative is driven by history and emotive story telling.

The Dark Horizon tells Lily’s story set both in England and New York during the nineteen twenties. It is a period of optimism and transition, of women claiming independence and of individuality, of flappers, new fashions and a post WWI renaissance in art and literature – all of which is sharply captured by Liz Harris. Watch how outcast beautiful young wife, Lily, not exactly out of the top drawer, negotiates this world, growing in strength and awareness from naivety to a confident new woman. Above all, The Dark Horizon has a wide scope with a gripping narrative, vivid description, a fictional world inhabited by good and bad characters, some of whom you’ll love and others you’ll hate, all of the ingredients of great storytelling in the vein of JB Priestley with a touch of Barbara Taylor Bradford and Penny Vincenzi. Motivation, a characteristic of excellent story telling, comes over as a particular strength in this novel. It has an unpredictable ending. No spoilers! Highly recommended and I very much look forward to reading the second novel in the sequence.

Find The Dark Horizon on Amazon from 1st May, or preorder: https://tinyurl.com/y9avgjrd 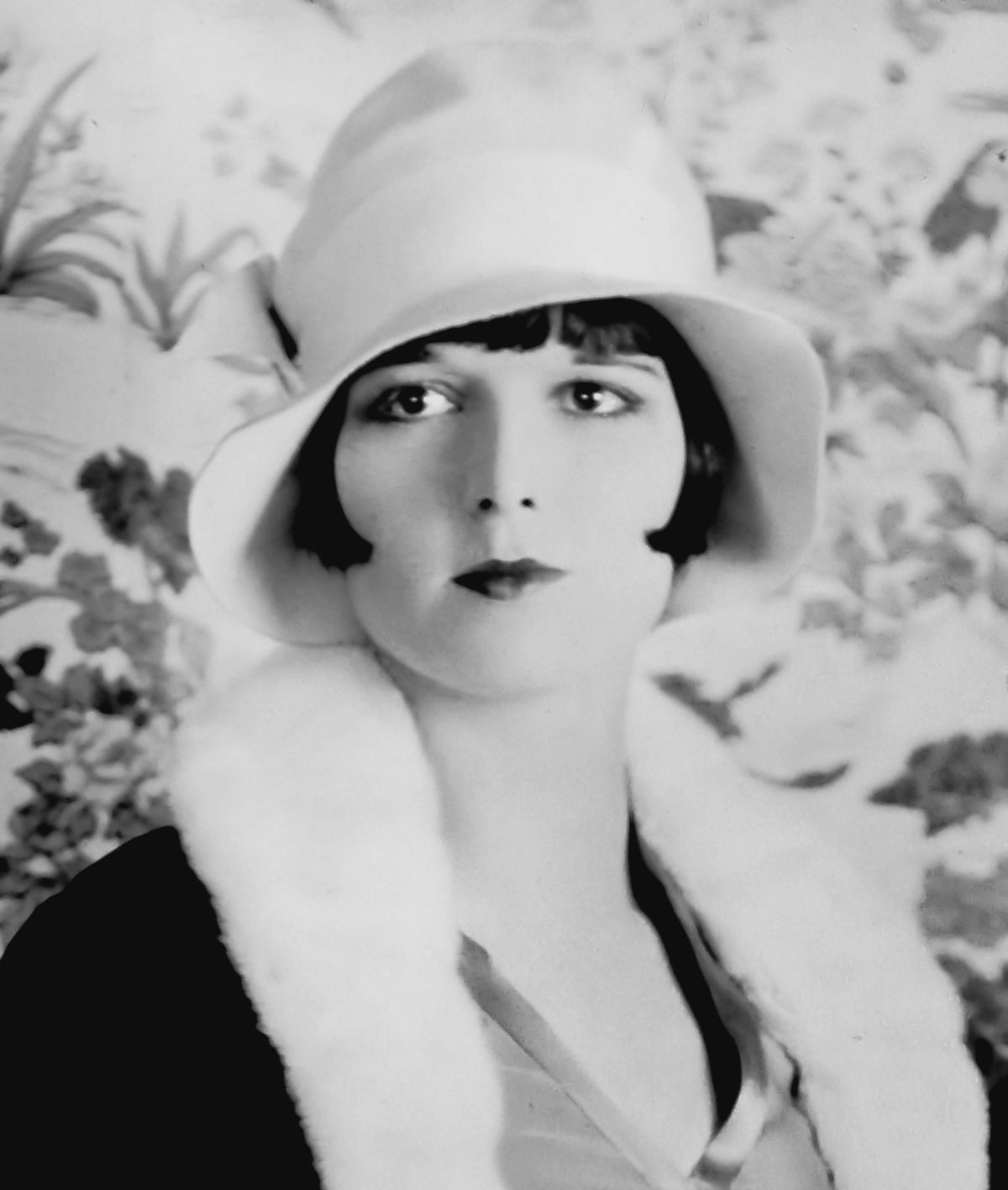