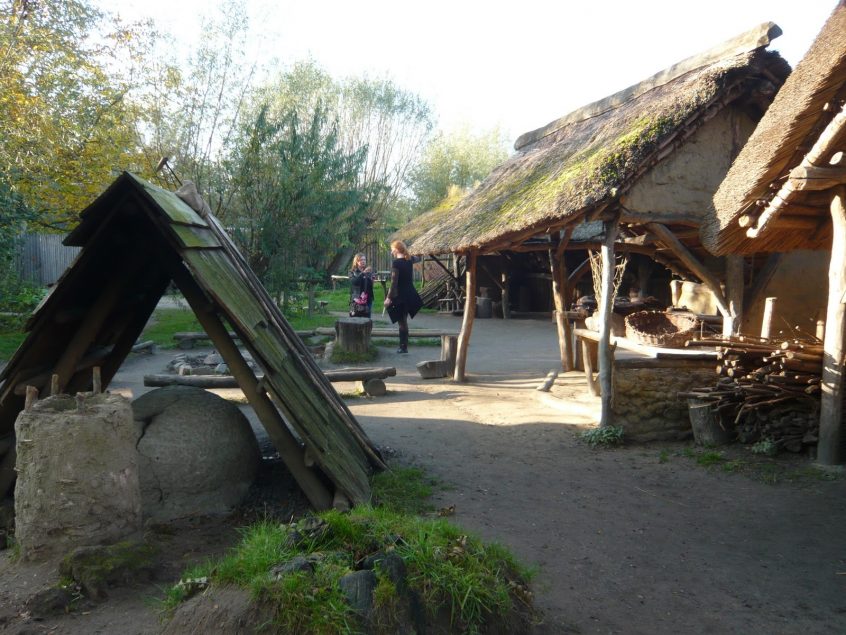 Psalters, early medieval calendars, and The Domesday Book yield fascinating information about life on a medieval estate. For instance, a scene from Saint Mary’s Psalter depicts the lord’s reeve overseeing the harvest. The reeve is behind the cart which is drawn by three horses and is packed full of grain. The illustration climbs the margins of the Psalter page to meet a decoration of oak leaves on one side and acorns on the other. This represents the importance for the medieval villagers of the changing seasons. 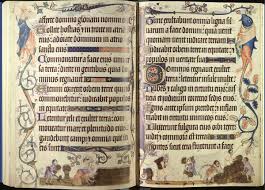 The estate Reredfelle described in The Handfasted Wife can be found in The Domesday Book. Here it is written:

King William holds in demesne Reredfelle of the fee of the Bishop of Bayeux. Earl Godwin held it and then as now it was assessed for 3 hides. There is land for 26 ploughs. On the demesne there are 4 ploughs and 14 villeins. 6 borders have 14 ploughs. There are 4 serfs and a woodland yielding 80 swine for pannage. There is a park…

This was a perfect location for Earl Godwin’s hunting estate with its park (deer park), woodland and agricultural activity. Reredfelle therefore became fictionalised as follows:

‘Reredfelle was a sprawling territory of ash, beech and oak only a day’s ride from Canterbury. On its southernmost edge, where the forest opened up into parkland fields and hamlets, Earl Godwin of Wessex built his new two-storey hall, a magnificent thatched building. The long side walls were painted with great hunting birds and in the centre of the front short wall an oak door led into an aisled room with a raised central hearth. Upstairs, Earl Godwin had his private rooms, an antechamber and through a doorway hung with a curtain of crimson and blue tapestry, his own bedchamber. Here he had two windows of glass, like those in the old minsters, set into deep oak frames; so you see, his wealth was great and he was not shy of showing it.’
The Handfasted Wife by Carol McGrath, published by Accent Press.

In The Handfasted Wife, Edith Swan-Neck (Elditha), King Harold’s wife, takes control of this decaying estate and restores it to its earlier glory. It would not be right here to give the spoiler, what happened to Reredfelle in 1066. I like to think of it as a successful and busy place, just as I have imagined it early in the story:

A wide track meandered past the woman’s bower, a kitchen, stores and barns to a three-barred gate set into a palisade which protected the hall, its outer buildings, herb gardens, dovecote and a Chapel to our Lady. The same track curved from the gate, through parkland loved by huntsmen, and disappeared into the encroaching forest beyond. There was however a secret way in and out of Reredfelle. A small latched door was set into the orchard wall, concealed by fruit trees, which were shaped to arch over and conceal it… 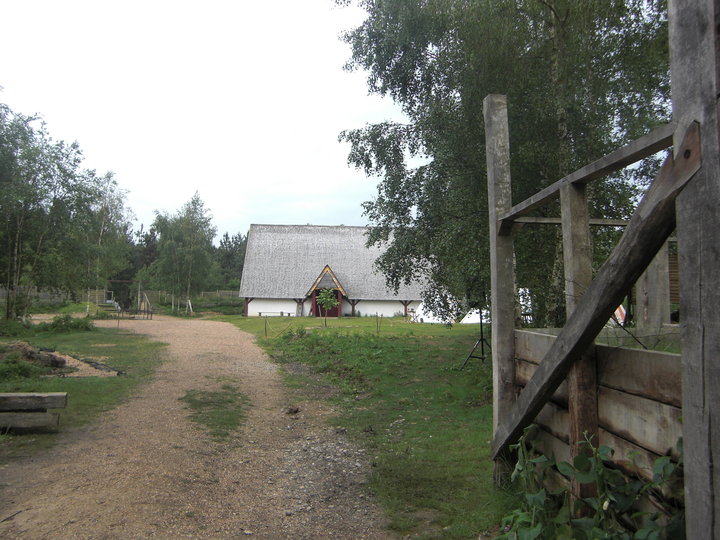 You can actually read a little more by opening up the book on Amazon where a sample is available. As a writer, I considered it important to set up this estate in a lyrical way so that the reader could visualise the exciting and horrific events that occur at Reredfelle later in the novel, and care about its survival, and about Edith Swan-Neck’s fate as described in the novel. 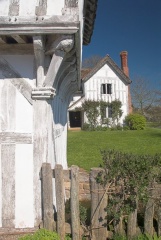 Wood was the predominant building material for domestic and secular buildings. High status late Anglo-Saxon buildings may have been very ornate as can be seen on The Bayeux Tapestry. I wanted Reredfelle to feel both authentic and romantic. 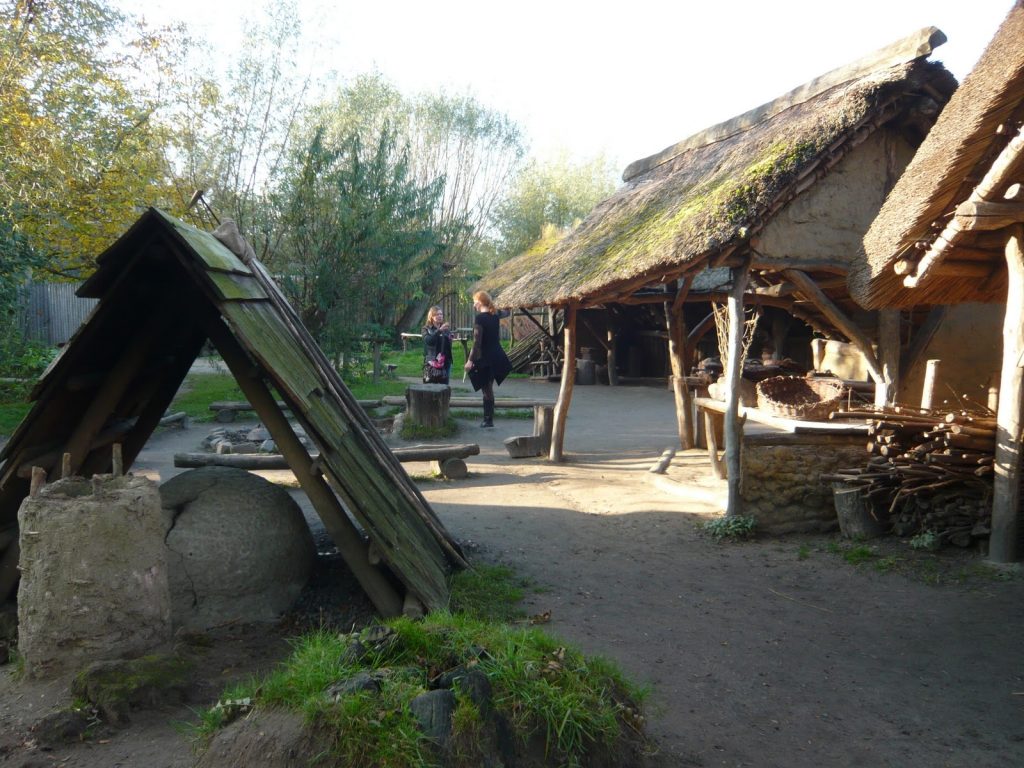 After the Norman Conquest of England, King William set about the task of working out what his new kingdom was worth, how much he could extract in taxes. To this end he instigated a survey of his domain. ‘He sent men all over England and into every shire….what or how much everybody who was occupying land in England in land or cattle, and how much money it was worth.’
The Anglo-Saxon Chronicles, 1085.

The Domesday survey is a treasure for writers of historical fiction as it allows us to take information and reshape it into the fabric of an historical novel set during this period.

The Handfasted Wife by Carol McGrath is available on all e readers and as a paperback, published by Accent Press, May 2013.