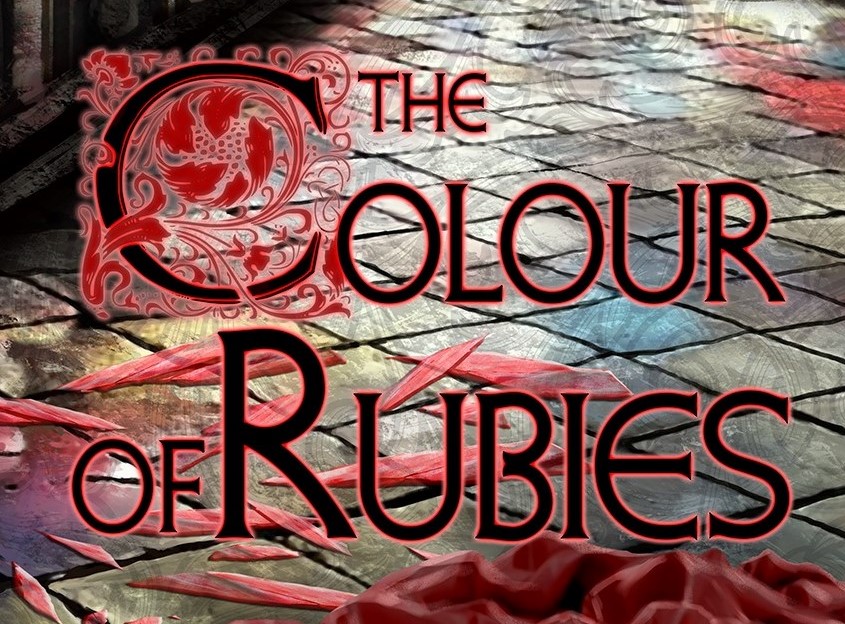 I am honoured to participate in the Promotion Tour for The Colour Of Rubies by Toni Mount. Toni is a superb medievalist writing both fiction and non fiction. 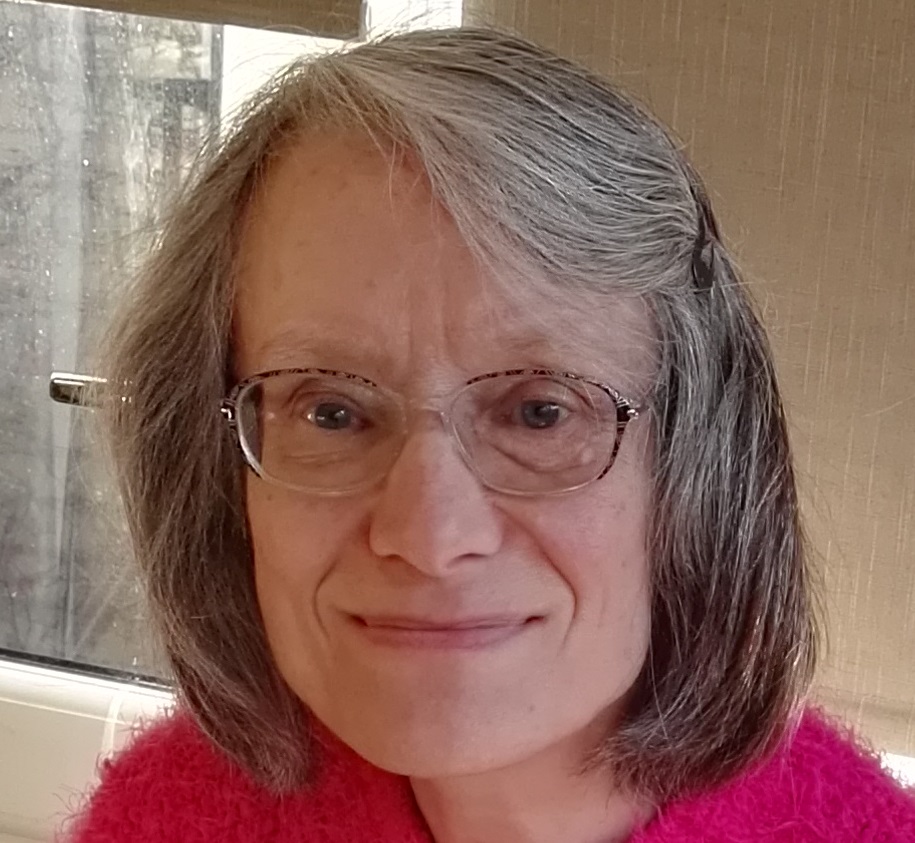 Toni Mount is the author of several successful non-fiction books including How to Survive in Medieval England and the number one best-seller, Everyday Life in Medieval London. Her speciality is the lives of ordinary people in the Middle Ages and her enthusiastic understanding of the period allows her to create accurate, atmospheric settings and realistic characters for her medieval mysteries. Her main character, Sebastian Foxley is a humble but talented medieval artist and was created as a project as part of her university diploma in creative writing. Toni earned her history BA from The Open University and her Master’s Degree from the University of Kent by completing original research into a unique 15th century medical manuscript.

Toni writes regularly for both The Richard III Society and The Tudor Society and is a major contributor to MedievalCourses.com.  As well as writing, Toni teaches history to adults, and is a popular speaker to groups and societies.

I love her characters especially Sebastian Foxley who is a scrivener at a time during the fifteenth century printing is beginning to make an appearance. Edward IV is on the throne of England and Sebastian simply cannot help getting involved in mysteries and solving them. The Colour of Rubies takes Sebastian into the warren of Westminster Palace itself and to the King’s Scriptorium where letters are copied and filed. Her writing is exceptionally atmospheric and page turning. I highly recommend The Colour of Rubies so read on…

THE COLOUR OF RUBIES

Murder lurks at the heart of the royal court in the rabbit warren of the Palace of Westminster. The year is 1480. Treason is afoot amongst the squalid grandeur and opulent filth of this medieval world of contrasts. Even the Office of the King’s Secretary hides a dangerous secret.

Meeting with lords and lackeys, clerks, courtiers and the mighty King Edward himself, can Seb Foxley decipher the encoded messages and name the spy?

Will Seb be able to prevent the murder of the most important heir in England?

All will be revealed as we join Seb Foxley and his abrasive brother Jude in the latest intriguing adventure amid the sordid shadows of fifteenth-century London.

Now enjoy a short excerpt from The Colour of Rubies:

The Palace of Westminster

By listening at doors, lurking in dark corners and hiding behind faded tapestries, the espier had learned much to his master’s advantage. He was now alone in the clerks’ dormitory, foregoing a decent dinner to compose the letter. His hands were cramped with cold, no fire being lit in the hearth until the day’s work was done. He kept stirring the ink to prevent it freezing. In the guise of a complaint about the English weather and the foolishness of the people with whom he had to live and work, whilst longing to see home, the intelligencer encoded his secret information for his master, Ludovico Sforza, Regent of Milan.

It was complicated to explain. Not that the use of Italian was a problem, being his native tongue, nor even the use of a cipher. The difficulty was the convoluted politics of kings, princes and dukes – how to explain the situation. Milan had had its eye on the Principality of Piedmont for years, lying as it did in a strategic position between France and the Italian City State. But Louis of France had similar intentions for Piedmont. The King of France was ever a thorn in Milan’s side, thwarting any possibility of expansion.

But now King Edward had in mind a plan that would play well into Milan’s aspirations – not that the stupid, bellicose English monarch would realise it. The espier had overheard a Privy Council meeting yesterday and learned this juicy morsel of intelligence. In his message, he revealed that King Edward was grown tired of his troublesome neighbour, the King of Scots and, since the treaty signed with them at York ten years before had now expired, he was determined to make war upon Scotland during this coming summer of 1480. By the terms of some Old Alliance, apparently, such action would require Louis of France to come to the aid of his Scots allies, distracting his attention to the northern end of his kingdom, far away from Piedmont. The espier did not dare to presume to tell his master that this would be the perfect opportunity to march the Milanese forces into Piedmont but Ludovico Sforza was an intelligent man: he would understand.

Having made a fair copy of his draft, the intelligencer signed it: per mano dello Scudiero del Rubino ; ‘by the hand of the Esquire of the Ruby’, folded and sealed it. He would now deliver it to the courier in Lombard Street, in the City of London. As for the original draft copy, he tossed the paper into the hearth as kindling for the fire when it was lit, later.

The servant came to prepare the clerks’ dormitory for the evening. His first task was to get the fire going, to warm the large chamber. But what was this? It looked to be a letter lying in the hearth. One of the clerks had been careless indeed. The servant could not read, so the words meant naught to him but he was a conscientious soul. He would give it to the Chief Clerk, whom he knew by sight. That should solve the problem. He would know what to do with the letter. 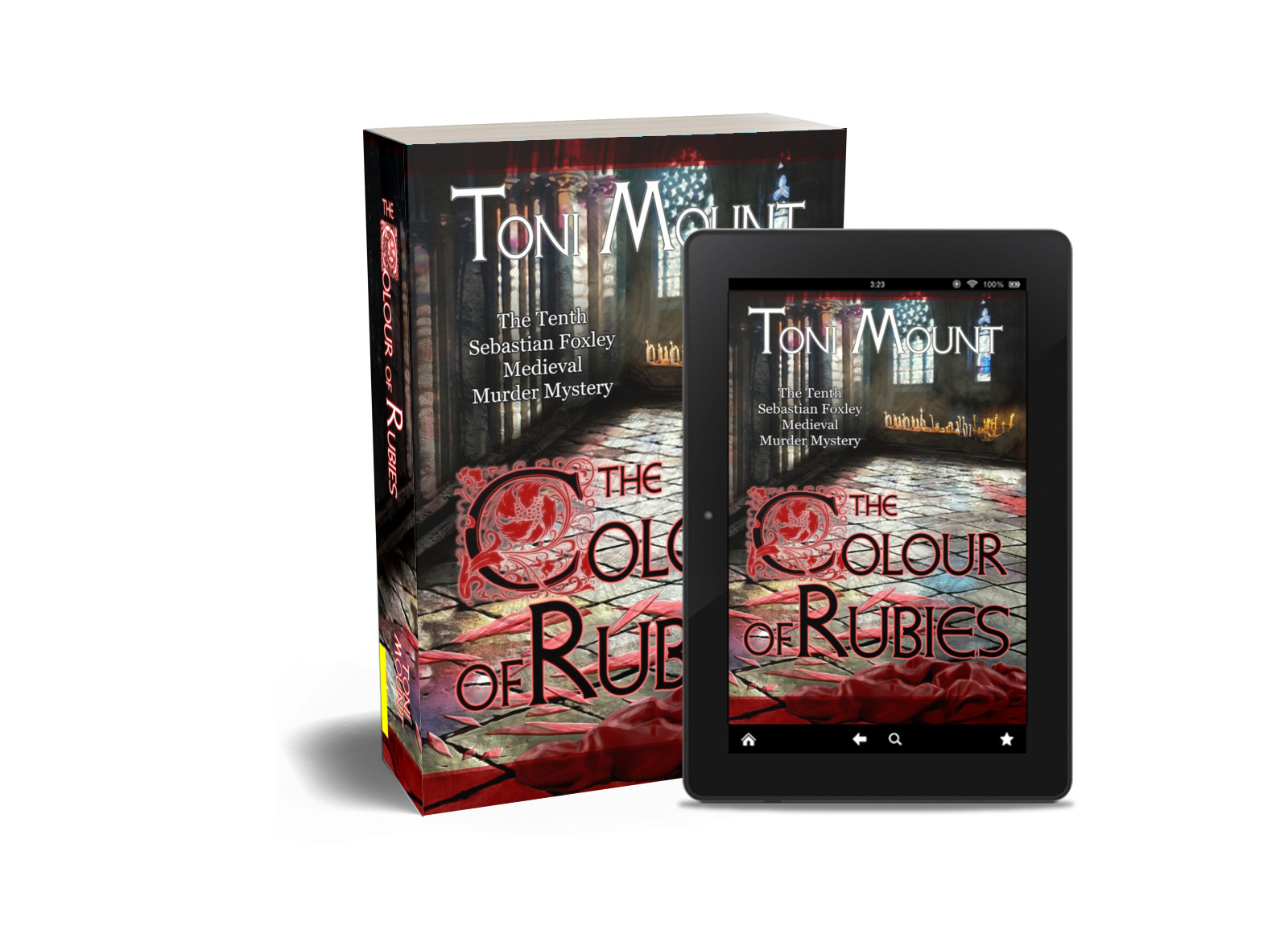 Praise for Toni Mount’s The Colour of Rubies

Tony Riches, author of The Tudor Trilogy “An evocative masterclass in storytelling.”

Carol McGrath, author of the She-wolves trilogy “I was utterly transported – It’s superb”. “What a plot. What characters. Perfect pitch”.

“I loved the relationship between Seb and Jude”.

“The Colour of Rubies is a totally immersive experience as richly stitched as one of King Edward IV’s gorgeous tapestries. This cleverly plotted novel with its twists and turns will keep a reader page turning late into the night until the book’s final scenes. Sebastian and Jude are wonderfully realised personalities with similar emotions, concerns, fears and hopes we have have today. Their medieval London felt real and intriguing to me with unexpected dangers lurking in alleyways. I felt as if I was walking in Sebastian’s footsteps. With this thrilling novel Toni Mount has shown herself a master of medieval suspense. More please”.

Tracy Borman, historian and broadcaster “An atmospheric and compelling thriller that takes the reader to the dark heart of medieval London.”

Matthew Lewis author of Richard III Loyalty Binds Me “Toni Mount continues to delight with the superbly crafted Seb Foxley mysteries. Impeccable research and sculpted characters combine with an engaging narrative to create another irresistible story. This series goes from strength to strength, and I’m already looking forward to the next instalment”

J.P. Reedman, author of the I, RICHARD PLANTAGENET series: “Sebastian Foxley is the Cadfael of the 15th century”.

“If you love CJ Sansom’s Matthew Shardlake (and I do) you will love Toni’s Sebastian Foxley”.

“From learning how a 15th century scrivener created illuminated manuscripts to venturing within the dank tunnels beneath the Tower of London, Toni is an artist who completely immerses the reader in another time and place and always leaves one eager for the next book.”

Stephanie Churchill, author of historical fiction and epic fantasy “Leave it to Seb to unravel another international spiderweb of intrigue, betrayal, murder, and deceit. Our flawed, loveable hero has done it again. And at the end of it all, his future is looking brighter than ever. I cannot wait to find out what happens to him next!”

Sharon Bennet Connoly, author and medieval historian “A beautifully crafted mystery that brings the dark, dangerous streets of medieval London to life. Toni Mount is a magician with words, weaving a captivating story in wonderful prose. The Colour of Evil is, to put it simply, a pleasure to read.”

Rosalie Gilbert, medieval historian and author “The author’s knowledge of medieval history shines through the narrative in the small details which enhance the story woven into it. The details about the inside workings of medieval trade practices lent themselves perfectly for a background to murder and deceit”.

“Recommended for lovers of historic fiction.”

Joanne R Larner author of Richard Liveth Yet trilogy: “I always look forward to a new ‘Colour of…’ book. I can’t wait to see what escapades Seb Foxley and his brother, Jude, get up to next. They, and all the characters, are endearing and colourful. The books are always well written, conjuring 15th century London into the reader’s mind and the plots are excellent!’

Mel Starr bestselling author of the Hugh de Singleton chronicles: “If I believed in reincarnation I would be willing to think that Toni Mount lived a previous life in 15th century London.  The scents, the sights, the tastes of the late Middle Ages are superbly rendered.”

You can find out all about Toni and her books at    https://sites.google.com/view/tonimount/my-books?authuser=0

I hope you have enjoyed reading the extract from The Colour of Rubies and meeting Toni. Importantly, I hope you discover her fabulous novels.