The Handfasted Wife, a novel about Edith Swan-Neck, common-law wife and beloved of Harold Godwinson, opens at Westminster during Christmas 1065. Elditha rides in on her mare Eglantine surrounded by a guard and with her two younger children following in a covered cart. Harold arrives at Thorney Island on a long shaped boat, the Wessex dragon flying at the mast. So, what did this noble 11th C family look like, what, for instance, was their hair fashion or head gear? How did they turn out for King Edward’s winter crowning and Christmas feast? 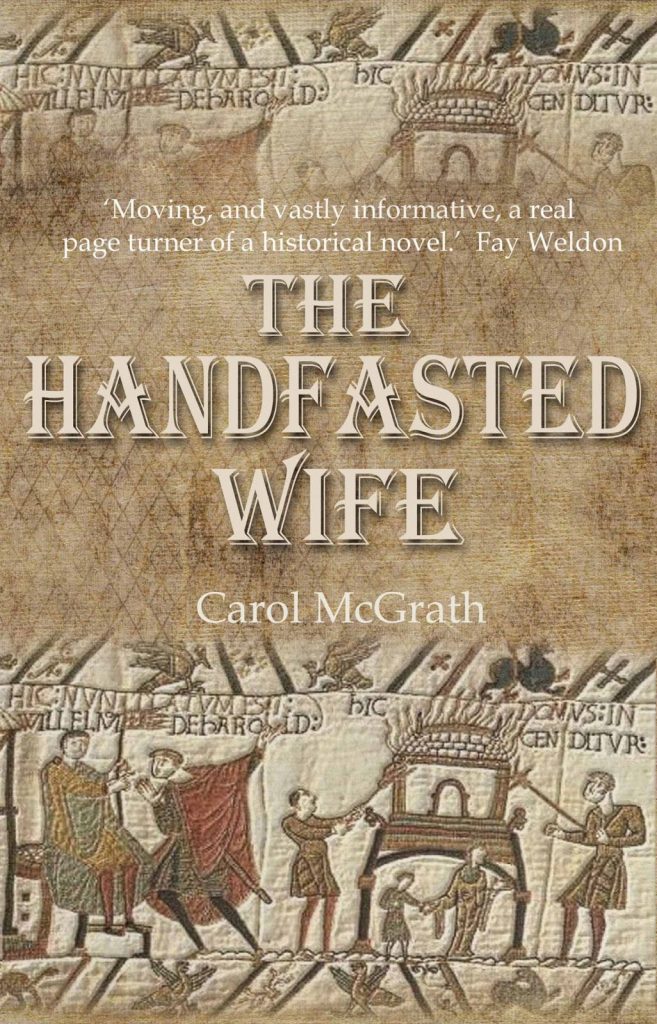 Your age in Anglo-Saxon England, your position in society, your marital status and even if you had been found guilty of criminal behaviour could be detected by your size, bodily afflictions, hairstyle, clothing and jewellery. Male hairstyles were linked to social status. One of the most heated debates in the early Anglo-Saxon Church revolved around hairstyles, For example, should churchmen be tonsured at the front in Celtic style or as in Roman fashion on the crown? 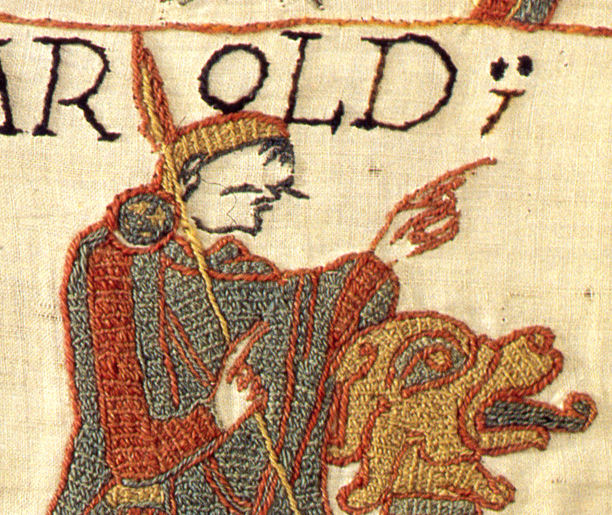 The Bayeux Tapestry shows King Harold and his followers with long flowing locks and wearing thin moustaches, while William and his men had their hair short, and shaved at the back. Moustaches may have been associated with warrior status. Leofgar, Harold’s mass priest in his priesthood kept his moustaches until he became a bishop. It was considered an insult to cut a man’s hair and spoil his appearance. In the poem The Carmen, written in 1068 about the Battle of Hastings, the Norman poet is disparaging about the English warriors referring to them in Frank Barlow’s translation as ‘nancy boys’ and in other translations as ‘effeminate.’ Interestingly, high status English men treasured their combs! 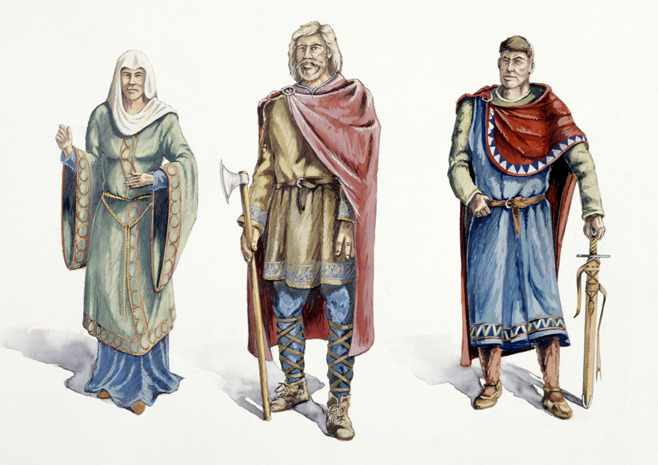 Women wore headdresses to cover the head and neck. Young girls wore their hair long and loose over their shoulders with a band to keep it from becoming unruly. This was the fillet. In the privacy of their homes all women may have worn their hair this way, loose or plaited, up or down with a fillet to keep it neat. The head cloth concealed head, neck and shoulders. There is some variation in the way the headdress is depicted by Anglo-Saxon artists. Some females wore very loose headdresses with many folds; others have a close fitting version. Sometimes they wore embroidered, possibly jewelled headdresses, or maybe with a simple ornament at the forehead. 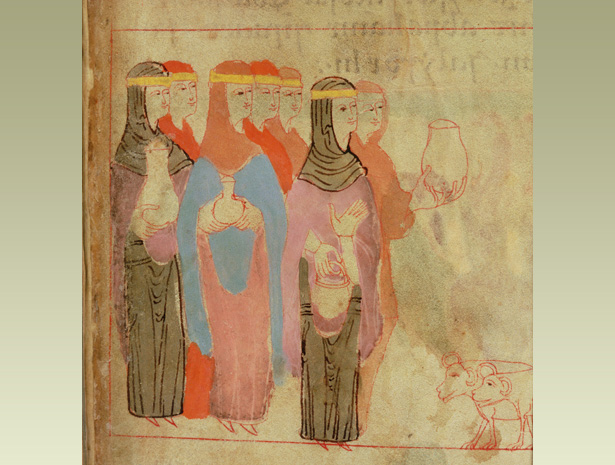 The wimple is a typical headdress, a little like the head covering nuns may still wear today. The cuffia is where the word coif originates. It is a hood and often was of value and was referred to in women’s wills. Generally the fillet was worn in conjunction with a headdress of fabric rather than by itself. It might be a decorated band across the forehead with two streamers ending in expensive decorated tags. Sometimes these bands were made of solid metal such as silver or even gold. A woman might wear a cap under her hood. Also she might wear a scarf or a veil arranged in various ways, even turban-style. A scarf might be arranged around a round or stove-pipe shaped hat too.

Women’s hair is hidden in depictions in Anglo-Saxon art with only a suggestion at the forehead. There are depictions of the Virgin with a plait or firm mound of hair on which to pin the wimple, hood or veil. Pins appear in glossaries. feax-preon or haer-naedle, hairpin and hair-needle. A frawing-spinel was a pin for curling the hair. 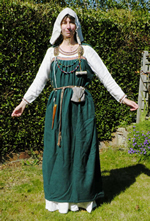 I had a great deal of fun writing about appearance in The Handfasted Wife, working many of these ideas subtly into the story. It all helped me to create the sense of falling into the early medieval past, recreating a faithful older world. If you read this novel I hope you enjoy the little details that are worked into the historical adventure and most of all I hope you enjoy the thrilling journey with my heroine, Elditha, Edith Swan-Neck.

It is available also from Accent Press’s own online bookshop as a paperback as well as from Amazon. It is for all e readers too. If you read it look for Harold’s amber sword decoration as large as a goose egg and his belt, a gift from Edith Swan-Neck.