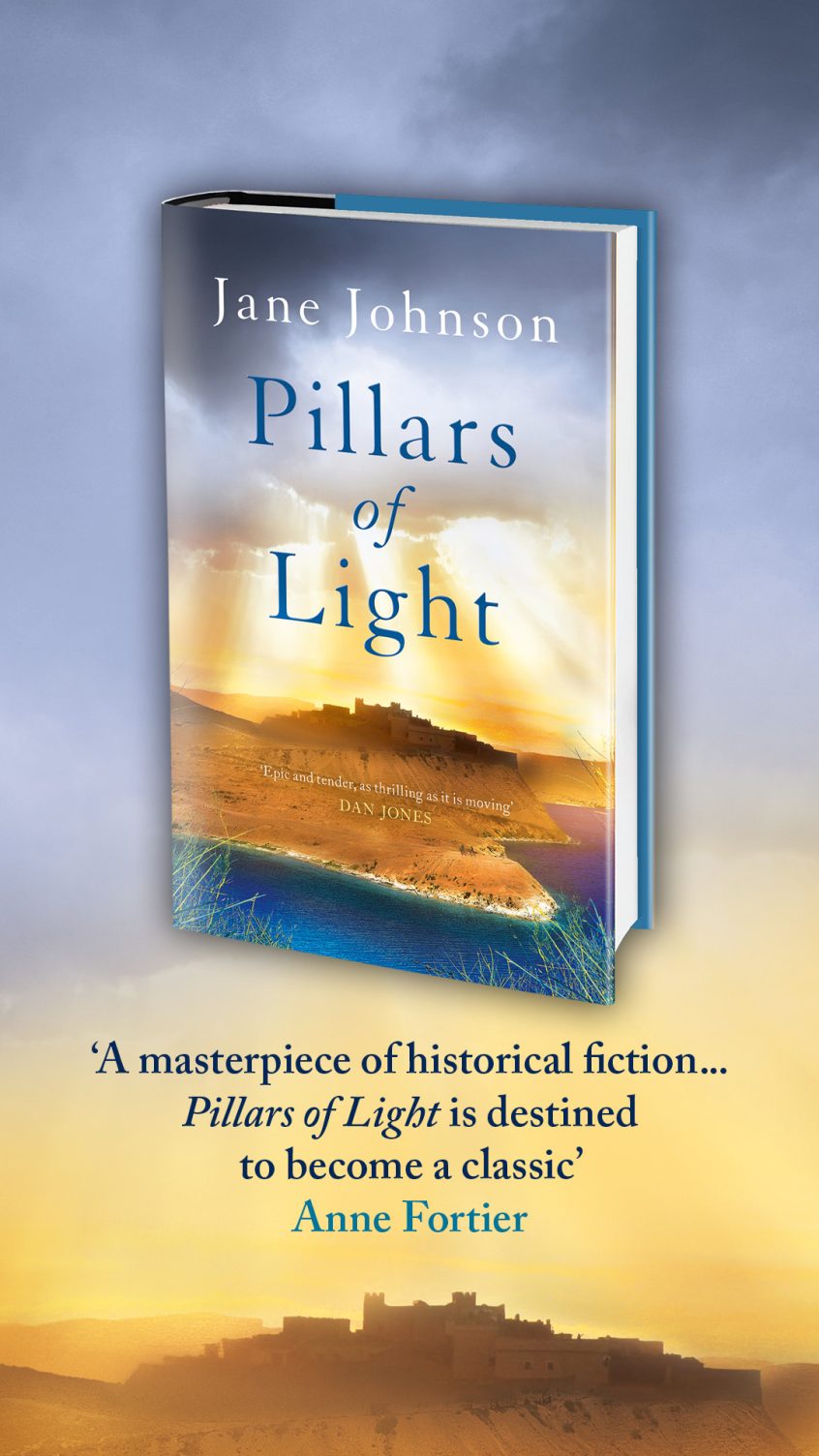 Today I welcome Jane Johnson to The Writer’s Hub. Jane is a fabulous writer and her book set during the Crusades is well worth reading. It was published in PB this week so do take a look. First, a little about Jane. She is one of the most interesting and experienced writers I know. 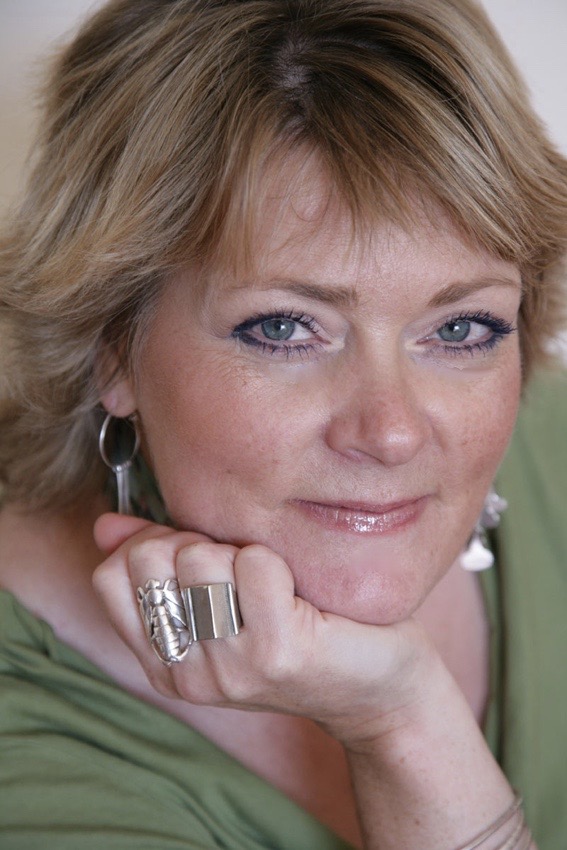 Jane Johnson is from Cornwall and has worked in the book industry for 30 years as a bookseller, publisher and writer.

For many years she was responsible for publishing the works of JRR Tolkien, and later worked on Peter Jackson’s Lord of the Rings movie trilogy, spending many months in New Zealand with cast and crew (she wrote the official visual companions to the films). The authors she publishes include George RR Martin (creator of A Game of Thrones), Dean Koontz, Robin Hobb, Stuart MacBride, Mark Lawrence, Raymond E Feist and SK Tremayne.

While she was in Morocco in 2005 to research The Tenth Gift she met her soon-to-be husband Abdellatif, a Berber tribesman from a village in the Anti-Atlas Mountains. Returning home, she gave up her office job in London, sold her flat and shipped the contents to Morocco and they were married later that year. They now split their time between Cornwall and Morocco, and Jane still works remotely as a Fiction Publishing Director for HarperCollins. 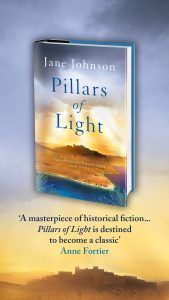 Does writing energise or exhaust you. How do you wind down?

Ooh good question. I suppose there are so many aspects to the process of writing, from thinking and planning and dreaming, to noodling around in a notebook, to typing up your longhand draft, to honing and editing the text. Each of those generates a different feeling, depending on where you are in the process and how it’s going. My favourite sensation is when my brain slips into the theta wave zone, a sort of meditative state that is still very creative and focused. I often write outside near the sea and let the sound of the waves soothe me. I still work 4 days a week as a publisher, so I am hyped up and super-alert – it can be hard switching between that state and getting into my own writing space.

What research (briefly) did you find most helpful for the writing of Pillars of Light?

There are some wonderful sources for the Muslim accounts of what we call the Third Crusade, some of them untranslated: my husband Abdel is a fluent Arabic speaker and helped with some of those. The theory about the ogival arch making the Gothic possible is very recent and hadn’t made it as far as most books, so I relied on university papers and articles for Aramco. I read architectural texts and French sources and some wonderful Syrian and Middle-eastern writers.

To what extent did you plan out this book before you wrote it?

Well, obviously there’s a vast amount of well-documented historical fact underpinning the whole novel and I’ve tried hard to honour my sources: but at some point you have to ditch your research and write from the heart. There’s a mystical aspect to PILLARS OF LIGHT that could never have been planned, but which weaves a golden thread through the whole book . And when characters come to life they make their own way, sometimes heading off in completely different directions to those you’d planned. In the end, the research provides a schema and a background, but your characters are your cast on the stage, acting out a story that needs to excite and intrigue your audience.

What do you think are common traps for aspiring writer especially regarding Historical Fiction?

Letting your research show too much, without a doubt. There’s a juggling act to be done between ensuring you’re accurate and true to your sources and dumping information in front of the reader. It must be said, that when I’m reading and come upon a clear historical error, though, I lose trust in the author and sometimes stop reading.

How important is working with your editor, particularly given that you are an editor as well as a writer? Do you have beta readers ?

Editors are always important; but they come to the text when it is – in my case – ‘finished’ – in that it is written in largely the form in which it will be published. That’s not to say that extra scenes won’t be added or subtracted, that the writing won’t be further honed: and it’s important for writers to realise they’ve been buried face down in their work for (in my case) years, so have have someone else’s clearer perspective on the manuscript as a work of fiction is invaluable for balance and pacing and sense. I don’t have beta readers as such, but I do have a few readers who will read the final draft and feed back, so I can balance their views with those of my editors.

What did you edit out of Pillars of Light ?

Because I’m still working as a publishing director for Harper Collins, my writing gets squeezed into weekends, which can be tough when you’re trying to hold a vast project in your head. PILLARS took a lot of research and – on and off – took nearly 5 years to write.

How do you select names for your characters?

Oof. Sometimes they just pop into my head – John Savage, Enoch Pilchard – others I will trawl for through the chronicles of the time and try them out on the tongue. Sometimes I will change a character’s name halfway through a book because it just doesn’t suit them.

What was the hardest scene to write for Pillars of Light?

Without doubt the atrocity carried out by Richard ‘the Lionheart’. And the hardships hitting the population of Akka (Acre) as the siege bites. As I was refining the second draft, the appalling sieges on Aleppo and Homs were taking place in Assad’s Syrian war. Some of those scenes had me weeping as I wrote, it felt so raw,

Which scene is your favourite?

Two near the end that I can’t talk about without spoiling the story. But I am particularly attached to the theft of the Nail of Treves, a supposed nail from Christ’s cross being venerated as a religious relic. Two of my characters steal it, well, one does and the other gatecrashes, and an extraordinary moment passes between them – tender and tenuous, full of possibility. There’s a sense of something beyond the ordinary, but also of forbidden love. I enjoyed navigating that scene: it was like tiptoeing across a spiderweb without triggering the spider.

If you had a mascot or spirit animal or creature what would it be?

A hare. I’ve always loved them: they’re wild and magnificent, and fast and brave, and nothing like rabbits, instead being related to horses. They have the most wonderful eyes. I love the freight of mythology and symbolism that comes with them too, and that’s why my next published novel will be THE WHITE HARE.

What is your current or next project ?

Something very different to PILLARS – the polar opposite of the vast scope of a novel that ranges from Cornwall to the Holy Land, with a huge cast of characters; this one is set in Cornwall in 1954 and is very deliberately claustrophobic, in that it’s set in the confines of a remote, uncanny valley that may be haunted by a presence. It’s called THE WHITE HARE, because we have a lot of hare myths down here in my native Cornwall, and deep Celtic history informs the landscape and the people down here. Three women – well, two women and a child – come down to Penwith having bought a derelict property at auction, with plans to restore it as a guesthouse; they’re escaping scandal in London, but will find that Cornwall isn’t innocent either.