Swans feature as an image in both The Handfasted Wife and in The Swan-Daughter, novels set at the time of The Norman Conquest of the eleventh century. Edith Swan-Neck, the protagonist of The Handfasted Wife allegedly possessed an elegant swan-like neck and white skin. This was considered a sign of great beauty during this period. Her daughter Gunnhild, the heroine of The Swan-Daughter which is connected to The Handfasted Wife (though a stand alone novel) resembles her mother. She is often referred to as Swan-Neck’s daughter. Gunnhild was the youngest daughter of Harold II, who was defeated at Senlac Hill by Norman Duke William.

Her fictionalized story is an Anglo-Norman elopement, a love triangle: one that is documented in letters between Gunnhild and Archbishop Anselm, circa 1090, and in The Ecclesiastical History of Oderic Vitalis, 12thC.

During the medieval period, swans had special significance. Illustrations of swans grace the pages of bestiaries: collections of medieval creatures with primary text explanations of their significance. The swan’s Latin name is Olor. The swan has a harmonious voice and sweet song. These bestiaries tell us that swans sing most sweetly before they die. The swan is attracted by the zither or the harp and will sing along when one is played. A swan’s long neck makes the song more pleasant because its voice is struggling to get out through the long winding way. This causes it to emit various notes. Isidore of Seville also tells us that the swan is a good omen especially for sailors as she only touches the sea, then rises to seek air and land.

There are many romantic associations with swans:

‘When a swan is in love he seeketh the female and pleaseth her with beclipping of the neck, and drawing her to himward; and he joineth the neck to the female’s neck, as if it were binding their necks together.’ 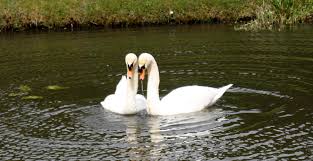 One of the beautiful pieces of music from the Middle Ages is the Swan-Sequence. This is an anonymous Carolingian-Aquitanian Latin sequence, first recorded around 850. Its melody was popular for centuries. Sometimes it is called The Swan’s Lament which I find poignant and which explains how it was used in the Church year. It was, for instance, used for Sunday services in Limoges and Winchester during the 10th C. During the 11th C it was a common melody for liturgical texts for the Feast of the Holy Innocents. By the 12thC it was a common setting for Whitsun sequences in Southern France. The Swan-Sequence shares characteristics with the lai. In this it differs from the Gregorian Chant.

The Swan-Sequence may have been viewed as an allegory for ‘The Fall of Man’. Avian imagery was used for the wandering searching mind or soul and is evident in the Old English poems The Wanderer and The Seafarer. Its last manuscript appearance is in a Norman manuscript dating from circa 1100.

In The Swan-Sequence the swan has left the lush land and is trapped on the ocean amongst terrible waves, unable to fly away. She longs for fish but cannot catch them. She looks up towards Orion and prays for light to replace darkness. When dawn finally comes, she rises to the stars and flies to land. All the birds rejoice and sing a doxology, a short hymn of praise to God. 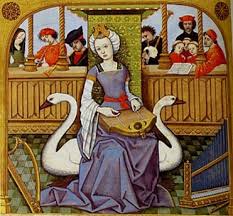 The swan image is therefore truly appropriate for my new historical novel, The Swan-Daughter. In war and conquest we see man’s fall at it most vicious. After the Norman Conquest there was eventually, an amalgamation of English language, laws and culture with Norman culture and laws. The noble women in my novels, the shadows in the corner, remind me of the swan’s prayer for light to replace darkness. They had longings and aspirations and most of all they desired a place of safety, a secure land. 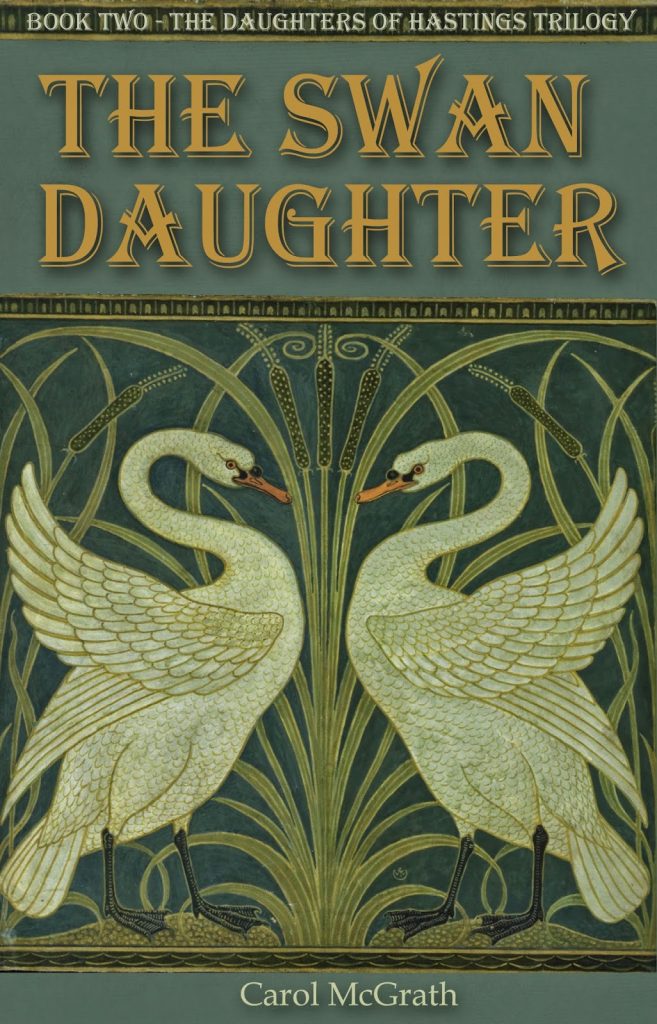 The Handfasted Wife, published by Accent Press, 2013, in paperback and for all e readers