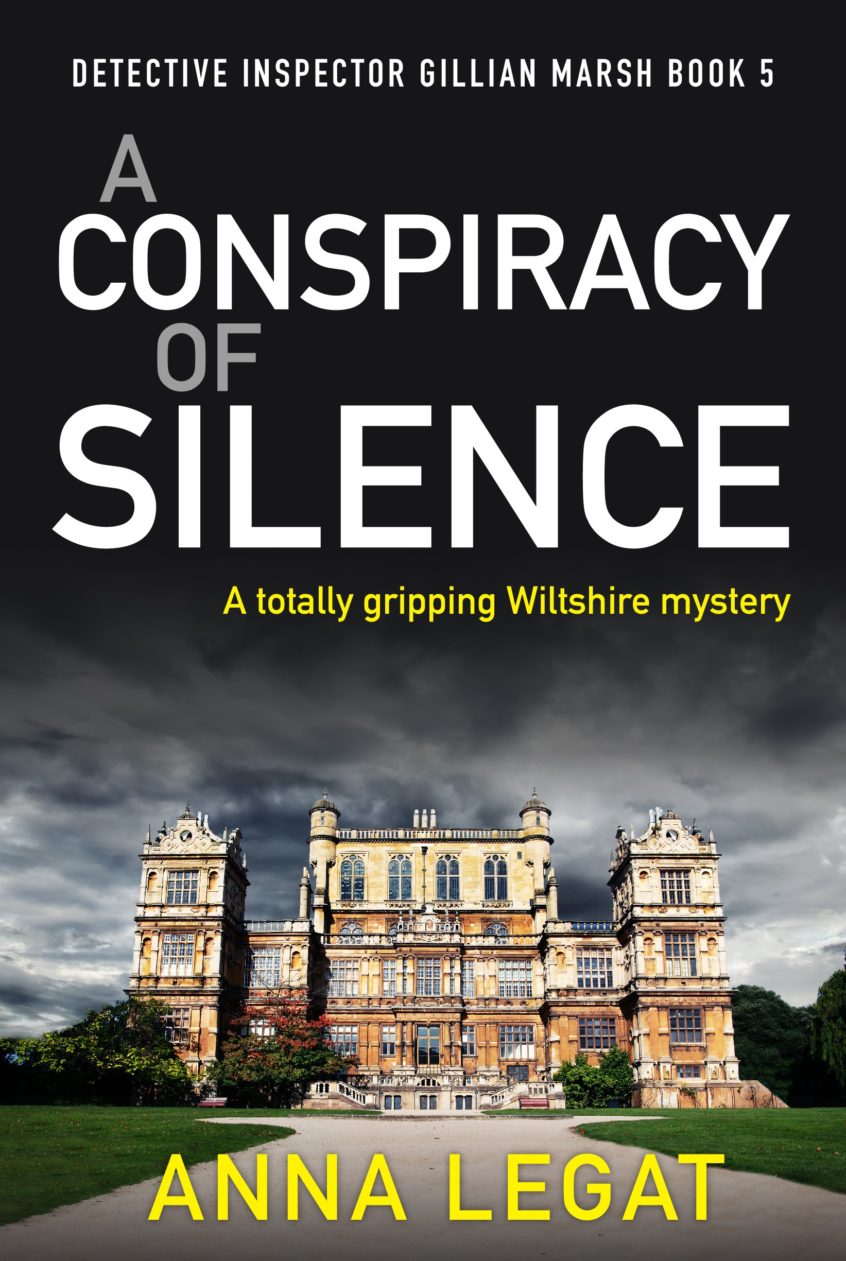 Today, I welcome Anna Legat to The Writers’ Hub. We have an exclusive on the cover reveal for her new book. I absolutely loved Swimming With Sharks, first in this series and am sure this will be another page-turner. Anna tells us about her writing process and introduces us to A Conspiracy of Silence, fifth in this superb series. I am going over to amazon to pre-order this book today.

ALL THAT LEG WORK – THE ORIGINS OF “A CONSPIRACY OF SILENCE”

A famous novelist once said that he wasn’t in the business of making things up. Writing fiction is indeed about finding out rather than making up. Fiction writers are passionate researchers. We read up, study, explore, observe and deploy our own life experiences. We often come across as idle because of the amount of introspection and analysing we have to do before we actively put pen to paper and start writing. My daughter calls me lazy because I spend my days “doing nothing”. Sitting down or pacing the length of my kitchen without actually cooking anything doesn’t count as being busy, apparently. What she doesn’t know is that I’m in fact working my socks off – I am thinking, remembering, reflecting, re-living, contemplating and concocting… there are hundreds of active verbs to describe what I am up to. It may take time but I can’t start writing until I’ve uncovered something buried in my head that is worth re-telling: a concept. And a concept won’t come from thin air. It comes from knowing things.

Crime writing isn’t different in that respect to historical fiction. It too requires a good dose of authenticity. If the crime or the motive, or the method are outlandishly improbable then the reader won’t believe us, if they don’t believe us, they won’t read our books.

A Conspiracy of Silence, my fifth murder case for DI Gillian Marsh to solve, is based on my observations of young people as a teacher. I discovered how pliable and absorbent young minds can be, and how indiscriminate. Without real-life experiences of their own, they will take your word for something, and for what makes it right, or wrong, as the case may be. They can be easily manipulated, especially if they are made to believe in a cause. They are idealists and ardent cause extollers. But there are all sorts of causes out there: some are truly noble; others only pretend to be. That’s where the concept for A Conspiracy of Silence came from, and the rest of it is totally fictional. Any similarities to persons, dead or alive, is purely coincidental.

A Conspiracy of Silence (Headline Accent) can be pre-ordered now: https://www.amazon.co.uk/Conspiracy-Silence-Gillian-Marsh-Mysteries-ebook/dp/B0855LR6J5/ref=sr_1_2?dchild=1&keywords=sandman+anna+legat&qid=1589281050&sr=8-2 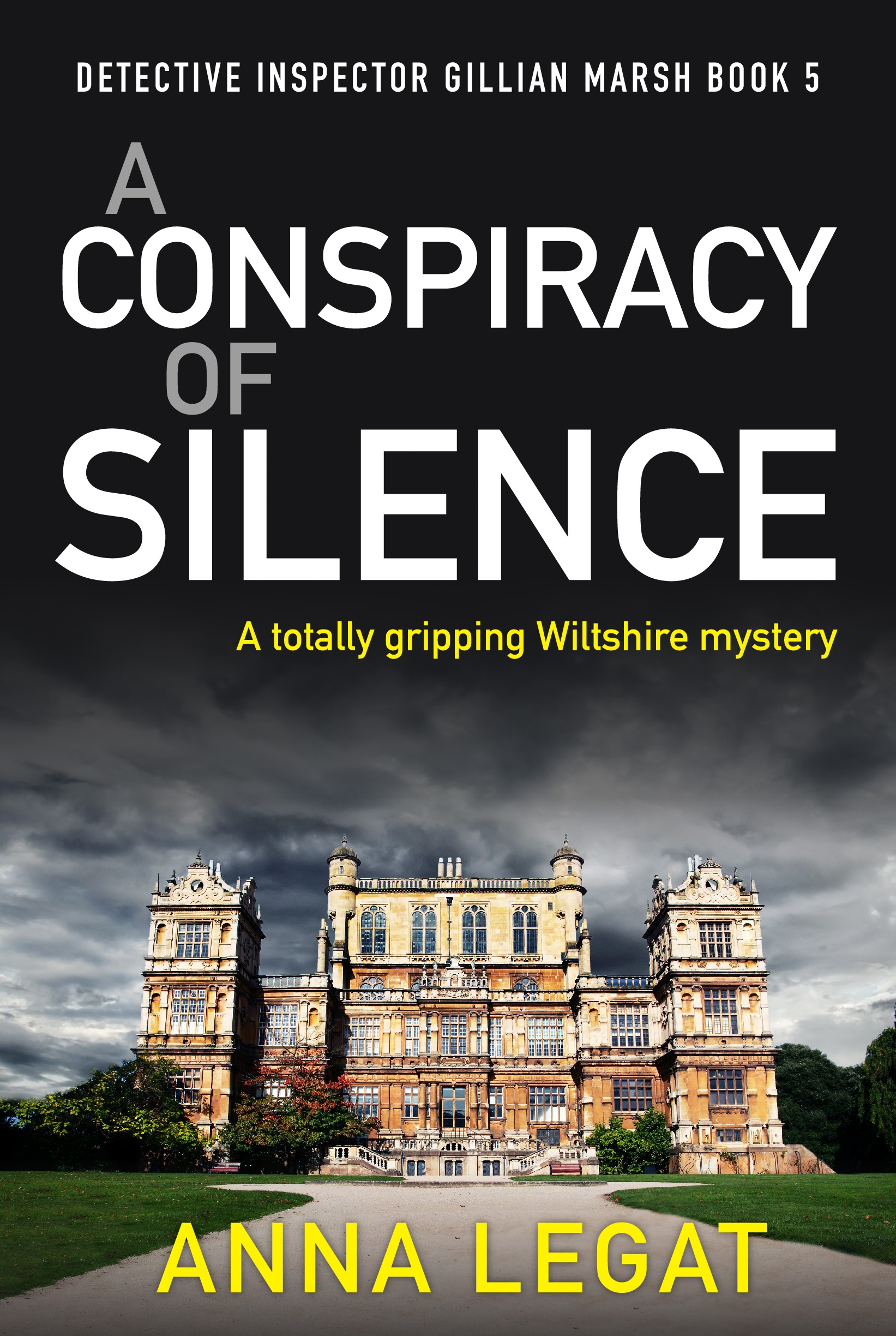 A Conspiracy of Silence

When a body is found in the grounds of a prestigious Wiltshire private school, DI Gillian Marsh takes on the case. The young groundsman, Bradley Watson, has been shot dead, pierced through the heart with an arrow.

As the investigation gathers pace, DI Marsh is frustrated to find the Whalehurst staff and students united in silence. This scandal must not taint their reputation. But when Gillian discovers pictures of missing Whalehurst pupil, fifteen-year-old Rachel Snyder, on Bradley’s dead body – photos taken on the night she disappeared, and he was murdered – the link between the two is undeniable.

But what is Whalehurst refusing to reveal? And does Gillian have what it takes to bring about justice?

What readers are saying about Anna Legat:

‘Brilliant. I didn’t want to put it down!‘

‘Plenty of twists and turns’

‘I thoroughly enjoyed this book, reading it cover to cover in a weekend’

‘I shall look out for more from Ms Legat’

Anna Legat is a Wiltshire-based author, best known for her DI Gillian Marsh murder mystery series. A globe-trotter and Jack-of-all-trades, Anna has been an attorney, legal adviser, a silver-service waitress, a school teacher and a librarian. She read law at the University of South Africa and Warsaw University, then gained teaching qualifications in New Zealand. She has lived in far-flung places all over the world where she delighted in people-watching and collecting precious life experiences for her stories. Anna writes, reads, lives and breathes books and can no longer tell the difference between fact and fiction.