The early medieval climate from circa the ninth century until the Norman Conquest was mild enough to allow the cultivation of vines in Hampshire. Bede remarks ‘the land is rich in crops and trees, and has good pasturage for cattle and beasts of burden. It also produces vines in certain districts, and has plenty of both land-and waterfowl of various kinds. It is remarkable too for its rivers, which abound in fish, in particular salmon and eels, and for copious springs…’

The ingredients and possible location for a picnic are present in this tiny extract. Imagination and research fills in the gaps. 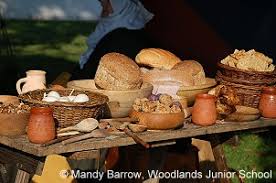 This is easy to discover by skimming through the Domesday Book. There I found the Godwin Estate of Reredfelle which straddled the counties of Kent and Sussex. It had parkland and woods and small rivers. It is lost to us now and there is no trace of it.

The ladies ride out into the woods on Lammas Day, 1st August, to enjoy a picnic. Later, there will be feasting in the Saxon Hall.

The first wicker basket contains a flagon of Rhenish wine, a little sweet alcoholic mead, ale and beer derived from fermented fruits. In Aelfric’s Colloquy it is written ‘What do you drink?’ the novice monk is asked ‘Ale, if I have it, otherwise water if I don’t have ale.’ He tells us that wine is drunk by adults and wise ones and never by children and foolish people. 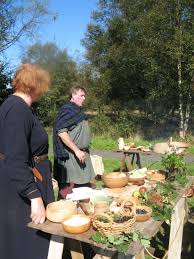 The next basket contains bread, cakes and pastries. The Anglo-Saxons grew less wheat than their predecessors in Roman times had done and more of the barley which they had raised in their continental homelands. They grew maslin which was a mixture of wheat and rye. It acted as an insurance against the failure of wheat in a bad season. It became known as monk-corn. The Vitruvian water mill with its undershot wheel was in use before the eighth century ( one was mentioned in a Kent charter in AD 762). The Bread Oven was a feature found on the manor. In towns professional bakers began to appear too. The bread in the ladies’ baskets is made from a fine grain of flour but the protagonist of my novel, The Handfasted Wife, will on her travels be thankful for ordinary wheaten bread made from coarsely sieved flour. For the picnic they have honey-dumplings and cakes a little like crumpets. These are seasoned with lavender and cinnamon, cloves and cardamon which have travelled from Rome and beyond. They have little pastries with meat and today they contain a little pepper and cumin. The sweet pastries contain fruit and a hint of liquorice and cloves. 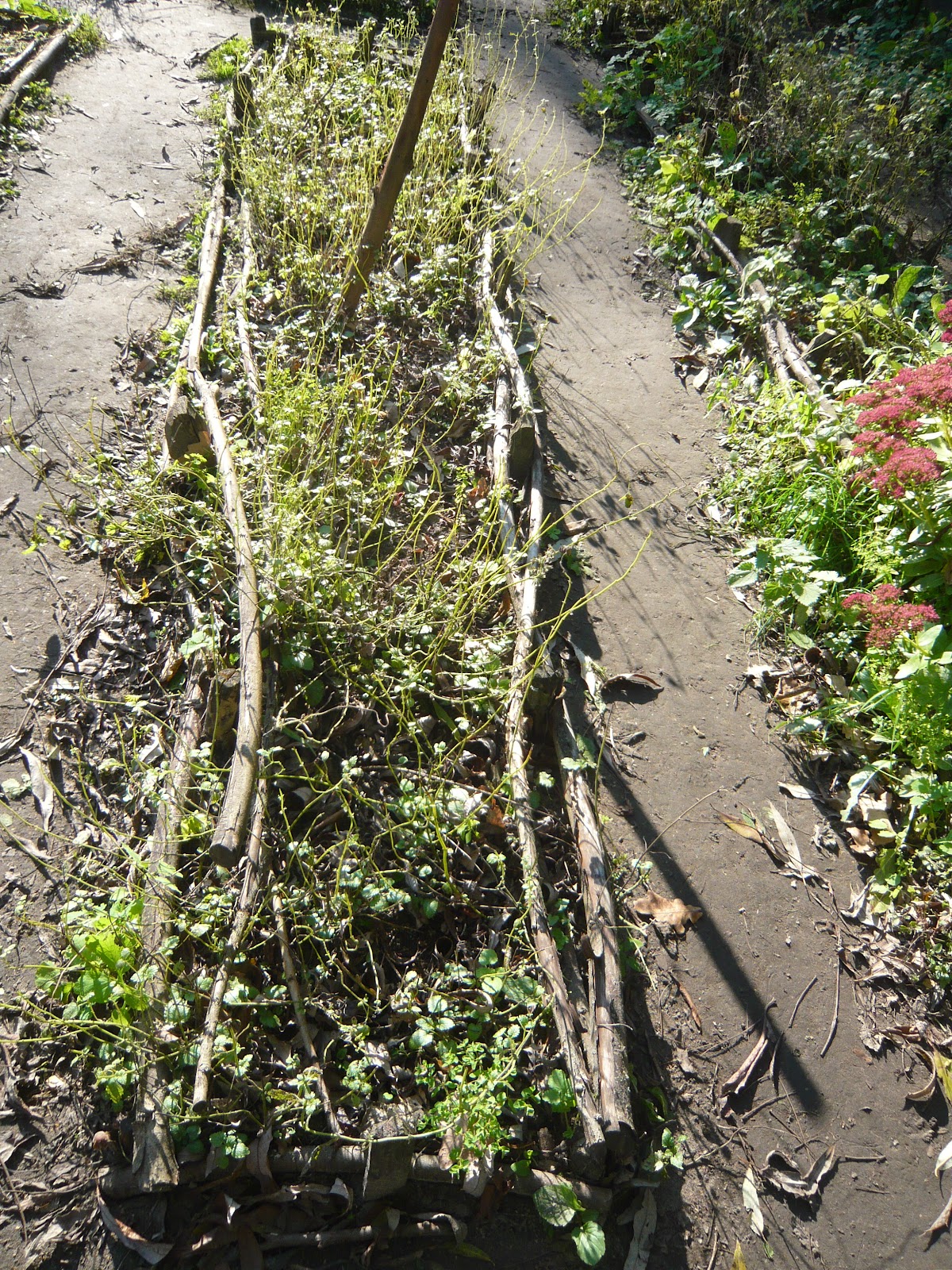 The third wicker basket contains vegetables and fruits. St Benedict decreed in his rule that the chief meal of the day should consist of two cooked dishes, followed by a third of vegetables and fruit. Grafting was known. Verjuice was a medieval invention devised to make use of grapes which remained unripe until the end of the season. It was also made from sour fruits, particularly in Northern climates. The fruit basket contains a pottery jar of pickled fruits and small onions in verjuice. There are wild woodland strawberries and nuts. There is a dish filled with cherries. Sometimes they ate apples, pears, plums and quince which grew on trees planted deliberately on the edge of the woods. These fruits were more palatable when stewed with honey. Elditha grows cabbages, leeks and wyrts or herbs in her kitchen garden. Today they will eat a salad of tum-cerse ( garden cress) and tun-minta ( garden mint) and a little hint of tun-melde ( garden orache). 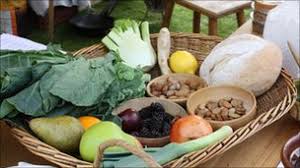 And finally if anyone leaves the picnic with a heaviness of the belly there is a remedy:

For heaviness in the belly: give to eat radish with salt, and vinegar to sip; soon his mood will lighten. (The Lacunga c. 1000). 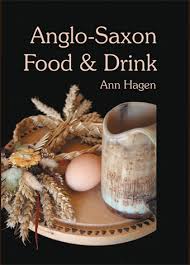 Bede, The AS Chronicles, The Bayeux Tapestry, Aelfric’s Colloquays and Anglo-Saxon Prose and Poetry.

All these are important primary sources for this period.