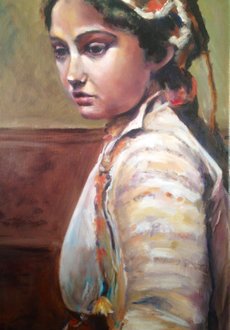 Have you ever wondered why we’re so drawn to vampire stories? Of course there is the intoxicating terror we get to experience without ever actually leaving the safety of our armchair. But is there something more? Vampire stories first entered print in the English-speaking world in the nineteenth century, when the idea of a man entering a maiden’s bedroom was both more shocking and more thrilling to a contemporary audience than we can imagine today. So the element of sexual fantasy or transgressive behaviour was always present. Le Fanu’s female vampire Carmilla notwithstanding, our abiding image of the Victorian/Edwardian vampire is of a male aristocrat preying on virgins. Whilst this fantasy remains popular – after all the Byronic hero is a staple of Regency Romance – twenty-first century vampires have adapted to social change.

It is sometimes said that our interest in vampires reflects a society in which aristocrats prey on the poor. This might seem to fit one the earliest vampire stories printed in English, Polidori’s The Vampyre. John Polidiri was Byron’s doctor and travelled with him to Switzerland, Italy and Greece. In his introduction to the tale he claims that vampire legends originated in Turkey. When his story was published in 1819 the vampire, Ruthven, was widely believed to be a thinly veiled portrait of Byron, already cast in the role of predatory aristocrat by English society. In The Vampyre as in Regency England, ‘society’ means the fashionable, leisured classes as opposed to ‘the folk’. So the characters Ruthven and his companion Aubrey can be seen as representing an elite society which is contrasted with the innocence of the representative of the folk, the Greek girl Ianthe who is Ruthven’s victim. Ianthe is sometimes described as a peasant, but her social status is not that clear cut. Her father is described as a Greek of Athens. Aubrey considers the folly of marrying ‘an uneducated Greek girl’, and yet we know that Ianthe has had a nurse. From such scant evidence we can’t assume that Ianthe belongs to the wealthy merchant class, but this seems to be at least as likely as that she is of peasant origin. It is her innocence, ‘so contrasted with all the affected virtues of the women among whom he had sought for his vision of romance’, that marks her as of ‘the people’ rather than of ‘society’. Of course the people, creators and carriers of folklore, are the source of vampire superstitions which circulated long before they were picked up by the educated classes and put into print.

It’s interesting to compare Stoker’s Dracula with the real life sadistic serial killer Elizabeth Bathory. Each held domains in a part Europe that was contested by the Austro-Hungarian and Ottoman empires. Both were able to prey unchallenged on the surrounding peasantry because of their aristocratic status. The question of the innocence or otherwise of the vampires’ prey in Stoker’s Dracula is far from straightforward. Lucy has been described as ‘outwardly rather dull and acquiescent’ whilst ‘her desire for three husbands suggests a degree of latent sensuality.’ It could be argued that by virtue of her sleepwalking, Lucy makes herself available to Dracula. In fact it is Lucy who goes on to prey on the most innocent and powerless members of society, the children of the poor. Her bourgeois/aristocratic champions show little care whether a child rescued by them is in turn vampirised, Van Helsing merely urging that ‘when you are sending the child home you will caution its parents to keep strict watch over it.’ Within the hierarchy of the novel, had Dracula chosen to prey only on the numberless poor he might have gone unchallenged. History furnishes plenty of evidence that the socially powerful are free to abuse the socially powerless. It has been said of Bathory that ‘her actions were in part an expression of tremendous sadism, and in part no more than an extension of the contemporary attitude towards the value of human life – especially that of people with no social standing; it was after all only when she began killing noble girls that Elizabeth’s crimes caught up with her.’ Similarly, Greece’s neo-Nazi Golden Dawn party’s frequent violent attacks on immigrants failed to generate a strong political response. Only the murder of an ethnic Greek in September 2013 and the ensuing public outcry finally led to investigations and prosecutions. 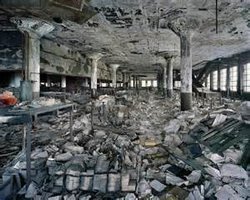 In Brown Girl in the Ring, Nalo Hopkinson’s late twentieth century novel, we are offered an imagined post-Capitalist world; the centre having collapsed, ‘investors, commerce, and government withdrew [. . .] leaving the rotten core to decay’. In the ‘doughnut hole’ left behind ‘the people’ remaining in the city are by definition powerless. They struggle to survive, recreating a life out of the residue of a society that has abandoned them. They reinvent a system of trade involving exchanges of goods and favours, farming the city’s parks and hunting. (Interestingly, some cities have recently established community farming in park areas. See, for example http://cityfruit.org.) The other remaining group are those who ‘saw the decline of authority as an opportunity’. Rudy, firmly in the opportunistic category, has seized the chance to set up his own fiefdom. Like a caricature of an evil medieval overlord, he rules through violence and fear. With his bloodlettings and flayings, his enjoyment of cruelty for its own sake, he rivals Bathory in sadism. On the one hand, we could compare Rudy with the aristocratic, fashionable, leisured class of early vampire fiction, but he is not so far removed from the source of his wealth. He is perhaps more closely akin to a Wallachian Boyard who maximises the corvée he can extract from the serf. Melba has been turned into a zombie as a punishment for ‘holding back some of she earnings from me.’ He seems to exemplify the ‘boundless thirst for surplus-labour’ and ‘compulsory working to death’ that Marx associates with slavery and that Hopkinson perhaps encourages us to associate with contemporary people trafficking and sex slavery. (A young woman forced into heroin addiction and sex work on the streets of Athens has a life expectancy of just twelve months.)

Ti-Jeanne of course does not have the sexual innocence of Polidori’s Ianthe, and unlike Ianthe, she is somewhat resistant to folklore and belief in the supernatural. Doubting the efficacy of Gros-Jeanne’s traditional remedies, she ‘slipped some vitamin B tablets and a tube of anti-inflammatory cream into Mr. Reed’s package.’ She feels fear ‘like ice in her chest’ when she experiences visions, ‘the gears slipping between the two worlds.’ Gros-Jeanne is the guardian of old knowledge, both medicinal and magical. Like Ianthe’s nurse, she is the carrier of folk culture and she warns Ti-Jeanne: ‘if you don’t learn how to use it [her visionary power], it will use you.’ In Brown Girl we might see the politician Uttley as the ‘aristocratic’ element. She manipulates from afar, never getting her hands dirty or committing a crime. There is a kind of cascading down of vampiric exploitation through the social structure. Uttley gets a nice clean heart in a sterile environment. She sends Baines to Rudy, Rudy instructs Crack to find Tony, and Tony commits murder, preying on ‘the folk’ as represented by Gros-Jeanne.

Twilight notwithstanding, it is surely a given that vampires should be predatory. Looking at a selection of contemporary vampire fiction, it seems that the classic stereotype of a mature, aristocratic male in an opera cloak is open to every form of subversion and reinterpretation. Fangs and garlic are no longer obligatory elements. In Laurell K. Hamilton’s Guilty Pleasures, vampires seem to be just one of many coexisting subcultures, albeit one whose members demonstrate some anti-social vices. Rather than having elite status, they are portrayed as an oppressed minority group. In Lost Souls by Poppy Z Brite, we meet vampires who are hedonistic wannabe rock stars, a more contemporary form of predatory ‘aristocracy’ perhaps. Fashionable and leisured, their cultish appeal engages with our cultural obsession with celebrity, amongst many other things. Brown Girl, with its layered society, is perhaps atypical of contemporary vampire worlds. Hamilton and Brite foreground communities that comprise various interest groups and subcultures in which ‘society’ and ‘the people’ are less easily differentiated. Brown Girl and Stoker’s Dracula both explore communities that are more obviously stratified, though still complex. I am not aware of any fiction where the vampire predates upwards. The disenfranchised politically aware vampire who preys on the powerful is perhaps an intriguing character in search of an author.

There is no sign of a waning in our fascination with the vampire as a protagonist, but in today’s post-Freudian, post-feminist, post-truth world she or he has travelled a long way from the soil of the Ottoman Empire. The vampire is a persistent cultural meme, following the Darwinian imperative to adapt and survive.

Theresa Stoker is an aspiring writer based in Lancashire and the Peloponnese. She writes stage comedies, short stories and is currently working on a novel set in a Greek village. She won first prize in Blackpool Grand Theatre’s Grand Words competition for short comedy plays, and for the RAC’s Driving in Europe short story competition.

Thank you, Theresa, for contributing to The Hub